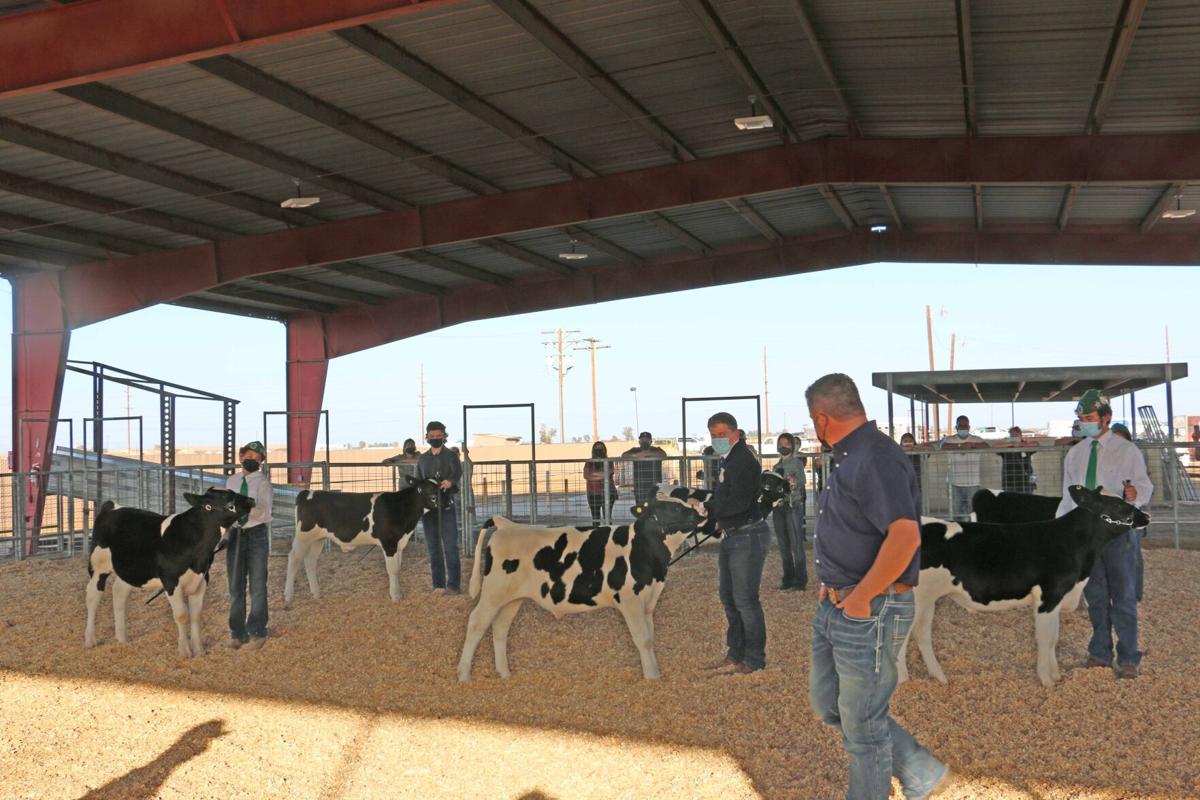 Show judge Brad Montes looks over the highest-rated group of feeder calves from each weight class to select the champions. 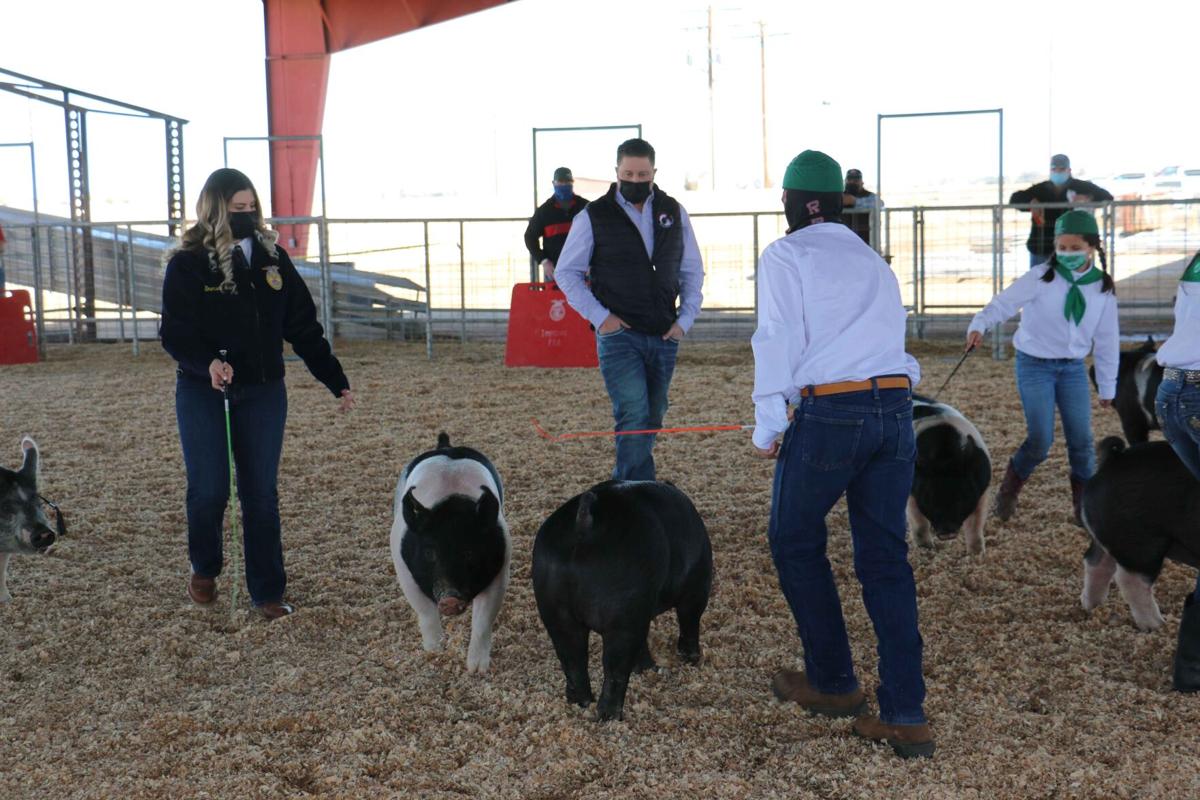 Youngers from 4-H and Future Farmers of America show their swine to judge Brad Montes. 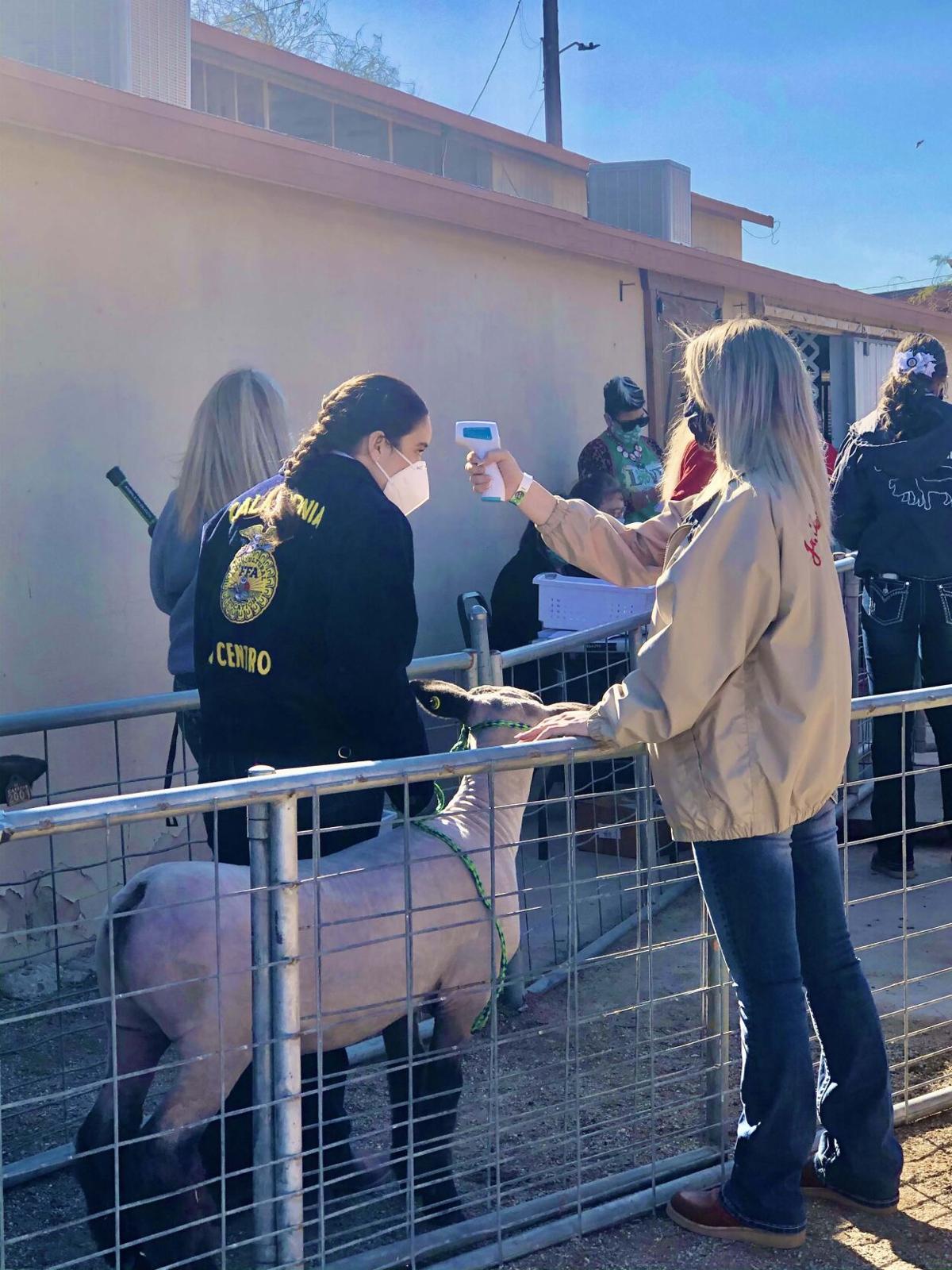 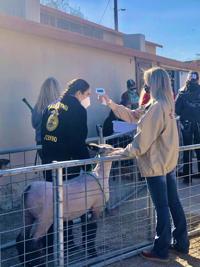 A member of the El Centro FFA receives a temperature check during the market lamb weigh-in process. 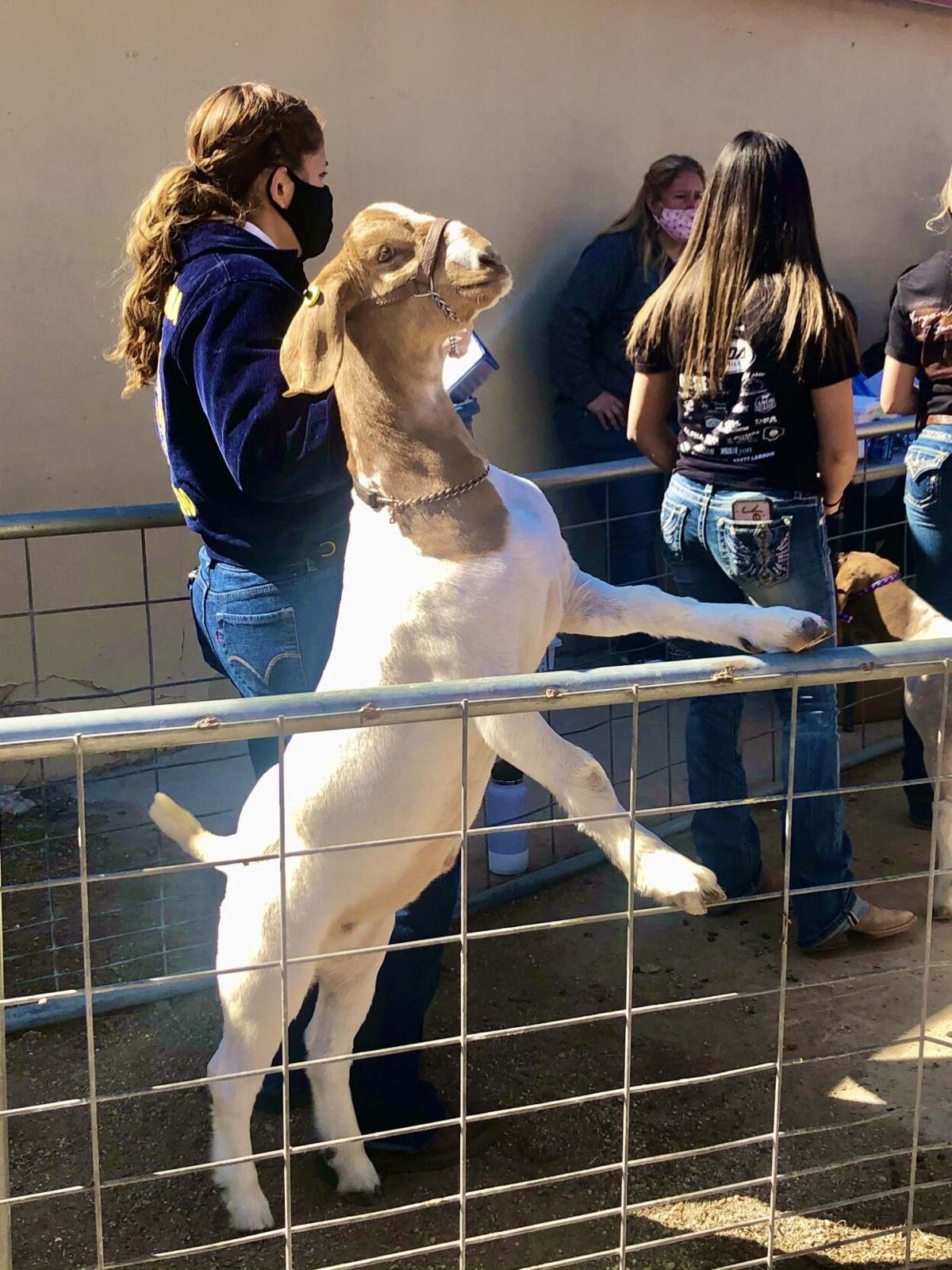 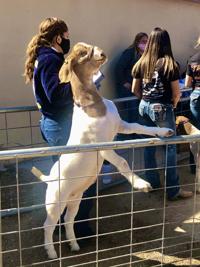 A market goat checks out the premises while awaiting weigh-in.

Show judge Brad Montes looks over the highest-rated group of feeder calves from each weight class to select the champions.

Youngers from 4-H and Future Farmers of America show their swine to judge Brad Montes.

A member of the El Centro FFA receives a temperature check during the market lamb weigh-in process.

A market goat checks out the premises while awaiting weigh-in.

IMPERIAL – Nearly 230 youngsters from the Valley strutted their animal in a show ring Thursday through Sunday in a market animal grading performance that substituted for the California Mid-Winter Fair’s junior livestock show in this COVID 19-impacted year, according to a recent fair press release.

Participants included members of Future Farmers of America, 4-H, and Grange, as well as independent exhibitors.

Animals that showed were steers, feeder calves, swine, goats, and market lambs. While this year’s fair has been canceled due to the pandemic, the grading show was allowed because the California Department of Food and Agriculture has determined that market animals are essential to the food chain, per the release.

However, there were strict limits, and there was no auction or showmanship competition. The show's rules limited the number of people who could be on the grounds to those directly involved in the exhibition, which could number no more than 100 people at any one time.

According to the release, the show also was “terminal,” which means no participating animal could be taken home or sold to any buyer other than a designated meat processor. The project animals were transported to the processors immediately after the day’s exhibition was completed.  Youngsters received the market price for their animals, although the fair will be holding an on-line add-on process that will allow the community to contribute to the exhibitor projects.

Judging the exhibitions was Brad Mendes, an animal sciences lecturer at Fresno State University and a member of the university’s livestock judging team.

And in a first for the livestock events, the show was live-streamed over the fair’s website.

“All in all, the show went very well,” said Alan Phillips in the release, fair Chief Executive Officer. “While we obviously would have rather had our traditional fair and livestock events, we did learn a lot from this grading show. And most importantly, our local youth exhibitors had an opportunity to present their livestock projects before a judge.”

The winners in the grading show were: