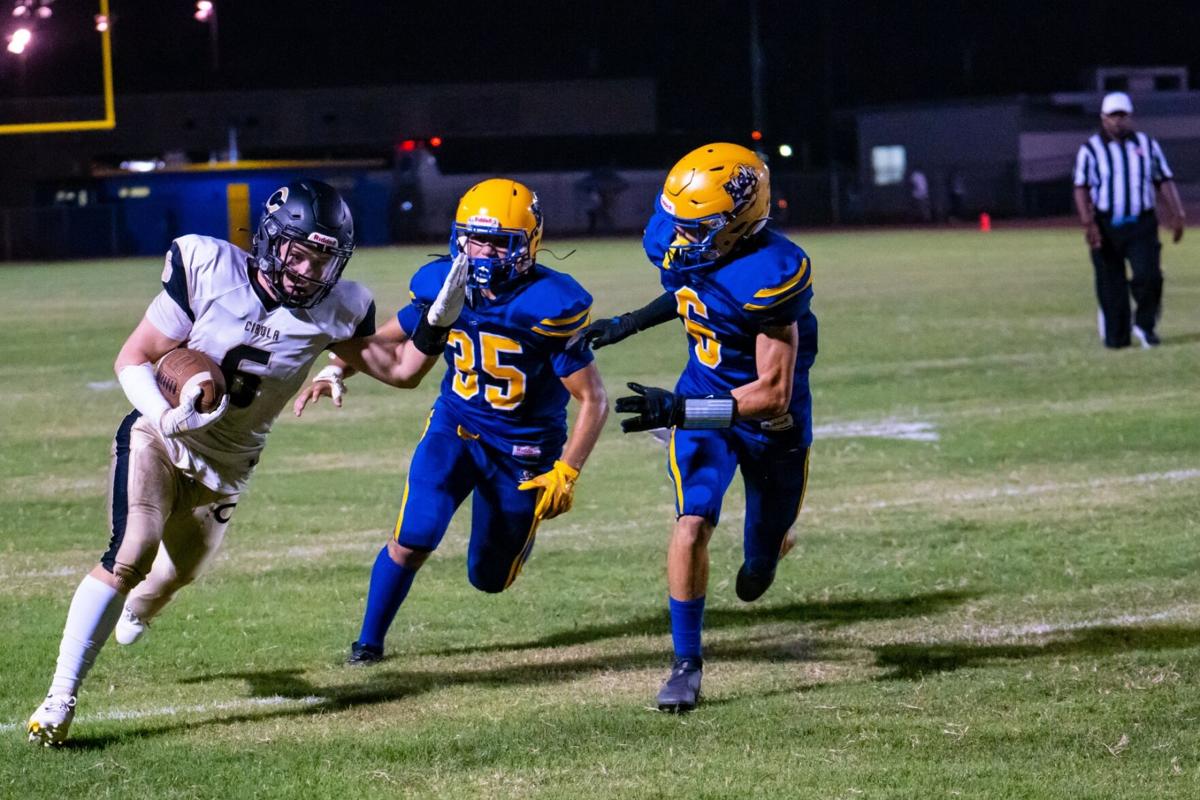 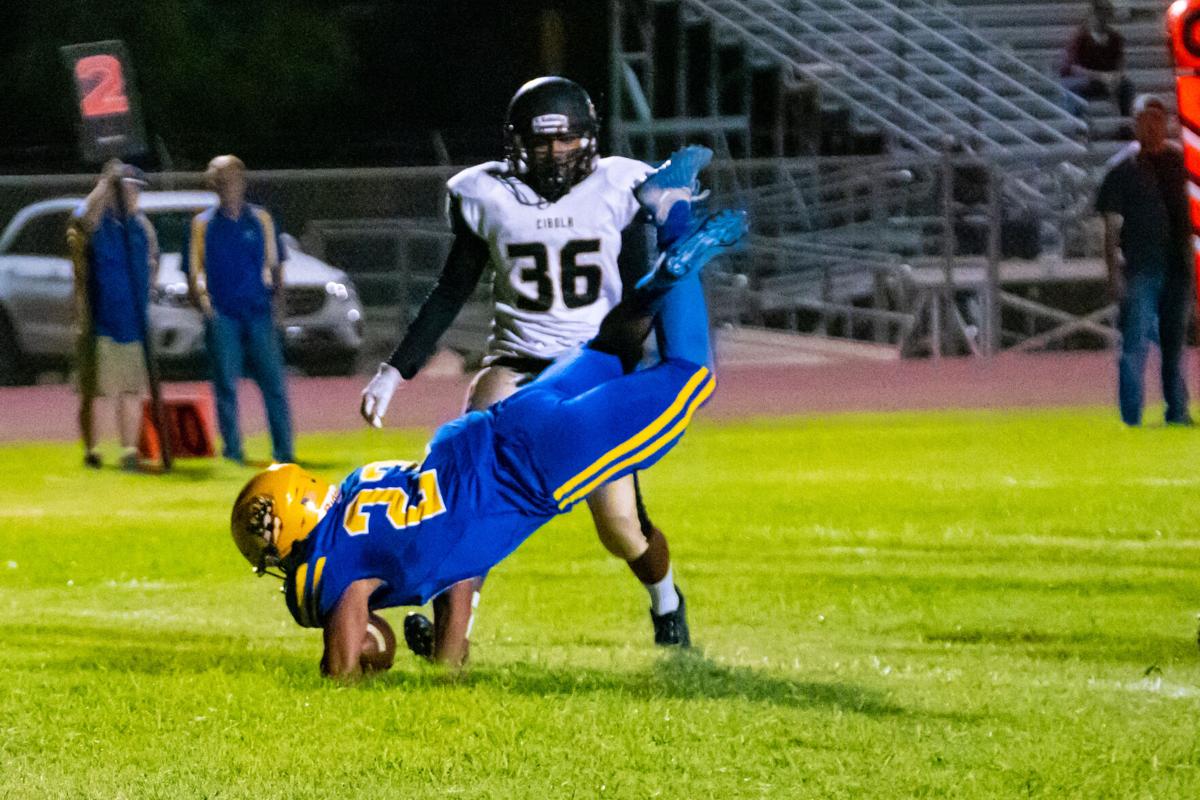 Wildcat Isaiah Young diving into the end zone for a second touchdown against the Cibola Raiders. Photographer Ernest Ramos 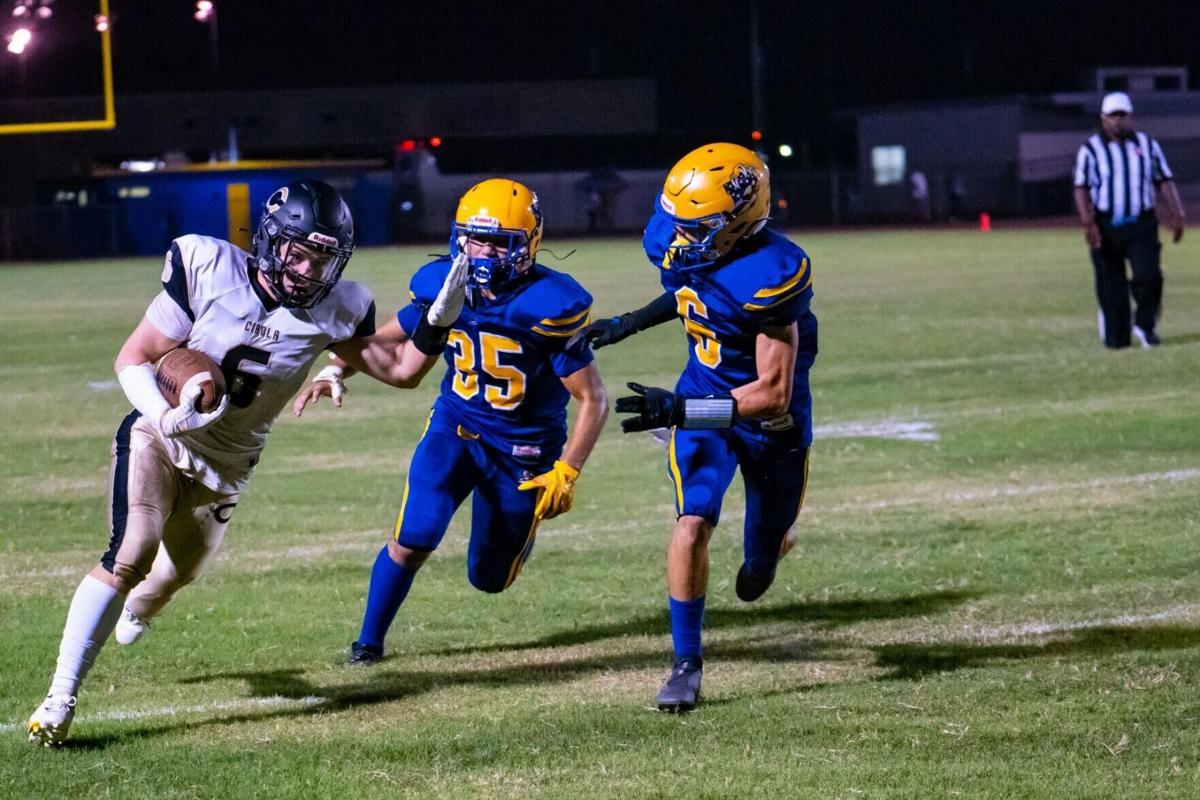 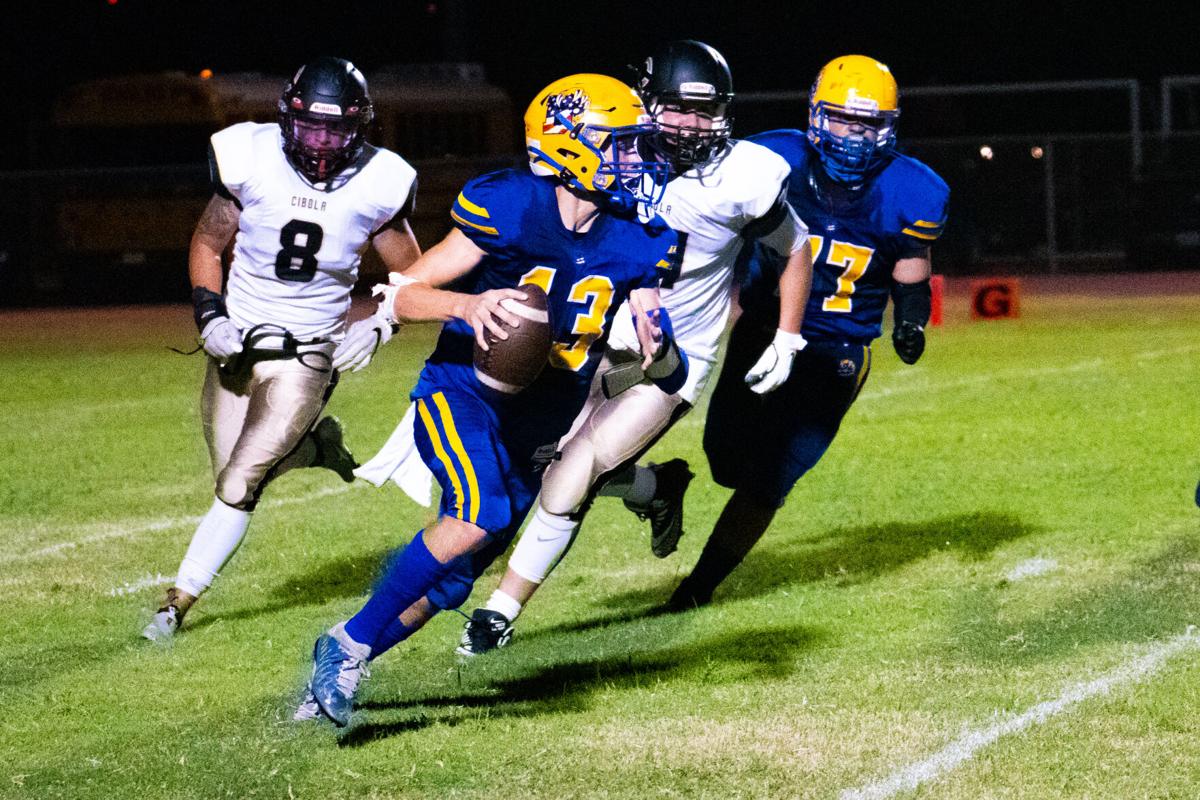 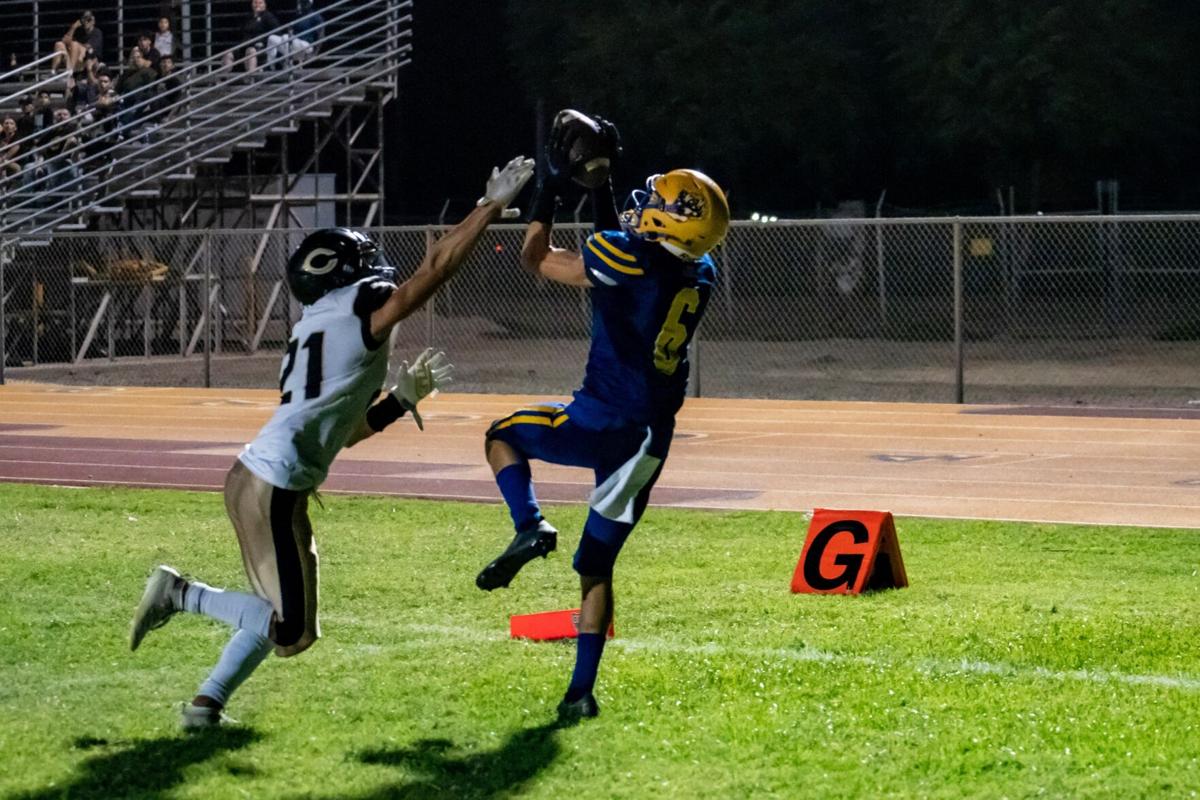 Brawley Wildcat #6 Daniel Camillo scored the last TD of the game with a pass from QB Ethan Gutierrez into the end zone.

BRAWLEY — Coach Jon Self and his Brawley Union High School varsity football team finally enjoyed the hospitality and tradition of its first home fall football game in two years when they hosted the Raiders of Cibola High of Yuma, Arizona Friday, Sept. 10, where the Wildcats secured a 49-6 victory.

An explosion of offense showcased the talents of a young football team that has had a tough schedule for the 2021 fall season. One lone touchdown in the third quarter by the Cibola offense was overshadowed by a Wildcat offense of six touchdowns and one more via special teams as Brawley evened their overall record to two wins and two losses.

BUHS also honored 13 fallen servicemen that evening, which brought all fans to their feet in paying respect to the nation and its heroes on the 9/11 week.

The opening kickoff provided the potent Wildcat offense its first opportunity to put points on the scoreboard. It took 44 seconds and two plays as senior running back Isaiah Young (nine carries for 131 yards and one punt return touchdown) hit the end zone on the second play of the game. A 50-yard touchdown run by Young quickly put Brawley ahead 7-0 with 11:14 left in the first quarter.

The Raider offense suffered as it punted the ball after only three plays.

Brawley began on their own 45-yard line. Ten plays consumed much of the first quarter and the Wildcats increased their lead to 14-0 with just over four minutes into the opening stanza.

Cibola’s next offensive possession did not fare any better other than a lone first down. Brawley went 50 yards on 10 plays. Young’s second touchdown, a 9-yard run, widened the margin to 14-0 and just under five minutes left in the first quarter.

A single first down didn’t spark any offensive production and the Wildcats got the ball back.

Six plays in the first quarter were followed by three more in the second as the Wildcats jumped ahead 21 points with a Young 19-yard rushing touchdown. The scoreboard 10:51 with a 21-0 Wildcat lead.

The Raiders had a lone first down conversion but nothing else while Yuma’s running back, Isaac Rios, increased his stats with 20 carries for 120 yards in the game.

The Brawley offense had a seven-play drive increase the 21-point lead to 27. Mehkye Washington caught his first score of the season with a 12-yard touchdown reception.

With 5:30 remaining until halftime, the lead increased on a play that caught the Cibola special teams players unexpectedly. On a Raider punt to Brawley, no one was eager to down the rolling rock on the grass. Young surprised those on the field and those watching in the stands when he scooped up the gift and ran for 47 yards to provide the halftime score of 34-0.

Cibola caught the Wildcats by surprise on a 52-yard pass play early after the kickoff was received by the Raiders. A two-point conversion was successful, and the Wildcat lead was 34-8.

QB Ethan Gutierrez provided 47 yards of the offense 55-yard drive to increase the lead to 42-8. A 47-yard run paved the way for a shorter touchdown by Gutierrez. Late in the third quarter had the last touchdown of the game with a pass by Gutierrez to Daniel Camillo. The 49-6 showing on the scoreboard remained until the final buzz of the scoreboard ended the game.

The Wildcats will return as hosts at Warne Field as they will play against Gila Ridge Saturday, Sept. 17, at 7 p.m.