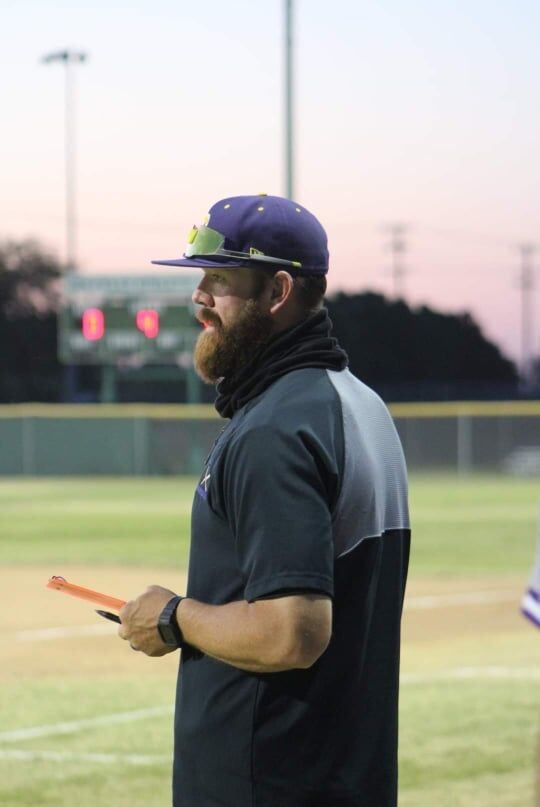 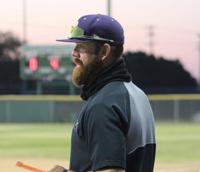 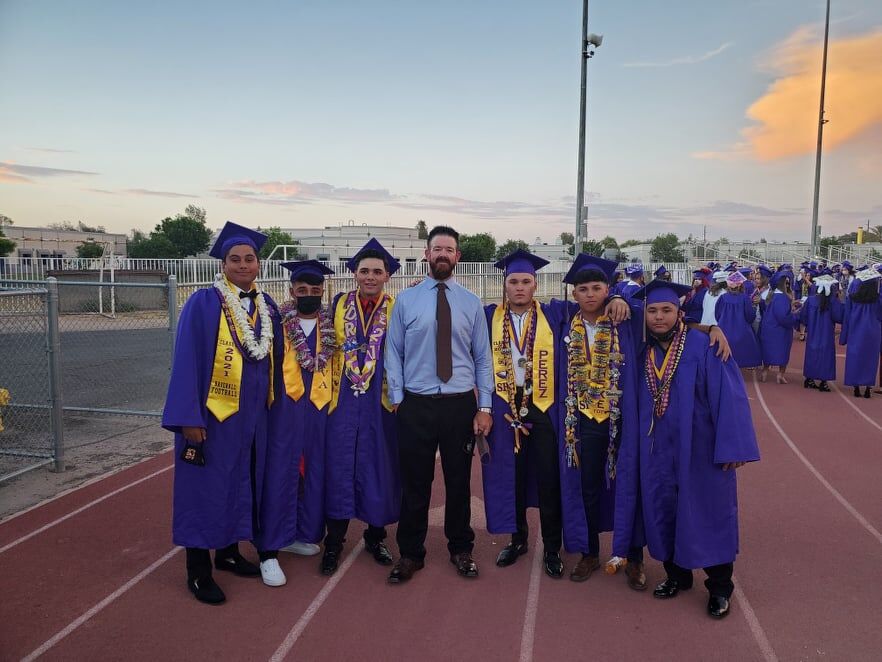 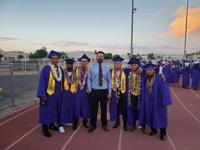 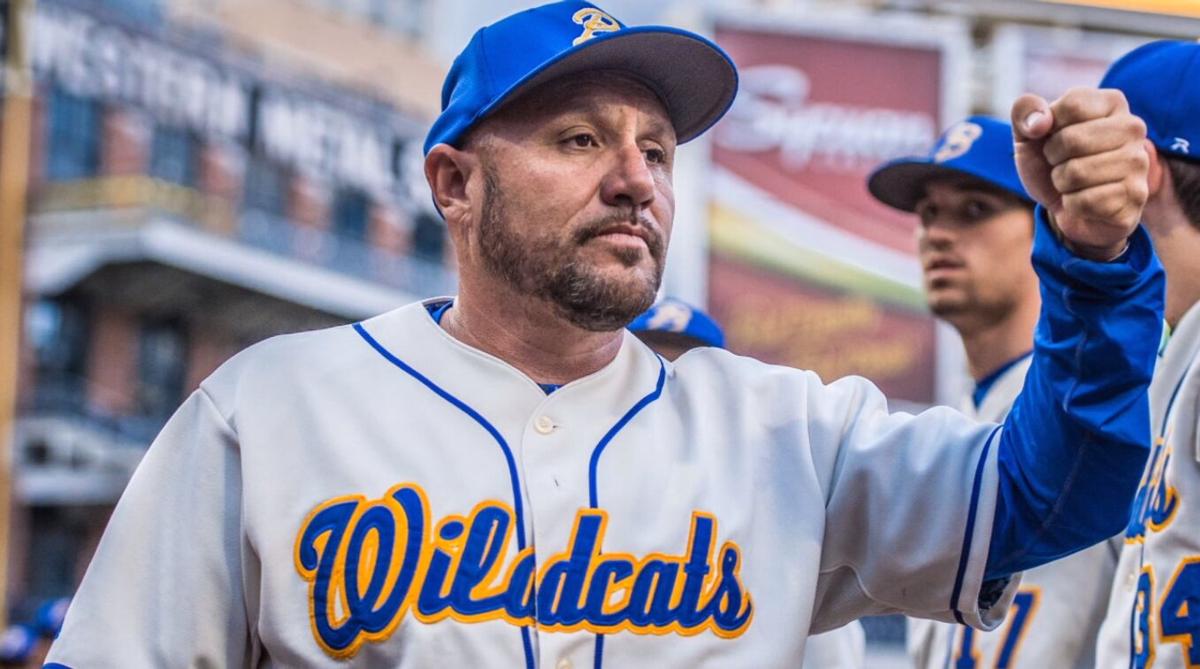 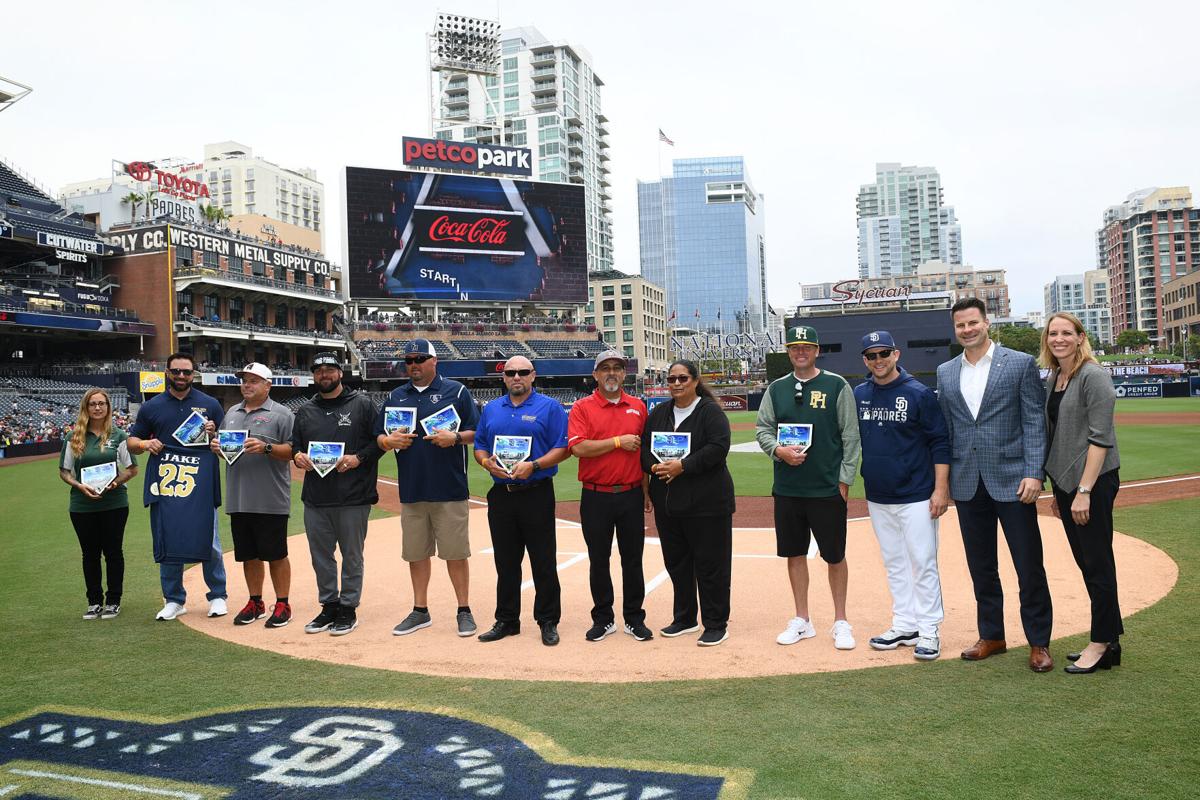 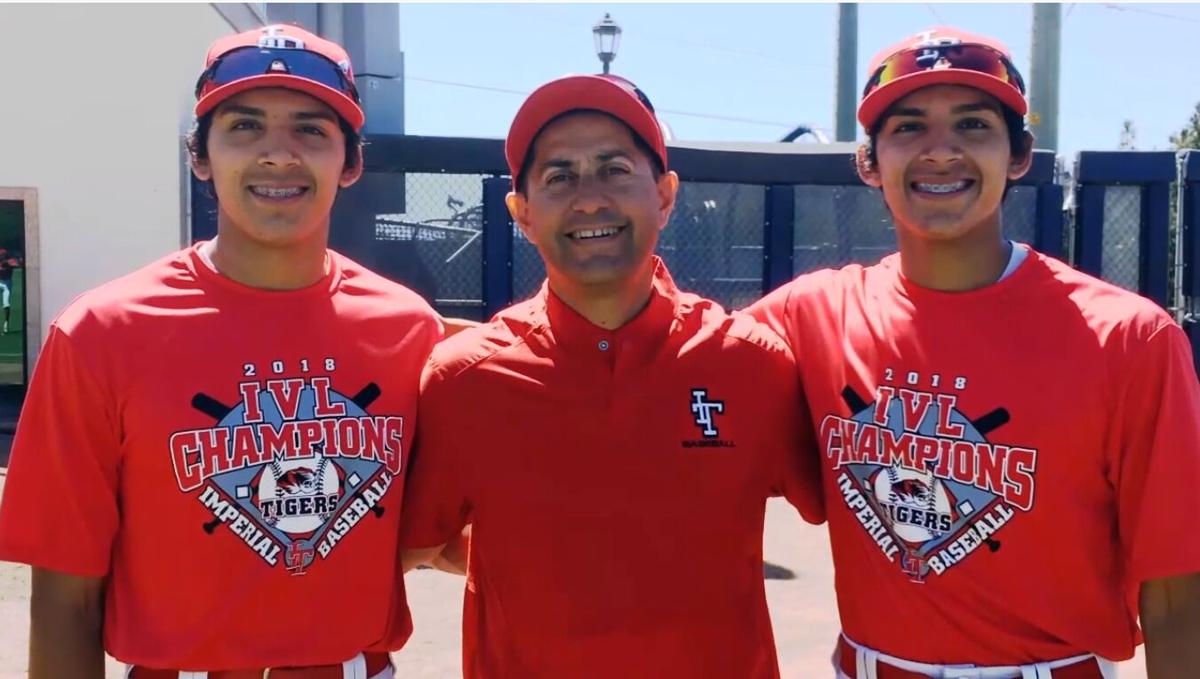 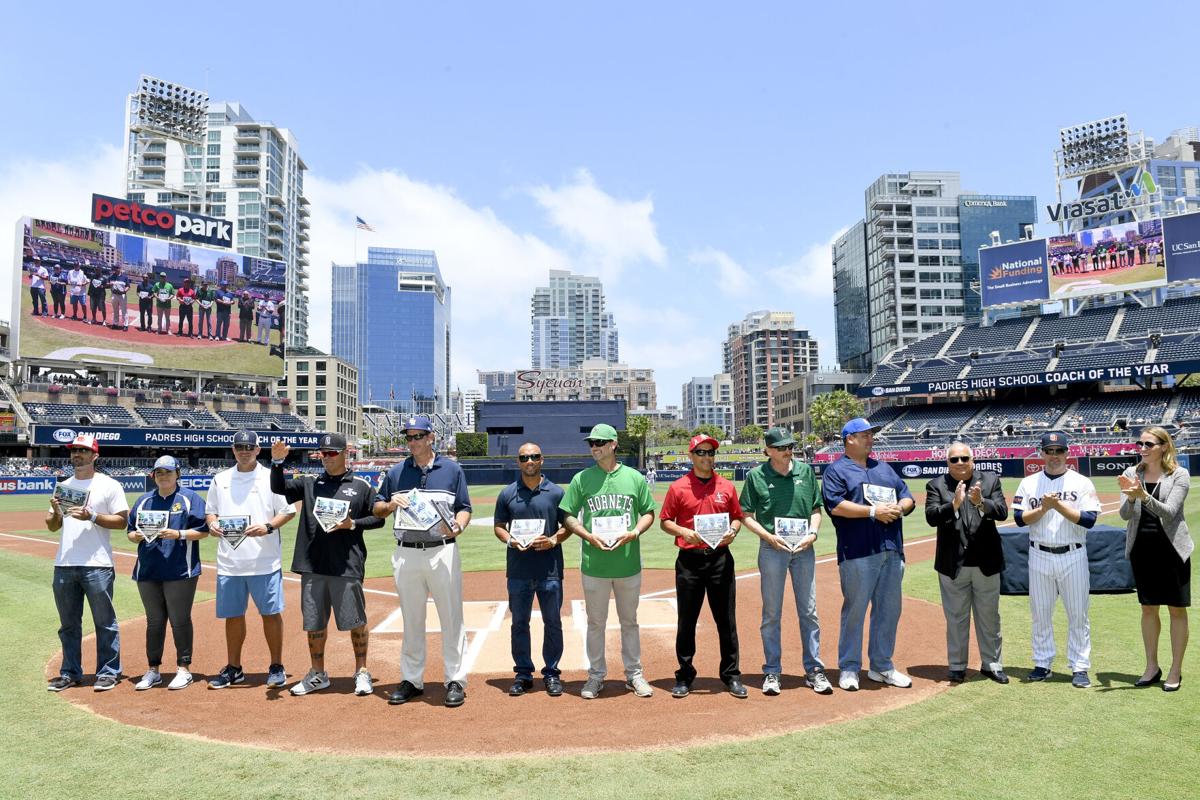 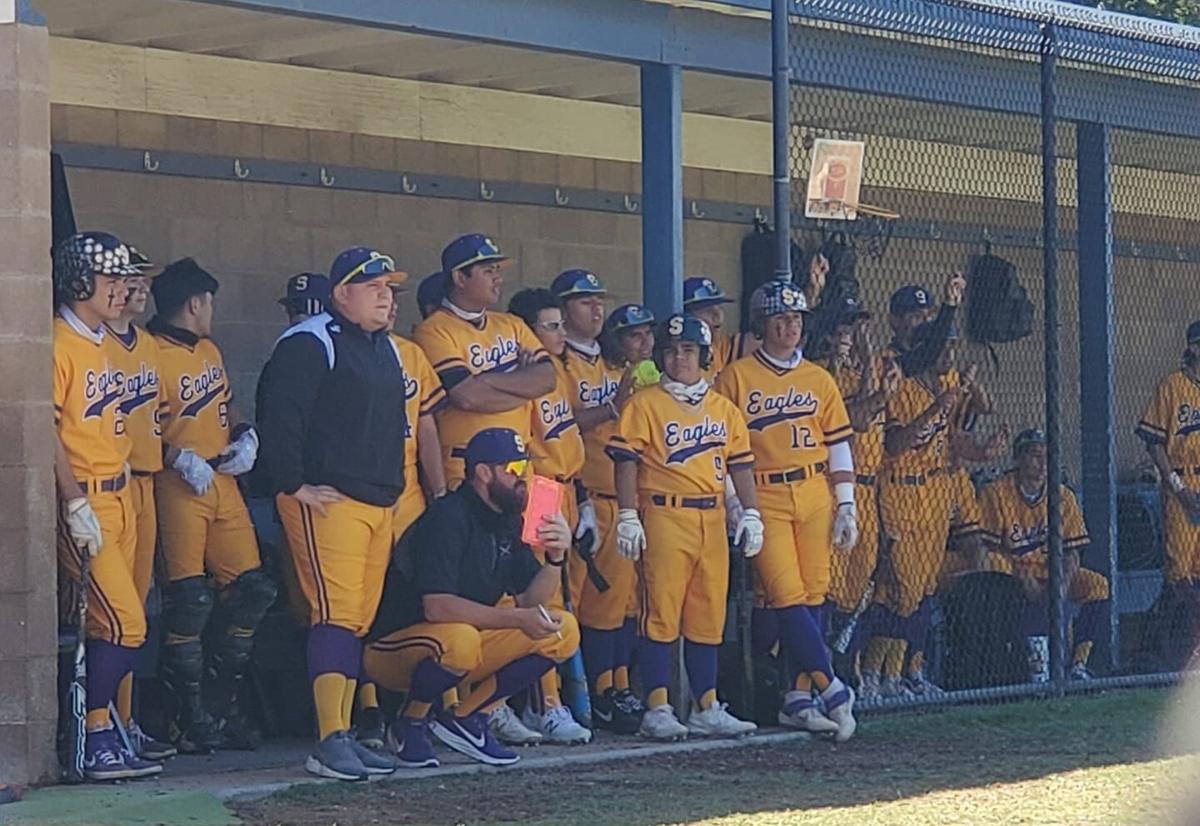 "How did they get you even at the field," the boy asked his father. “It's us,” his brother Mannix Redden said as a family picture appeared on screen. “It’s us,” Myles repeated. “It's me!"

This was the scene from the family’s home as Southwest High School Varsity Baseball Coach Matt Redden was honored by the San Diego Padres and Bally Sports San Diego, being picked as one of their High School Coaches of the Week.

Redden joins five other coaches — all from high schools in San Diego — honored by the San Diego Padres ball club for Coach of the Week honors in the abridged 2021 high school baseball season. Redden is the only coach from the Imperial Valley to be honored by the Padres in 2021.

Redden also joins what is now a trio of Valley coaches to have been honored by the Padres as Coach of the Week since the program’s inception in 2018.

Longtime Brawley Union High School baseball Coach Pedro Carranza received the honor in 2019 while Imperial Tigers’ baseball Coach Javier Ramos was the first from the Valley to receive it in 2018, the year the program was started, said Bill Johnston, San Diego Padres vice president of community relations. No Coach of the Week or Year occurred in 2020 due the pandemic.

Johnston said the Padres ball club started the program to “find ways to recognize teachers and coaches and people that really make a difference in the lives of young student athletes.”

“Coaches are too often either taken for granted or just forgotten for their contributions to the overall mental health and education of our youth,” Johnston said, “and so we thought — obviously with the Padres being a baseball team — we wanted to recognize what high school baseball and softball coaches do in terms of serving as role models, mentors, and leaders for student athletes.”

Johnston said information about the program is given by the Padres to athletic directors, high school principals, and the like at the local level and nominations are selected by their referrals.

He said the awardees are chosen by San Diego Padres and CIF San Diego Section members for the Coach of the Week honor, with CIF commissioners past and present being a valuable resource to the Padres when it came to knowing about worthy coaches from the Imperial Valley.

Johnston also said the honor doesn’t correlate directly to win-loss records on the season but that “really the most important factor that is taken into account is the nomination we receive about the coach.”

“I think we look at so many different positive aspects of who they are, their contributions to the school, their program, their longevity is taken into account at times … there was no demographics in terms of location taken into account,” he said.

“We're trying to recognize their character as individuals and leaders as opposed to their wins and losses on the field,” Johnston said. “We want to make sure that these coaches are recognized by the Padres and we believe in what they do.”

Redden, like Carranza and Ramos before him, was floored when he got the phone call telling him he was selected as High School Coach of the Week.

“They called me last week-and-a-half ago and I thought it was a prank call because I’m a diehard Padres fan,” Redden said. “They’re like, ‘Hey this is so and so from the Padres,’ and I’m like, ‘(Yeah) okay….’”

Redden said after he realized it was legitimate he was excited to hear he and the other 2021 coaches will be presented the Coach of the Week award during the pregame of an upcoming Padres game on June 25.

“Me and one other person get to sit in the owner’s suite to watch the game … so after the phone call my (eldest) son goes, ‘Hey dad, he didn’t say it has to be an adult that goes in the suite with you right?’”

“I said, ‘What do you mean?’ He goes, ‘You know exactly what I mean,’” Redden said. “I said, ‘Mannix I think mom is going to have to take that one from you this time bud.’ It was just kind of funny the way that all happened … I'm super, super excited about it.”

Brawley Varsity Baseball Coach Pedro Carranza said he was “unaware, very surprised, and very humbled” by his Coach of the Week recognition in 2019.

“I don’t know who nominated me (but) it was based on my tenure, not based on the year really,” Carranza said.

“In my opinion it was more of a credit to my assistant coaches than me because I’m wise enough to know that without my coaches, I’m nothing,” the veteran coach said in an interview after wrapping up the 2021 season.

At the time of his nomination, Carranza had been coaching 19 years, according to the “Padres POV” video on BallySports.com. The video aired on what sports enthusiasts call “the Padres channel,” which is actually Bally Sports San Diego now but was Fox Sports One when Carranza’s video aired on May 26, 2019.

“You're always surprised, right? The initial reaction is of surprise and it quickly turns into gratitude … shock and then gratitude I guess,” Imperial Varsity Baseball Coach Javier Ramos said of his 2018 High School Coach of the Year award.

Ramos said what the three coaches have in common are a want to give back to their communities and being appreciative of the coaches who coached them, “who showed us and guided us, so it’s kind of paying it forward so to speak.”

“We obviously had good examples and good role models and now we get to apply those same principles that were beneficial for us as young men,” Ramos said. “Now we get to share that through the game we all love and have been playing and coaching for as long as we can remember.”

“And that's every coach in the Imperial Valley; I don't think anyone of us are any different,” he said. “We go in there hoping to teach kids about life and then also have them learn about baseball, and I think when you add those two things together, it translates into good things.”

For Redden in 2021, the Coach of the Week awards ceremony and Coach of the Year announcement falls on his birthday, June 25, when the Padres will be facing the Arizona Diamondbacks at Petco Park.

Johnston said the plan — COVID restrictions permitting — is to have the coaches be on the field at Petco Park for the pregame in person to receive their Coach of the Week awards. The Coach of the Year would then be announced at that time.

Redden said he hopes to be the first coach from the Imperial Valley to win Coach of the Year but he doesn’t want to count his San Diego chickens before they hatch.

“I know (Matt) well, he's an outstanding guy. He's one of the good guys; he's about student athletes,” Carranza said. “I'm very proud of him and his accomplishments.”

Ramos said, “He’s committed, dedicated, and supports his students as athletes and humans, so it speaks highly of him and his ability to get through to young men.”

“I don’t like him when I play him,” Ramos joked.

All San Diego Padres/Bally Sports High School Coach of the Week videos can be viewed on ballysports.com by using the search bar.

The San Diego Padres face the Arizona Diamondbacks at Petco Park on Friday, June 25, at 7:10 p.m.