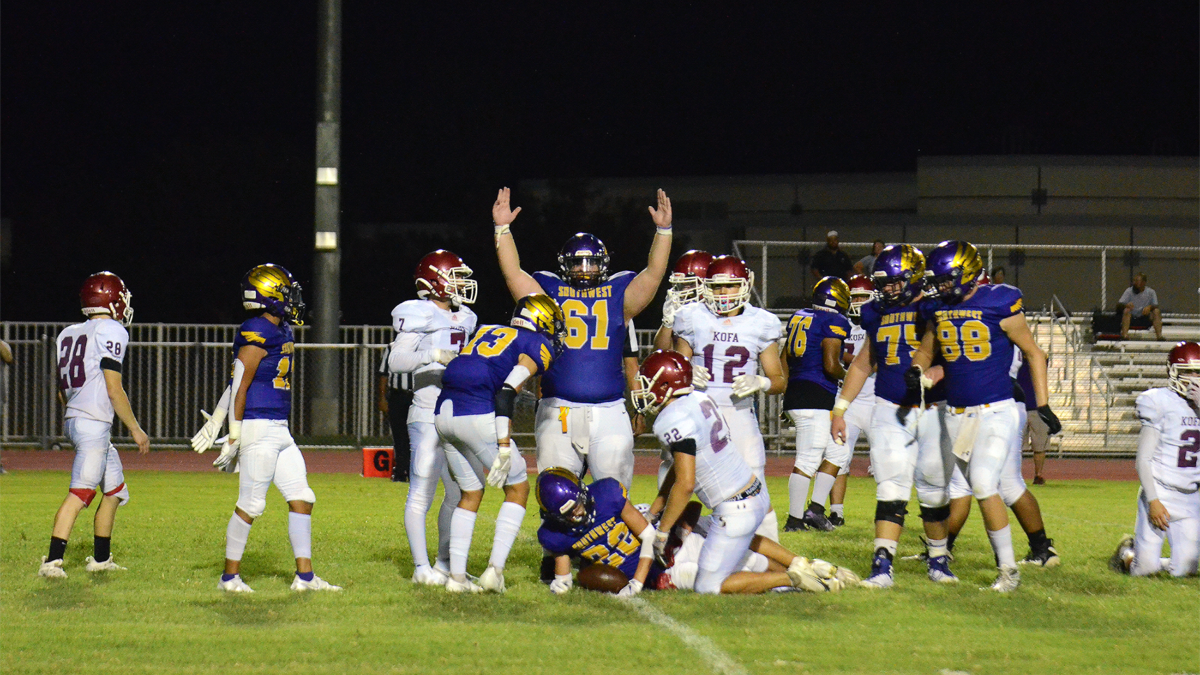 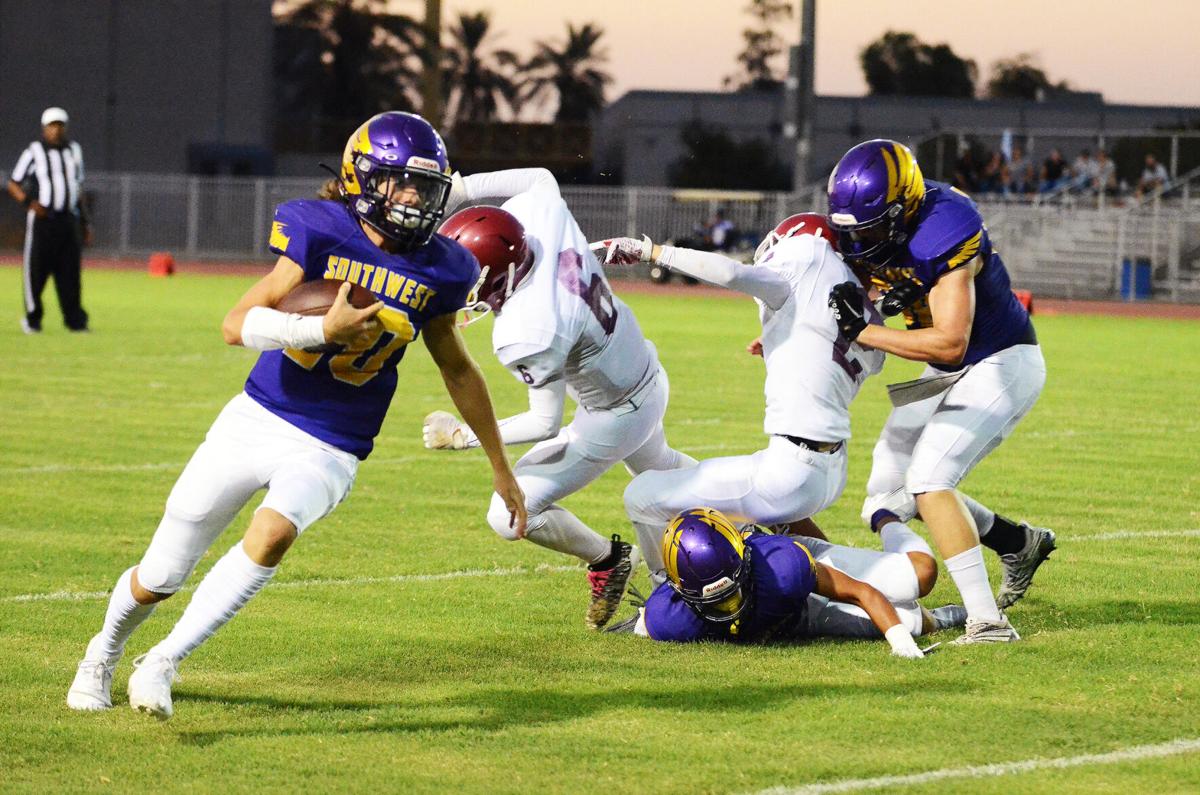 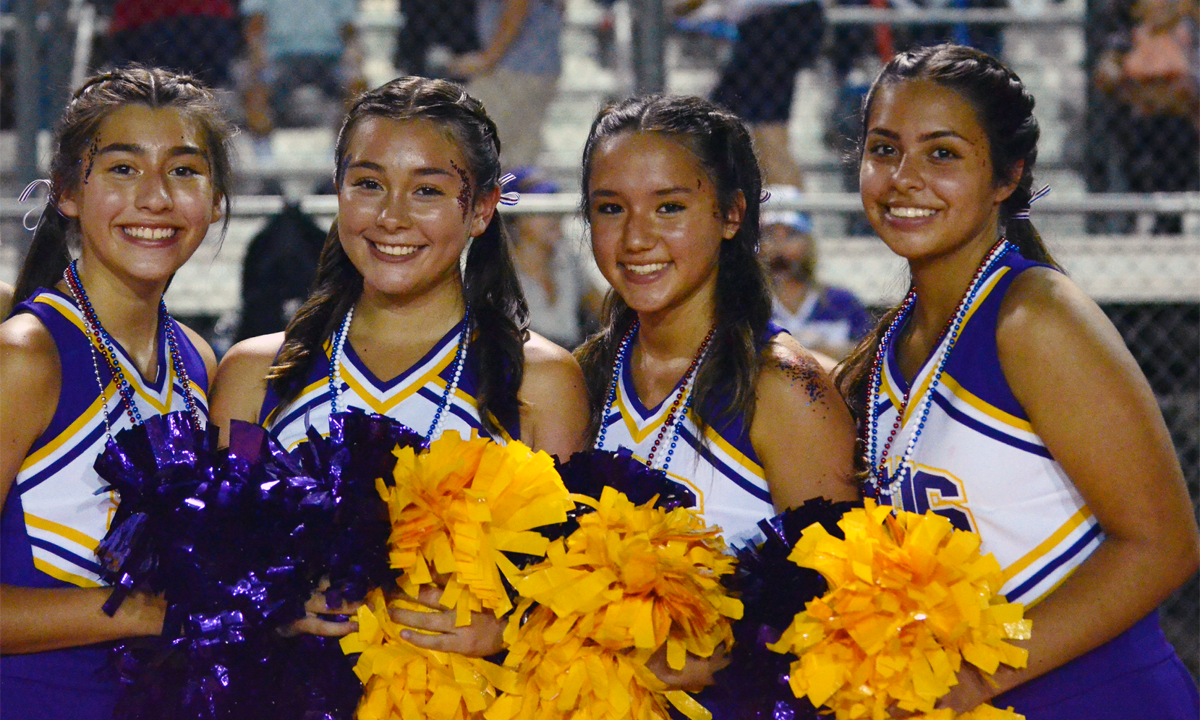 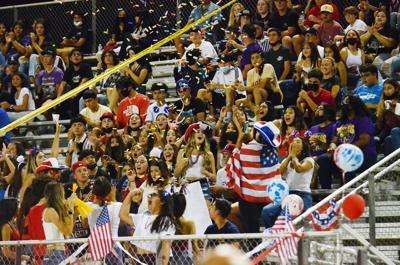 The Eagles received and utilized a nine-play, 46-yard opening drive to penetrate into Kings’ territory at the 25-yard line. Kofa forced and recovered a fumble but a botched punt after four-and-out saw Southwest in prime real estate again with possession. As Southwest reared back to strike, the Kings once again avoided a conceded score with an end zone interception. On the ensuing drive, the Eagles held Kofa to four snaps and regained possession close to home after a stopped fake punt attempt.

On first and goal, Estevan Mcdonough carried the ball into pay dirt for a touchdown run from 9 yards out. The Eagles went up 7-0 with 3:11 left in the first quarter.

Southwest’s defense continued to roll into the second period as the Eagles shut down Kofa’s third offensive drive from scrimmage, which led to another Kings punt attempt.

Southwest initiated possession at the Kofa 41-yard line at the 10:37 mark of the second quarter. On a fourth down and short scenario, the Eagles decided to go for it as Logan Jungers stepped back into the pocket and hit Nate Smith in the numbers on a sideline streak amid double coverage. The 29-yard bomb situated the Eagles inside of the 10-yard line. Mcdonough took a handoff downhill and bruised through the Kofa d-line for a 7-yard touchdown. The Eagles pulled ahead 14-0 after the made point after attempt.

Kofa’s offensive struggles continued on their next drive as the Kings struggled to move the rock out of their own territory. On a bad snap, Southwest’s Emiliano Hernandez pounced on the ball, which awarded possession back to the Eagles near the enemy 30-yard line. With 4:48 remaining before halftime, Jungers added another scoring strike to his stat-line when he connected with Derik Mankin from 23 yards out. The Eagle lead ascended to 21-0.

Kofa eventually cracked the goose egg on their next possession by way of a 65-yard breakaway touchdown run.

Right when it appeared the Kings were shifting momentum, Southwest gobbled up nearly 50 yards of real estate in five plays, which was capped off by a Nathan Rodriguez barreling goal-line draw play. The Eagles took a 28-6 lead into the locker room at intermission.

Kofa’s special team woes continued after halftime during another punt attempt when Southwests’ Sebastian Espinoza slipped through the Kings’ line, blocked the kick, and recovered the ball in the end zone. The Eagle lead ballooned to 35-6 just minutes into the half.

Southwest took a commanding 42-6 lead by way of a Mcdonough ground-game hat-trick from the Kofa 9-yard line at the midway point of the third quarter.

With 0.8 remaining before the final period, Seneca Haines bulldozed his way across the goal-line, William “Refrigerator” Perry style, and logged a rushing TD of his own right, which catapulted the Eagle advantage to 48-6.

The fourth quarter bore no more fruit as the accelerated clock kicked in at the 40-point advantage mark.

Southwest held on to the 48-6 victory while conceding no points in the entire second half.

“Our offensive line played pretty well,” said Southwest head football coach, John Haines. “They were able to move people, they executed fairly well, and I was pleased with their performance up front. Our guys were where they were supposed to be and when they made a mistake, we took advantage of it. We did a good job at stopping the run, which kind of made them one dimensional. Outside of the bizarre fumble and the pic (early in the game), we were able to bounce back, nobody’s head went down, and we had the ability to move on. A lot of times there is a turnover hangover so to speak. This time I felt like we just turned the page. I felt they did a good job of learning from their mistake, moving forward, not dwelling and turning one mistake into two or three.”