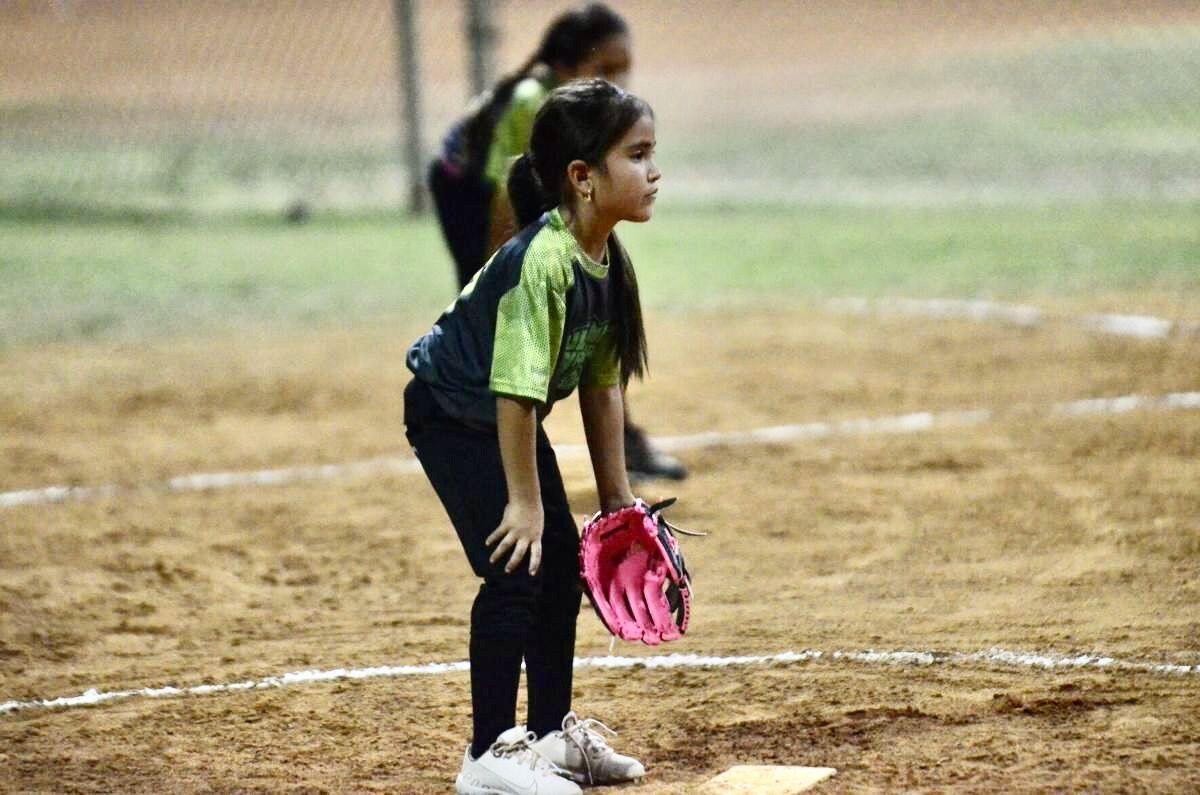 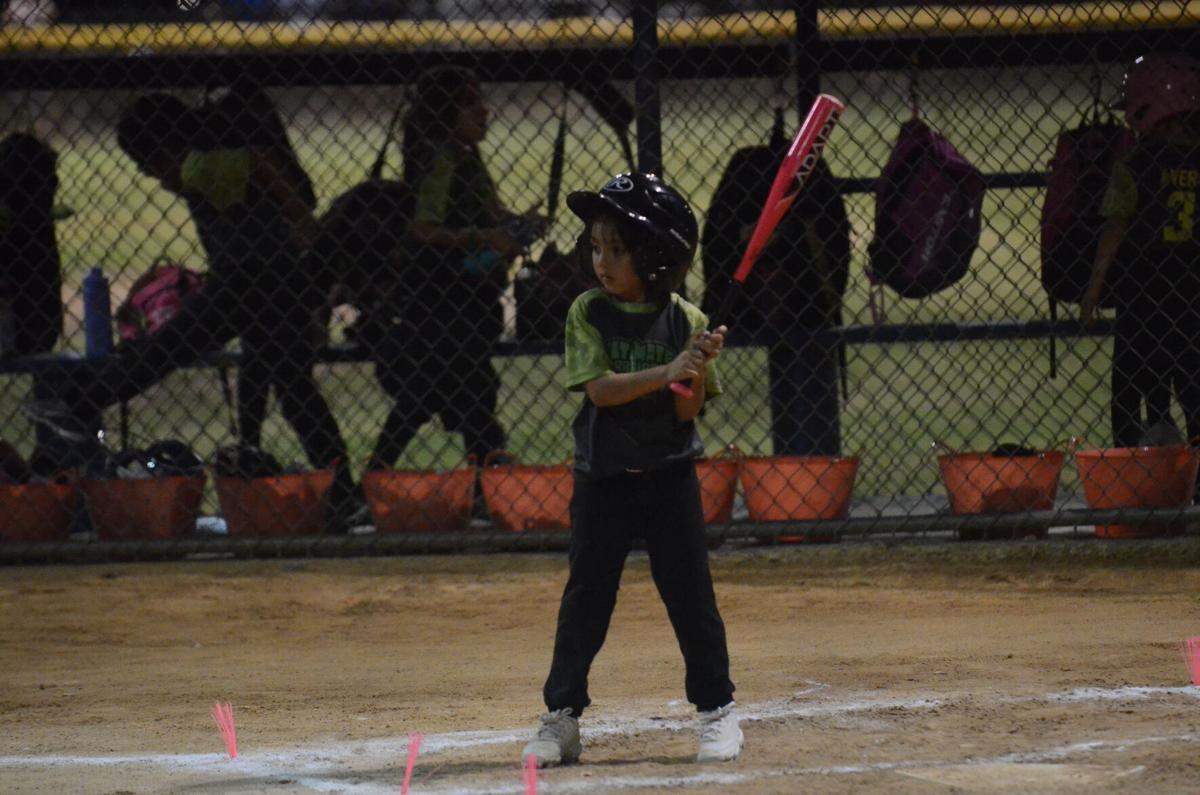 The Ultimate Warriors bat in the top of the third inning at the Debbie Pittman field four in El Centro Wednesday, Oct. 6.

The Ultimate Warriors bat in the top of the third inning at the Debbie Pittman field four in El Centro Wednesday, Oct. 6.

EL CENTRO — Imperial Valley Girls Softball League preseason action continued for the 6U division Wednesday, Oct. 6, with a matchup where the Hot Shots outlasted the Ultimate Warriors, 16-9, at the Debbie Pittman Fields in El Centro.

Being the youngest age group at 6U, the rules for the division are different from the rest of the league categories.

After the third out, the bases are cleared of runners for 6U. Then, the remainder of line-up gets to hit, so that everybody gets to bat each inning. Coaches pitch four balls to each batter and if they don’t get a hit, they are out.

This year also marks the second year the league has kept score for 6U.

The Ultimate Warriors batted first and knocked one run in to get on the board first and take a top one 1-0 lead.

In the bottom of the first inning, the Hot Shots lived up to their name as smoldering bats brought around seven runs which shifted the lead back to the black and red at 7-1.

The Ultimate Warriors strung together a series of hits in their second trip to the batter’s box, which gained three more and shortened the gap to 6-4.

The Hot Shots continued to roll in the second inning and utilized solid contact to small-ball nine more runs in. The lead extended to 16-4 after two full innings.

In the top of the third and final inning, the Ultimate Warriors found their offensive stride and battled back to bang in five more runs, which brought the game to 16-9.

High hopes for an epic comeback were halted by the Hot Shots astute unfolding.

Since the Ultimate Warriors were unable to tie or take the lead in their last at-bat, the Hot Shots did not bat in the bottom of the third and the game was called final after two-and-a-half innings at 16-9.

“This is the second year we removed the t-stand for 6U and have coaches pitch to their own hitters instead,” said IVGSL 6U representative Emmanuel Miramontes.

The reason for the ’t’ removals, league representatives informed, was for the girls to get more experience hitting so to be a bit more fit for 8U.

This was the final week of pre-season play for IVGSL and the regular season will get going the week of Oct. 13.