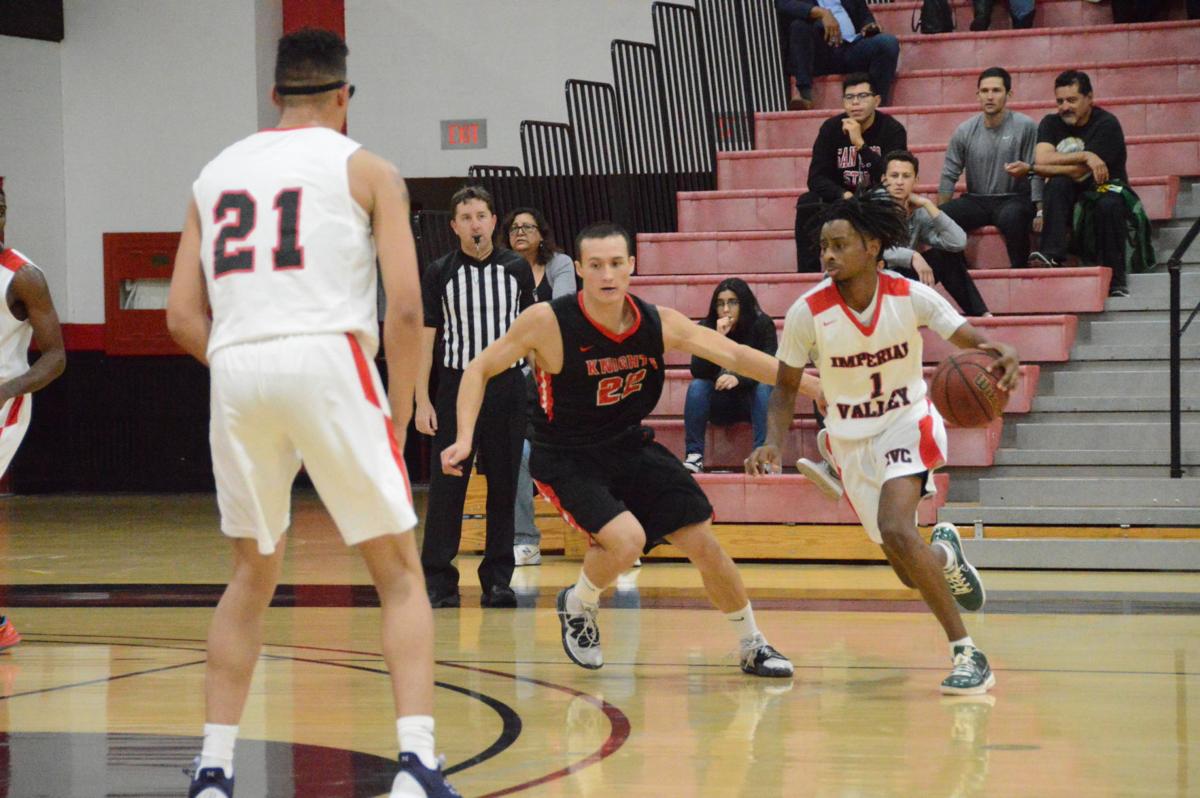 Lyndon Prayer (1) dribbles into a screen by Charles Thomas (21) during the Arabs first home game of 2020 versus San Diego City College Wednesday, January 8. 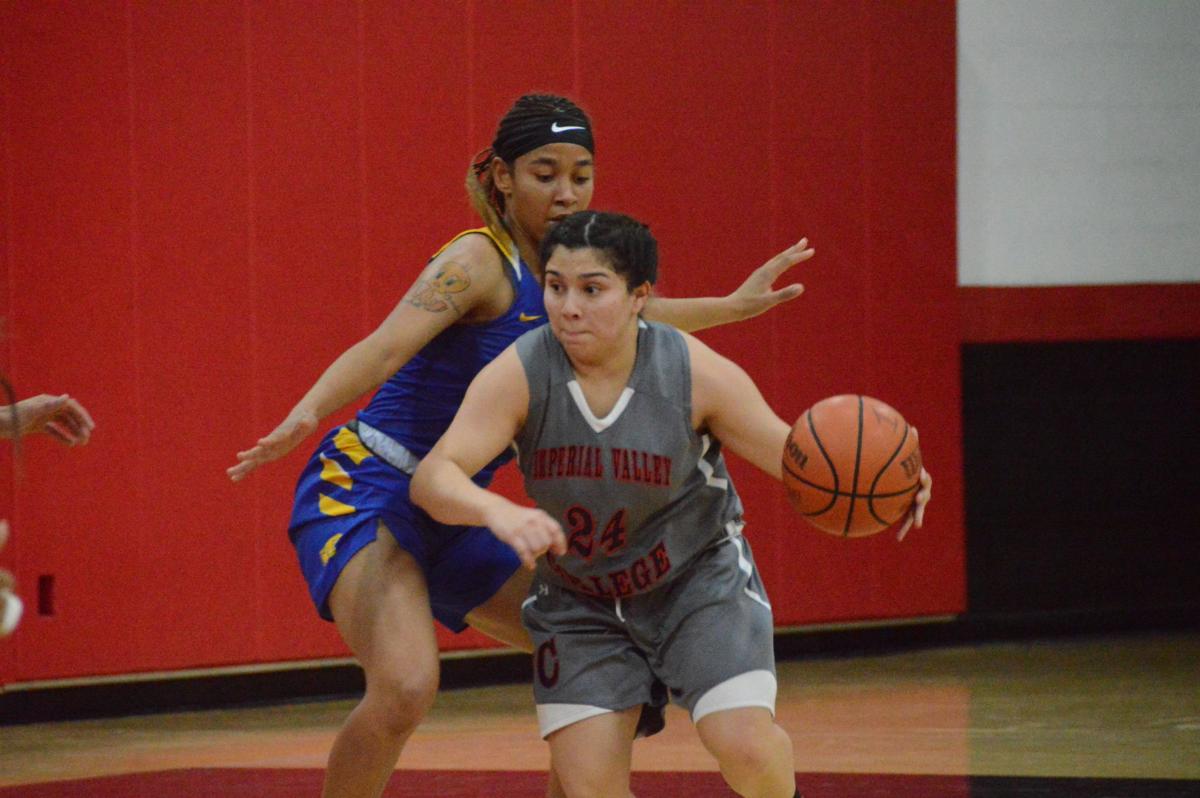 Jasmine Ponce (24) dribbles into the paint against LA Southwest during the Lady Arabs first home game of the season Wednesday, January 8.

Lyndon Prayer (1) dribbles into a screen by Charles Thomas (21) during the Arabs first home game of 2020 versus San Diego City College Wednesday, January 8.

Jasmine Ponce (24) dribbles into the paint against LA Southwest during the Lady Arabs first home game of the season Wednesday, January 8.

IMPERIAL — As the calendar flips to a new year, students at Imperial Valley College are still a month out from returning to classes for their Spring semester.

But on the hardwood, the new year brings new opportunities for both men's and women's basketball programs. However, the result of both teams’ first home game of 2020 left much to be desired.

The men's team kicked off the action at DePaoli Sports Complex against San Diego City College.

The Knights opened the game on a 18-0 run and never looked back, routing the Arabs 114-49. IVC didn't get on the scoreboard until the 13:23 mark of the first half, finally breaking through with a Malik Griffith-Johnson mid-range jumper.

San Diego City's size and skillset was on display in the form of transition buckets and explosive alley-oops. Throughout it all, neither team let off the gas pedal, going up and down the court at a frantic pace, even as the Knights lead extended further into the second half.

Diego Baez led the Arabs on the scoreboard with 15 points and seven rebounds. Malik Griffith-Johnson contributed 13 points with two boards and two steals.

"We got to handle pressure better," said IVC men's basketball head coach Andrew Robinson. "We don't handle pressure very well. Anybody in this gym could see that every time we get pressured, we throw the ball away."

Even with the lopsided result, Robinson said he was pleased to see that his guys played out the stretch.

In the second part of the IVC doubleheader, the Lady Arabs were set to host their first home game of the season against LA Southwest College. The Lady Arabs have had a tough slate to open the season, playing their first 15 games away from home.

Their long-awaited home opener was met with great fanfare as the gym was filled with local high school basketball teams from around the Valley.

The visiting Cougars stepped up for a 61-48 win for LASWC. While the game was competitive throughout, the Lady Arabs had no answer for Mercedes Ofoegbu.

The Cougar center dominated the paint, grabbing boards and scoring on easy put back opportunities, getting a double-double by halftime. She led the Cougars in scoring with 23 points.

While IVC had their opportunity to get back within striking distance, they turned the ball over 23 times, allowing the Cougars to sustain their lead throughout the game.

"I told the girls to show that passion and the heart that you guys have and to not get down when things aren't going our way," said IVC women's basketball head coach Viridiana Salas. "We knew it was going to be a tough game. Credit to LA Southwest; they've got a good team. Now it's up to us to improve from this first home game."

The Lady Arabs were led by freshman forward Andrea Olguin with 14 points and seven rebounds. Sophomore point guard Jasmine Ponce, who was the main ball handler for the Lady Arabs, had 11 points along with three rebounds and three steals.

"We had a big crowd and we wanted to get the win tonight for them," said Ponce. "We just need to show more heart, especially when we’re down, and we'll be more successful as a team."

The men's team finished the week on the road at San Diego Miramar College, where they lost 95-65. At 1-16, the Arabs will return home for a pair of games this week. They host Cuyamaca College Wednesday, January 15 before finishing the week versus Palomar College Friday, January 17.