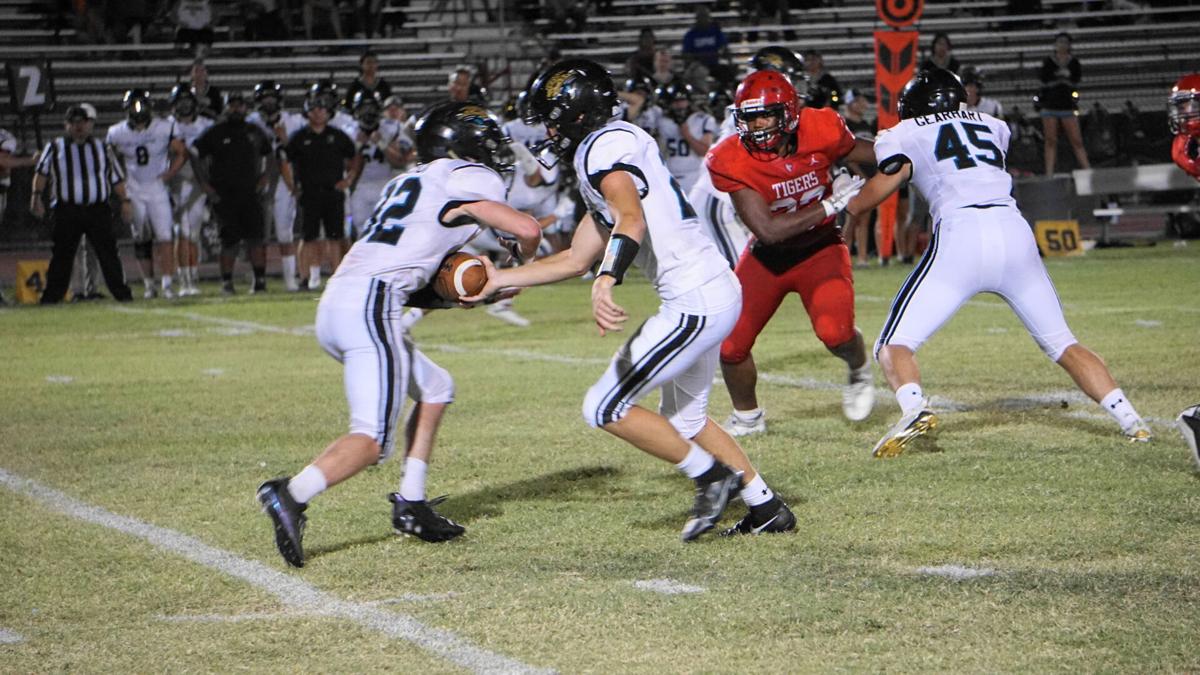 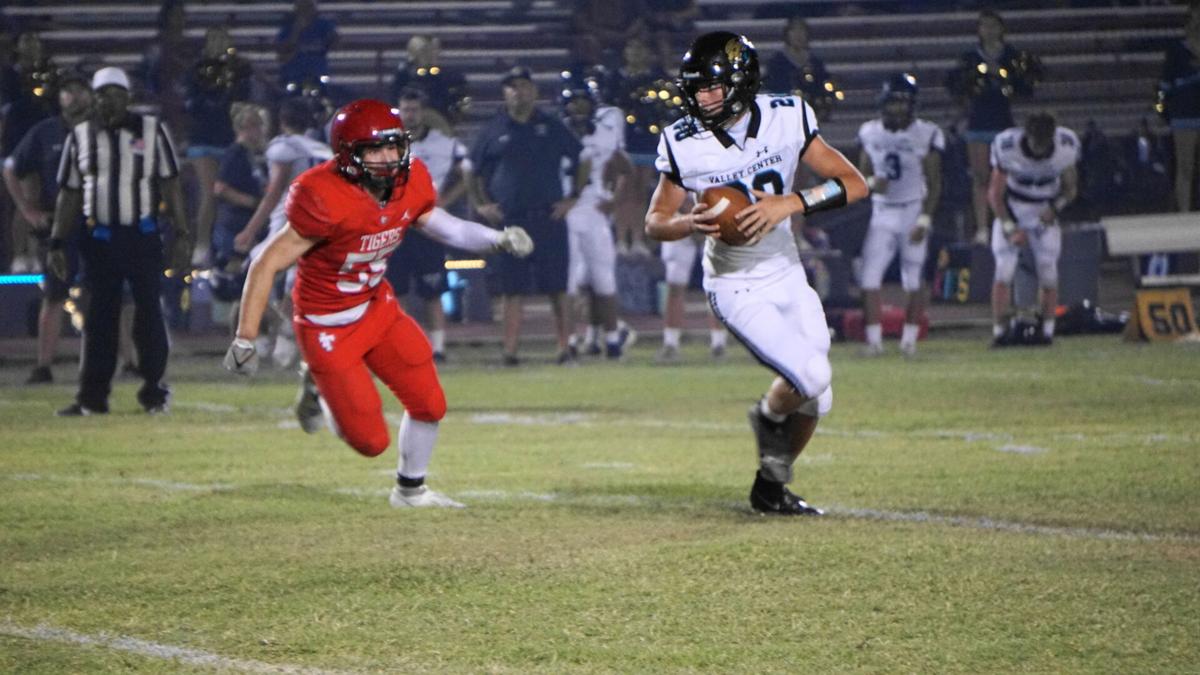 Despite the loss, the Tigers’ special teams took the field to receive the opening kickoff from the Jaguars. Though it was not for lack of Tiger effort, the Jaguars helped the Tigers to a three-and-out for a punt, giving the Jaguars their first possession of the game. Jaguars quarterback, Marlon Bender, led his team down field into the red zone. However, Imperial forced a fumble that was picked up by Kye Bishop, who returned the ball just past the 50-yard line. The Tigers marched down field to the 27-yard line before sending the game into the second quarter.

Valley Center started off the drive with a handoff to Lucas Sinohui, who drove the Tigers’ defense for a 63-yard carry into the endzone, 6-0. After a successful PAT, the Jaguars took a 7-0 lead early in the second quarter.

Tigers' Alejandro Perez received the kickoff for a 15-yard return. With the ball on the 22-yard line, Imperial’s Christopher Tiernan took the snap for a pass to Jesse Nichols for a first down. The Tigers failed to convert on their new set of downs for a punt. Valley Center received a ruffing the kicker penalty to give the Tigers back the ball. After marching into the red zone, Imperial was forced to kick a field goal on fourth down that missed the uprights to change possessions once again.

The Jaguars worked down field for a pass in the endzone to Kevin Garcia to push their lead, 13-0, with 4:09 left in the second quarter. They followed up the touchdown with another successful PAT, 14-0.

With no further action in the second half, the Tigers headed to the locker room, down by two touchdowns.

The action resumed midway through the third quarter with a drive by the Jaguars that resulted in a rushing touchdown for the Jaguars Sinohiu, 20-0. On the point after, Valley Center failed on a fake field goal to keep their 20-point lead.

The score remained stagnant until the fourth quarter where the Tigers' Tiger Ochoa recovered a fumble to give his team possession. Imperial handed the ball off to Jeremiah Naylor, who rushed into the end zone, 20-6. After a successful PAT, the Tigers brought the score to 20-7.

With no further points, Imperial obtained its second loss of the season. The Tigers record fell to 1-2 on the season. Moving forward, the Tigers will hit the road for their next match up against the Monte Vista Monarchs Friday, Sept. 17.