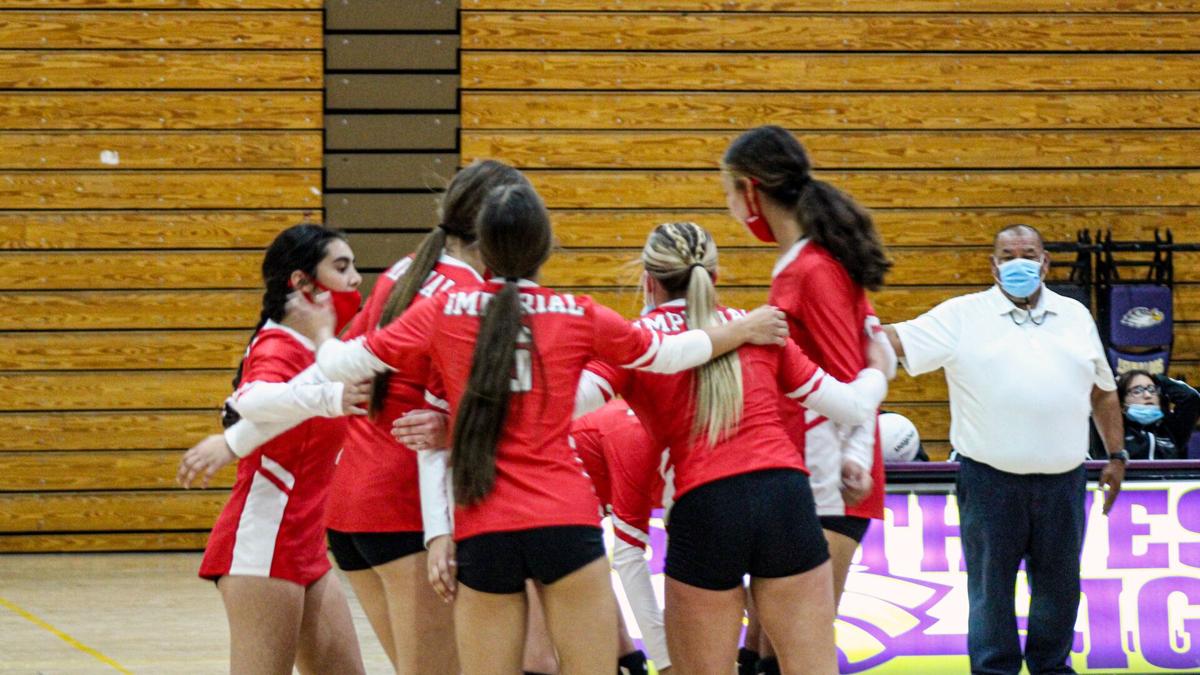 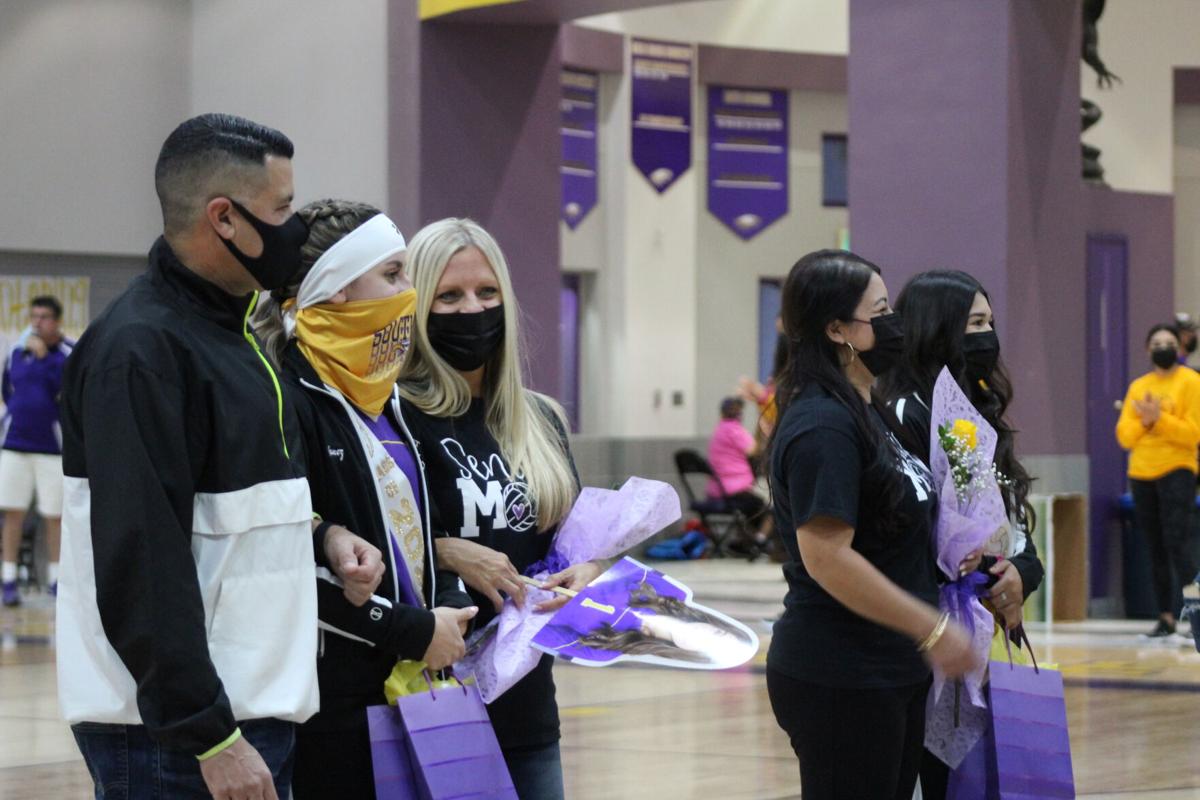 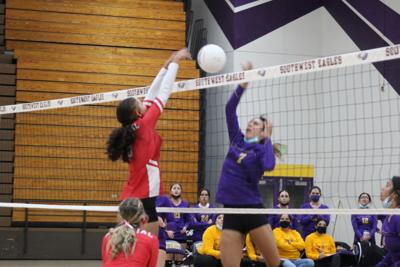 EL CENTRO — The Southwest High School Lady Eagles hosted the Imperial High School Tigers in a best of five league matchup Tuesday, Oct. 12, resulting in all five games being played to see the Tigers come out on top. The Eagles also hosted senior night where they recognized their volleyball seniors.

Both teams went into the series with no league game wins. The Eagles held a 0-3 record, and the Tigers held a 0-4 league record.

Southwest started the first game with first serve as both teams started off with strong offensive and defensive — most of it came from strong hit attacks and defensive dives for the ball from each team.

Imperial’s Gomez sisters — Georgia and Cheney — were strong together as they demonstrated several assists and offensive attacks. But the Tigers continued to hit the ball out of play, which led the Eagles to cut down the lead.

Even though the scores got closer, the Eagles never took full control. Gomez led the final six points with strong serves to seal Imperial’s game-one win, 25-14.

The Tigers served in game two to kick off the match, Gomez provided the majority of assists for her team. Imperial’s Nechochea Bris used her height advantage in strong attacks and big-time blocks.

The Tigers continued to provide points on both ends with offensive passes, defensively with back court, point-saving dives.

A handful of successful serves gave the Eagles the points to cut the Tiger lead by two. Southwest’s defense was on fire with huge point blockages on Bris’ hits.

The Eagles’ final point was successful as the Tigers hit the ball out of play in a 25-21 game-two win for the Eagles.

Southwest started off game three with a triple-point, successful play as the Tigers continued to hit out of play. The Tigers bounced back defensively with strong communication and back court inside hits.

The Eagles had several point-saving plays as they hit the ball into Tiger defense dead zones, which gave the Eagles points in back-to-back plays.

The Tigers came back to redeem their lead late in game three after several Southwest slip ups, involving out of play hits and slow defense against low ball hits.

Game three became a close one as both teams were tied, 22-22, with three points up for grabs.

The tie breaker came in the form of Imperial’s strong communication and quick feet, leading to a 25-22 Tiger game-three win.

Imperial had one win to go to seal their victory, as the Eagles needed one to bounce back in.

Game four started in Tiger hands as the Gomez sisters and Bris became the game trio that led to the first seven points for their team.

Over and over again, Georgia Gomez hit the ball to Cheney Gomez, who assisted and hit to Bris. Bris then finished the play. This formula gained several successful hit attacks for the Tigers.

The Eagles kept the score close with defensive blocks, but Imperial kept stacking the score. Then, the Tigers continued to hit out of play, leading to the Eagles successfully closing in the score. Southwest evened up the score, but then failed several serves.

The score sat at 24-24 as the Eagles had the ball to serve. Imperial stayed on top of the ball.

With a Tiger out of play hit, the Eagles were one point away from sealing their victory. The Tigers served a netter and gave away the point, sealing a 27-29 Eagle win.

Throughout game five, Southwest and Imperial continued to battle closely. Both teams gained points with strong plays, then lost points with slower defense.

The Eagles took a timeout as they were down 13-10 in Tiger claws. After resuming play, the Eagles served out of play hits, giving the final two points to Imperial and sealing a 15-12 series win for the Tigers.