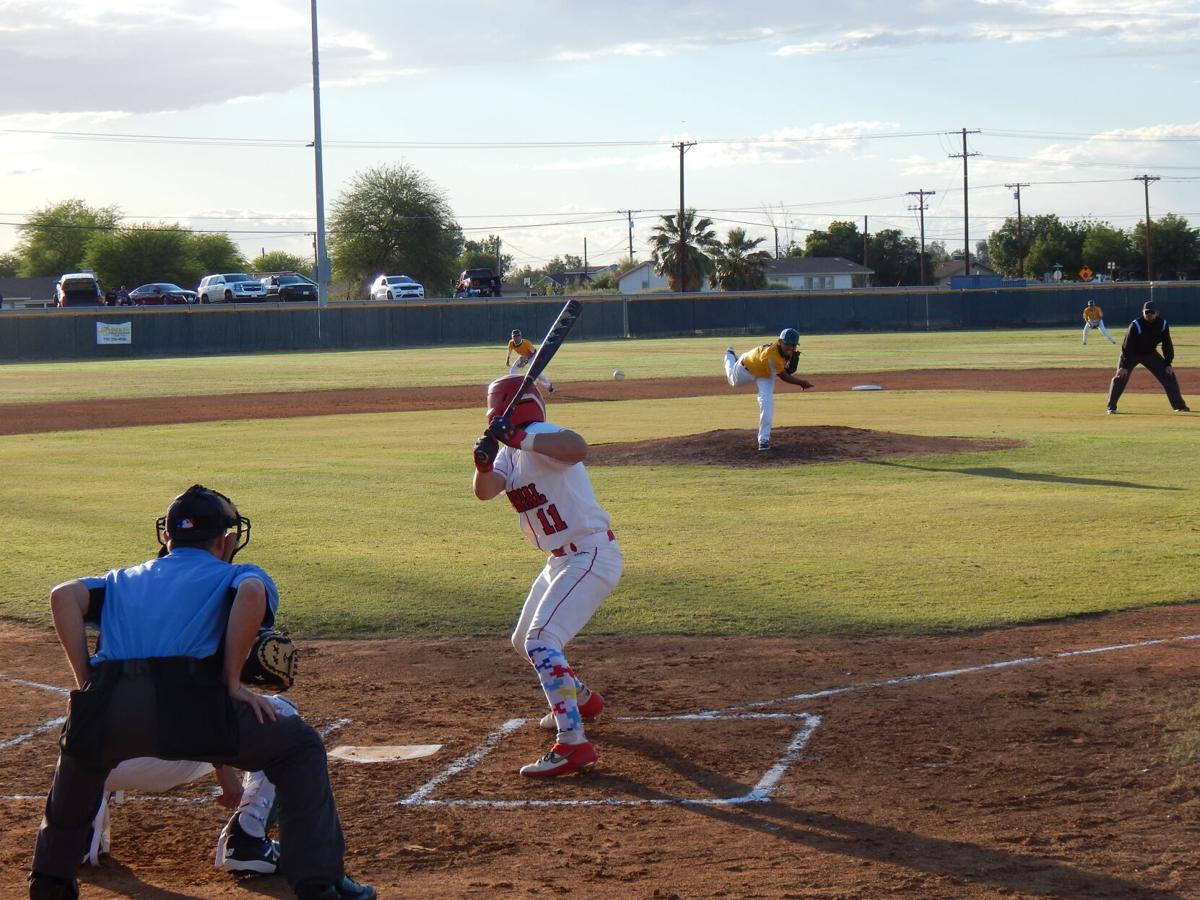 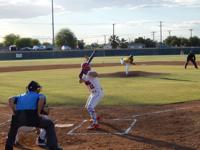 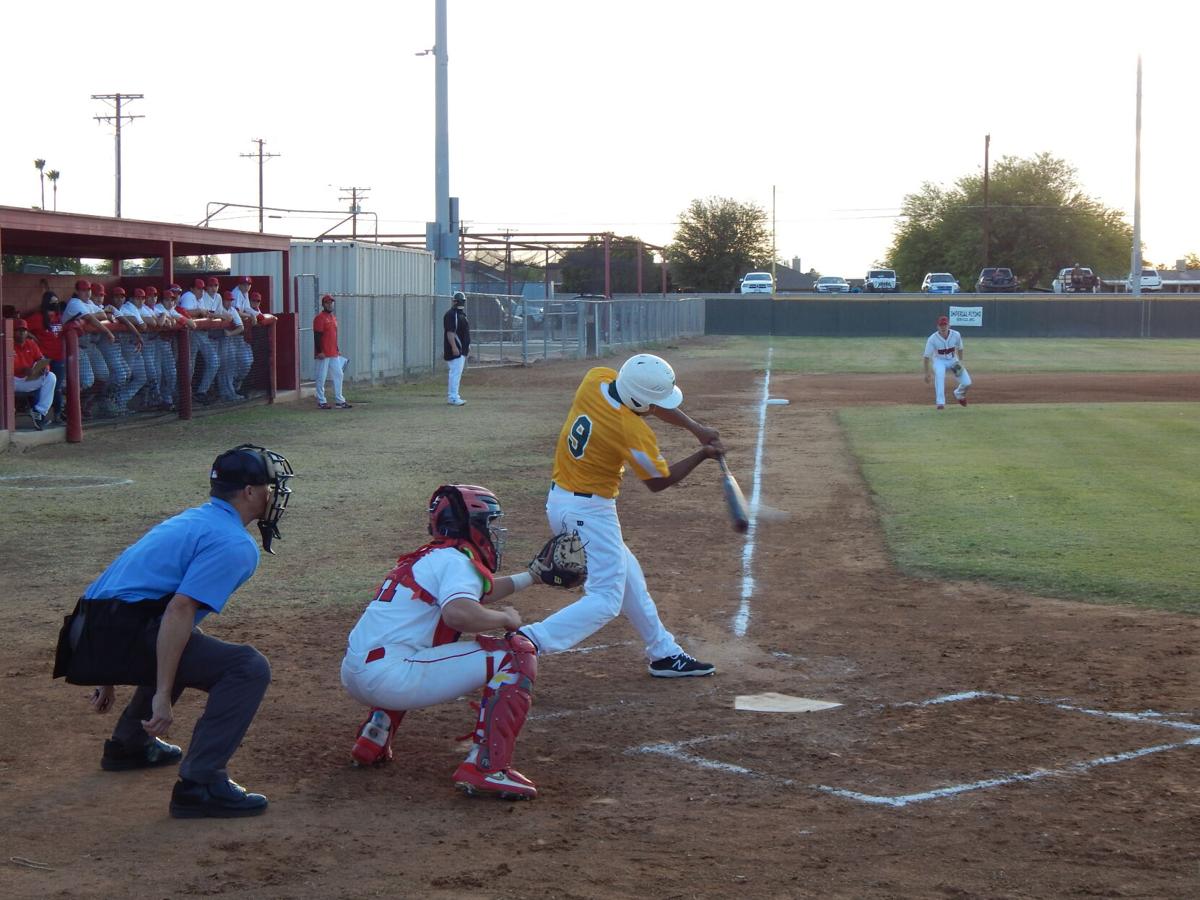 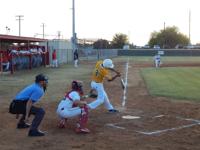 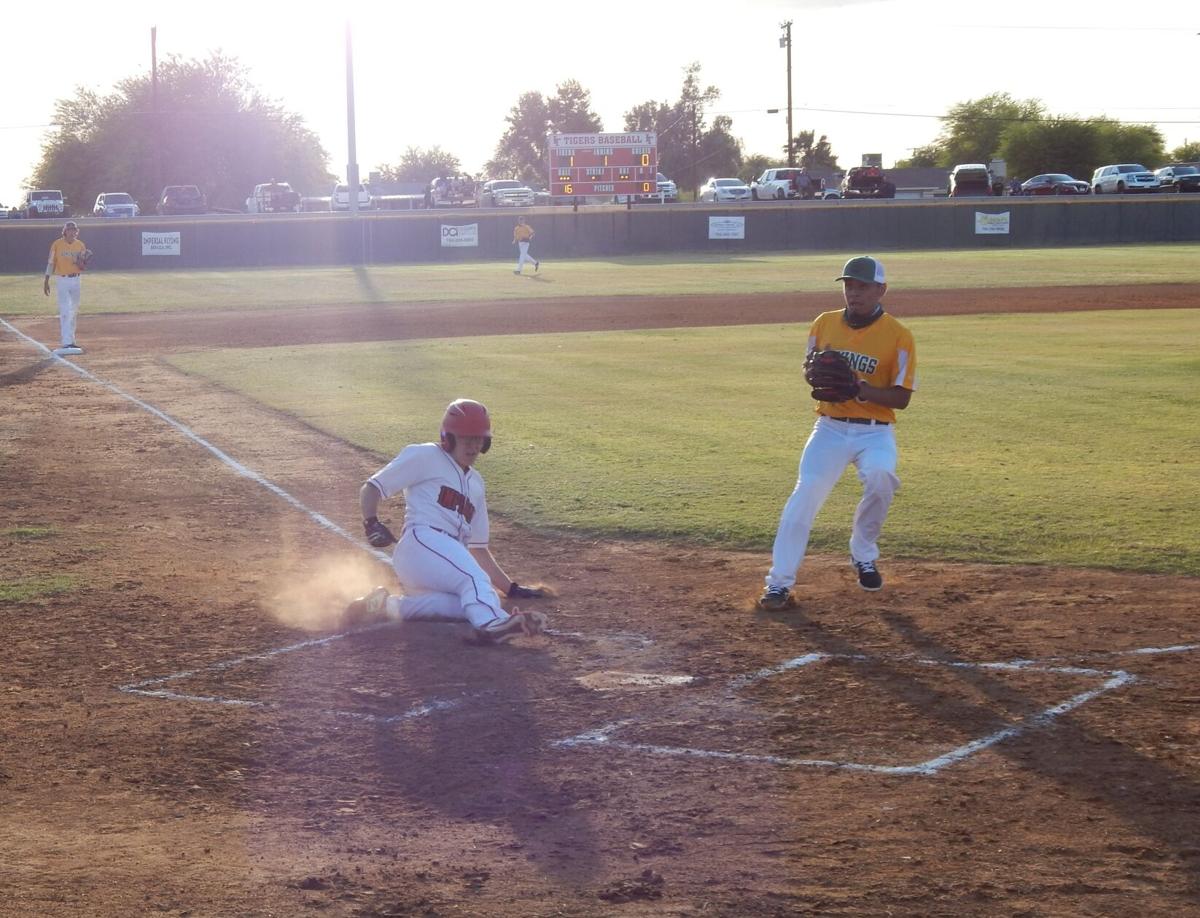 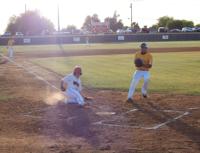 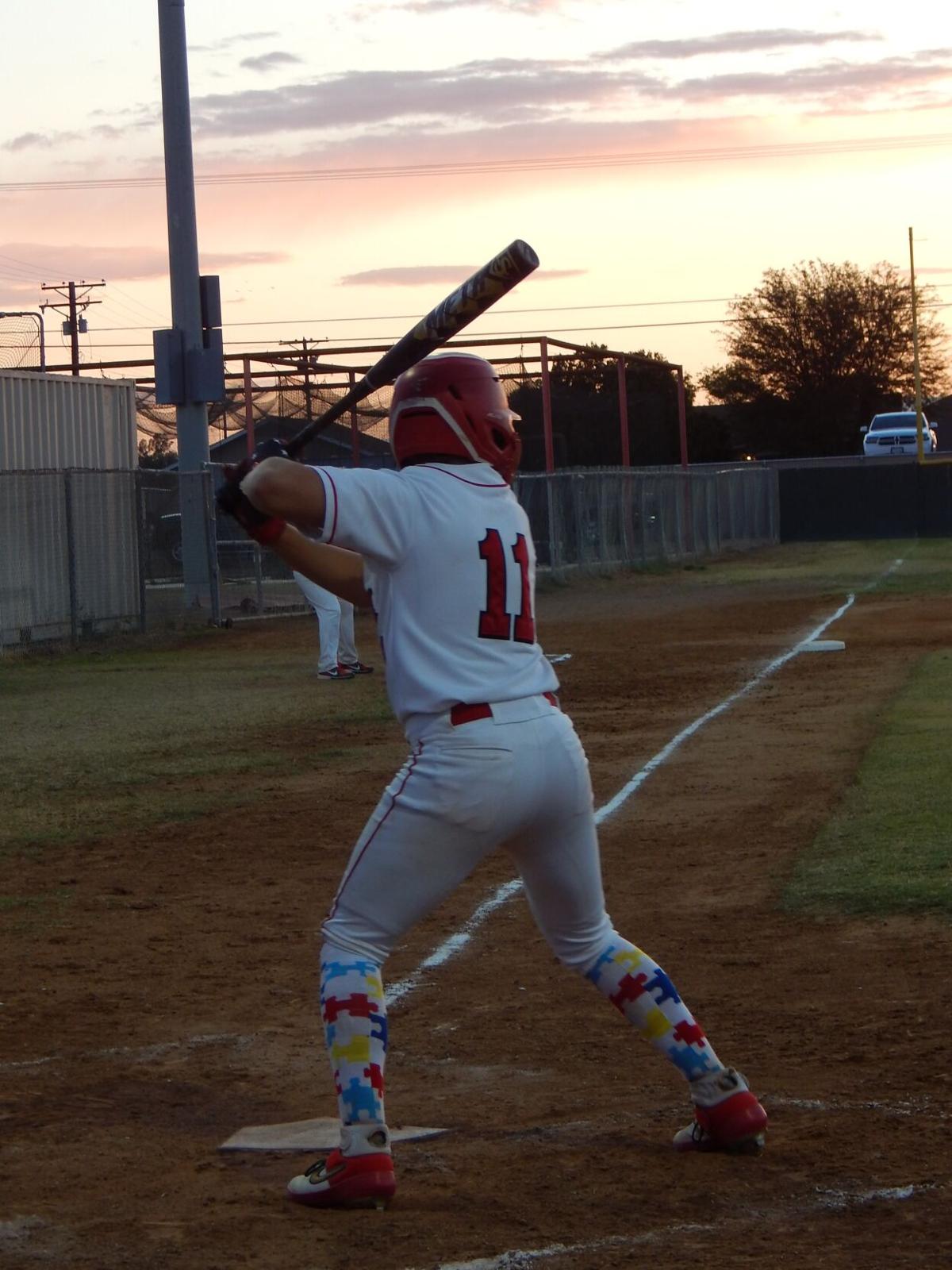 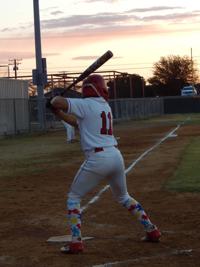 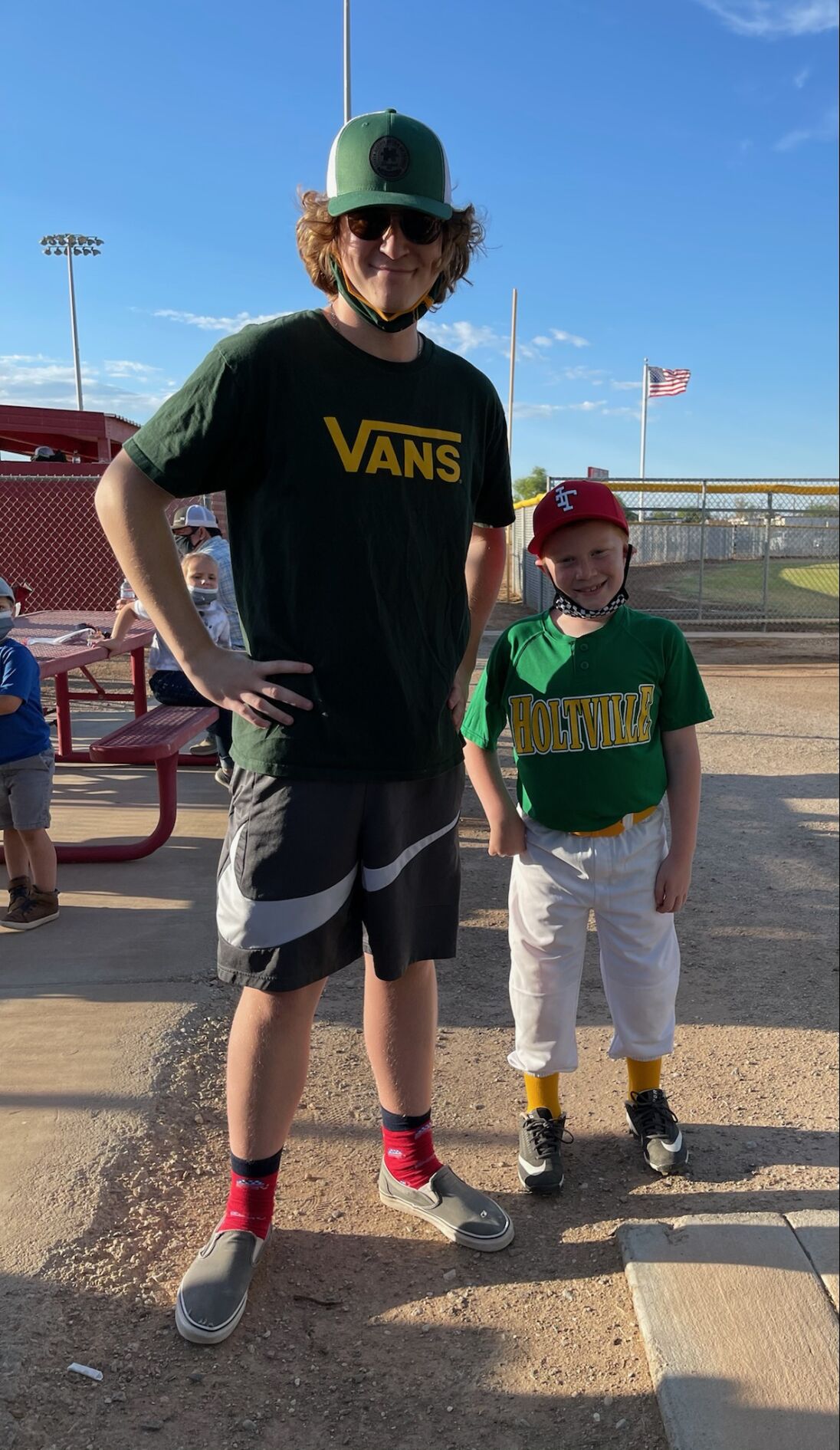 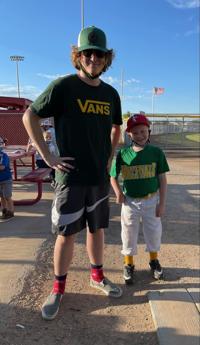 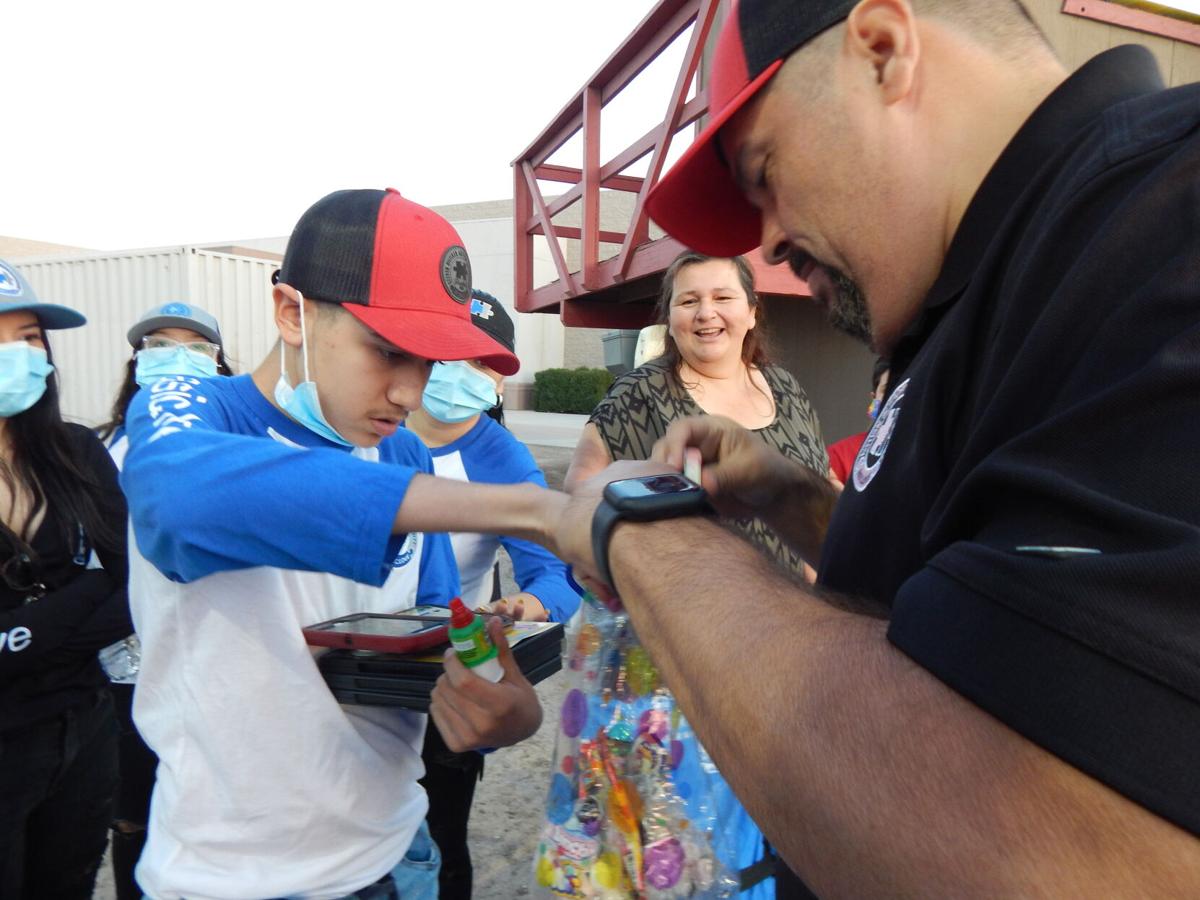 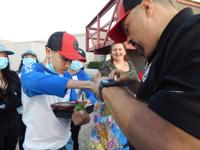 IMPERIAL — With long baseball socks adorned with multi-colored puzzle pieces on the field, fans in the stands with autism awareness baseball caps, and the occasional impression of Finding Nemo seagulls emanating from the Tigers dugout, the 4th Annual Steven Hilfiker Autism Awareness Baseball Game was off and swinging Tuesday, April 27, at Imperial High School.

The Tigers took an early lead on the Vikings with a score of 8–1 by the top of the fifth inning, which Holtville just could not come back from in the end, with a few key errors in missed catches and leaving bases loaded mid-game. In the end, Imperial won 12 to Holtville’s five runs.

The Autism Awareness Baseball Game started five years ago — with a pause in 2020 due to the pandemic — by then Holtville High School sophomore baseball player Seth Hilfiker and Gonzalez, as Gonzalez was helping coach Southwest High School baseball.

“They have community service hours, and our family has been active in the (ASIC) group ever since Steven was diagnosed with autism at 2 years old,” the boys’ mother, Holtville resident Sara Hilfiker, said at the game.

The idea was created for an autism awareness trucker’s cap as a fundraiser for ASIC to support local families with autism, and with more brainstorming and getting coaches at Holtville and Southwest on board, the Awareness game was born, sources said.

“We've been able to keep it going every single year and they use the sale of the caps as a fundraiser for our (ASIC) group,” the mother said. “It was a neat idea of Seth's to honor his brother and our family that participate with the (ASIC).”

ASIC Treasurer Luis Chapa, who now resides in Imperial, said the game features two different teams from Imperial Valley League Varsity Baseball every year. He said ASIC supplies both teams and umpires with the autism awareness commemorative hats to “bring a little light to people,” as the group has “got to let people know what autism is.”

“A lot of people just don't know what autism is,” Chapa said. “One may think it's just a child with bad manners or having a bad moment. (The child) could be autistic and they don't know how to react.”

“A lot of people tend to stare, and they judge (but) it's okay to ask,” Chapa said. “As a parent — I have two children on the spectrum — I prefer for you to ask than just stare.”

Chapa said autism awareness among first responders is also key in that as autistic children grow into adolescents and adults, “they don't always respond to people.”

He said the ASIC group recently made stickers for community members to have in front of their houses so in case of an emergency, a first responder would “see that somebody lives here that has autism, and hopefully they will act accordingly … so again, it's awareness. You can never have enough of it.”

“We're just proud of these two teams' acceptance in participating in a game where they're showing their awareness of what's going on and what autism means,” Gonzalez said.

“When I was their age, I had no clue of what autism is but you see in students today are aware of what children like my son and other children are like with autism,” he said. “They're graciously willing to accept any child with autism.”

For the Hilfiker family, a variety of support — from ASIC, other parents with autistic children, caring special education teachers, Steven Hilfiker being in sports (including baseball) as a child, and fostering Steven Hilfiker’s love for playing music — have all contributed to Steven Hilfiker “breaking the mold” to becoming a high-functioning teenager with autism.

“When Steven was first diagnosed, he was at the 52nd percentile, so he was severely autistic: Less than 10 spontaneous words, repetitive behaviors, poor eye contact — you name it, he had it,” Sara Hilfiker said.

While doctors told the family having six other boys would be a hindrance for Steven Hilfiker, Sara Hilfiker said his close relationships with his brothers have been “his greatest blessing.”

The mother said having seven boys allowed the parents to buddy-up the brothers in pairs while growing up. As Seth Hilfiker is Steven Hilfiker’s older brother closest to him in age — Steven Hilfiker currently being a 15-year-old sophomore at Holtville High — the two have shared a special brotherly bond since early childhood.

“Seth grew up as kind of being Steven’s buddy,” she said. “Seth was always one that kind of understands and helped Steven with his therapies and stuff like that.”

“Seth and Spencer, as his older brothers, have always looked out for Steven. I appreciate that they're all really close to each other,” she said.

Though Steven Hilfiker remembers having a rocky second birthday just before he was diagnosed with autism and putting in a lot of time to get used to loud noises in public due to his super-sensitive hearing, he has seemingly blossomed into a young man that has turned what otherwise would have been a crutch, into a great strength, using his special hearing regularly in his love for music and playing the guitar.

“I'm kind of more tolerant of it now,” Steven Hilfiker said. “Going to the movies and stuff, they had to turn it down ... I was very afraid of a lot of things, even my own brothers to this day," he joked, making his mother laugh.

“Sometimes it gets overwhelming because of the noise. I have these hearing episodes and stuff,” he said.

Sara Hilfiker said it is important for families and communities to come together in support of those with autism to “be aware” and “use the entire month of April for Autism Awareness” as Gonzalez does with Autism Support of Imperial County.

“It took all of us, his siblings, the community, everyone (to support Steven),” she said, encouraging parents to reach out to ASIC and their child’s pediatrician.