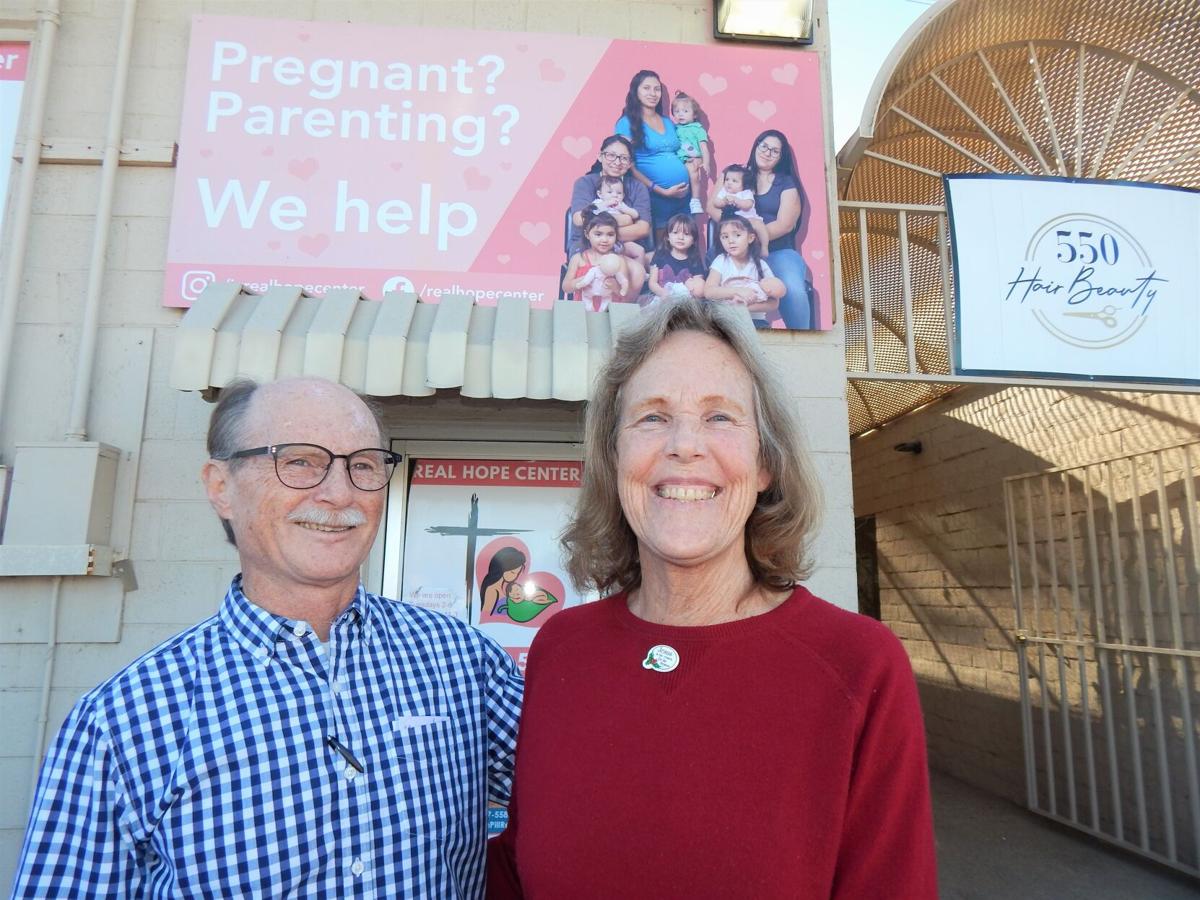 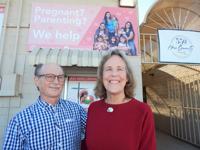 L to R: Marty and Deby Ellett smile for a photo outside the Real Hope Center, Dec. 17, in El Centro. 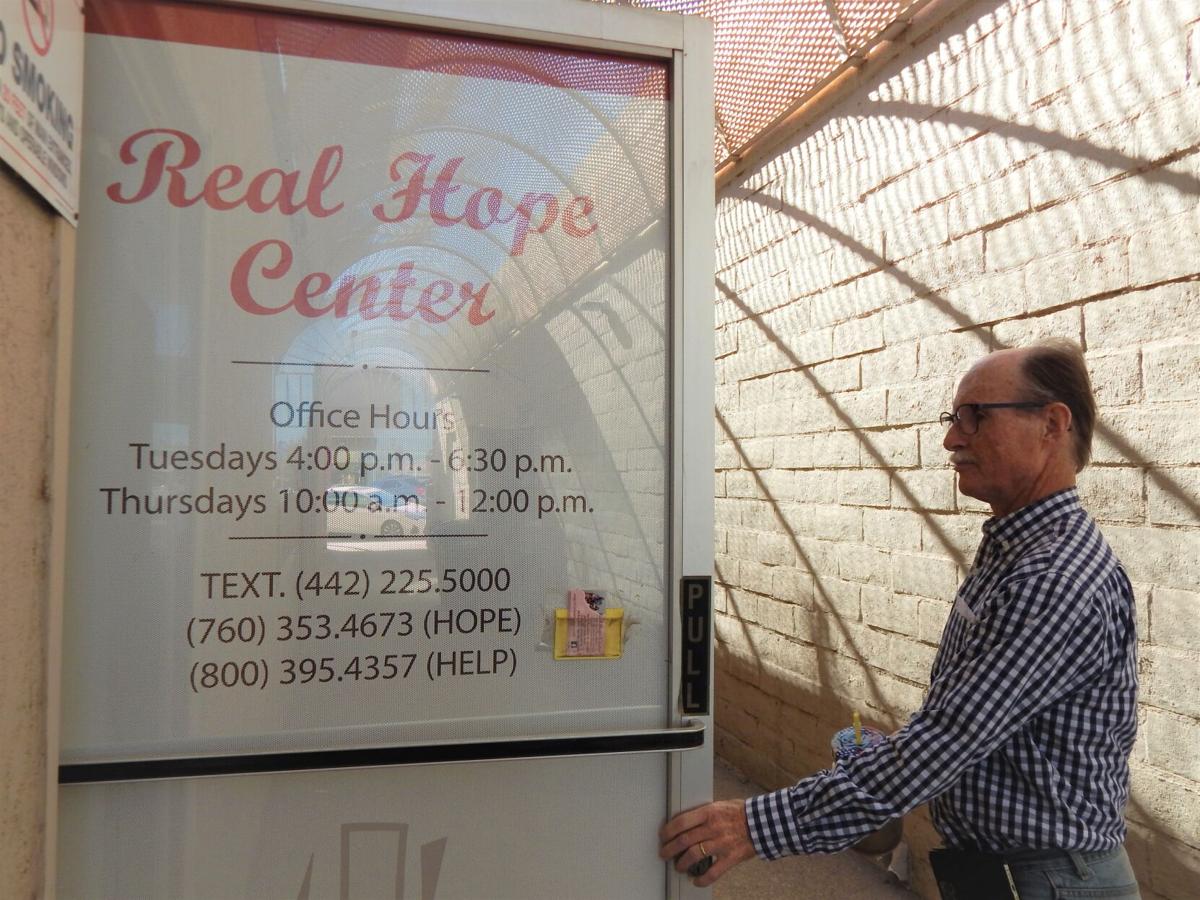 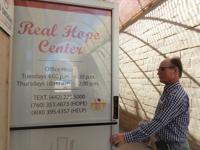 L to R: Marty and Deby Ellett smile for a photo outside the Real Hope Center, Dec. 17, in El Centro.

EL CENTRO — Local husband and wife ministry team John Martin and Debra — better known as Marty and Deby Ellett — never knew that their inability to have children of their own would lead to their more than 20 years of helping children, juveniles, women, and adults. Yet through the work they do at the Real Hope Center and other ministries, the couple continues to give, not just during the Christmas season but throughout the entire year.

Marty and Deby Ellett are the husband and wife team and residents in the Imperial Valley who are the founders of the Real Hope Center (RHC) in El Centro, a crisis pregnancy and support center who are “here to help pregnant women, parenting women and men, and their children have a wonderful life,” offering support year-round in various forms of help, including pregnancy tests, ultrasound referrals, crisis counseling, material aid such as diapers, clothes, school supplies, child car seats, educational support such as tutoring and homework help to finish diploma programs, and many other maternity support or post-abortion support services.

However, the opening of the Real Hope Center in November 2009 was not the beginning of their crusade to protect women and save unborn children and families as the couple has been engaging in the pro-life cause since the first March for Life took place in the Imperial Valley in 1991, they said.

Before they were a couple, Marty and Deby Ellett each became Christian at the young ages of 7 and 13 years old, respectively, they said. Born in Texas, Marty Ellett moved around the US southwest and settled in Brawley in 1962, learning at Magnolia Elementary as a child. Ellett said he grew up on a farm and welded for 15 years before the couple was married in February 1985. He graduated from the Imperial Valley College nursing program, becoming a nurse in 1996.

Marty Ellett still works as an emergency room nurse, working the COVID-19 tent for 14 months in the early stages of the pandemic, recently being assigned to that unit again with the outbreak of the COVID-19 Delta variant.

Deby Ellett was raised in Sierra Madre, California and moved to the Imperial Valley to become a special education teacher in 1978, starting at Myron D. Witter Elementary School in Brawley before going on to teach for many years at Central Union and Desert Oasis high schools. She recently retired in 2019 after 40 years of teaching in special education.

They met in their early 20s through a Valley-wide bible study that was held in Brawley for college and career-aged adults.

“We’re both service-minded so we both agreed (early on in our relationship) that serving the Lord is a primary purpose in our life,” Deby Ellett said, “so it makes it a lot easier to keep serving the Lord in different areas.”

The couple said though they have been unable to have children of their own due to physical complications, they “have been busy with ministry with kids and adults ever since.” The couple has helped support countless women, post-abortive men, and children through the good work that they do at the Real Hope Center.

Deby Ellett said the real hope "really is a personal relationship with the Lord Jesus, and we see such a difference for those who really take hold of that."

"We can't force it on them and some still haven't gone that direction, but we don't stop helping them just because they don't get saved," she said, "but we pray for them and still encourage them that the Lord Jesus is the answer for everything that comes in their life."

“It just seemed like the Lord led us to people that were hurting and haven’t had the advantages that we’ve had,” Deby Ellett said. “(We give) whatever it takes to move them on in the next step in their lives, keep going, and have hope,” Marty Ellett said.

Deby Ellett said that local March for Life in 1991 led to the beginning of what became and was previously known as the Birth Right crisis pregnancy center, now known as Birth Choice of Imperial Valley. The couple volunteered with Birth Choice for 20 years before founding the Real Hope Center along with current RHC board members, for a more evangelical-centered, pro-life service, the couple said.

“We decided we really needed to start something specifically sharing the Good News of Jesus as the hope, with the material needs that a mom would need to birth her baby, and continue on in life as a good mom,” she said.

“We felt that being pro-life wasn’t enough, that we had to have the answer and the answer is Jesus,” Marty Ellett said.

“We found out the more we spoke out about life in general in churches, there was always someone that whispered to us, ‘I had an abortion and never told anyone,’” Deby Ellett said, “so we started Silent Voices. It’s an (abortion) recovery retreat weekend.”

She said the Silent Voices retreats are completely confidential, many people in the Imperial Valley have gone through it and come out of it on the other side experiencing some form of healing through acceptance of Christ.

The Silent Voices retreats are for those who already consider themselves Christian, the couple said. While those going through the retreats tend to experience healing from their post-abortion traumas, the Ellett’s have also learned a lot from conducting the ministry, they said.

The Silent Voices ministry started a year before the Real Hope Center was founded, she said, where people burdened with post-abortion trauma “30 or 40 years and never told anybody, walk through accepting God’s forgiveness for them, and forgiving themselves.”

The Silent Voices retreats also birthed the annual Speak Up Imperial Valley event, where locals gather as a platform for post-abortive women, men, and others to share their stories. The Speak Up IV event is usually held on the anniversary of the US Supreme Court’s Roe v. Wade verdict, January 22.

Deby Ellett said, “people just don’t understand” that abortion affects not just the mother of the unborn child but, “it filters to everybody around them: This missing child, this guilt, this shame that leads to divorce, really high suicide rates, (and) things that we never talk about. And that’s why we follow through holding these signs in front of Planned Parenthood.”

“I want everybody that’s driving by to see me and the staff to see me but I’m not there to shame the clients,” Marty said, “I want them to know (Planned Parenthood) kill babies there and they’re doing something horrible. I want to raise awareness because most people are completely oblivious to that, and woman and the staff are lied to and led to believe that (Planned Parenthood) are not killing babies.”

The signs are meant to offer an alternative choice to abortion for expectant mothers, the Ellett’s said, as they include the phone number for the Real Hope Center and list some of the help they can receive there.

Through the aid of services provided by the Real Hope Center working with expectant mothers, the Ellett’s have established relationships with women they help which are still ongoing, even since before the opening of the RHC, they said.

“Deby has seen young, lost girls become pregnant, become convinced they need to keep this child, and take it and run with it, becoming responsible, providing mothers,” Marty Ellett said. “It changes their lives from girlhood to motherhood; from drifting in the world to having a purpose.”

RHC Board Member Fe Villero said people, especially women in crisis pregnancies, trust the couple because they can see that they genuinely want to help them without ulterior motives.

“They’re very caring people and would pretty much give you the shirt off their backs if you need it,” Villero said. “They help anybody that comes to them (and) they follow up with what they say (they’re going to do).”

“They don’t have their own natural children but that opened them up to pretty much adopt, (that is), help with raising other children in the community,” Villero said. “They’re just wonderful people.”

“There are plenty of people that have abortions — it’s not like they don’t make that choice — but we want to love them because we know they’re going to need to fall into somebody’s arms,” Deby Ellett said.

Through the busy Christmas season and their normal RHC good works, the Ellett’s are beginning to prepare for the 10th Annual Speak Up Imperial Valley event, which will be held Jan. 22, 2022, at the Central Baptist Church parking lot starting at 4 p.m.