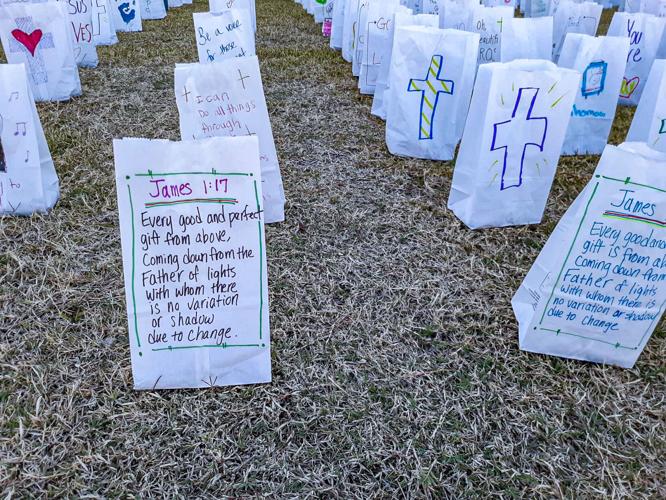 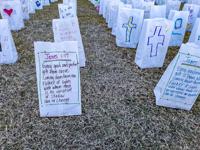 A few of 3,000 luminaries at Central Baptist Church’s lawn during the 11th annual Speak Up Imperial Valley event on Saturday, January 21 in El Centro. 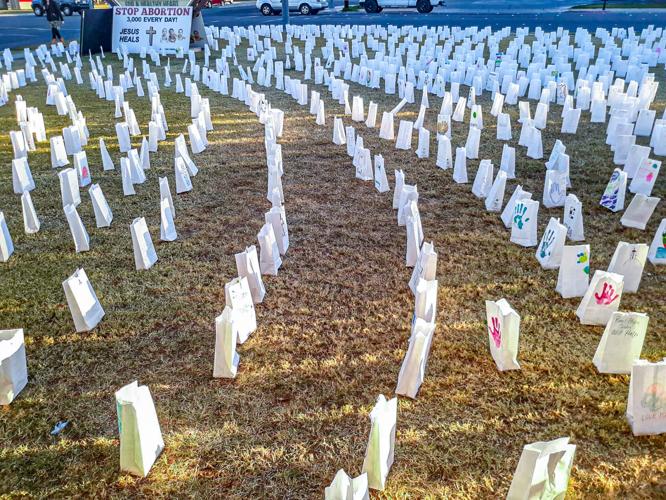 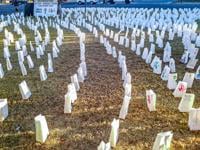 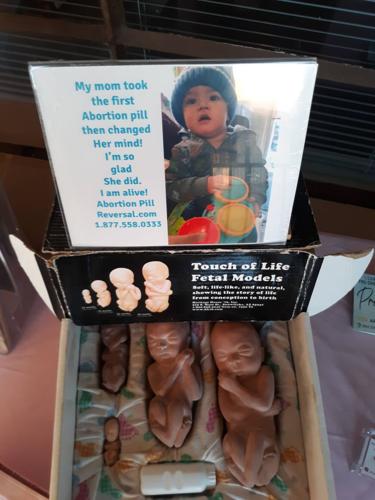 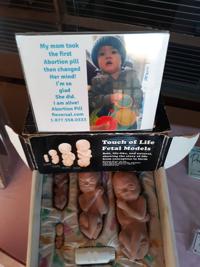 A few of 3,000 luminaries at Central Baptist Church’s lawn during the 11th annual Speak Up Imperial Valley event on Saturday, January 21 in El Centro.

The event was put together by Real Hope Center (RHC) and Imperial Valley Life Center (IVLC), local non-profit organizations dedicated to providing resources for pregnant women who are hurting, feel discouraged, have had an abortion, or are thinking of getting an abortion.

This event is distinguishably known for the 3,000 white luminary bags decorated by several Valley residents with messages of encouragement, Bible scriptures, and drawings. With the help of event volunteers, they are placed on the church’s lawn located at the corner of South Imperial Avenue and Ross Avenue. Each bag has a light inside, making them visible at night.

Originated from an old statistic, these luminaries represent the average of 3,000 abortions that were performed in El Centro. It's tradition for attendees to walk around them in prayer at the end of the event.

During her speech, Event Co-founder and RHC Director Deby Ellett got emotional as she explained that there is a Planned Parenthood statistic that says there are 100 to 150 abortions per week in El Centro.

“These 3,000 bags now represent just a half [of a] year of the number of babies that have lost their lives here in El Centro on our watch – and they are people that we know, they are people who are going to church,” she said. “I’m not condemning them, all I’m saying is we got to be there for other people, we have got to share the truth.”

One of the testimony speakers was Lucy Trujillo. In her message, she emphasized the need for family support through pregnancies.

Trujillo's father had passed away at an early age in her life and was raised by her Christian mother. She got pregnant at the age of 16 and wanted to get an abortion but her mother stopped her.

Despite keeping her child, Trujillo continued to live a “reckless wild lifestyle,” she said. After having two children, at the age of 22 or 23, she got pregnant again and her family kept quiet.

Trujillo felt she did not have her family support anymore and decided to get an abortion because her boyfriend at the time made her choose between him and the baby. She said she continued to be in a domestically violent relationship for 15 years which led to alcoholism and drug addiction.

She eventually found herself in a program called New Creations where she went into recovery and met Deby Ellett. Trujillo was 33 years old at the time and has been volunteering at RHC ever since.

“If there is someone in your life with an unplanned pregnancy, just think about this– on this side of heaven, we [have] unplanned pregnancies but it is not unplanned to the Lord. He is the one that gives life … and allows the baby to be born,” she said.

Another testimony speaker was Lonnie Ricks. In his message, he encouraged men to stand up and support the life of the born and unborn.

Ricks said that around 38 years ago, he committed “a crime of murder in the first degree, premeditated,” and carried the weight of guilt and shame for many years.

He encouraged his girlfriend at the time to get an abortion in San Diego. After the procedure was done, they were silent in the car, and he remembers his girlfriend saying “it was a boy.”

He believed he was a Christian at the time, raised by Christian parents. But it wasn't until later in 2004, that he received a much deeper understanding of “the truth” and the difference between “the light from the darkness.” Even after he returned to his faith, he said it still took years to believe he was forgiven.

Ricks said that even when a person commits a crime and gets away with it from the authorities, there is someone watching the whole time.

“There will be accountability for sin. For 10 or 20 years thinking you got away with it, there will always be a heavy emotion installed of shame, guilt, and regret. The most important forgiveness comes from our Creator, the one who died for your sins, my sins– no other than our Lord and Savior Jesus Christ,” said Ricks.

Ricks encouraged men who have somehow been involved in abortions to “man up” and stop running.

He said that he still has regrets about his past but they no longer haunt him. “There were times I cried like a baby, now I cry no more for myself but for the unborn,” he said.

At the end of the event, Deby Ellett encouraged attendees to help the cause by taking informational flyers and cards. She encouraged them to place them in ladies’ bathrooms because some women may feel ashamed and not want to be seen in public looking for that information.

Event Co-founder and RHC Board President Marty Ellett talked about the battle between the Church and politics.

He said that the Imperial County community believes that they’re “Pro-Life” but during every election season the County overwhelmingly votes for the democratic party.

“A lot of people think ‘man, you just crossed the red line brother Marty, you’re done, I’m out of here because you’re talking about politics,’ [but] I’m talking about life for God’s sake,” he said.

“That’s why we are where we are, because the Church has left politics … Someone’s morality is being forced on us every day, and when Christians leave that area guess what happens – welcome to 2023,” he said.

They invited attendees to participate in the “Side Walk” ministry which is a small group of people standing outside of Planned Parenthood on South 4th Street in El Centro, holding signs that encourage women to not go through with the abortion.

Those who cannot physically support the ministry or RHC and IVLC, were encouraged to pray for the pregnant women, their children and families, the Planned Parenthood employees, and the ministry volunteers.

According to Deby Ellett, a Spanish version of the event was held the next day at the same location.