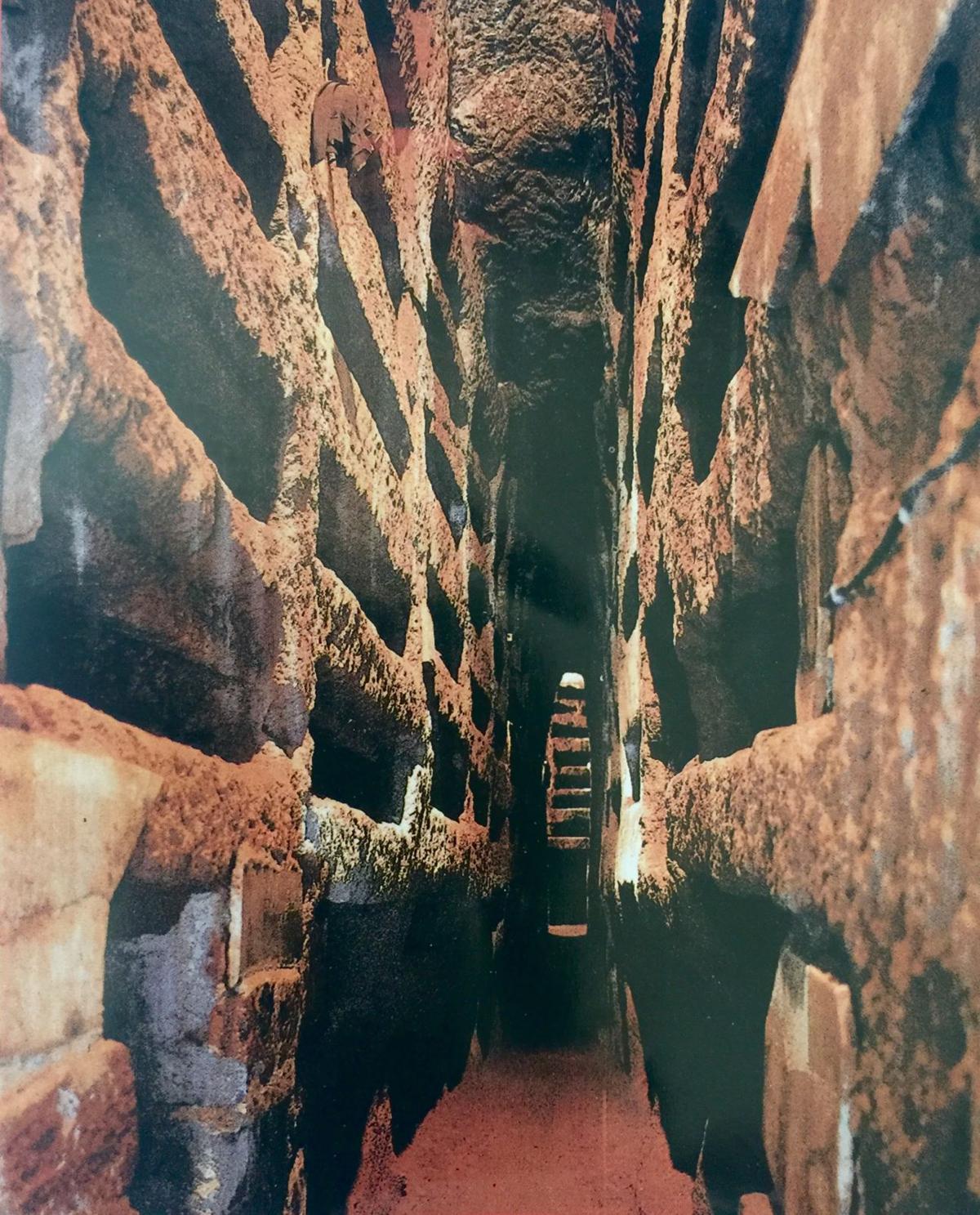 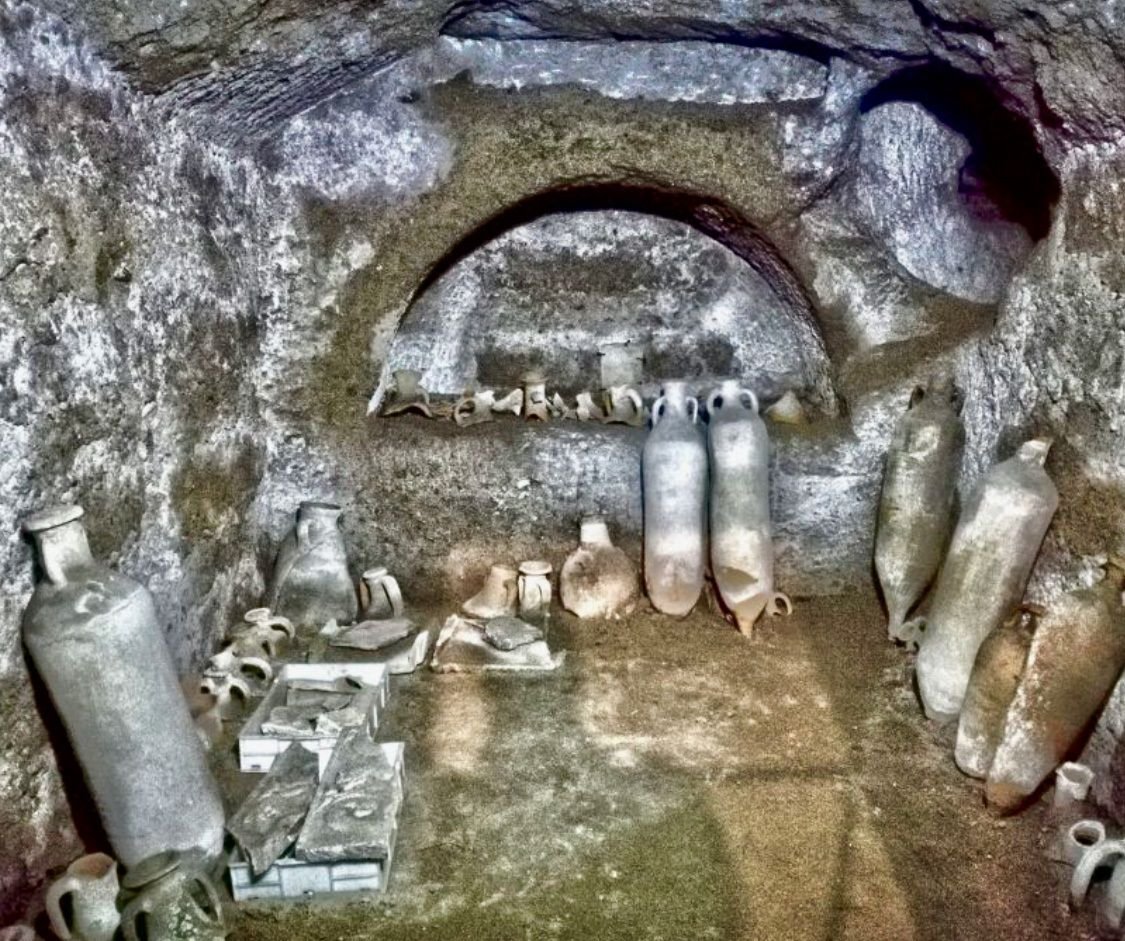 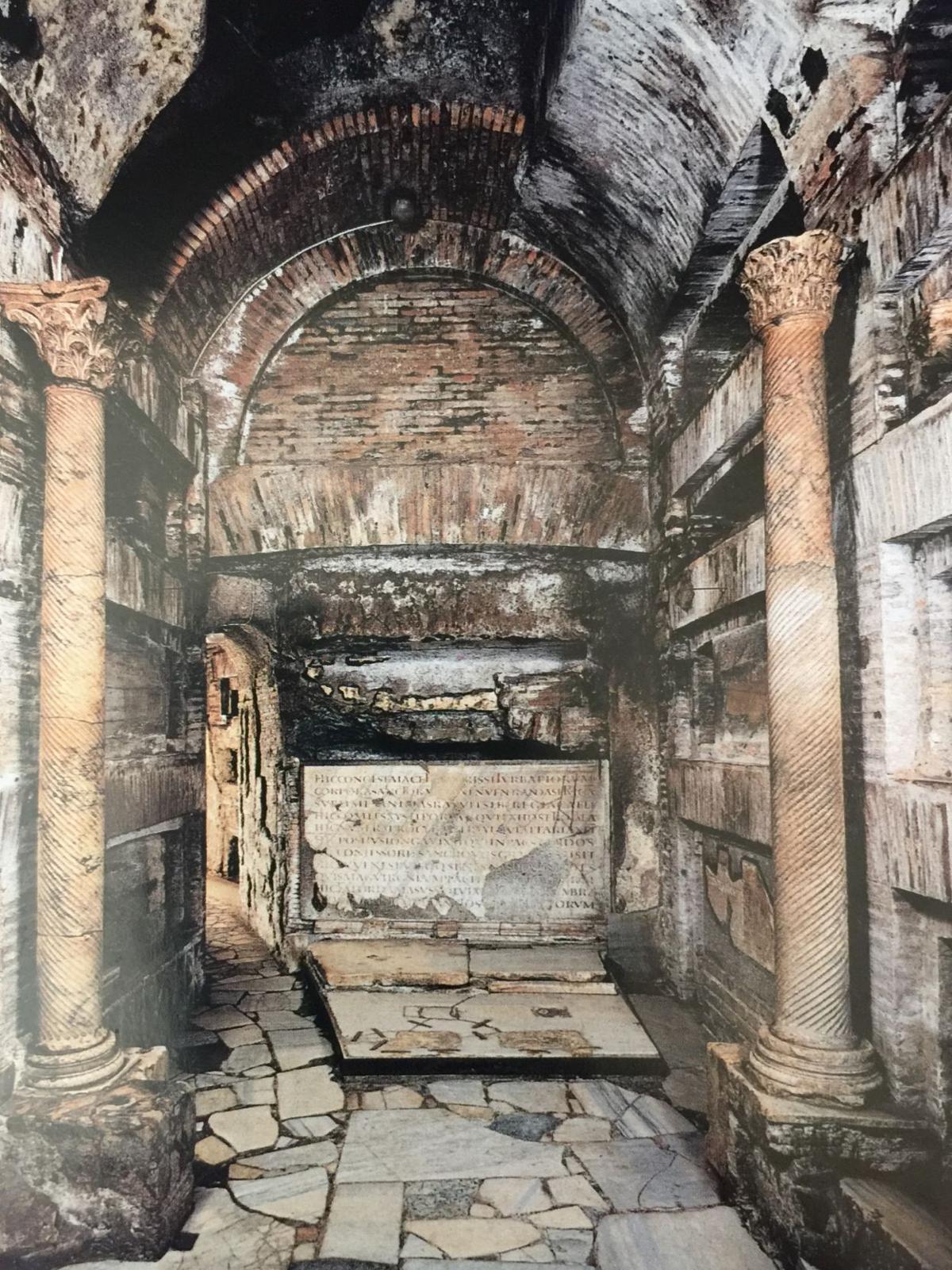 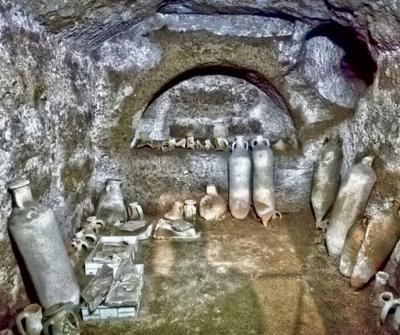 After the unique experience of visiting Pompeii and the Naples Archaeological Museum August 11, we boarded a bus for a three-hour drive to Rome where we enjoyed dinner together and settled in our hotel for a four-day’s stay in that city.

On August 12, we drove to the Catacombs of Saint Callixtus and visited this amazing sight. The catacombs originated about the middle of the second century and were part of an underground complex where several martyrs, 16 popes and a vast majority of ordinary Christians were buried. The particular catacomb we visited, which is only one of about 60 in Rome, represents the catacombs of the third century popes where nine of the 16 popes are buried. Exactly what is the meaning of the word, catacombs?

For the Romans 2,000 years ago, the word catacombs indicated a spot beside the Via Appia (a strategic road that extended from Rome). It was so called the place by the quarry because of the caves in the Pozzolana (an area where there is residue from volcanic action). It wasn’t until the ninth century the term came to mean any underground Christian cemetery.

During the first century (40 to 100 A.D.), Christians did not use catacombs for their burials. Most of them were buried in public cemeteries that were above ground. During the second century, because of deprived financial situations and the fact that the Christians didn’t agree with burning the bodies of the dead as was the custom of the Romans, they were unable to acquire tombs of their own and they began the underground excavation process. A few wealthy families who converted to the Christian faith donated land to the church for the excavation of the catacombs.

It was in the third century that the administration of the catacombs was taken over by the church in Rome; the fourth century saw the golden age of the catacombs. From the fifth to the ninth centuries, after the sack of Rome in 410 A.D., continued excavation of catacombs and burials ceased. Christian burials were above the catacombs and later were within the city. During this long period of time (400-800 A.D.), the catacombs were considered shrines and many pilgrims came to visit them with the sole purpose of praying at these tombs.

From the middle of the 800s to 1500, the catacombs began a period of abandonment. Collapsed material and vegetation obstructed the entrances and the catacombs remained in oblivion throughout the Middle Ages. They were virtually forgotten.

In the 1600s and 1700s, looting throughout the catacombs was a common practice; unscrupulous people took as much as they could and sold it to the highest bidder.

It was in the 1800’s that Giovanni Battista de Rossi began to develop a deep concern for Christian archaeology. He said, “This is the vocation to which God has called me.”

For decades, through his tireless efforts, he carried out the work of exploration and research in the catacombs of Saint Callixtus. Thanks to his efforts, we were able to visit this remarkable catacomb on our trip. We learned that all the catacombs were dug by the early Christians with only a pick and shovel; for light they used only a flickering lamp, and all materials were carried out in buckets and sacks. This certainly made us appreciate the dedication the early Christians had in completing their objective of digging these sacred burial sites.

Walking through the myriad of underground tunnels known as galleries, we were told the galleries in this catacomb extended on three floors with a fourth of limited extension; if put end to end, they would stretch for about 12.5 miles. The tombs numbered up to about half a million.

We saw several types of tombs. The “loculus” are rectangular tombs that normally contained one dead body. They were placed in open rows of tombs called “locali” where bodies were wrapped in a winding sheet without a coffin and placed individually on a shelf. These niches were covered with gravestones made of marble, or more commonly, baked clay, and had the deceased’s name carved on the cover accompanied by a Christian symbol.

The “arcosolium” was a tomb that was far more beautiful than the “loculus” and contained an arch above it. An “archosoleum” might contain one person or an entire family group; this was typical in the third and fourth centuries.

The “sarcophagus” was a type of coffin made of marble or stone. This type was comparatively rare in the catacombs because it was so expensive. Carvings typically found on the front, and sometimes on all four sides, depicted scenes from the Bible.

The “cubiculum” had numerous small rooms called “cubicula” that would house loculi or arcosolia for one or more related families.

The crypt was basically a small subterranean chapel that was decorated with pictures, frescoes, mosaics and architectural elements; these almost always contained the tombs of one or more martyrs or saints.

Walking into a crypt at San Callixtus provided an opportunity for our group to reflect on the time when the early, persecuted Christians in Rome gathered for prayer and meditation as they sought refuge in this subterranean chapel.

While in this chapel, we all joined together and sang praises to our Lord. I am sure the a cappella, acoustical reverberation of our blended voices as they bounced off the wall gave a joyful praise that was pleasing to our Lord.

A very common opinion deeply rooted among people was the idea of the catacombs as mysterious places, unknown to the Roman authorities of the time. It was thought that in these underground cemeteries, Christians hid during persecution and lived day and night to escape arrest. These are ideas inherited from some novels of the last two centuries or taken from pseudo/historical films. However, they are not true. In the first three centuries, Christians did not possess public churches, and gatherings for their celebrations were held in private houses. When the persecutions were most violent, they gathered in some of catacomb crypts only for the times of prayer.

This first stop in the glorious city of Rome provided great anticipation for our group; we anxiously looked forward to other adventures that awaited us in this city.