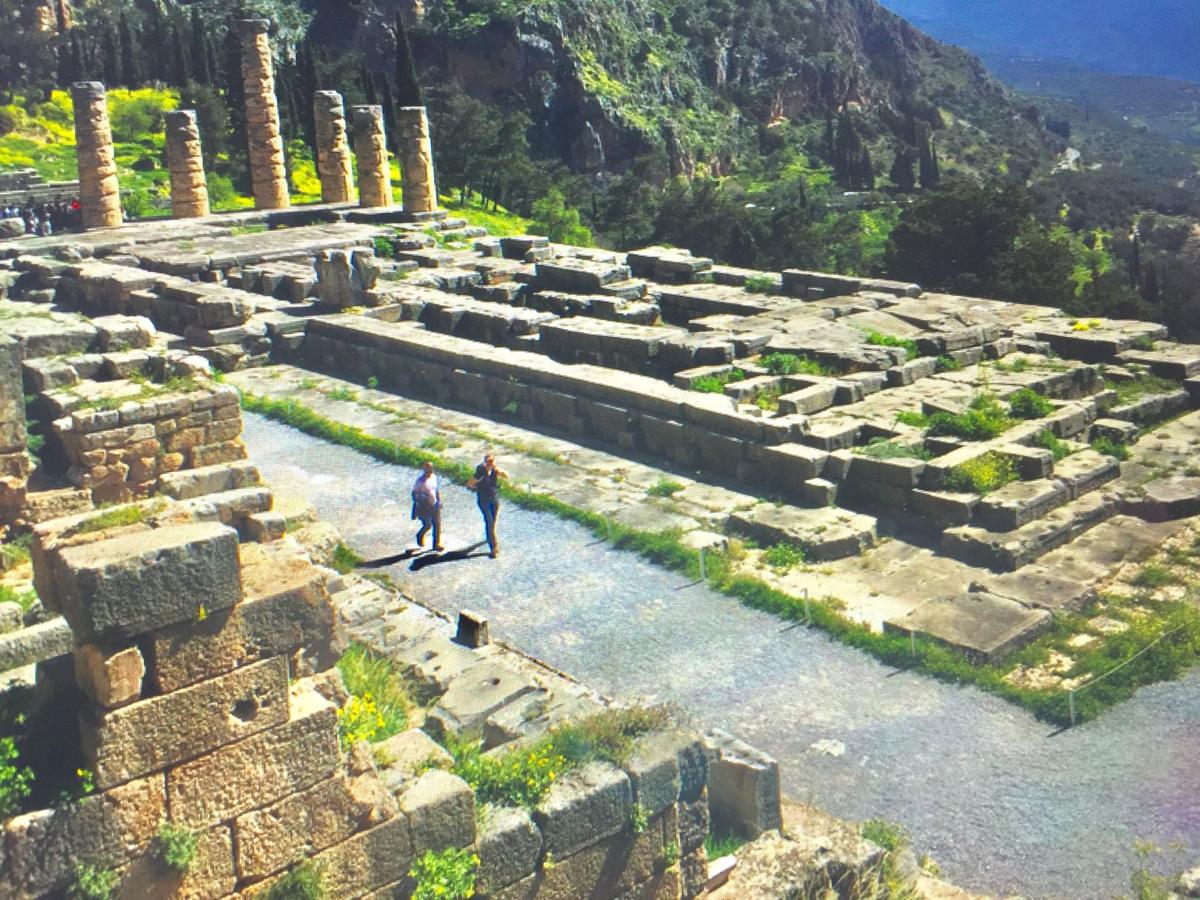 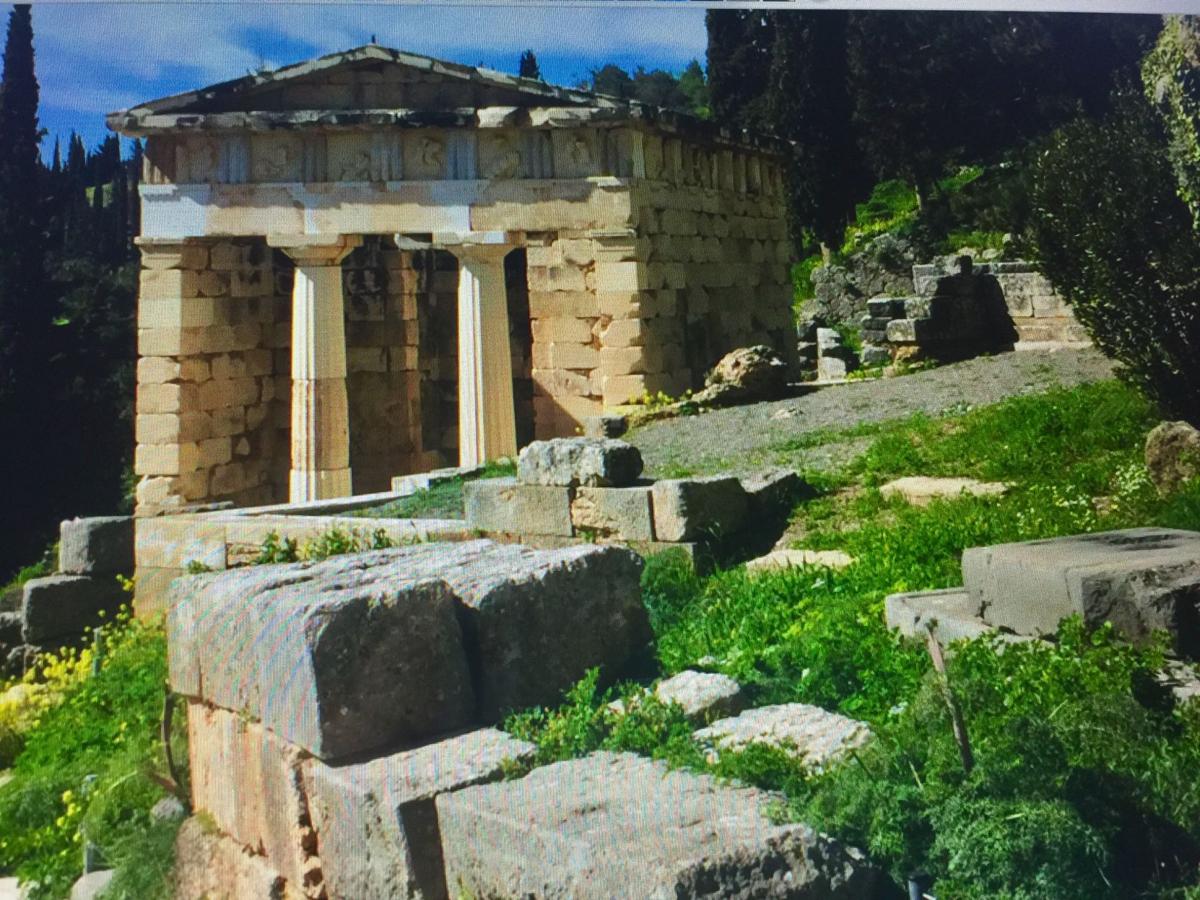 (Part 3 of the series "Following Apostle Paul's missionary steps," a journey taken by Shirley Jones with a group from Christ Community Church)

Our group, spearheaded by Christ Community Church’s Walter Colace and Julie Gaddis, departed Prevesa August 7, the fifth day of our amazing travels following Paul’s second and third missionary journeys. We headed for Delphi, Greece, to visit the site of the famous Apollo Oracle and its museum.

This archaeologically excavated site is located on the southwest slope of Mount Parnassus and was one of the holiest sites in ancient Greece; it was erected in the sixth century B.C. and dedicated to the worship of the god Apollo. In antiquity, the Temple of Apollo is where the famous oracle of Apollo (Greek, the “python spirit”) resided and where priests went to interpret the prophecies and predictions given by the oracle.

It is in Acts 16:16-18 that one reads about Paul casting out the “spirit of divination” (Greek a “python spirit”) from a slave girl. Six centuries after Delphi’s beginnings, Paul showed God’s power by casting out a demon from the slave girl many miles north of the Greek temple while in Philippi where he performed the miracle. Viewing the ancient city gave us an opportunity to see where the “oracle influence” originated; its prevalence was far reaching.

This archaeological site also contained a theater and a stadium for athletic contests. The contests, called the Pythian Games, were not as important as the Olympic ones. They were held every four years and included musical events as well as traditional athletic contests.

Delphi had many edifices that held other towns’ valuable treasures; these structures were called the “Treasury of the Athenians.”

In another area, one can find the famous Tholos, or round temple, which was a circular structure made of marble. Near this are the remains of two temples dedicated to the goddess Athena.

Departing from Delphi, we proceeded to Athens. At this point we “joined” Paul in his second missionary journey.

When Paul arrived in Athens from Berea awaiting the arrival of Timothy and Silas, “... he was deeply troubled by all the idols he saw everywhere in the city.” He went to the synagogue to debate with the Jews and the God-fearing Gentiles, and he spoke daily in the public square (Agora) to all who happened to be there. He also had a debate with some of the Epicurean and Stoic philosophers. When he told him about Jesus and His resurrection, they said, “This Babbler has picked up some strange ideas.“ Others said, “He’s pushing some foreign religion.“ (Acts 17:16-18)

The Agora, where Paul presented his gospel message, was the center of administration and politics as well as a place where people gathered for all kinds of exchanges from philosophical discussions to buying and selling of goods. After his discussion in the Agora regarding the resurrection of Christ, he was taken before the Council of Philosophers to stand in the midst of Areopagus (Mars Hill) to defend his message. In Paul’s four to five days of wandering around the area, he had come across an altar with the inscription: “TO THE UNKNOWN GOD.“

Seeing this altar’s description, Paul took the opportunity while he was speaking on Mars Hill to introduce the Athenians to the Creator–God, “Who Could be Known.“ (Acts 17:19-34)

Paul, the great evangelist, always knew where to touch the hearts of his audiences. When evangelizing the Athenian pagans, “who at least acknowledged the existence of someone beyond their ability to understand who made all things,” he began with the creation concept. When evangelizing Jews, he started with the Old Testament. (Acts 17:10-12)

As we had a chance to walk to the top of Mars Hill and glance back at the Acropolis which had housed temples to many gods/goddesses since 5000 B.C., we were able to see the Parthenon, dedicated to the goddess Athena. Paul saw the statue when he made his masterful gospel presentation on top of this hill.

The opportunity we had to climb to the top of the Acropolis and tour the exterior of the Parthenon (built between 421-406 B.C.) was quite an arduous climb. Viewing the theater (Odeon) at its base, which is still used for concerts, shows the phenomenal construction efforts of the early artisans.

Upon arriving at the top of the Acropolis, James, our tour guide, gave us a thorough explanation of the Parthenon‘s construction and it’s religious purposes. Through many earthquakes, wars, and devastation, the Parthenon has seen much destruction. However, the Greek government continues to renovate to retain and support the existing structural foundations.

The next day, our group enjoyed a free day to peruse an archaeological museum, walk through the Placa (present day shopping area), rest, have lunch on our own and enjoy some free time at our leisure. It had truly been an awesome experience to realize the depth of Paul’s commitment to share the Gospel of Jesus Christ.