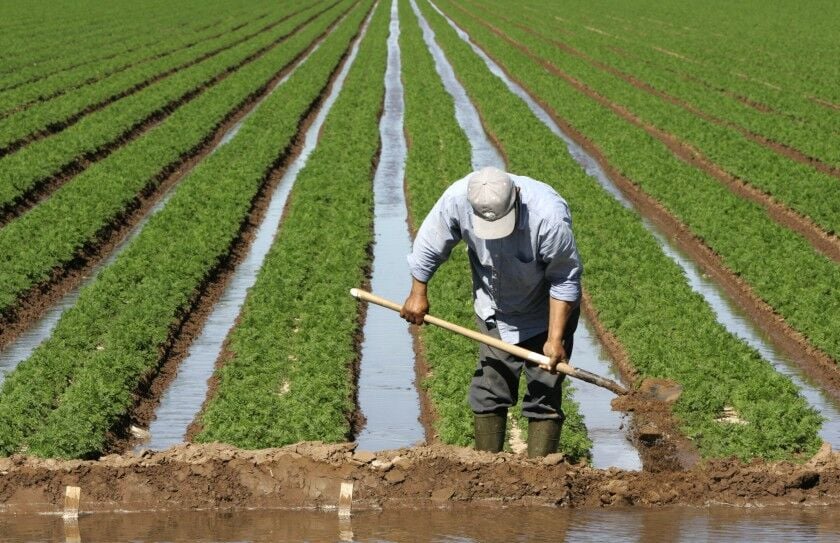 The lawsuit that Michael Abatti filed against the IID over the fairness of its plan for distributing water may have reached the end of the road on July 16 when the California Fourth District Appeals court in San Diego unanimously rejected nearly all his arguments.

Justice Cynthia G. Aaron wrote a 106-page opinion that laid to rest, hopefully forever, the idea that farmers own a special right to a particular amount of water in the Imperial Valley. Ms. Justice Aaron, with Justices Patricia Benke and Joan Irion concurring, ruled that the IID owns the rights to water from the Colorado River and has wide discretion on how to distribute it to all users. Farmers may be the principal users of water, but all other users — municipal, industrial, environmental — have an equal right to water service.

Judge Brooks Anderholt’s ruling from 2017 was reversed in all its details except for one point: Justice Aaron did accept Mr. Abatti’s contention that the IID was wrong in putting agricultural users last in a prioritized list of water users. In this one matter, she wrote that the IID needs to develop a new Equitable Distribution Plan (EDP).

This is a big win for the IID and all the residents of Imperial Valley. Under Judge Anderholt’s ruling (which has now been overturned), the IID would have been subservient to a small group of farmers regarding the distribution of water. Now the appeals court has re-stated that the IID has the power and the right to allocate water. The IID also has broad discretion to select among various methods in making that allocation.

Anderholt’s ruling had stopped new development. What company would risk its money when it could not be assured of getting water? All this was up in the air. Now development can continue. The IID can offer contracts to new water users, whether it’s a new geothermal plant, a water park, a brewery, or a chip maker. Under Justice Aaron’s opinion everyone who lives or does business in the Imperial Valley has a right to water service.

Anderholt had also limited the method of how water was to be distributed based on historical use alone.

Justice Aaron stated that Mr. Anderholt had overstepped his authority when he ruled that historical use is the only method that the IID could use to allocate water. She wrote at length how cumbersome and inaccurate a historical approach would be. IID services 7,000 fields, she wrote, with multiple fields often being served by a single gate. This means that the IID may have accurate data about how much water has been going to each gate but not to each field.

A purely historical method to distribute water does not consider farmers’ differing practices. Ms. Aaron dedicated many pages to this issue, showing clearly why a purely historical approach would violate the very spirit of fairness that Judge Anderholt was purportedly trying to uphold.

Mr. Abatti’s attorneys have argued that under irrigation law he has a right to a “reasonable” amount of water. Justice Aaron responded that the IID and not the farmers has the authority to determine what is reasonable. She added that what is reasonable changes with the circumstances surrounding the IID’s situation, which includes drought and climate change.

Does this appeals court decision close the door on Mr. Abatti’s dispute with the IID over water? It’s doubtful.

Mr. Abatti’s attorney, Cheryl Orr, is filing a Request for Rehearing to the appeals court. She claims that Justice Aaron got her opinion wrong. Her request will not go over well, but it is required if Mr. Abatti decides to pursue his case at the California Supreme Court. I predict that the Supreme Court will refuse to hear it.

With ongoing drought on the Colorado River and climate change, a day will come when the IID must tell a farmer (and probably all water users) that their supply will be reduced. Mr. Abatti and others will likely again resort to litigation to question the IID’s decisions.

For now, however, we can celebrate an interlude of peace. A trio of astute women justices has confirmed that the IID, and not a small group of farmers, hold both the authority to distribute water and broad discretion on how to do it.