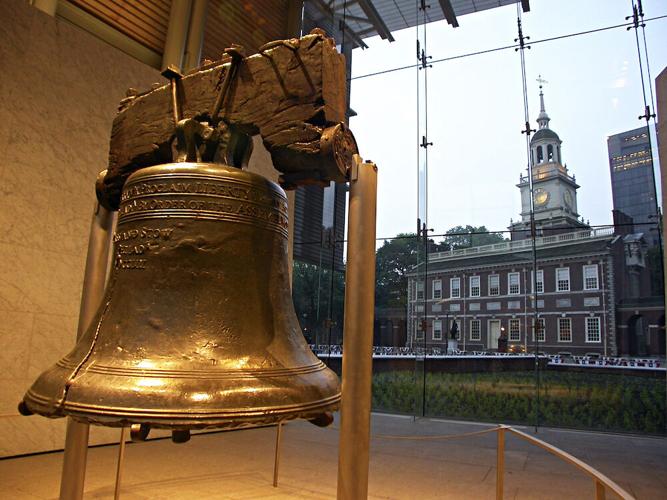 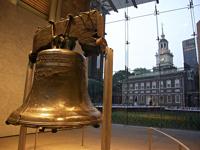 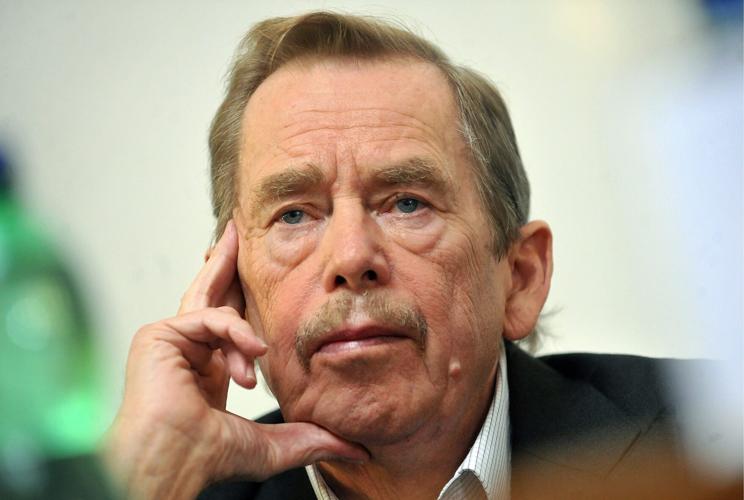 Czech former president, author Vaclav Havel looks on during a debate on 'Freedom and its Adversaries' at Charles University in Prague, Czech Republic on 14 November 2009. The debate marked the upcoming 20th anniversary of the fall of Communism in Czechoslovakia. EPA/FILIP SINGER 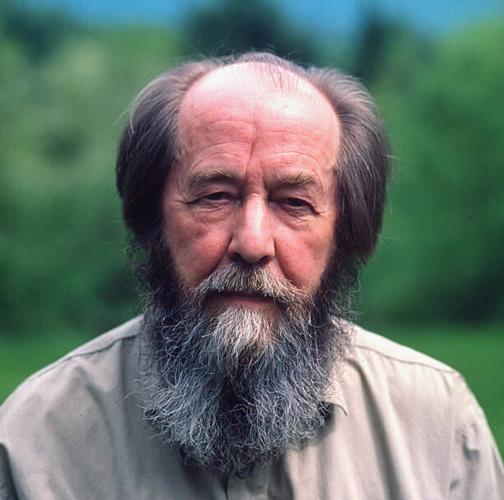 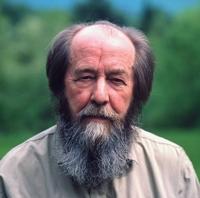 Nobel prize-winning author and critic of Soviet regimes Aleksandr Solzhenitsyn standing outside at his home. (Photo by Steve Liss/Getty Images) 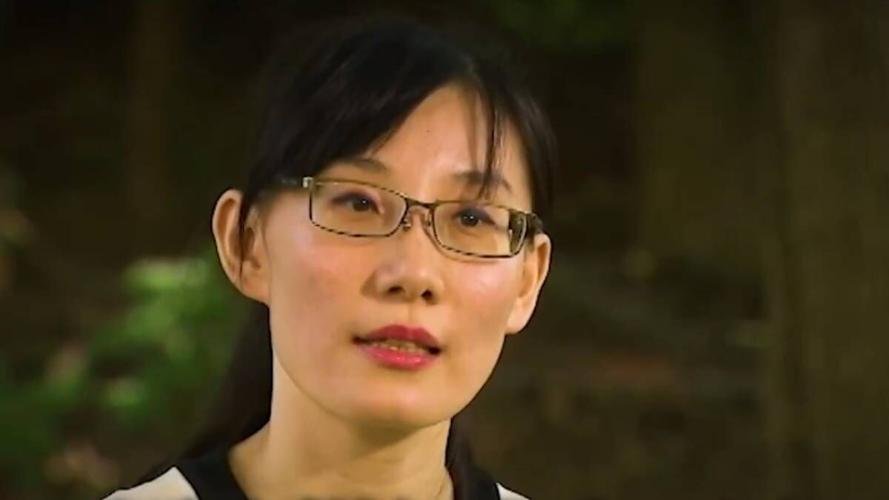 The dictates springing from the COVID-19 Pandemic have sparked widespread protest in the United States and worldwide. Vaccine mandates are widely criticized as authoritarian. As 9,000 New York City workers stay home in protest on unpaid leave, the country is more divided than ever.

Those in the United Kingdom, Australia, and America have defied vaccine decrees, engaged in protests, and walked off the job. PTA meetings have turned into shouting matches as mask mandates have been hotly contested.

Ivermectin continues to be widely debated, and doctors who prescribe it continue to be vilified by both government and the media. Censorship and propaganda directed at those who favor Ivermectin are at all-time highs, while any scientist who speaks out against the vaccines runs the risk of de-platforming, censure, or loss of license.

Some have accused Big Pharma of having an agenda against repurposed drugs.

Are the countries of the West descending into totalitarianism?

Václav Havel once said, "The idea of human rights and freedoms must be an integral part of any meaningful world order…If it is to be more than just a slogan mocked by half the world, it cannot be expressed in the language of departing era, and it must not be mere froth floating on the subsiding waters of faith in a purely scientific relationship to the world."

Havel uttered those words in 1994 while accepting an award in Philadelphia.

Like Aleksandr Solzhenitsyn before him, Havel lived through terror in a totalitarian regime of censorship, propaganda, and the harshest repressions. Yet, after the fall of the Berlin Wall, he served as President of a free Czechoslovakia.

However, with the increasing rise of technology that Havel observed, he also noticed an increase in arrogance, atheism, and an abandonment of ethics, morality, and human rights.

He criticized Western governments as profoundly dehumanizing and alienating.

“The heavy hand of centralized bureaucracy, Havel observed, “makes everyone first powerless, then listless. We have lost sense that there is a way out, lost the will to do anything. The more we know about dangers like global warming, the less we seem able to deal with them. These systems also marginalize community and leave people with a fundamental sense of nonbelonging.”

Both Solzhenitsyn and Havel noticed the failure of "post-modern" society to recognize liberty. Currently, during the COVID-19 Pandemic, even our President, Joe Biden, mocks it when he tells the populace he is losing patience with them, for they have not all submitted to forced vaccination.

More than half the population has willingly given up their liberties without objection, relinquishing their businesses, their health care decisions, their freedoms of speech and association.

Because most of us are too young to know what it is like to be without freedom.

As Solzhenitsyn wrote in his book, One Day in the Life of Ivan Denisovich,

"Can a man who's warm, understand one who's freezing?"

Havel also knew what it was like to freeze. He had been arrested by the Czech version of George Orwell's "thought police." Havel was a member of the "Committee to Defend the Unjustly Prosecuted," also known derisively by the State as VONS. VONS was formed as a Czechoslovakian Human Rights movement; its purpose was to call attention to those imprisoned Czech citizens whose only crime was speech.

He was prosecuted for speaking out under Article 98 of the criminal code for subversion, a crime against the State punishable by up to 10 years in prison. Havel was to spend four long years in a maximum-security prison in Mirov. His sentence involved hard labor, and his job was to fabricate steel mesh as a welder.

While Havel recognized what it meant to feel cold, Solzhenitsyn also knew, and today so does Dr. Li-Meng Yan. After working as a top Virologist in China and communist-controlled Hong Kong, she became a whistleblower with the COVID-19 Pandemic. She observed, to her great shock, that the genomic sequence of the virus was inconsistent with nature. She was ordered not to reveal this. However, in January 2020, Dr. Yan defied her research supervisor, Dr. Leo Poon, and told the world that the virus was man-made.

Following threats to her life and a suspected poisoning, she was forced to defect to the United States.

After publishing his masterpiece, The Gulag Archipelago, Solzhenitsyn also experienced a failed assassination attempt for speaking out against the Soviet Union.

However, threats and failed assassination attempts did not silence these three courageous human beings. On the contrary, they all had the moral courage to stand up against totalitarian regimes for the sake of human rights. Havel delivered his Liberty Award speech at Independence Hall.

His views on God are amazingly similar to those of Solzhenitsyn. While standing in the Hall, home of the Liberty Bell, and the room where Thomas Jefferson, Ben Franklin, John Hancock, and others signed the Declaration of Independence, Vaclav Havel said,

“The Declaration of Independence, adopted two hundred and eighteen years ago in this building, states that the Creator gave man the right to liberty. It seems man can realize that liberty only if he does not forget the One who endowed him with it.”

In the speech, he warns us that our freedom is in jeopardy unless we carefully protect our liberty rights.

“The artificial world order of the past decades has collapsed and a new, more just order has not yet emerged...This task is all the more urgent because other threats to contemporary humanity brought about by one-dimensional development of civilization are growing more serious all the time.”

Havel urged the modern world to return to the embrace of these principles, “The idea of human rights and freedoms must be an integral part of any meaningful world order.”

And that must stem from a belief in spirituality. Havel spoke further,

“A modern philosopher once said: ‘Only a God can save us now’…Yes, the only real hope of people today is probably a renewal of our certainty that we are rooted in the Earth and, at the same time, the cosmos. This awareness endows us with the capacity for self-transcendence.

Politicians at international forums may reiterate a thousand times that the basis of the new world order must be universal respect for human rights, but it will mean nothing as long as this imperative does not derive from the respect of the miracle of Being, the miracle of the universe, the miracle of nature, the miracle of our own existence.

Only someone who submits to the authority of the universal order and of creation, who values the right to be part of it and a participant in it, can genuinely value himself and his neighbors, and thus honor their rights as well.”

We, the people, must honor and value each other's inalienable rights under God. We must value racial equality, we must respect our sacred rights to decide what we put into our bodies, and above all, we must support each other's rights to free speech.

Without this, our world will continue its deadly spiral down to totalitarianism, where the tactics of Marx will infect the West, and where censorship and punishment for "misinformation" against the State will escalate until Orwell's 1984 fully unfolds.