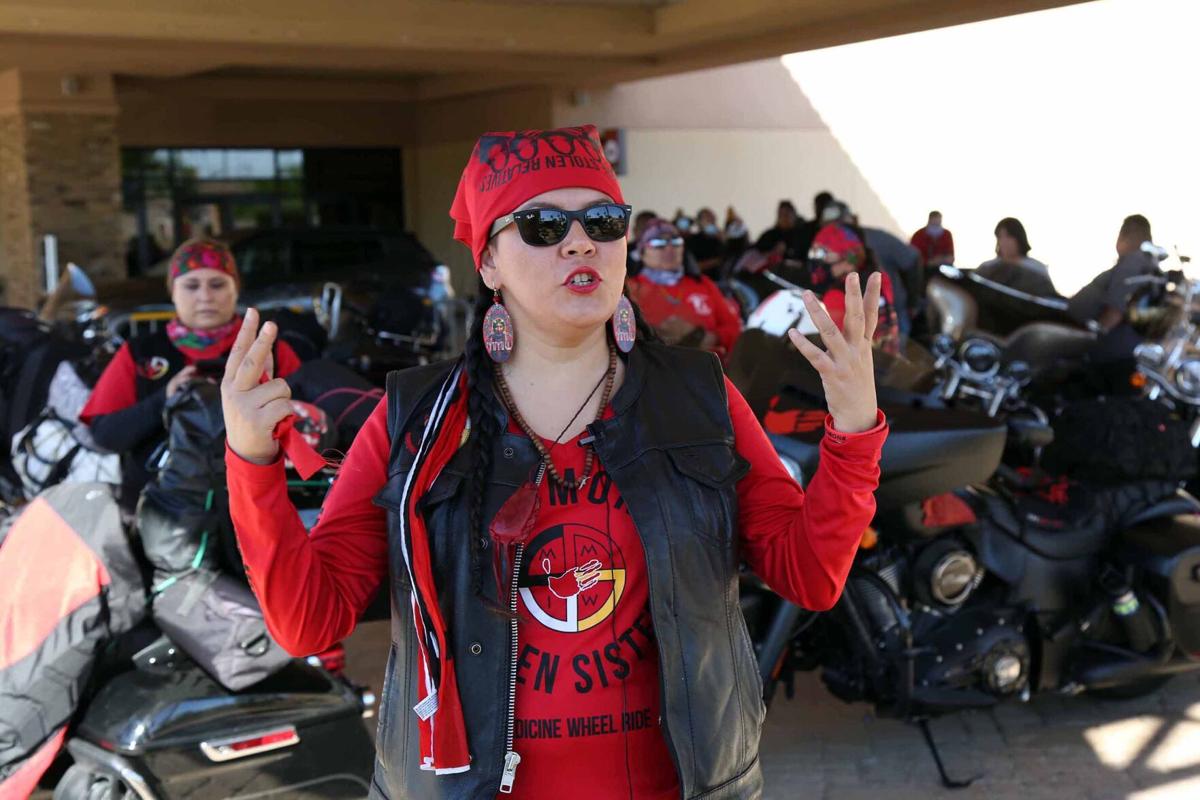 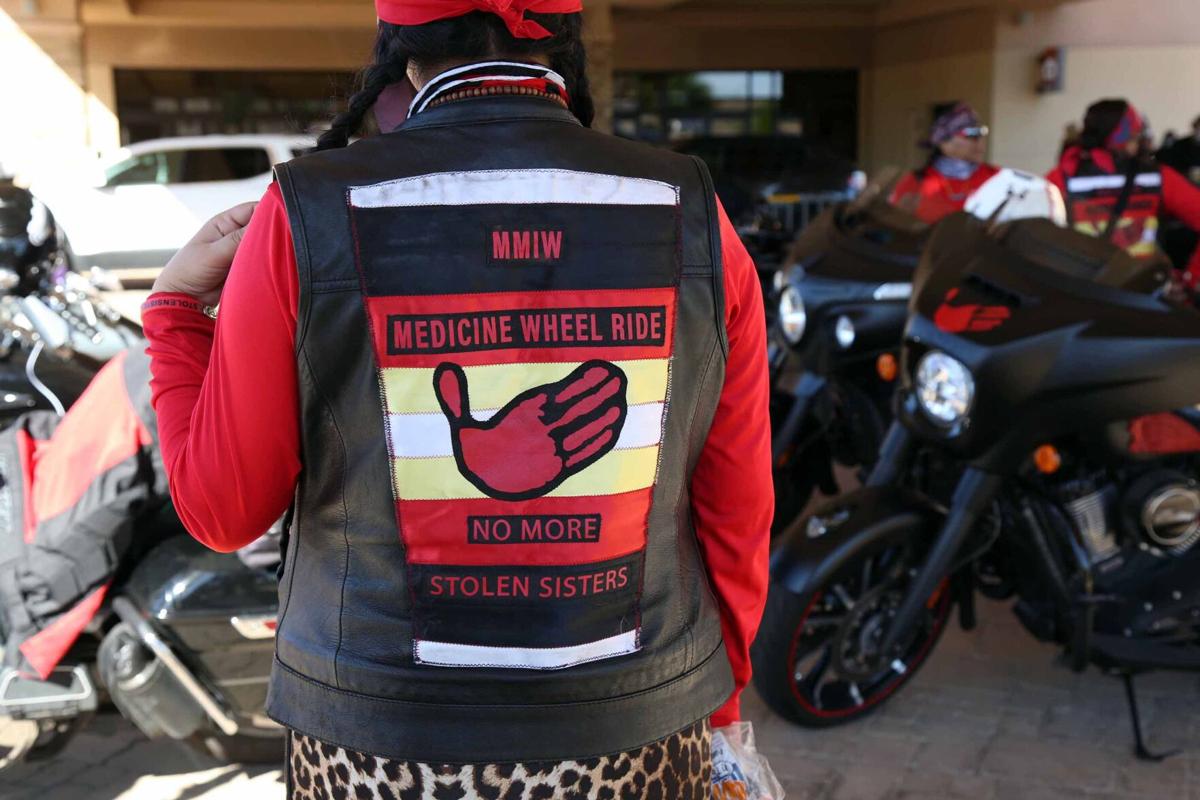 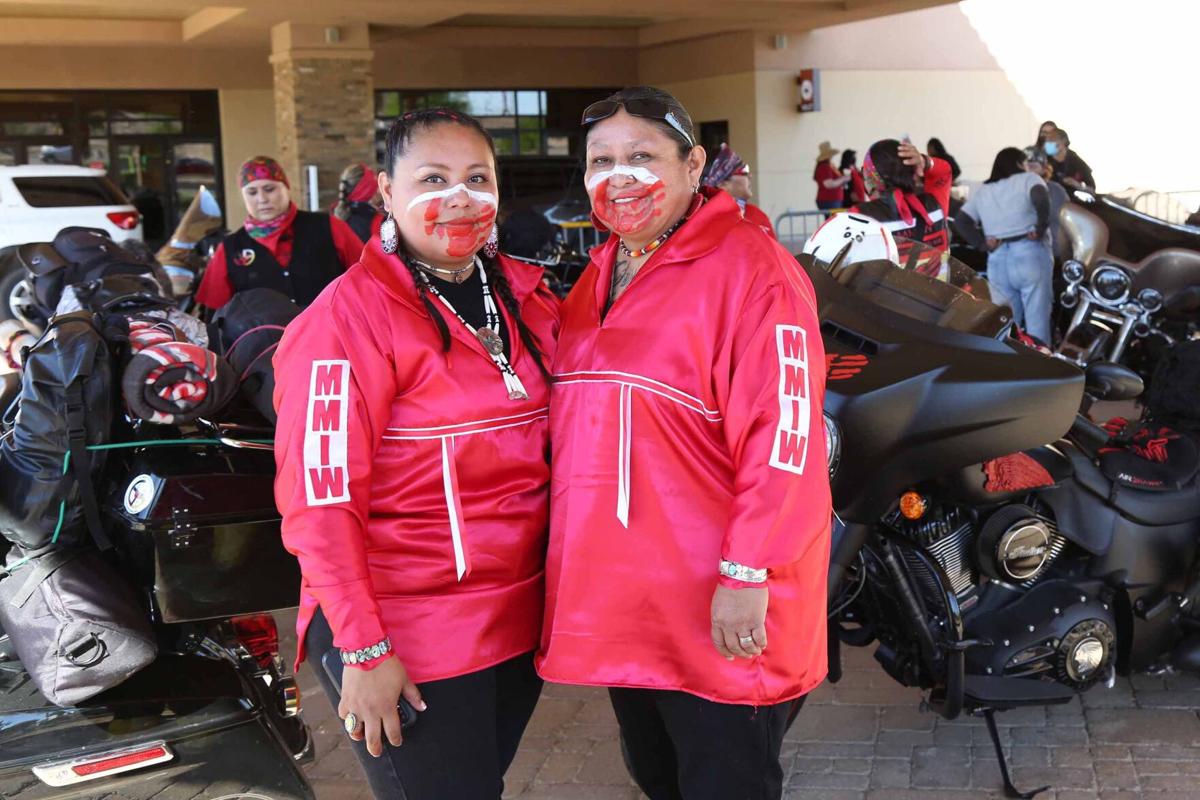 WINTERHAVEN — The Medicine Wheel Ride group of bike riders embarked on a journey to support May 5th as National Day of Awareness for Missing and Murdered Indigenous Women and Girls at the Quechan Casino Resort.

The bikers — who came from Texas and Four Corners, a region where the states of Colorado, Utah, Arizona, and New Mexico meet at a common point — represented different indigenous north American tribes and professions. They met in Phoenix, Arizona on April 29 and travelled 195-miles to Winterhaven for an overnight stop.

More than 20 Medicine Wheel Ride bikers, including several cars and trucks, visited the local tribe at the Quechan Reservation Friday, April 30. But before leaving the premises of the Quechan Casino Resort, “Wheelz” — a riding name — used a ceremonial fan and smoke to give a morning blessing to each rider.

Then, they continued their journey to San Diego, where they joined at least 250 riders Saturday, May 1.

“We are a group of indigenous women from a variety of tribes,” said Shelly Denny, a rider who came from a family of bike riders. “We rode our bikes to increase awareness of the crimes, as a memorial, and to see who we can help along our journey.”

“Every single day, their families think of their loved ones,” said Denny.

“This is an emotional issue. We are talking about people’s flesh and blood. These were women who came from another woman’s body. They shared the same blood and shared the same flesh. And to have that missing part is an indescribable pain and experience,” said Denny, a trained acupuncturist.

Based on their groups regular weekly telephone calls, Denny said, “We are finding out that there were local missing and murdered women. We have taken our passion for motorcycling and pivoted into this meaningful event.”

According to Denny, they brought red ribbons on their journey. The names of the missing and murdered women and girls are written on the red ribbons as a memorial. “We pray for them collectively,” said Denny, who owned her first bike in 1996, and had participated in numerous motorcycle trips.

“Now there is a purpose attached to it,” said Denny, referring to the Missing and Murdered Indigenous Women printed on their red T-shirts.

“Too much of the blame is placed on the victim too often. We need to stop that. If it is not the victim’s fault, whose is it,” said Denny, who wanted to tell men with an urge to harm women, “Keep your hands in your pockets and walk away. Get an anger management. Don’t be afraid of your own emotions.”

Riders Kelsey Chino and Little Bear rode on the same motorcycle. Both had war paint on their faces — a red right hand painted across the mouth and white paint across the nose. According to Chino, the red paint symbolizes the missing murdered indigenous women. “We are here to honor them by ‘riding in prayer.’”