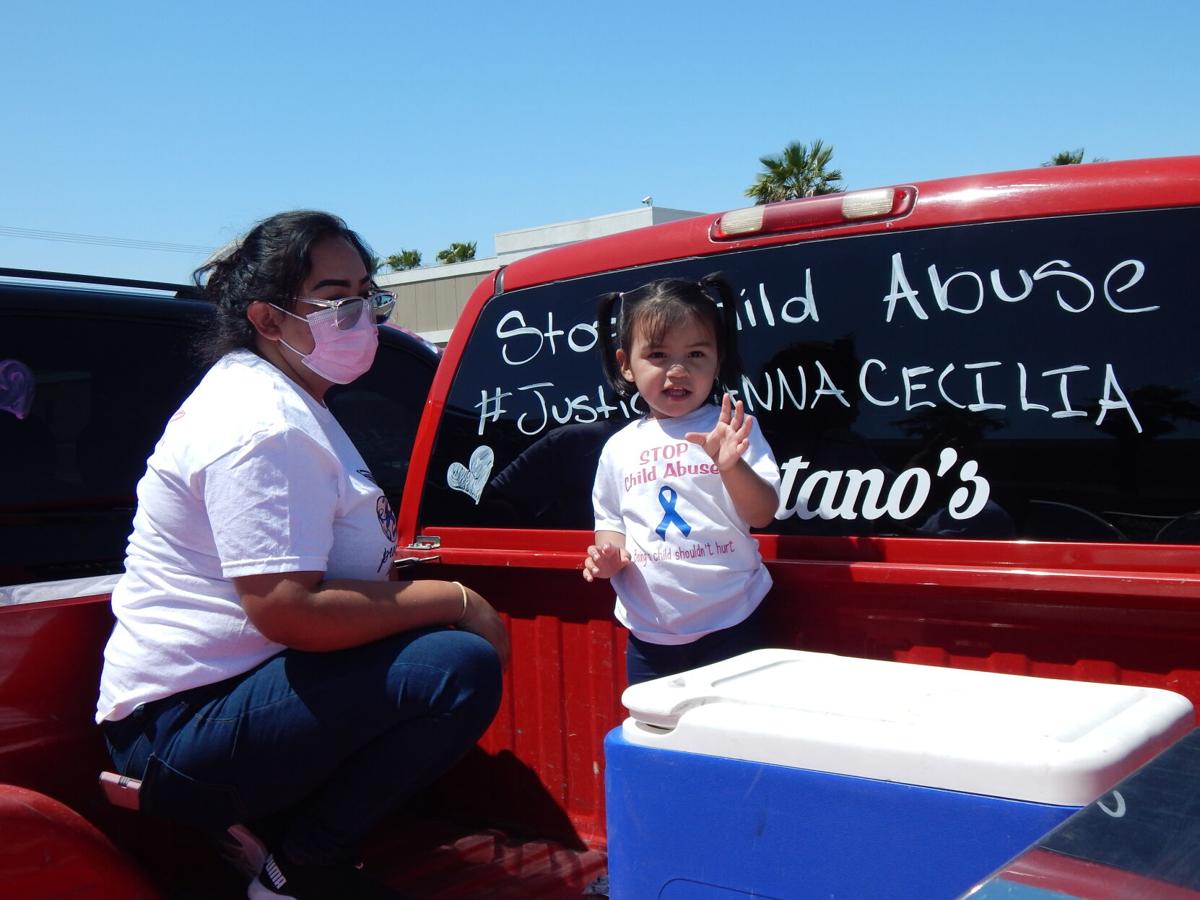 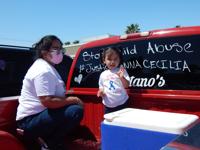 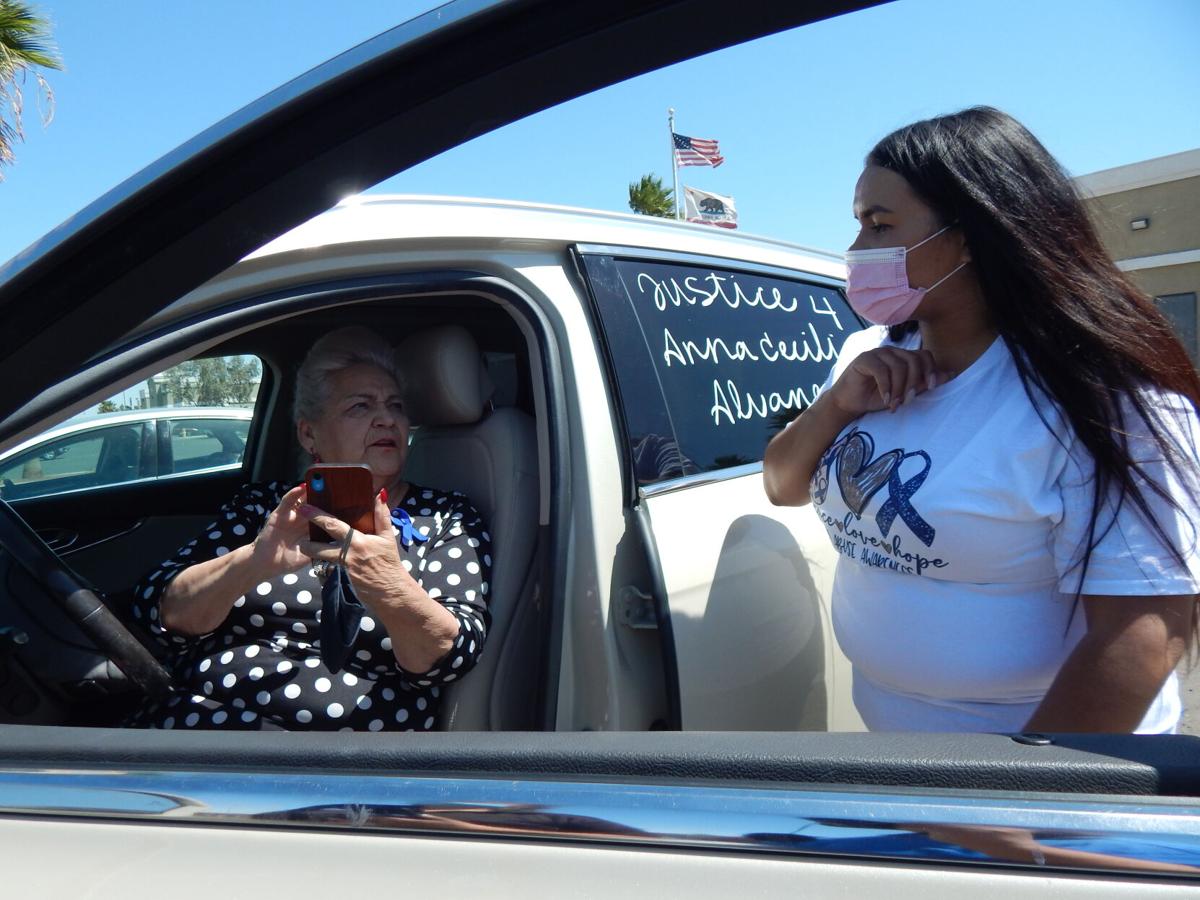 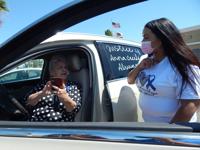 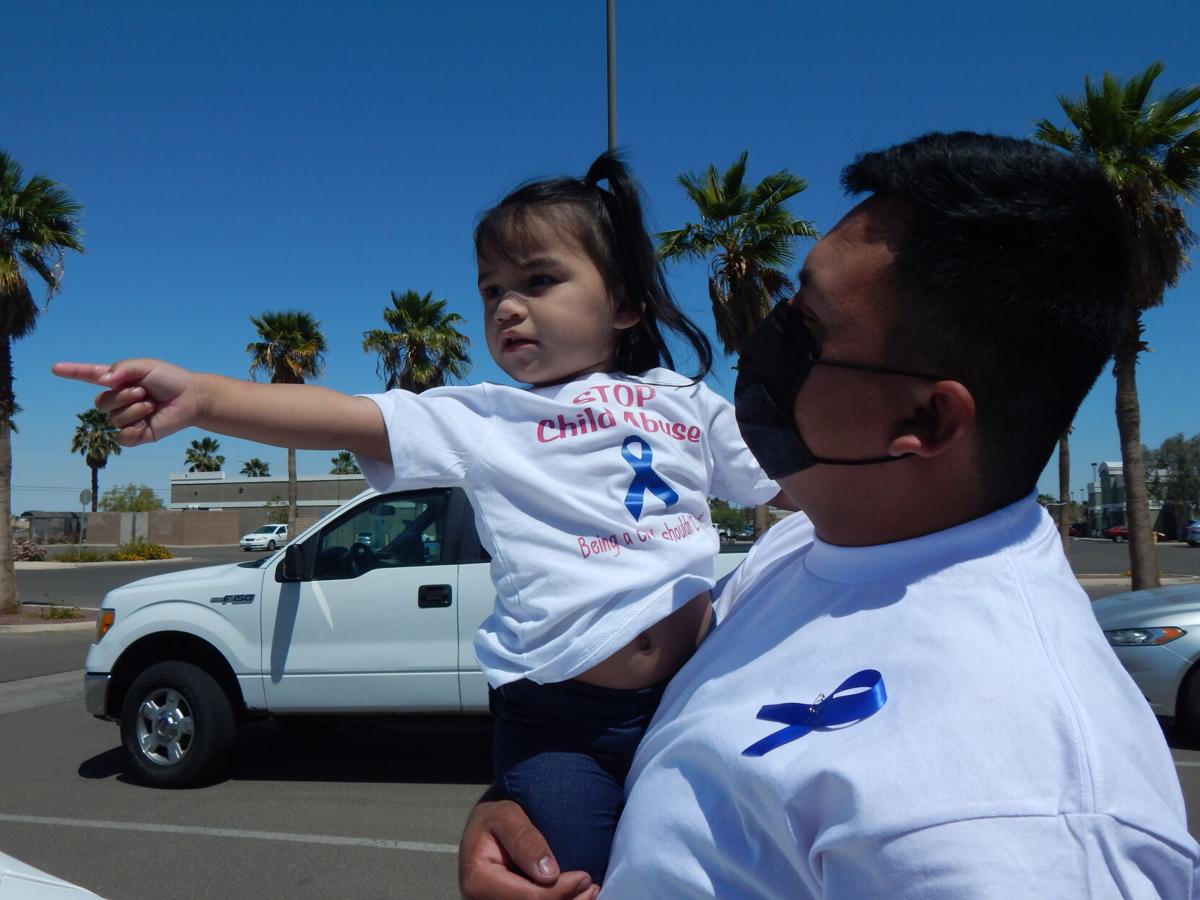 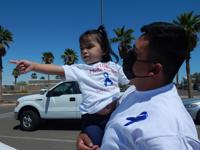 EL CENTRO — More than a dozen cars drove through the streets of El Centro Thursday, April 22, from the Imperial County Child Protection Services building to the County Administration Building near the District Attorney’s Office, honking away in protest with signs posted and cars painted seeking “Justice for Anna Cecilia.”

The protest was an outcry by the parents of now 2-year-old Anna Cecilia Alvanes and their supporters from Imperial and Yuma counties, hoping for a trial to come to courts due to the alleged child abuse perpetrated upon their daughter while she was in the care of a foster family in Brawley before the parents regained custody on January 27, 2021.

The child’s parents, mother Lidia Montano and father Jose Alvanes, said their daughter received more than 12 bone fractures and muscle tissue damage in her legs, knees, and hips while under the care of foster parents Christina Velazquez and Christian Valdez, of Brawley, through County foster care.

Imperial County Department of Social Services documents confirm the fractures, swollenness, and state it as “child abuse” in the document, listing the medical exams were done on the child when she was transferred from Pioneers Memorial Hospital to Rady’s Children Hospital the morning of April 8, 2019, when Anna was only 20 days old.

The documents state Velazquez was the person who brought the child to the hospital because “she was irritable” and “her upper legs appeared swollen and tender,” according to the documents. X-Rays at Pioneers revealed bilateral femur fractures and a clavicle fracture, and that Anna has lived in the home of her then-foster parents since four days of age.

The document also states that some of the fractures were already in “various stages of healing” and were “inflicted injuries” through “rough handling (physical abuse)” which “had been ongoing.”

“The multiple metaphyseal fractures are typically the result of twisting and yanking on the extremities,” the document reads. “They are characteristic of child abuse and are not the result of birth trauma.”

“We’re here because we want to be heard,” Montano said. “She was having ongoing abuse. Mainly they broke her legs, snapped her knees, her feet, they broke her clavicle, her rib, her arm.”

“The foster family got an attorney, and they didn't give a statement, so they have nobody to hold accountable,” the mother said. “They didn't even give them negligence or anything so we're here asking for justice.”

The parents said they didn’t say anything publicly previously because CPS intimidated them into not taking any action against the County while they were seeking custody, but “since we got custody we’re standing up.”

The couple said they cooperated and were helped by Brawley Police Department, but due to no statements being given by Velazquez and Valdez, there was nothing they could do, and the matter was not taken up by the District Attorney’s Office even after a former guardian ad litum — or court-appointed special representative for children — who was assigned to the child filed a lawsuit.

“If nobody spoke about it and they're not certain of who did it, how come the foster parents were not given negligence or held accountable. Why? What's going on,” Montano said.

“We want to know who did it, why they did it, and why nobody went to jail for doing such actions,” Alvanes said.

“CPS never told us any information,” Montano said. “There's been orders by the judge to give us information but they're not following them. It just doesn't make sense.”

The parents of Anna Cecilia said though the fractures are healed now, the 2-year-old still has ongoing physical therapy, which is harder to do now due to the pandemic as her physical therapist can’t be there in person. Alvanes said the parents perform the session themselves with their daughter under the video-guidance of her therapist.

Sure Helpline Crisis Center Executive Director Margaret Sauza said she has seen multiple child abuse or molestation charges end up in a dead end at the District Attorney’s Office after the police have done their part.

“It's the district attorney ... they chose not to move forward on it,” Sauza said at the protest.

“There's been a lot of incidents where the DA's office has been able to cover up or it didn't happen or it's not that way,” she said, “but this is one time where I hope the public really pays close attention and it will show you that we've got somebody there that's not doing their job, not protecting children, and not protecting the community.”

Sauza said she has noticed a pattern of police reports not being made available to alleged victims or parents of victims when a case “all of a sudden becomes too touchy or delicate … then it goes to the DA and nothing happens.”

The Justice for Anna Cecilia Facebook group can be found here.