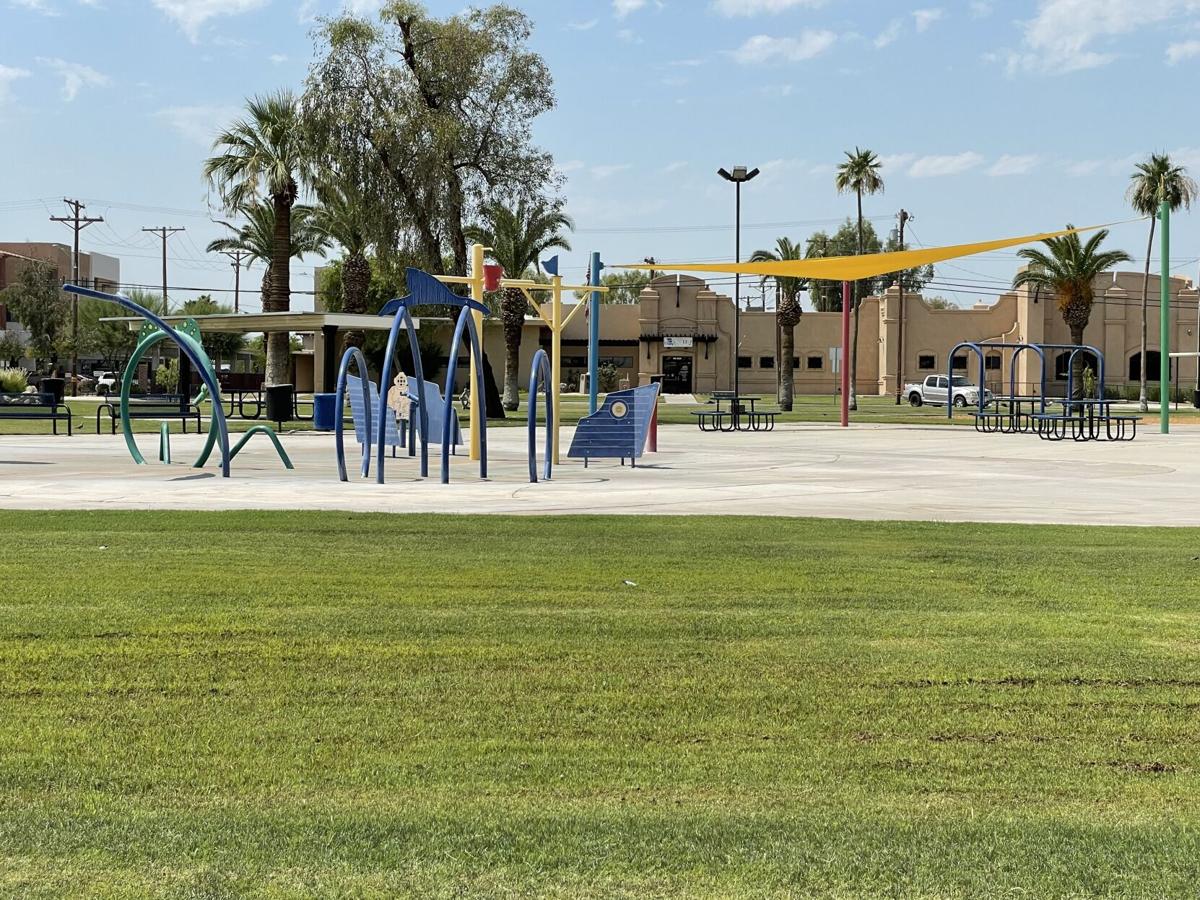 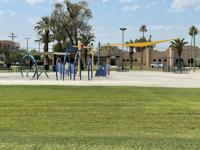 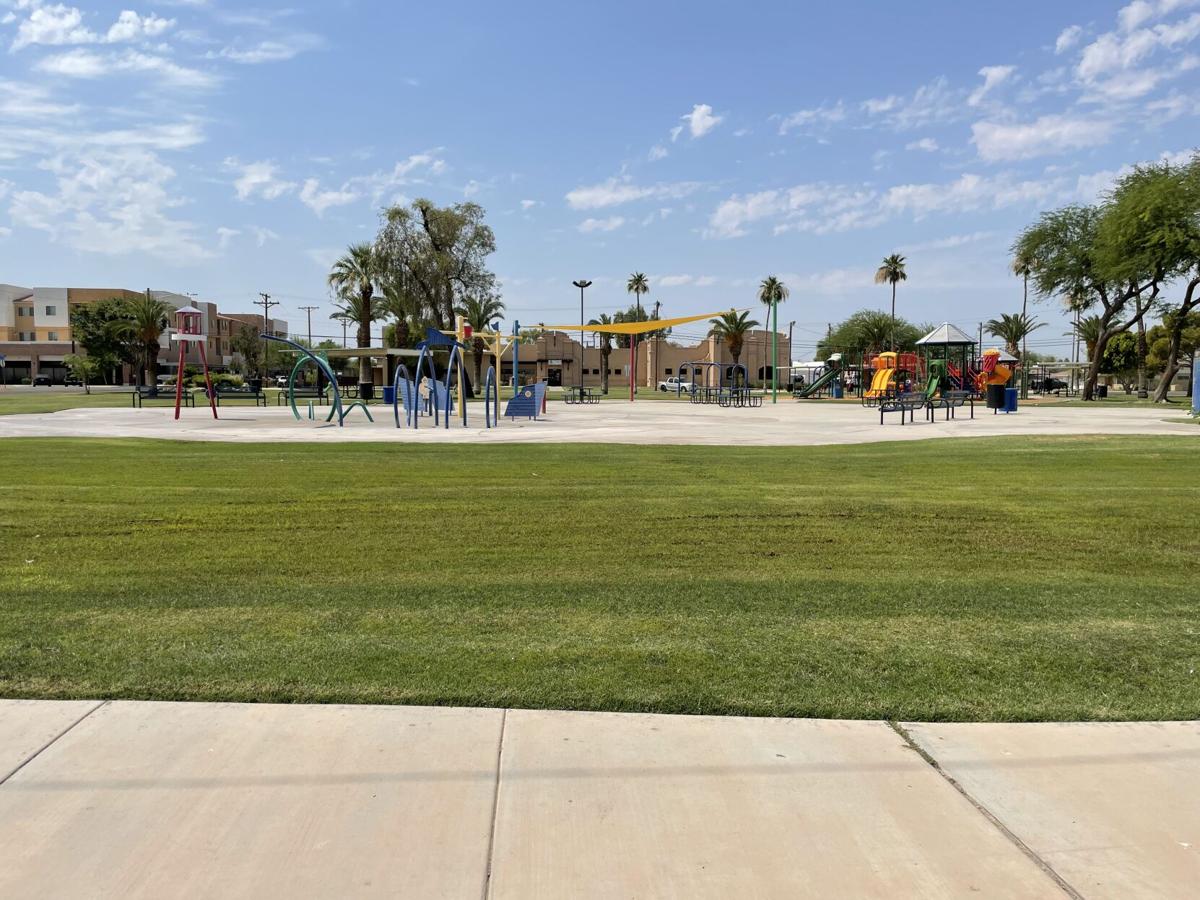 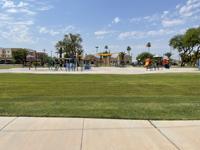 A look at the children's' amenities at Eager Park in Imperial, California. 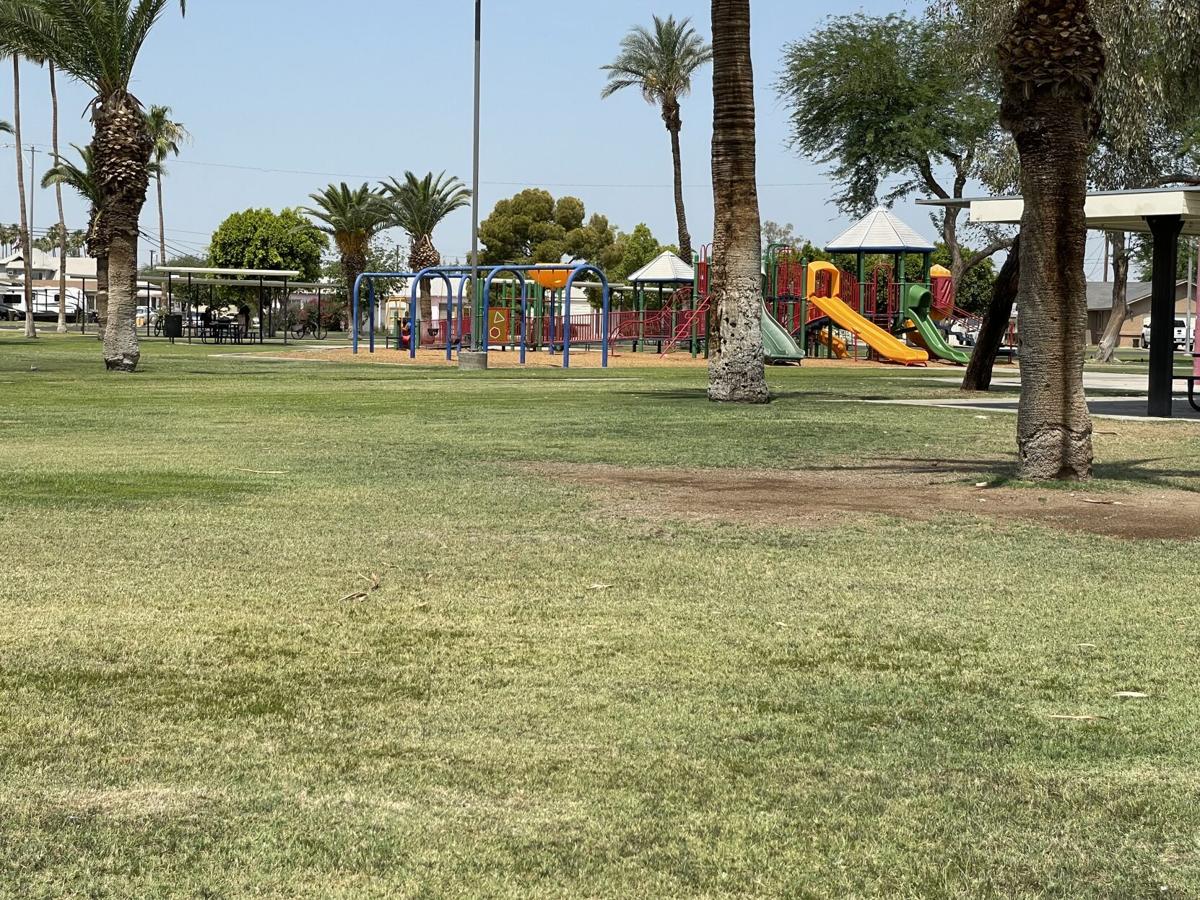 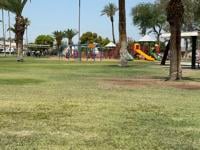 A look at the children's' amenities at Eager Park in Imperial, California.

IMPERIAL — The Imperial City Council heard a number of issues regarding security and safety at Eager Park from the public at its regular meeting on Wednesday, June 16.

Imperial resident Mark Gaddis spoke at the lectern during the public comments section of the meeting to inform the council of the experiences he’s had recently at Eager Park.

“There have been a number of different issues happening at Eager Park that culminated with the little girl being approached by a creeper guy that went into the bathroom with her,” said Gaddis.

Gaddis said his neighbor’s two little girls who frequented the park could no longer play with the toys because of homeless people sitting on them. Gaddis also said that his wife used to walk every morning through Eager Park but decided to stop after being followed by the same stranger several times.

“She just got tired of it and said it’s just too risky, I’m not going to walk the park anymore,” said Gaddis.

Gaddis said this situation reminded him of when the intersection of F Street and 14th Street was known as the gangbanger street of Imperial and feels they need to form more personal relations with the patrolmen on their street to help with the Eager Park problem.

“It took a good year to two years to clean it up and what happened was all the neighborhood families had each other’s phone numbers and we had the patrolmen’s phone number. We would see gangbangers walking in the street carrying baseball bats, we would track him down a block or two and a policeman would pick him up. We need to do that again with Eager Park,” said Gaddis.

Gaddis said the presence of police officers help to dissuade from some of these people from hanging around the park and these occurrences should not be happening especially after children have been locked up for a whole year.

“I want to live in Imperial where it’s safe for my grandkids to ride their scooters down to the park. I can’t let them do that anymore, I don’t know who’s going to be there,” said Gaddis.

Mayor Pro-Tem Geoffrey Dale said this was the first he had heard of any of these occurrences.

“I think we’ve prided ourselves in Imperial of not allowing that kind of element here. And I’m honestly telling you this is the first time I’ve heard this,” said Dale.

Dale said the council will seriously look into this situation.

“I have no problem going down there myself, you know me, I’ll scrap with anybody, I’ll run their ass right out of this town, we don’t need that,” said Dale.

Mayor Karin Eugenio asked Imperial Police Chief Leonard Barra if he had heard about an increase of this kind of activity at Eager Park.

“I’d have to look at the stats, but talking to my supervisors, there are a couple of individuals that were contacted, not directly at the park, but this general area to possibly see if they actually need help. If not to please go somewhere else. We’re not trying to make things worse, but we’re trying to make public statements with the individual and make sure they’re safe too, especially as hot as it is, Some people do need help and we’re there to help people,” said Barra.

Park Superintendent Tony Lopez said he would like to encourage the public to be on the lookout and to report to the police department if anything they feel is out of sorts.

“We want to have a safe park for everybody to utilize, a lot of people will post on social media before they call the police department and the right thing to do is dial 911 or call our dispatch,” said Lopez.