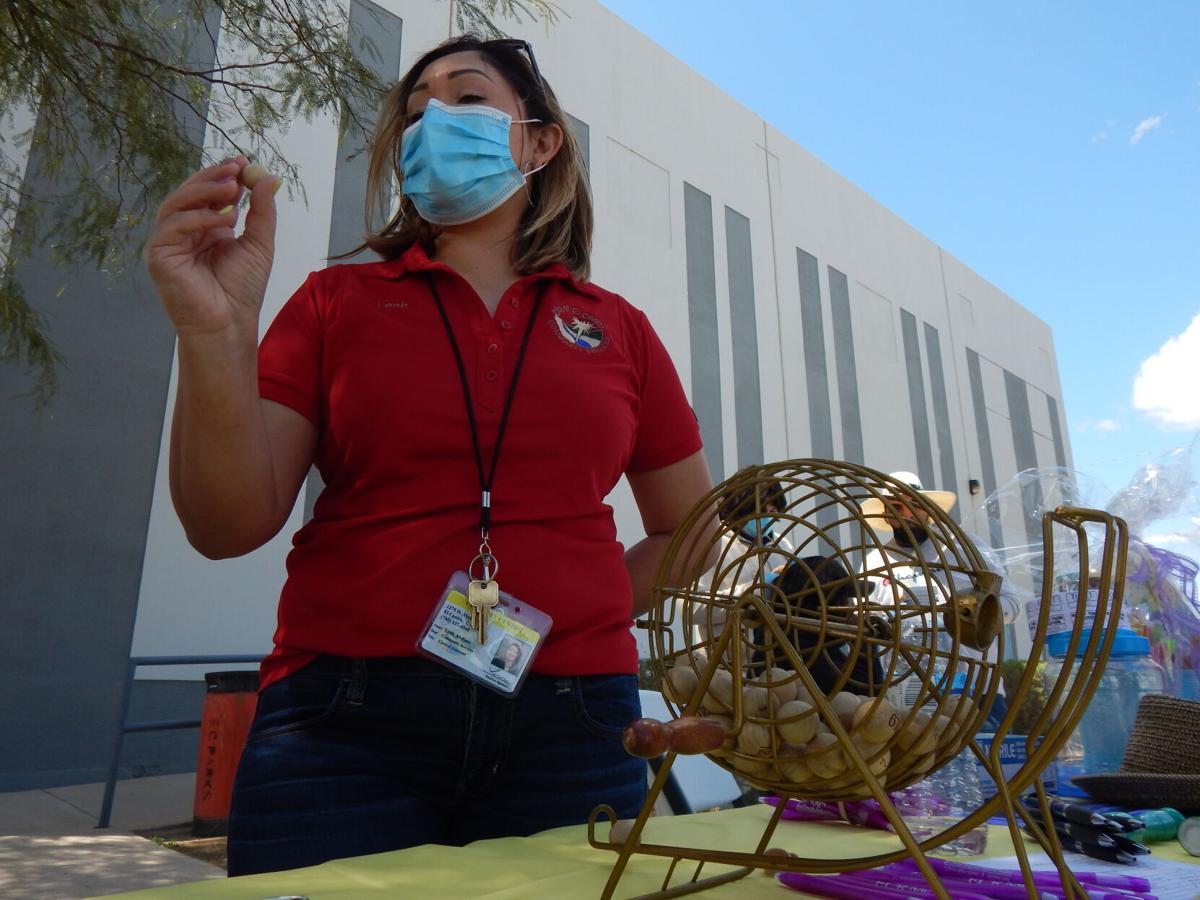 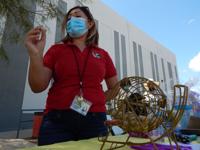 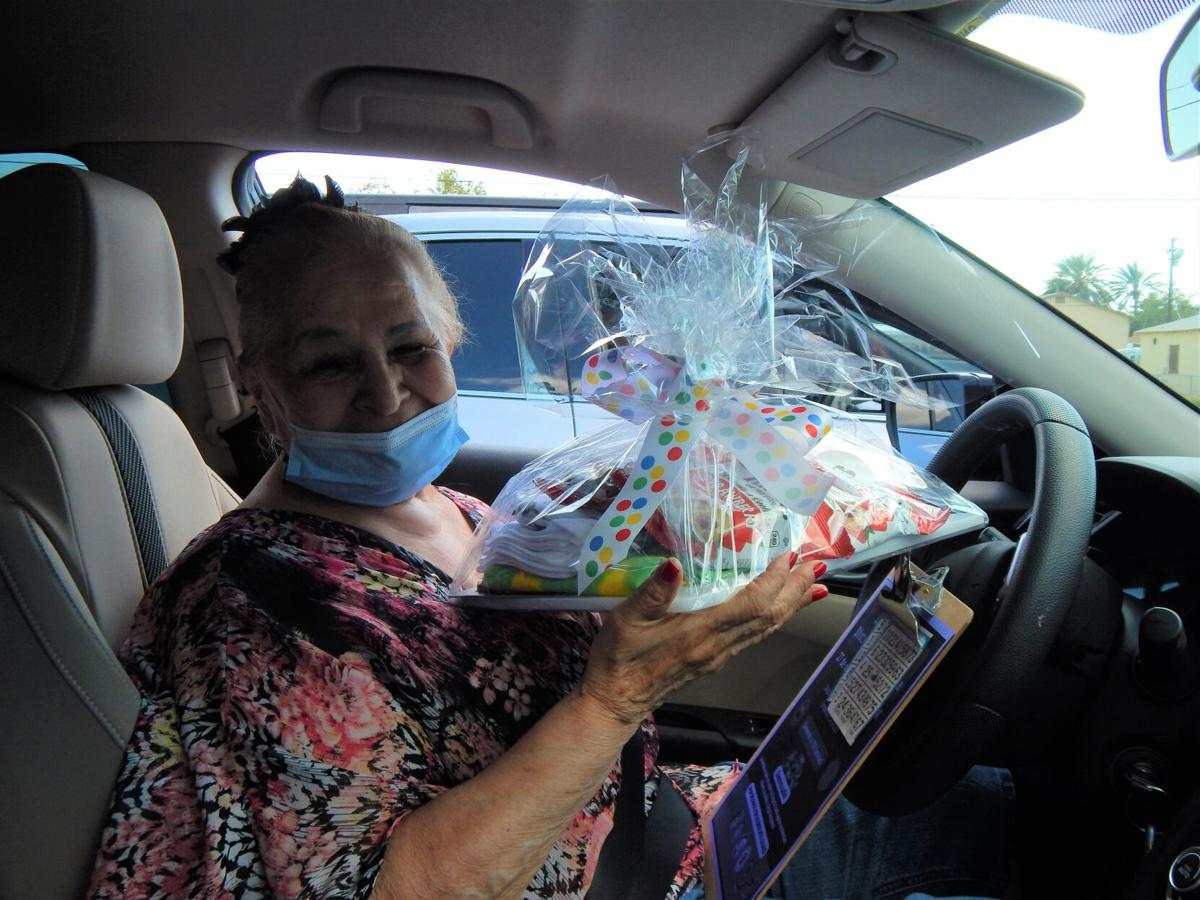 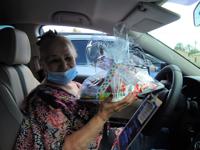 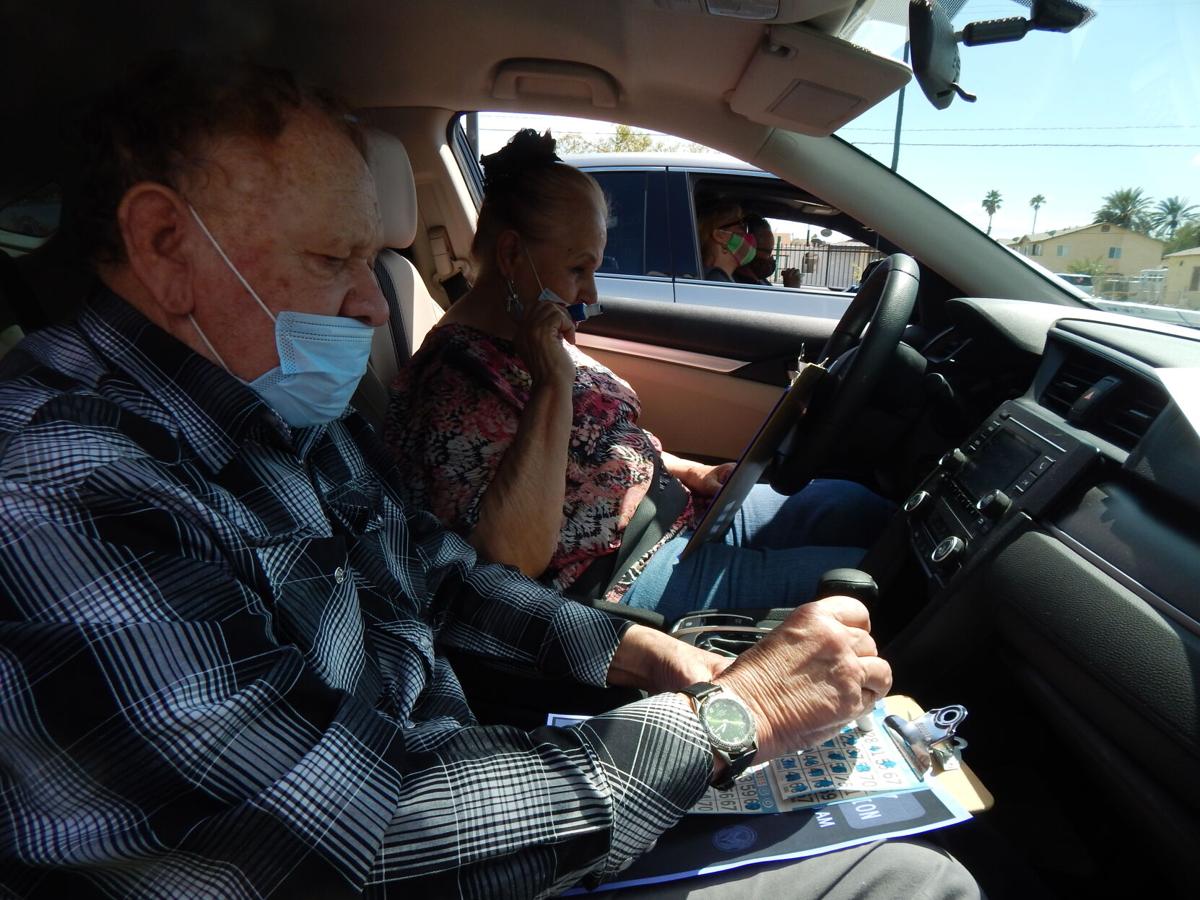 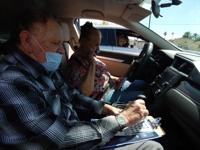 Honkin’ Bingo saw about 25 seniors with family-member passengers or drivers — under 50 people in total — line the parking lot near the Martin Luther King Jr. Sports Pavilion in three afternoon timeslots, 10 vehicles at a time.

Parks and Recreation staff greeted the bingo-ready seniors as they drove-in to music and cheer, as many of the Senior Center’s regular event participants returned to the first-time-back-in-person Parks and Recreation event tailored specifically for seniors, said El Centro Recreation Supervisor Patricia Ureña.

Staff gave three bingo cards and ink-dabbers to each senior as they sat in their cars with COVID-protective masks on for three rounds of bingo per hour timeslot.

Staff called out bingo numbers in English and Spanish over the loudspeaker until a player honked their car horn loudly to signify a card check to see if they won the round of bingo. The seniors won various prizes donated to Parks and Rec, with tea sets, quilt sets, a Magic Bullet blender, and arts and crafts kit items.

Ureña said the idea for Honkin’ Bingo derived from an online, Zoom version of bingo with various age groups, but with seniors not having accessible Wi-Fi at home, Parks and Recreation had to re-tool to offer bingo safely to “still offer it to them and not leave them out.”

Ureña said many of the seniors had not seen each other since Parks and Recreation had to close the doors of the Community Center on March 18, 2020, so the seniors were excited to chat with each other from car-to-car during Bingo with a little more time than the other pick-up events like food distributions or the monthly Swag Bag Giveaways.

Ureña said her department fields various phone calls daily with people asking about topics such as upcoming events, when parks will reopen, public pool use, and the various other programs Parks and Rec spearheads, saying her department has “become a center of resources” even after having to let go and re-hire about half of the department’s staff due to COVID shutdowns.

“You know you’re a team, but you find out you’re a better team when you really have to push it together ... so I said, ‘Okay, let’s think outside of this pandemic,’” she said, “… but we’ve been very successful, and we don’t believe in failure.”

Ureña said even though their doors have been closed to in-person events for over a year until now, with support through local agencies and some businesses, the Parks and Recreation Department has continued their programs successfully.

“If there’s something that doesn’t work very well, we just tweak it and make it work better by asking people (for feedback) ... and so we moved forward; we didn’t look back,” Ureña said. “In Parks and Recreation, we’re very fortunate to have the most creative, innovative, and resourceful staff on board.”

Ureña said weekly calls from her department staff to seniors made them “feel like they haven’t been alone.”

The seniors playing bingo from their cars agreed, saying they enjoyed the outdoor event.

“We’ve always had bingo, but this is a lot better,” said El Centro resident Bernice Burola. “I’m just glad that we’re having something because we’ve been cooped up for a whole year.”