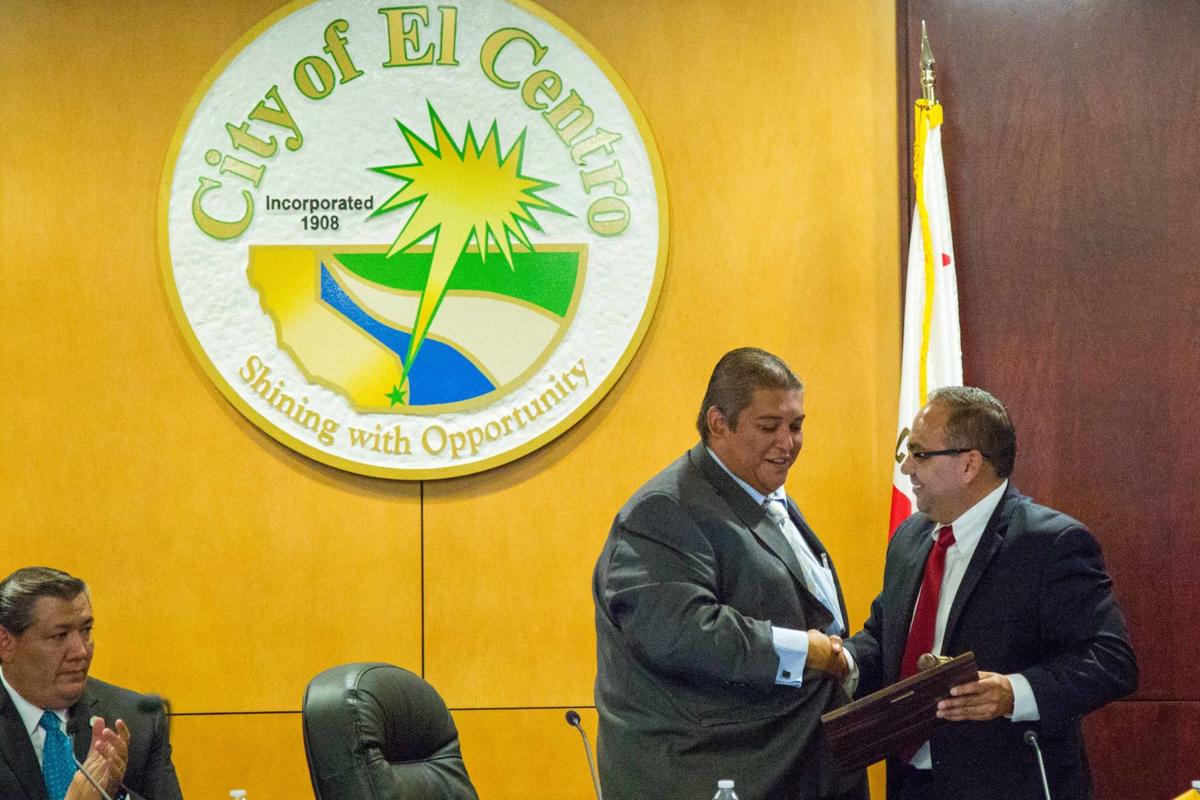 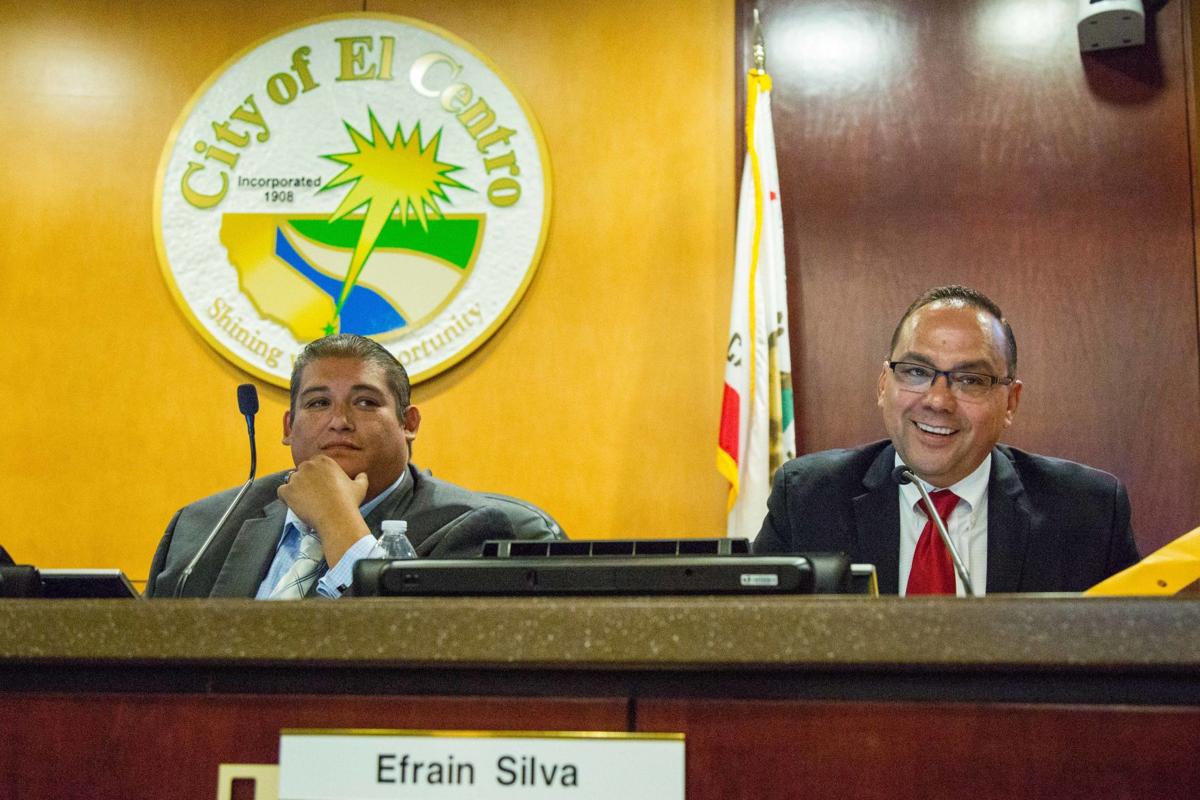 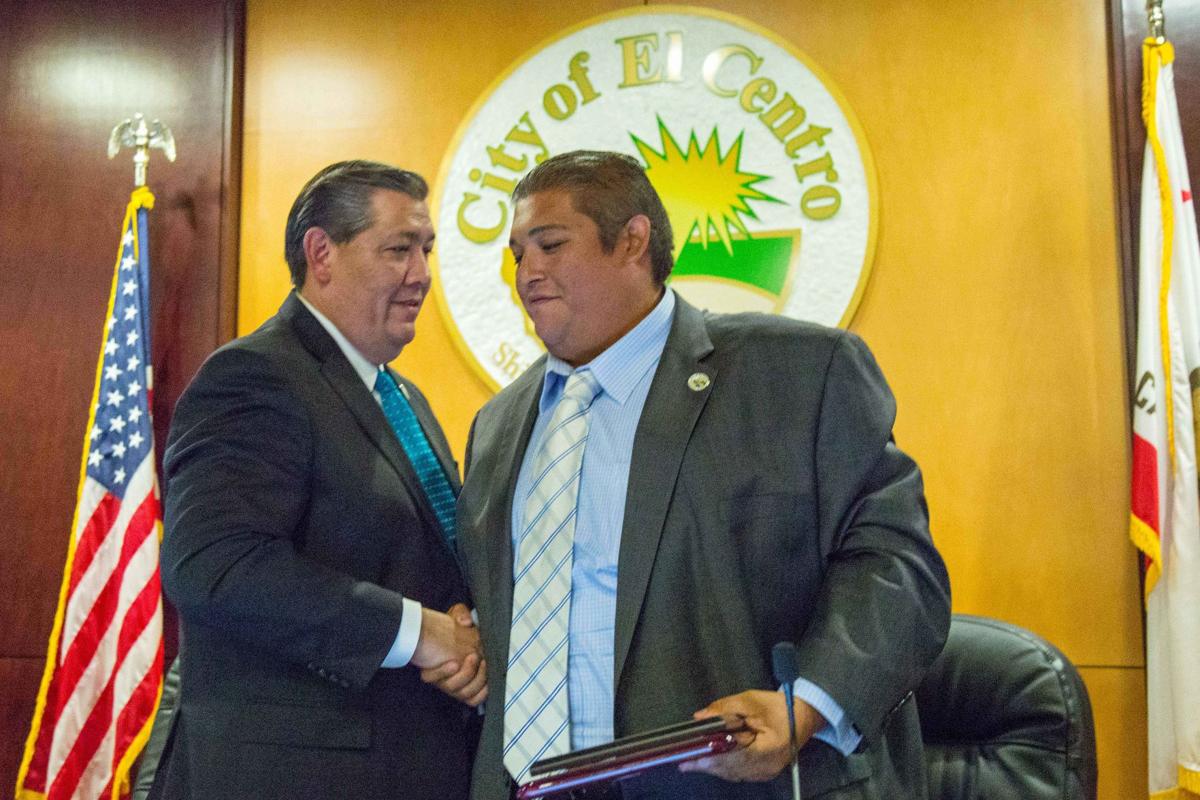 EL CENTRO — The reorganization of the El Centro City council Tuesday, December 3, allowed Mayor Pro-tem Efrain Silva to serve as Mayor once again. Silva has served as mayor in 2011 and 2015.

Council member Cheryl Viegas-Walker nominated Jason Jackson as the next Mayor Pro-tem. The nomination was adopted by a vote of 4-1, with Tòmas Oliva being the sole dissenting vote.

Silva highlighted some of the accomplishments under Edgard Garcia’s past leadership from 2018-2019 and presented him with a plaque.

These developments were made possible through Measure P and will benefit the city’s estimated population of 45,000 residents, according to demographic statistics provided by the El Centro Chamber of Commerce.

The city chamber was fully packed and overflow attendees stood along the walls of the room. Other well-wishers watched the meeting from a monitor set outside of the city chamber hall.

“It has been an honor and a privilege to serve this great city. But I could not have done it without the effective work of all our city staff, directors, as well as the input, dedication, and hard work of all of my colleagues on the city council,” said Garcia.

Getting his family involved in the community events had not escaped the notice of council members who commended them for their strong family ties. Recently, the family was at the opening of the ribbon cutting and opening the new El Centro Aquatic Center October 26. Later, the whole family was seen swimming in one of the new pools.

According to Garcia, he involved his family so, “they can see how things actually get done at a municipal level and hopefully inspire them to continue the tradition and try to make their communities better anyway they can.”

Garcia has one more year to serve on the city council. “Hopefully, we can get more accomplished during that year and then we’ll be discussing reelection in 2020.”

“Mayors don’t do the work alone,” said Silva. “It is a team effort with the council, who sets the ideas and priorities.”

There are numerous people behind projects the city wants to accomplish—city staff, managers, department heads, and everyone involved that work so hard, according to Silva.

“They were so innovative and progressive that they managed to get our concepts and ideas into actual real projects,” said Silva.

Mayor Silva said he will layout his plans and agenda and present them in January 2020, during his state of the city address.