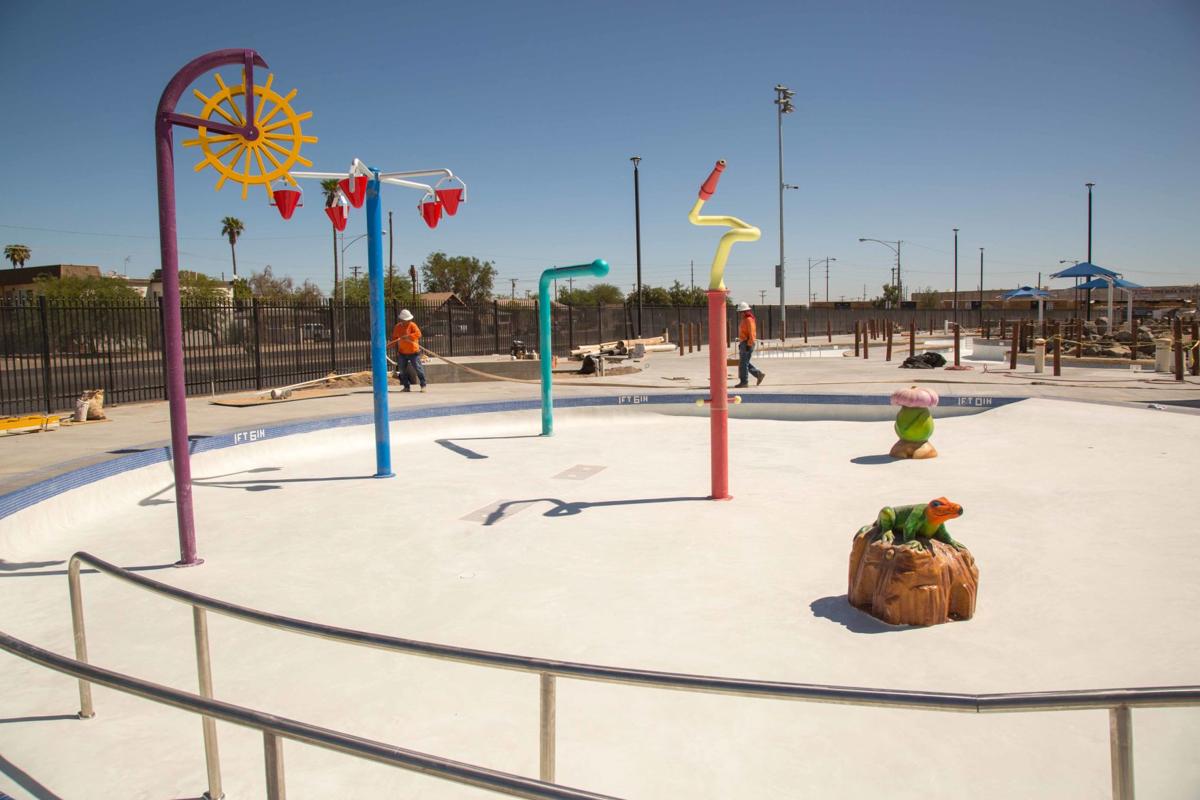 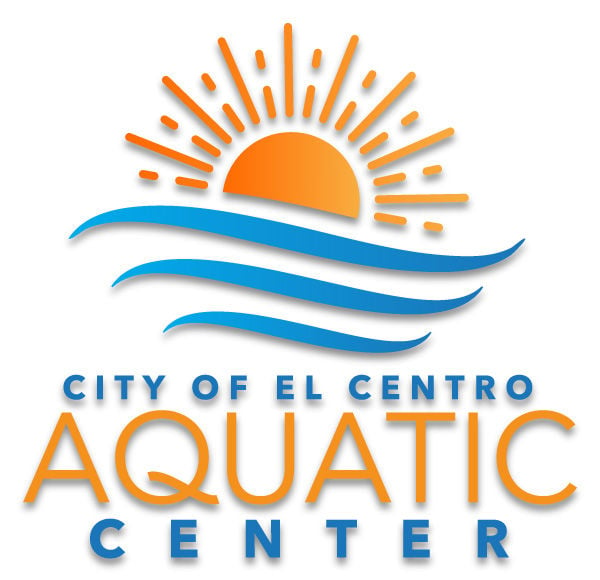 The official logo of El Centro Aquatic Center was designed by Spectrum Advertising, a local business in downtown El Centro. Courtesy of the City of El Centro

EL CENTRO — Wednesday morning, September 18, construction workers were applying the finishing touches to the swimming pools, parking areas, and surrounding lawns of the new Aquatic Center. The lazy river and activity pools were not yet filled, but both the warm up and the eight-lane competition pools were.

“We want the community to have the best experience at the Aquatic Center,” said Adriana Nava, community services director. While the majority of the components of the exterior and interior were ready, other areas need fine tuning.

In past years, city transactions were either a cash or check enterprise only. With the new facility, front desk staff or customer service representatives will now handle debit and credit cards. Furthermore, custodians and maintenance technicians will learn behind the scene work — piping, filters, and the mechanical room. Approximately 30 people were recruited to operate the center, according to Nava.

The day of the grand opening will also feature the state of the city address by Mayor Edgard Garcia. Dignitaries, elected officials, businesses, and guests instrumental in the construction of the Aquatic Center will be in attendance.

In addition to the regular ribbon-cutting ceremony, a special, second-ribbon cutting will take place with children cutting the ribbon. According to Nava, any child present on opening day may participate. It will be followed by an open house from 8:30 a.m. to 11 p.m. Thereafter, the Aqua Center will open for business.

“I hope the people will enjoy and take care of it,” said Nava. It has been years since the city had a swimming pool.

Over a decade ago, the previous public swimming pool was demolished to construct the Dr. Martin Luther King Jr. Sports Pavilion, according to the Initial Study/Mitigated Negative Declaration conducted by the city of El Centro dated Dec. 2016.

The activity pool features and incorporates the colors of local high schools of the City of El Centro — Southwest High School (purple and gold), Central Union High School (blue and white) and Desert Oasis (teal), according to Senior Engineer Javier Luna. “It is an extra touch just to remind those here in the city that the schools are part of the town.”

Luna noted that the eight-lane competition pool was already filled with water, however, the scoreboard and touch pads in the water that are connected to the scoreboard still need to be installed

According to Luna, there are plans to have classes for senior citizens at the wading/instructional pool. One of the classes will be water aerobics.

Meanwhile, the city council members approved the center's logo designed by Spectrum Advertising, a local business in downtown El Centro. “The logo is reflective of our community values,” said Nava.

Even with a delay, Nava said she felt the community has been patient with the city. “We are excited to have this state-of-the-art facility ... Everybody can come.”

The multi-million dollar City of El Centro Aquatic Center project's grand opening was originally proposed for Sept. 21, but has been pushed back to October 26.

The entrance fee will be $5 for residents with a valid identification card and a utility bill. The fee is the same across the board for senior citizens, adults and students. Children under two years of age are free. For out-of-town individuals, the fee will be $8.

I understand the city must charge a fee to help offset the cost of running the pool. However, doesn't a five dollar fee seem excessive? We are one of the poorest counties in the state. If a mother has three kids and wants to go to the pool, you're talking twenty dollars. When every penny counts, this may be a deal breaker...do we eat or go to the pool?