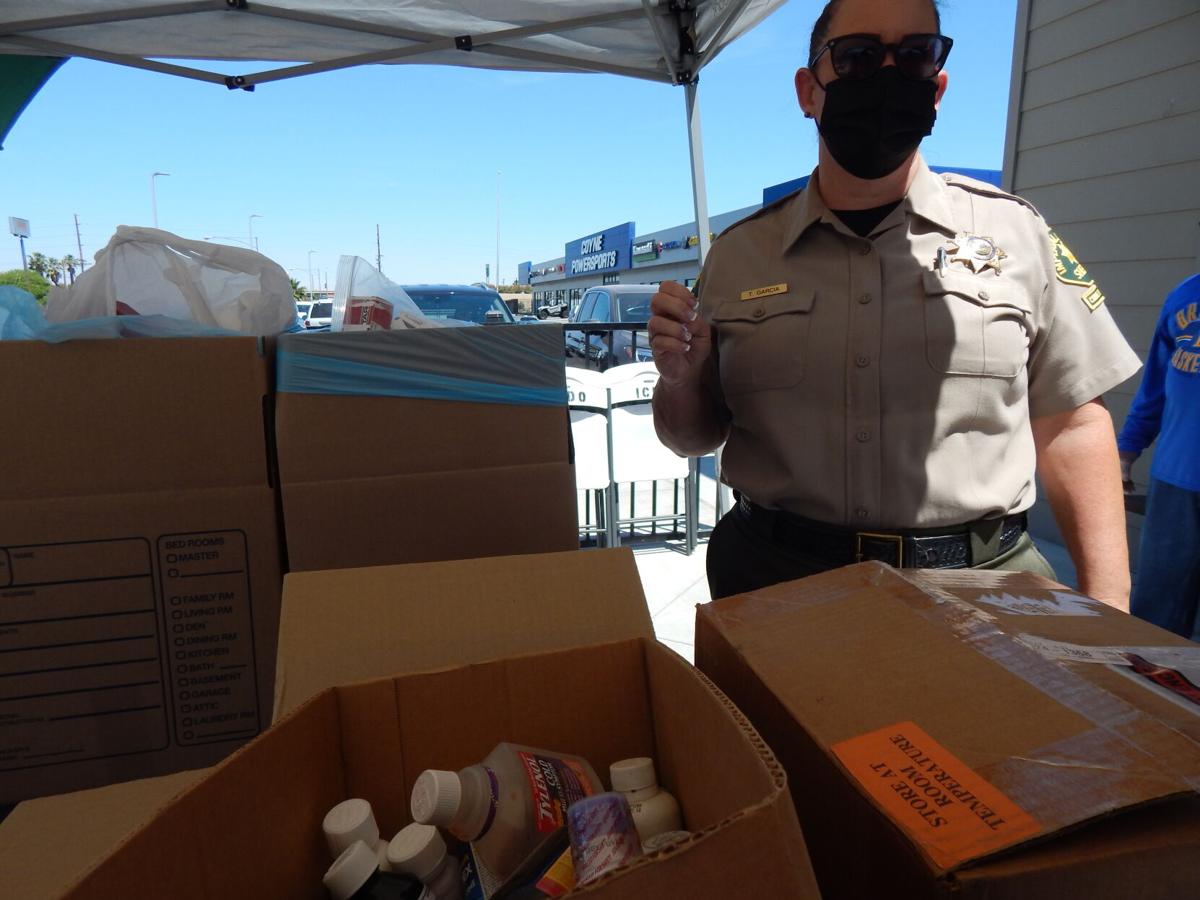 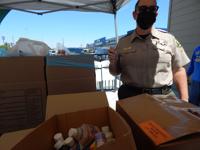 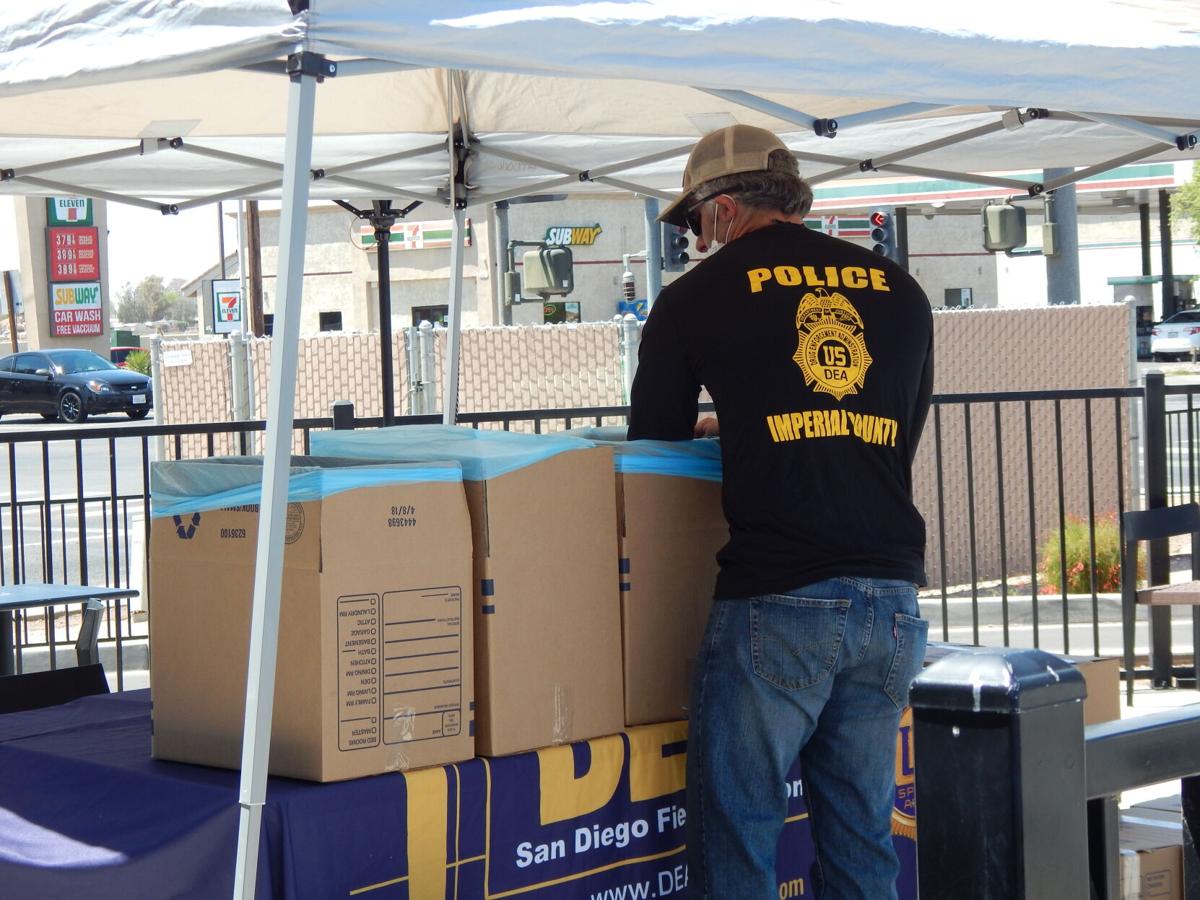 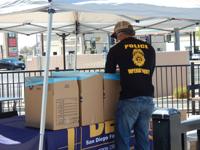 A Drug Enforcement agent organizes some boxes of medications during the National Prescription Drug Take Back Day held at Starbucks Saturday, April 24, in El Centro. 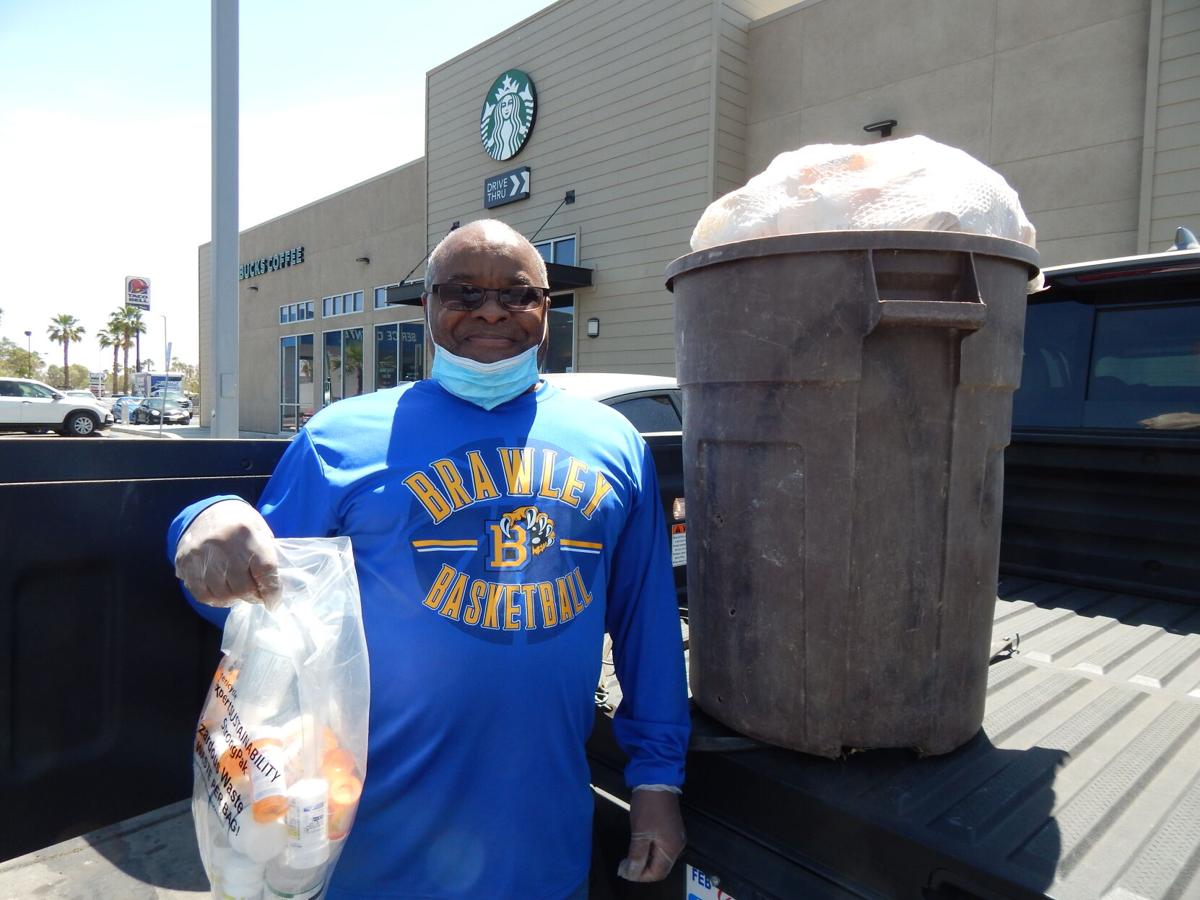 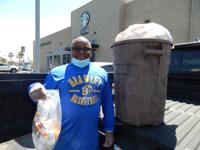 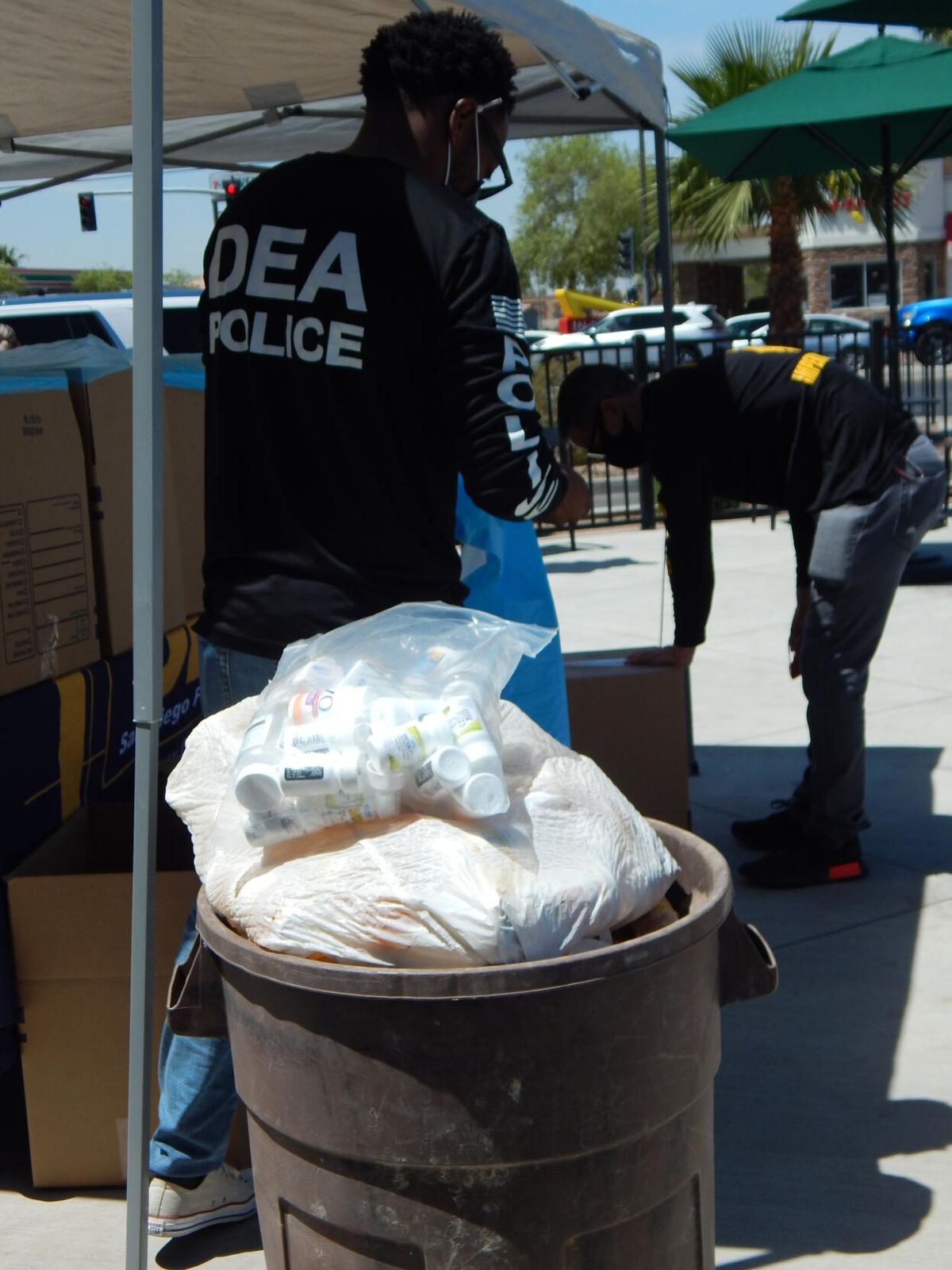 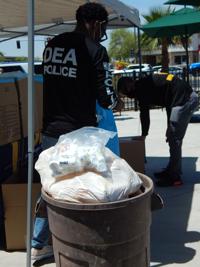 A Drug Enforcement agent organizes some boxes of medications during the National Prescription Drug Take Back Day held at Starbucks Saturday, April 24, in El Centro.

EL CENTRO — Boxes upon boxes and even multi-gallon trashcans full of prescription drugs made their way into the hands of Drug Enforcement Agency (DEA) agents during the 20th Annual National Prescription Drug Take Back Day held Saturday, April 24, at the Starbucks on South 4th Street in El Centro.

DEA District Aversion Program Manager Evangela Dortsch said the event has been going for a long while in the region because “San Diego (Field Division) started it.” Nationally, the DEA has been holding the National Prescription Drug Take Back Day Initiative since 2010, according to a press release.

“This is DEA's way of helping people dispose of their potentially harmful prescription drugs,” Dortsch said. “It's our way to reduce the addiction rates and overdoses. We ask people to just take some time out of their schedule to help save lives.”

“The good thing about the Take Back is it's drive-thru and drop off. It's contactless, anonymous, and most importantly it's free,” she said.

The local DEA San Diego Field Division spearheaded the event — in collaboration with the Imperial County Sheriff’s Office (ICSO), the Imperial Valley Drug Free Communities Coalition (IVDFCC), and KXO Radio — where locals can bring in their old or unwanted prescription drugs, over the counter medications, vitamins, and the like, said ICSO’s Crime Prevention Supervisor Tina Garcia.

“It's just important that we get those out of your medicine cabinet for pure safety reasons,” she said.

Dortsch said the event is usually held in April and again in October, with October 24, 2020 seeing a record collection of 10,000 pounds of drugs collected between San Diego and Imperial counties and a national collection record of 493 tons of medications, according to a DEA press release.

“Prescription drugs, at one time, took over youth using (them) more than nicotine,” Garcia said, “so we have to be real careful with that.”

“There's been a lot more attention focused on it, which I think is extremely needed, especially with us working with schools,” she said. “I know the Valley has had a few experiences with that so it's just important that people learn their medicine safety rules: Keep your medicine locked up, keep it away from kids, and follow the directions.”

Garcia said drug misuse prevention is “always at the forefront” because “by the time DEA or any law enforcement has to get involved in something major, it's not a good thing,” calling prevention the “key in understanding.”

Garcia said everyone in the community can play a part in drug abuse prevention, from doctors and pharmacists going over prescription instructions carefully with patients, to parents and grandparents keeping their medications locked up safely away from children or teens in the home.

She said the populations most likely to overdose on THC through marijuana are the youth and the elderly, many times by accidentally taking it and ending up in the hospital.

“With marijuana you've got edibles and things like that, they're very highly and extremely concentrated,” she said, “and sometimes it takes an hour to work, and they don't know and they end up in the hospital.”

“We've had elderly people overdose because they eat their grandkids cookies (or vice-versa), thinking that it’s just a cookie so they eat the whole cookie not knowing and then they end up in the hospital or unresponsive,” she said.

Garcia said those types of emergency room visits are up nationwide.

“Catch it before it happens,” Garcia said.

The Johnston Police Department participated in the National Prescription Drug Take-Back Day on Apr. 24. The JPD collected 207 lbs. In 2019, it was 144 lbs, and in 2018 133 lbs. Thank you for participating in this program and keeping our community safe! #DrugTakeBackDay pic.twitter.com/lFbEJdCZp9

Thankful to the community who turned in 150 lbs of unused prescription on Saturday, April 24th. Thank you to Officer Fregeolle (pictured below) and Officer ReDavid who took part in the National Drug Take Back Day. pic.twitter.com/ic9bDKn1AP

Over 300 pounds of expired or unneeded prescription drugs were collected by local law enforcement on Saturday in the 20th National Prescription Drug Take Back Day. https://t.co/lrjLChqiHC