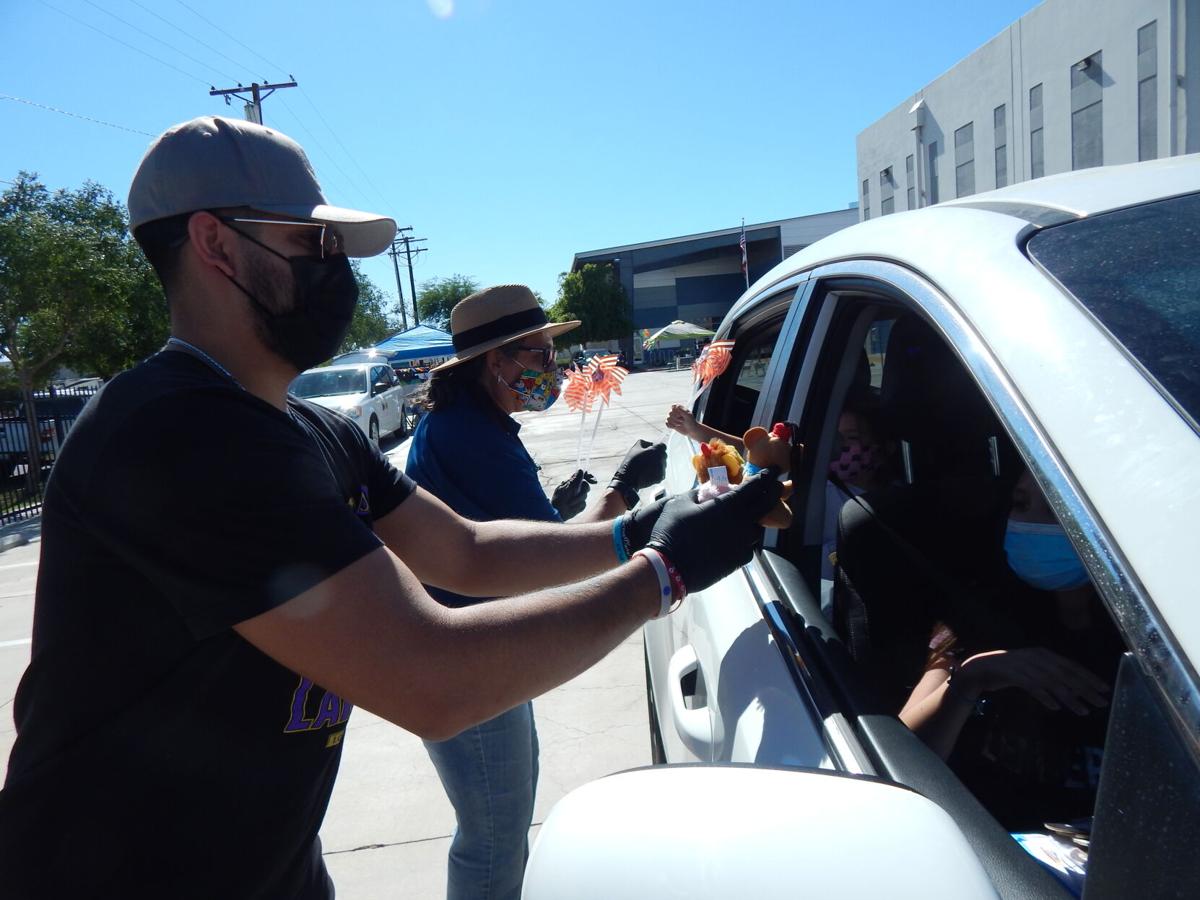 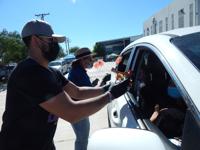 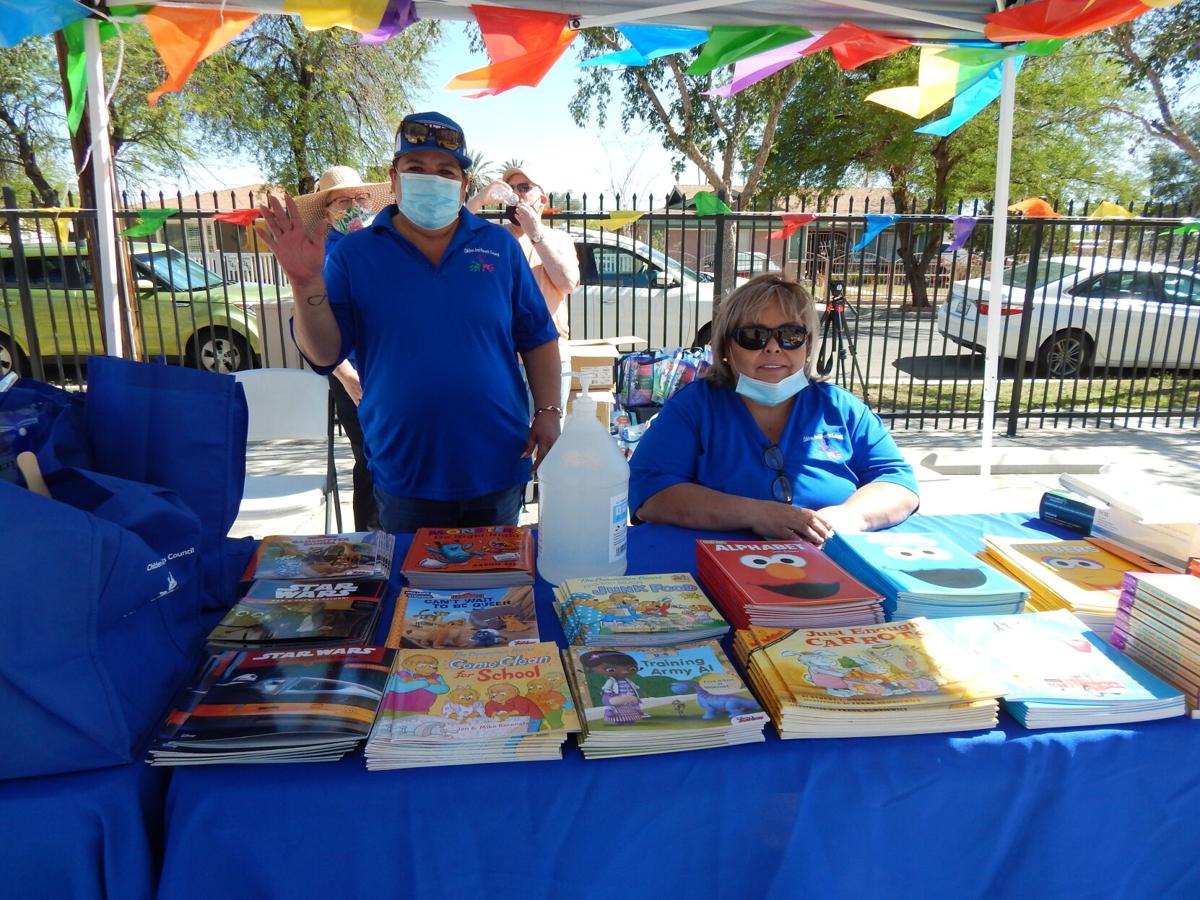 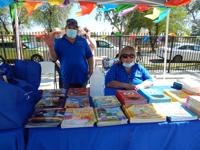 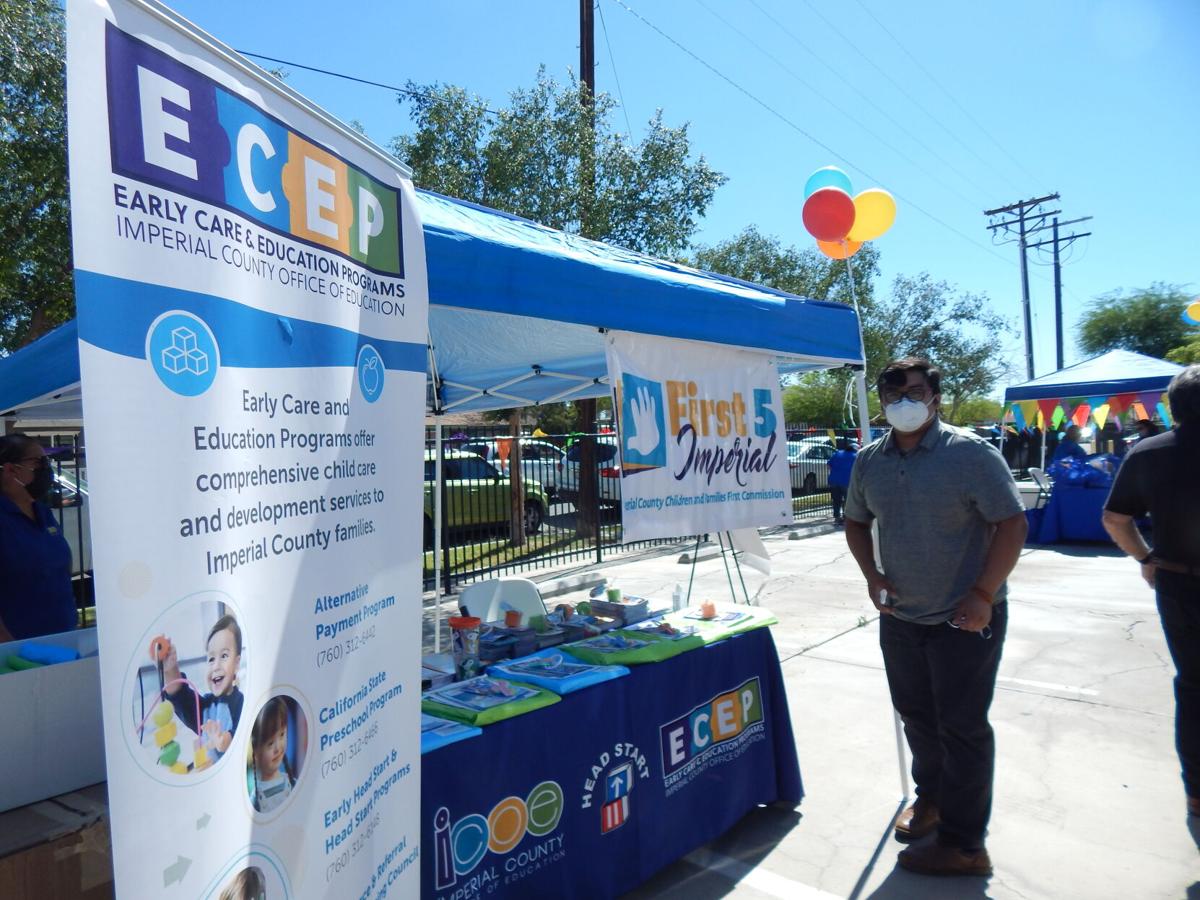 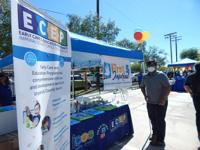 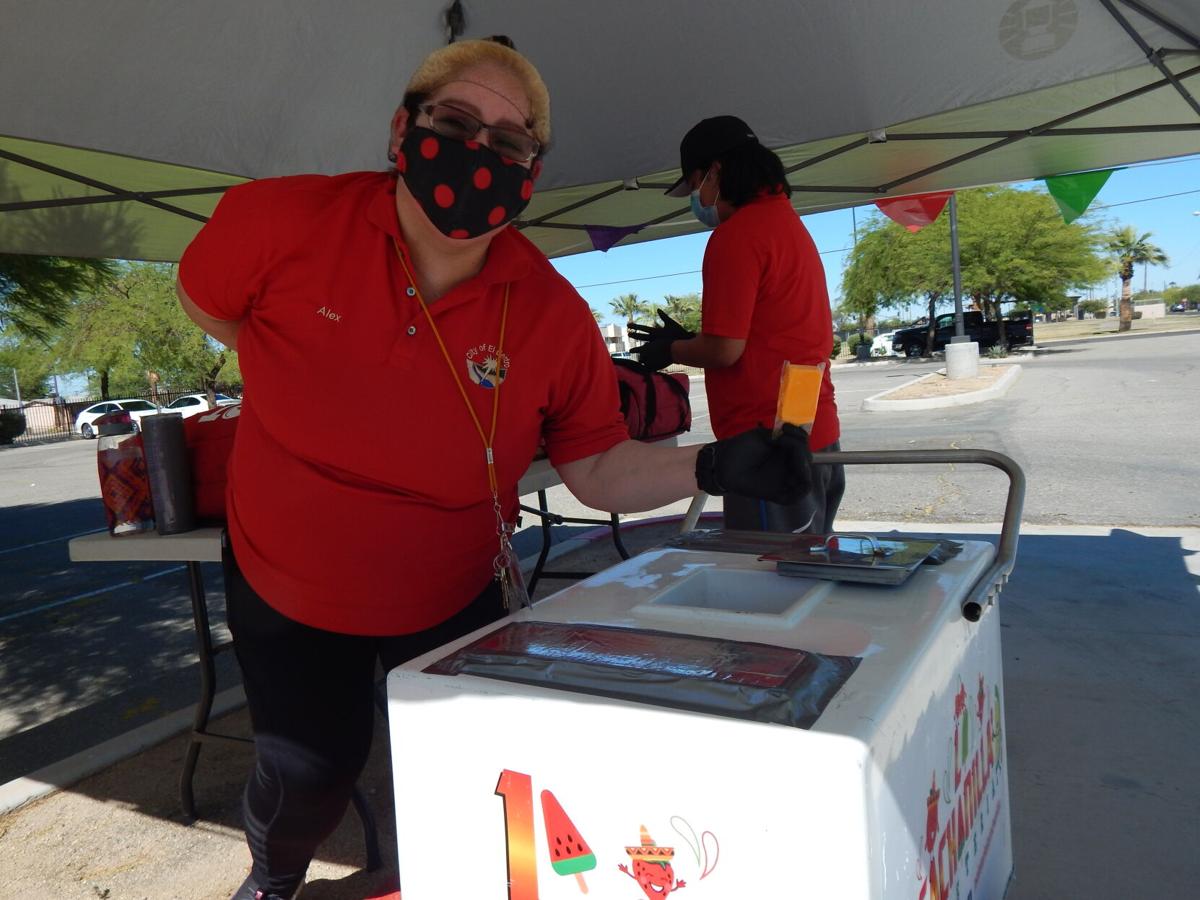 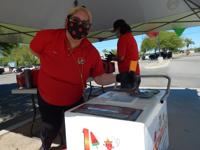 EL CENTRO — Soldiering on through the rising spring heat, a handful of agencies readied themselves for cars upon cars of families, ready to help them celebrate their children during a COVID-friendly redux of the annual Children’s Fair, titled the Día del Niño Car-nival.

The Car-nival — held outdoors by the Conrad Harrison Youth Center Thursday, April 29, in El Centro — was a collaboration between the Imperial County Child Abuse Prevention Council, better known as the CAP Council, and the City of El Centro Recreation Department.

The event saw the two agencies partner with Imperial County Office of Education child-based programs, AmeriCorps, and other City of El Centro programs to come together to keep the spirit of the annual Mexican holiday Día del Niño — or “Children’s Day,” held annually on April 30 — going, even through the COVID-19 pandemic, said CAP Council Executive Director Yvette Garcia.

“We weren't able to celebrate our annual Children's Fair the last two years so when the City called us and said, 'Do you want to do something for Día del Niño?' We said, 'Absolutely,'" Garcia said."

“April is Child Abuse Prevention Awareness Month, and we want to make sure that we are bringing out awareness to the community,” she said, “but also celebrating the child and the family and how important it is to build that bond.”

“It's the least we can go for all of their hard efforts and all that they're going through at this time with isolation, virtual learning and in-person … it's very confusing as an adult so I can only imagine how confusing it is for them,” Estrada said.

The event saw five stations where families could drive their car through the Car-nival and grab bags with items such as arts and crafts, books, pencils, paddleballs, pinwheels, miniature stuffed animals, and goodies such as popcorn, juices, personal pan pizzas, and traditional Mexican paleta iced treats.

The programs also made it a point to share their program materials with parents as they handed the goodies to the kids in the cars.

Estrada said celebrating children is important “because they are our future.”

“They need to know that we recognize them, and we need to support them,” she said. “We need to acknowledge them and let them know that they matter.”

Garcia agreed, adding that the CAP Council also focuses on parents to combat child abuse or neglect, especially with elevated levels countywide since the start of the pandemic, she said.

“A year ago, when the whole shutdown happened, we were very concerned because we knew there was going to be a loss of our mandated reporters who are looking out for children,” she said. “By making everyone stay home, we knew that those stresses on everyone's lives is really going to escalate … and we did see increased numbers of child abuse or neglect and an increase in family violence or domestic violence in Imperial County.”

In addition to providing parenting education and tips to curb child abuse, one way CAP Council does this is by holding Parent Cafes every Monday at 10:30 a.m. in Spanish and Friday at 11 a.m. in English via Zoom, “so parents can relax without worrying about exposing themselves or others to COVID.”

“Our motto is 'It's not easy being a parent but you're not alone,'” Garcia said. “It's really important that even though we have to be socially distanced to each other, that doesn't mean that we have to be isolated from each other.”

She said it’s also important for agencies and organizations to get out and get a breath of fresh air.

“This is the first time my staff has been outside other than our alleyway in doing a drive(-thru) for parents to pick up things to mingle with our sister agencies,” she said. “I think getting parents out with their families, even if it's in their cars, seeing their faces, but hearing their excitement … is a good thing.”

“Hopefully, they leave here also with that excitement and really want to go home and enjoy each other,” Garcia said.