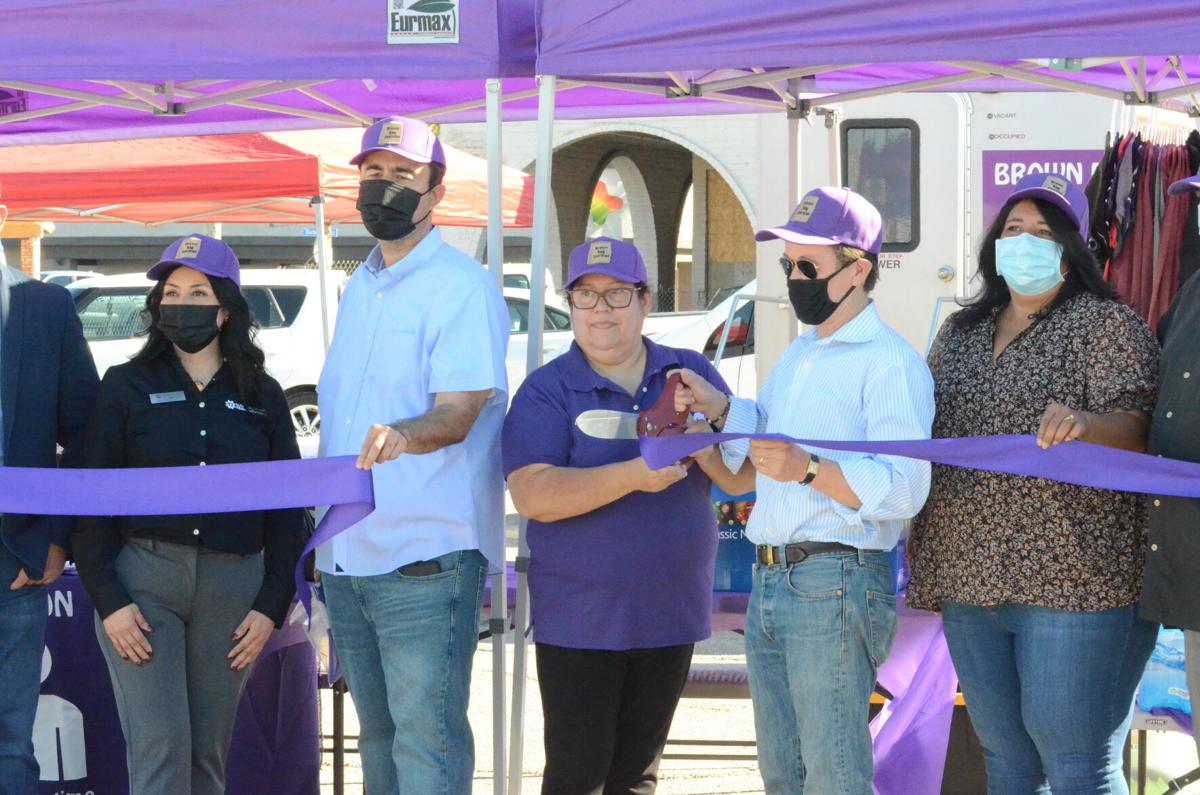 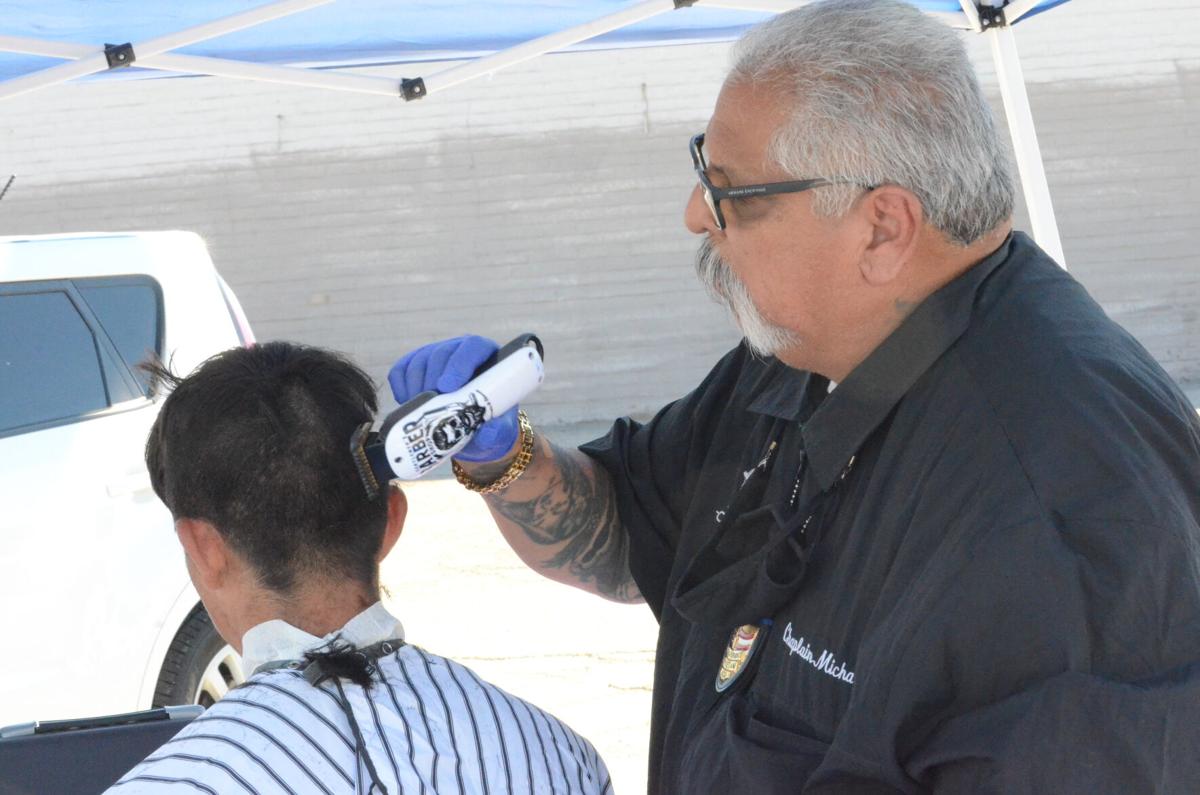 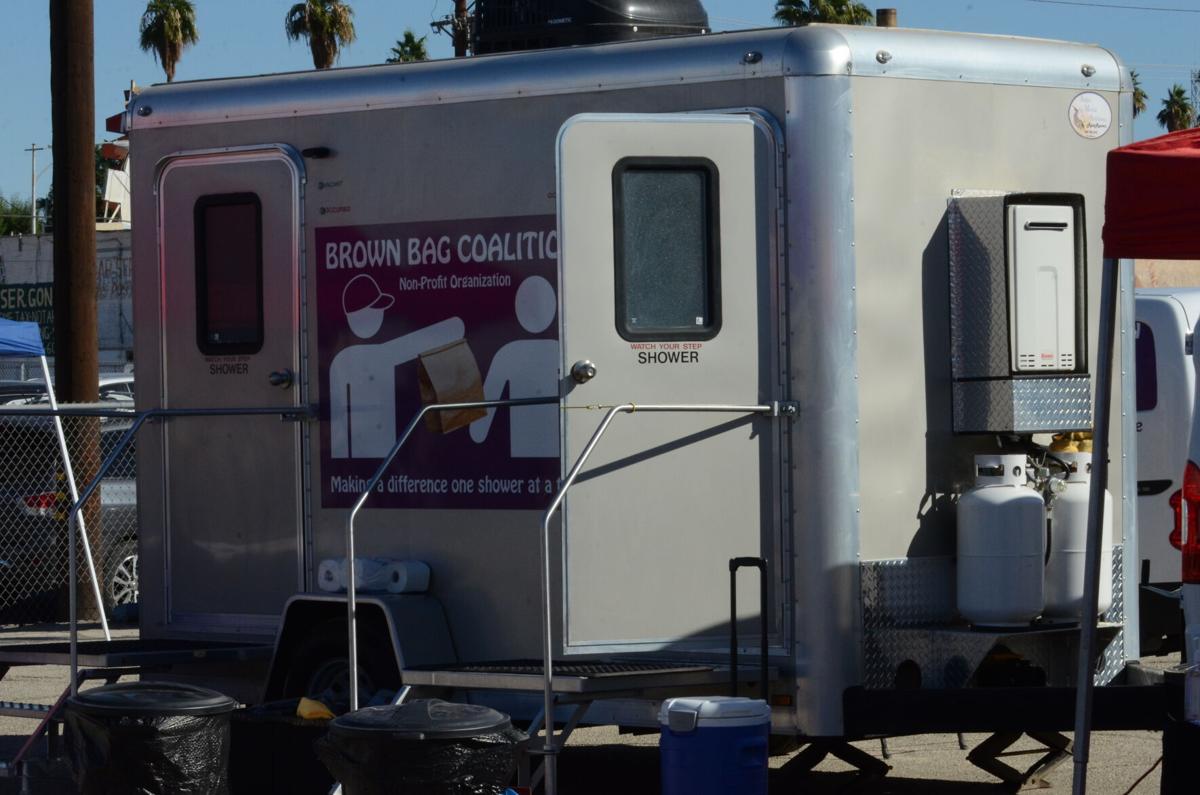 “When we started the Brown Bag Coalition, what I wanted to offer to the homeless community was what was most needed,” said Co-Founder Maribe Padilla. “These people have nowhere to shower. Some get money of sorts at the beginning of the month, rent a hotel, take a shower, then potentially go the rest of the month without. So, the main objective was to get showers for them.”

The shower trailer cost $23,000 and was attained through fundraising.

As per organizers, IID Director Norma Sierra Galindo and former IID Director Erik Ortega submitted the Brown Bag Coalition for a $15,000 grant from Citizens Energy Corporation. Then the IID itself, added a $5,700 grant.

“We at Brown Bag Coalition were able to raise the rest, along with the help of various other sponsors such as County of Imperial, Sun Community Federal Credit Union, Calexico McDonalds, and Planned Parenthood."

“Leading up to the event, I spoke with the homeless community at Border Park and told them we would be having an event where the first 10 people that show up would be able to use the shower trailer,” said Padilla.

The shower trailer’s water tank holds about 125 gallons of water, so shower time and availability were limited.

“We had an additional porta-potty and hand wash station on site so that the trailer would only be used for shower and not toilette purposes,” said Padilla.

Orange chips were handed out to the first 10 people, which designated shower allowance. Before taking a shower, patrons were given a towel and a baggie of sundries for bathing.

Free haircuts were also available for anyone in the homeless community to utilize. Chaplain Michael Rodriguez offered his barber services for those who elected to get a haircut.

The first 30 people who came in were given a card they had to get stamped by each agency. When the card was filled, it was to be turned in to the registration table where they would get a $5 gift card from McDonald's.

New clothes, shoes, jackets, and blankets were raffled off at the end of the event and the health department also had a booth and offered free flu shots (30) and COVID vaccinations (15 Johnson and Johnson).

As per Padilla, the Brown Bag Coalition plans on hosting more events to make the shower trailer available more consistently for the homeless community. The 2021 Christmas Posada is slated for December at Border Park. An exact date will be released in the near future.