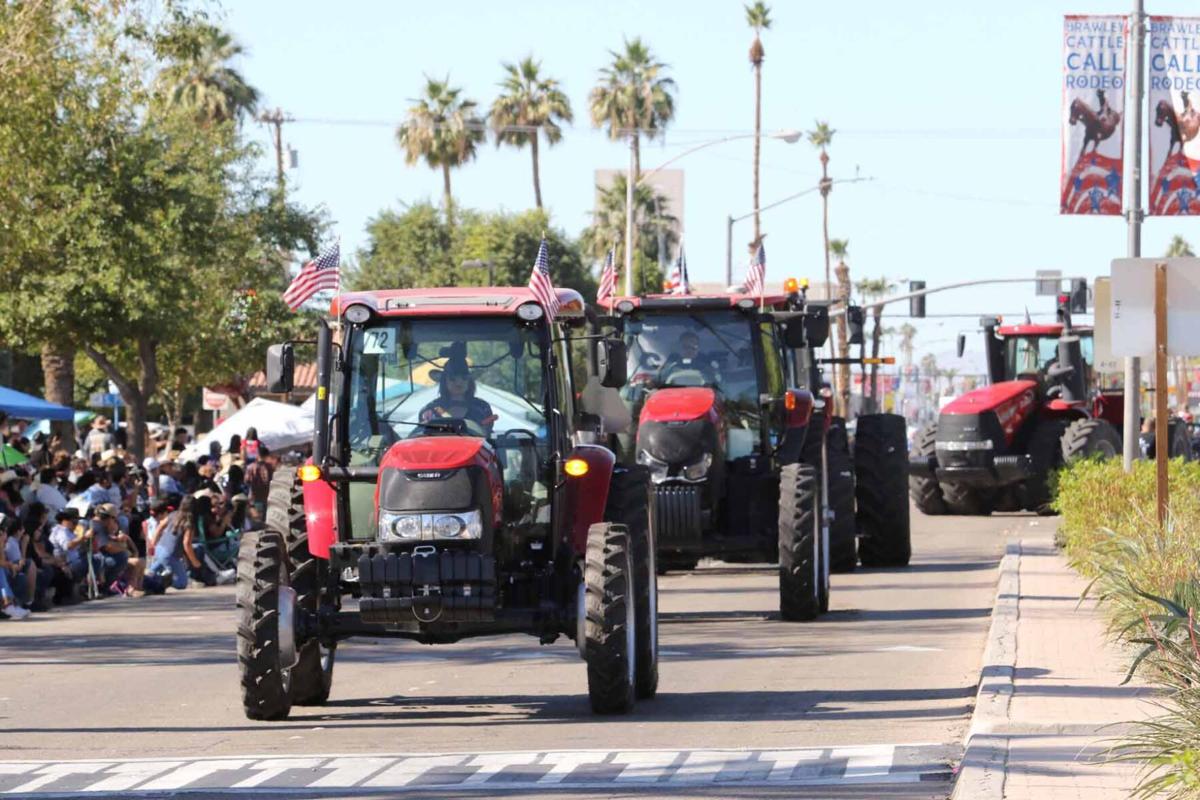 Drivers maneuver their tractors and farm machineries on Main Street during the 2021 Brawley Cattle Call Parade in Brawley Saturday, Nov. 13. 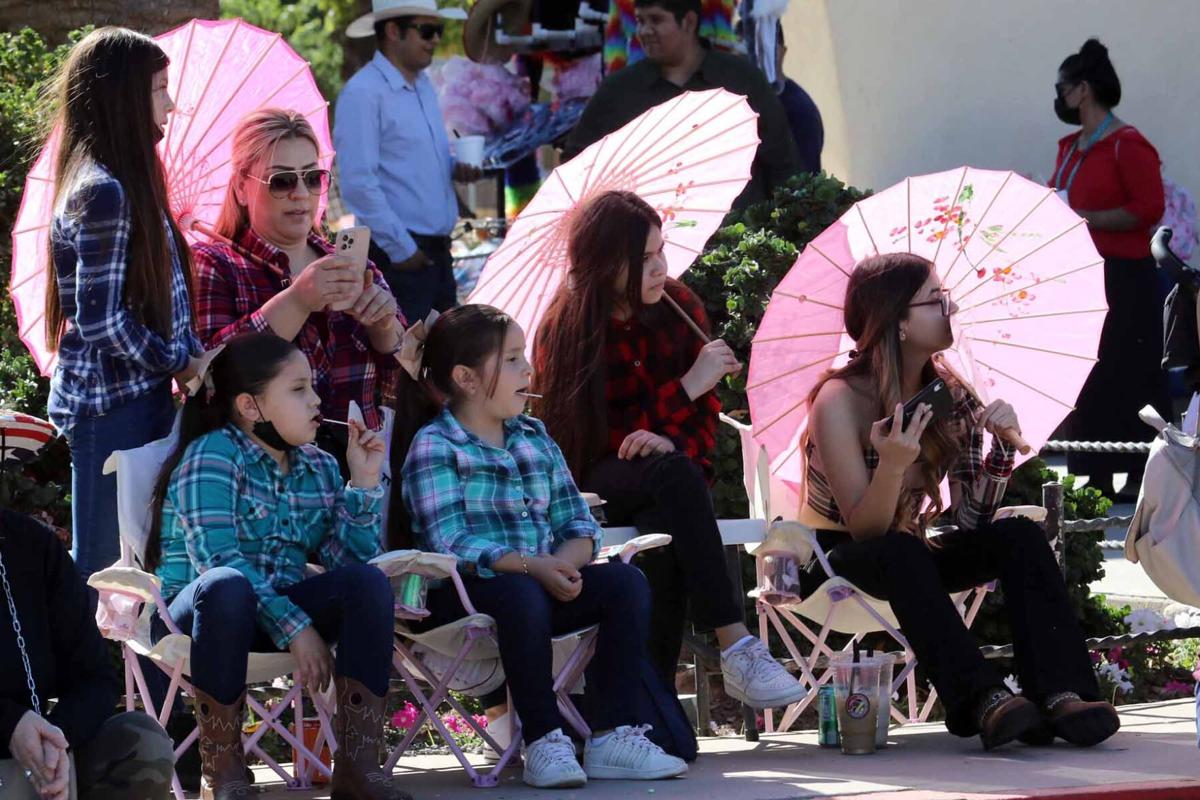 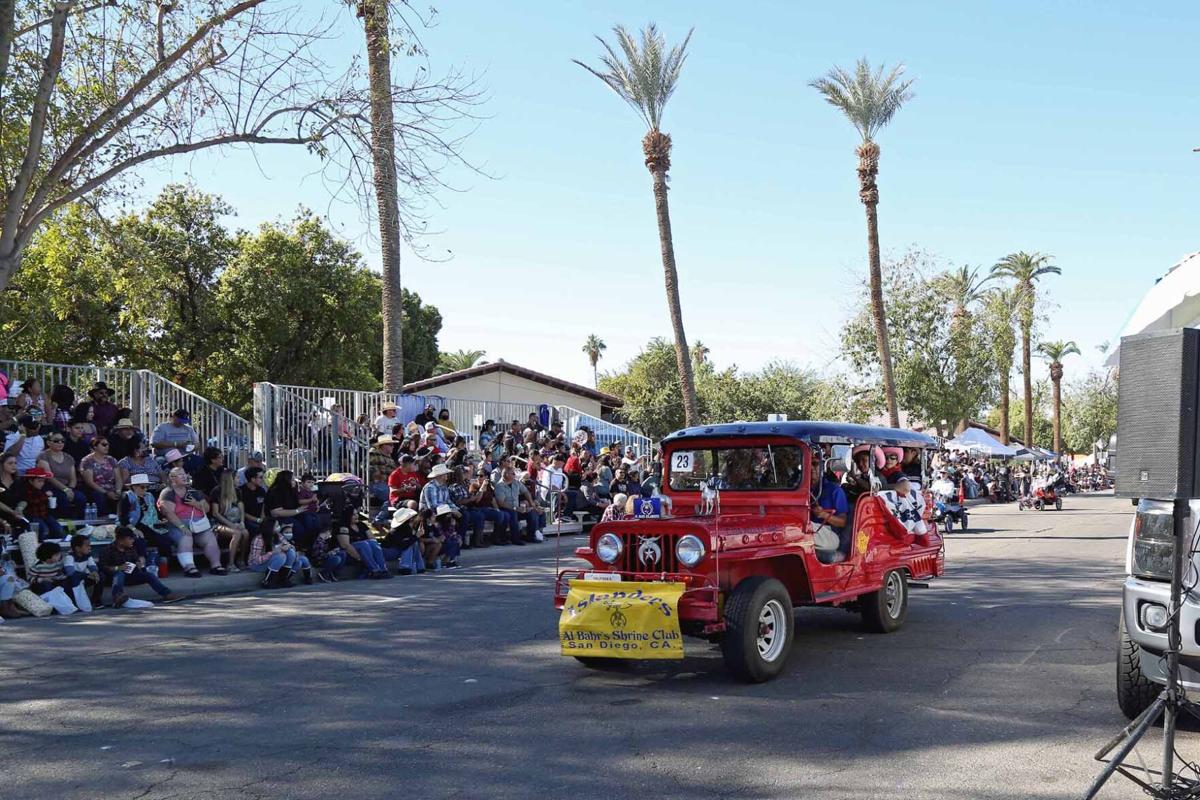 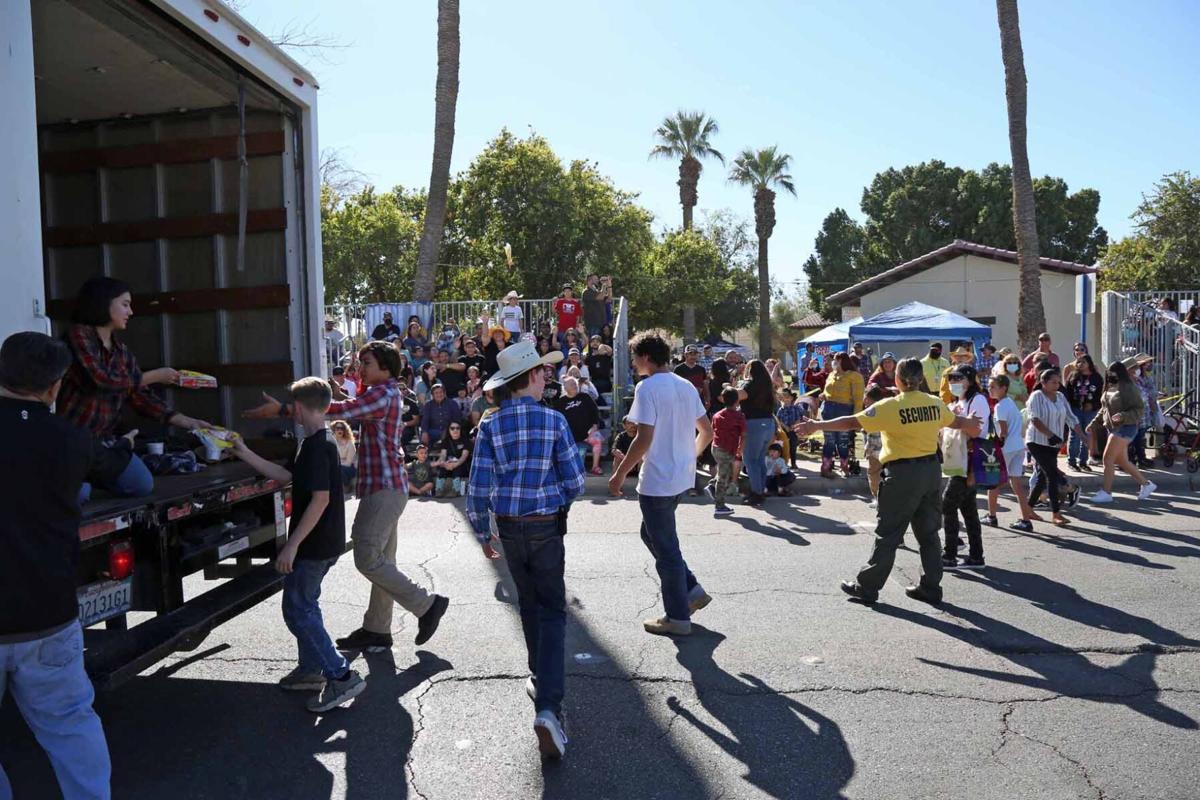 Drivers maneuver their tractors and farm machineries on Main Street during the 2021 Brawley Cattle Call Parade in Brawley Saturday, Nov. 13.

BRAWLEY — Children, parents, and grandparents lined up on both sides of Main Street to anticipate their favorite participants of the 2021 Brawley Cattle Call Parade. There was no parade in 2020 due to the pandemic.

There were more than 100 entries and four of them received parade awards this year.

“My mother used to bring us to the parade,” said Jessika Balderas. After several seconds she said, “For about 25 years.”

They had three umbrellas to protect them from the sun’s rays. “We forgot to bring our sombreros,” said Balderas. A vendor plying Main Street during the parade sold them three pink umbrellas with designs reminiscent of a region in Asia.

“I like watching the Brawley Union High School band,” said Ailyn, who helped her younger sisters spell their names for The Desert Review while their mother observed.

Maria Dominguez brought her grandchildren to the parade. “And I’ve been coming for the last 15 years. My grandchildren are happy to be with me.”

Dominguez brought along Lupita Castillo and her daughters, Izabella, 8, and Kailey, 7. The cousins played with potato guns as they watched the parade passing by.

The parade ended before noontime. Michael Lugo and his friend went to Los Cabos Seafood restaurant to try their seafood menu.

“We came here to have some shrimp and some seafood,” said Lugo. He said the parade this year was good because the parade provided him opportunities to meet friends from high school. “It’s fun to have a reunion.”

The aroma of food attracted other customers to several street food vendors near the city’s library. There was a long line of customers waiting to order lunches and drinks.

Other parade fans proceeded to the Cattle Call Arena where they purchased lunch from several food vendors. This gave them sufficient time to get to their seats in the arena for the Cattle Call Rodeo at 2 p.m.