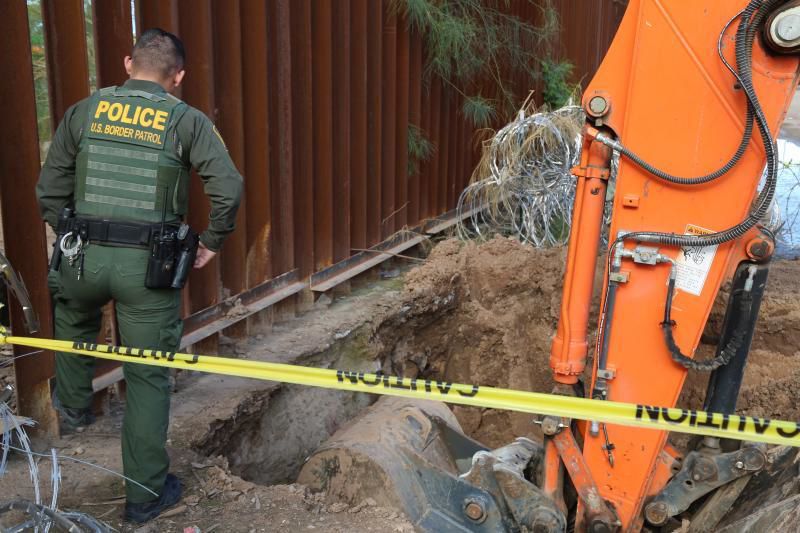 Law enforcement on both sides of the International border 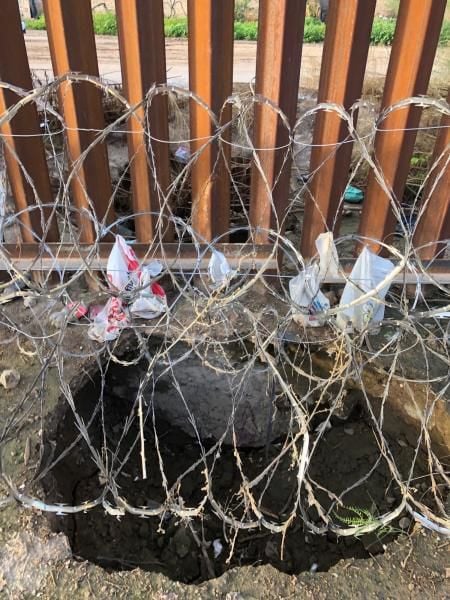 Photo is of the San Luis, Arizona side of a drug tunnel

Law enforcement on both sides of the International border

Photo is of the San Luis, Arizona side of a drug tunnel

YUMA—Yuma Sector Border Patrol and special agents with Homeland Security Investigations (HSI) responded to a report of a possible sinkhole or tunnel at the international border west of the San Luis port of entry on March 23.

According to the release, contractors working on the wall project had been moving soil in the area when they uncovered plywood and boards. Agents later determined it to be a possible tunnel shoring. After further excavation the incomplete tunnel measured approximately 8 to 12 ft below the surface of the ground at the location of the sink hole. U.S Customs and Border Protection state this is the sixth tunnel discovered in the Yuma Sector area of responsibility.

Yuma Sector Border Patrol agents, in conjunction with HSI special agents, began coordinating with counterparts in Mexico to secure any possible entry locations. A cadre of Mexican military officials arrived and secured a similar sinkhole on the Mexican side of the fence, approximately 10-12 ft south of the original hole.  Upon further excavation of the sinkhole on the Mexican side, military officials discovered an aluminum ladder approximately 6-8 ft in length within the hole which was promptly removed by the Mexican authorities at tunnel entrance in San Luis, Rio Colorado, Sonora, Mexico.

Law enforcement on both sides of the fence will continue to monitor and inspect the tunnel. Investigations are ongoing. Additional details will be released as they become available.