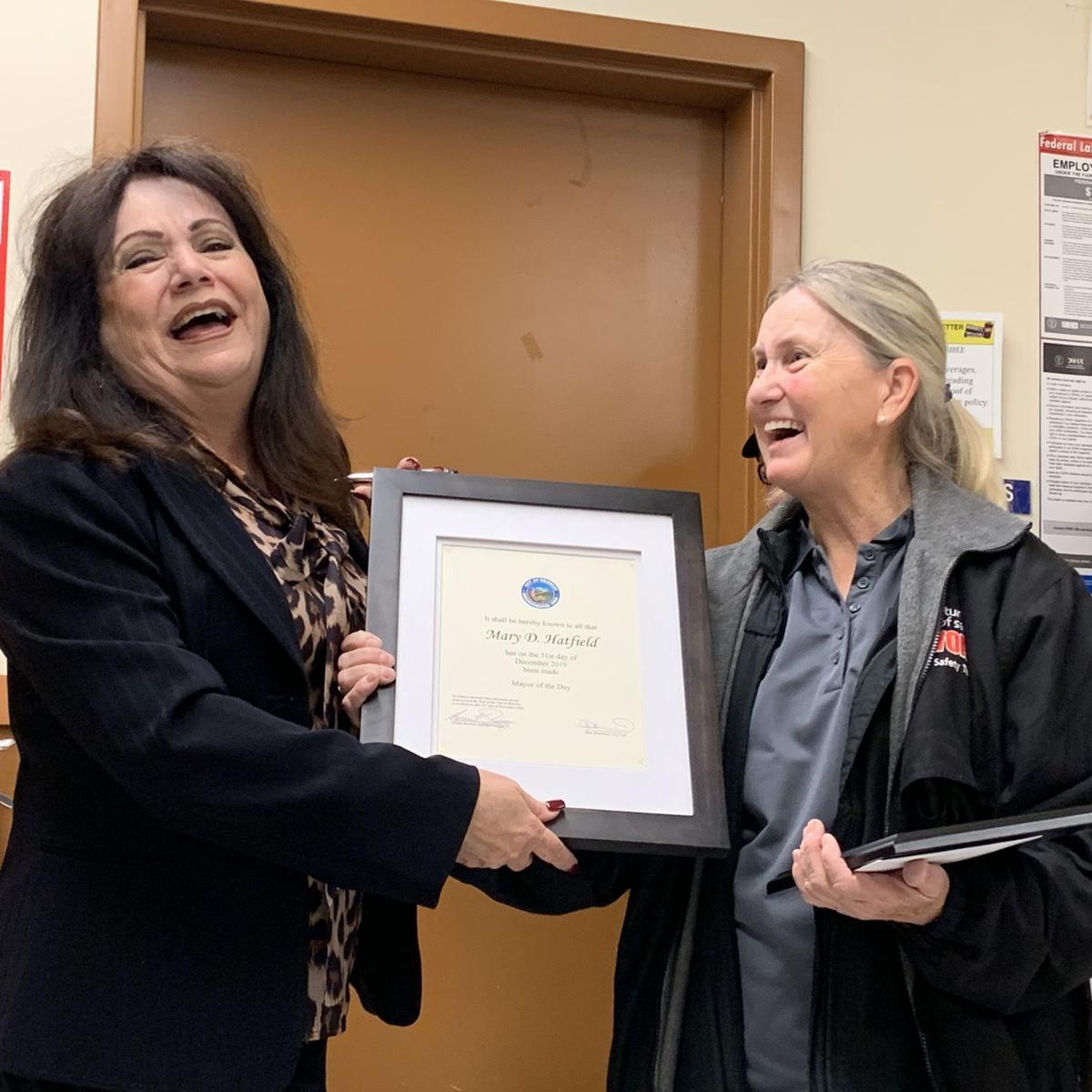 Brawley mayor, Norma Kastner-Jauregui and Mary Hatfield enjoy a moment of laughter as Hatfield is declared Mayor of the Day as she enjoys her final day of work after 43 years. 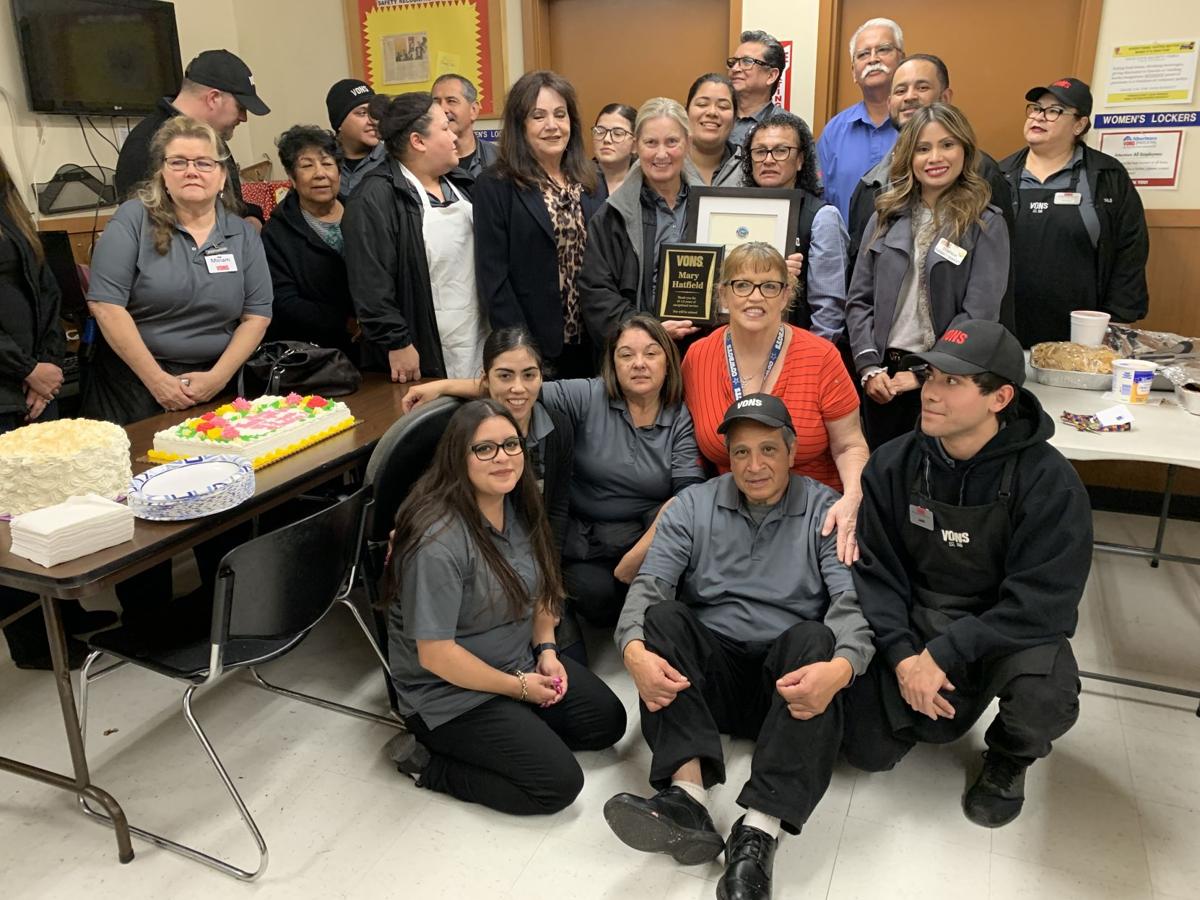 Brawley mayor, Norma Kastner-Jauregui and Mary Hatfield enjoy a moment of laughter as Hatfield is declared Mayor of the Day as she enjoys her final day of work after 43 years.

BRAWLEY — The break room of Brawley’s Vons grocery store filled with familiar faces — and faces not seen for some time, yet still stirring many memories. These were checkers and stockers well known to Brawley residents as Vons has stood as the sole grocery store for more time than not.

One of their own was about to hang up their Vons’ shirt. Mary Hatfield worked for 43 years with the company and in that time never called in sick, according to her co-workers.

“That’s not totally accurate,” Hatfield said later, “I never called in sick for myself, but when my son was a little boy and sick, I called in, but not much.”

Hatfield, a quiet but hard worker, knew most of the store’s clients by their first name, was known for her punctuality, and was a favorite of shoppers as she got them through the line quickly and accurately.

Toni Collins, one of the past checkers remembered Hatfield fondly, as did the rest of the crew waiting to surprise her in the balloon filled break room.

“Mary is so dependable, she always came a little early, took her breaks, and got back on the line. You could set your watch by her,” Collins said. “Everybody remembers when Mary had some sort of emergency and left in the middle of work. She never told anybody what happened, but on the other hand, no one doubted the validity of Mary having to leave.”

Brawley Mayor Norma Kastner-Juaregui joined the waiting crew with plaque in hand to officially declare Hatfield “Mayor of the Day.”

Manager Robert Morales and Assistant Manager Danny Hurtado joined the employees ready to send off Hatfield in style. Checker and long-time employee Miriam Elmore, organized the surprise party and feast to follow as employees brought in pans of cooked food, chips, and sides. A cake took center stage as it bid farewell to a favorite.

Soon, Mary Hatfield herself walked in the room to cameras commemorating the occasion, laughter and applause. The reticent recipient of the attention, blushed, but with eyes shining, greeted her past friends who came to share the moment with her.

After others’ speeches and being designated as Brawley’s Mayor of the Day, Hatfield had little to say except thanking everyone and finishing with, “I’m getting rid of my uniform, so I don’t accidentally come into work tomorrow.”