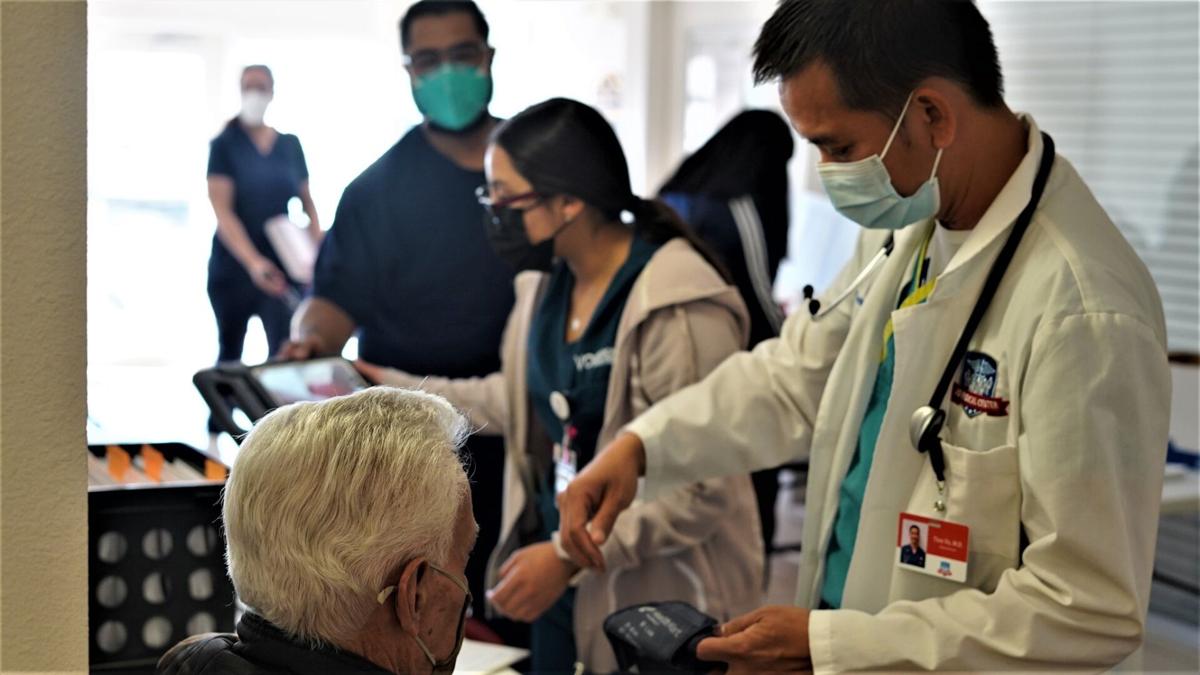 Dr. Tien Vo sees a new patient while his staff works behind him at El Quintero Senior Apartments, February 18, in Calexico. 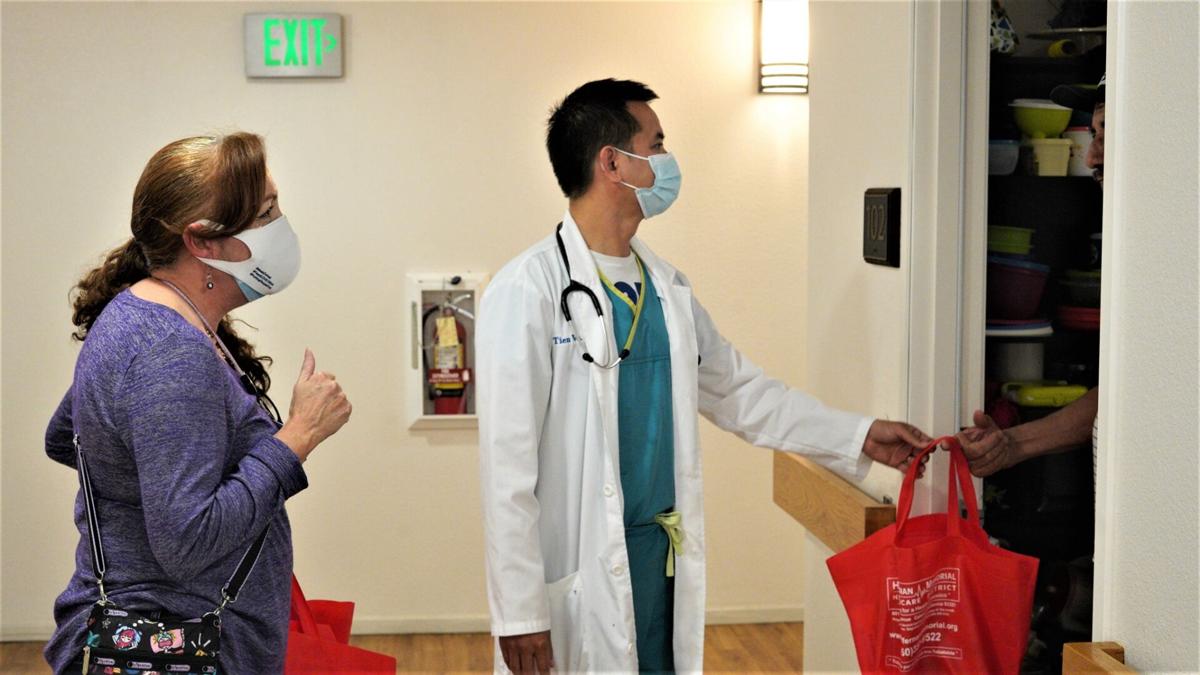 Dr. Tien Vo sees a new patient while his staff works behind him at El Quintero Senior Apartments, February 18, in Calexico.

CALEXICO — The Heffernan Memorial Healthcare District (HMHD) Board of Directors approved three Health and Wellness programs to help mitigate some of the health problems caused by COVID-19 in Calexico, according to a February 12 press release.

HMHD Spokesman Tony Pimentel said the healthcare district set aside $500,000 for grants but awarded just over $300,000 because only three of the six applicants met qualifying criteria.

The largest of the three grants was awarded to Vo Neighborhood Medical Clinic in Calexico (VNMC) — the nonprofit arm of the three Vo clinics in the Imperial Valley — to provide medical services to 600 uninsured residents in Calexico in a new, community-driven program in the amount of $208,168, according to the release.

According to a VNMC press release, the Health and Wellness Services program will be a comprehensive look at the health of these 600 individuals through Vo’s mobile health unit including various services such as screenings for COVID-19, obesity, high blood pressure, high cholesterol, diabetes, asthma, Chronic Obstructive Pulmonary Disease (COPD), COVID-19 vaccine administration, and more.

Dr. Vo said it will be more than just screenings and referrals for acute healthcare specialists in that his mobile healthcare unit and their partners have the ability for x-rays, electrocardiograms (EKG), and laboratory blood draws.

“We’ll screen for everything to get patients in compliance,” he said, “so education and all of that I’ll put on a scorecard I’m going to give to Heffernan.”

Vo said the goal is an overall improvement of health of Calexico residents but also to get those 600 patients get insured. He said with multiple follow ups, he expects to make about 2,400 visits in those six months.

Vo said the grant was not awarded in one lump sum but on a visit-based scale, “so my job is to go there and get more uninsured (patients) who qualify in Calexico to bring them in and treat them.”

Vo said his clinic will also be reporting to the HMHD at the three-month mark.

“I might get nothing if I don’t see anybody,” he said. “If Heffernan sees the results at the end are good, we can continue.”

Vo said his mobile clinic has become tied to the grant because a large part of the senior population and others in Calexico are not mobile. Because of this, many of his mobile unit visits will be in senior citizen complexes and other “hard to reach” communities in schools, group homes, field workers, and the homeless, according to the VNMC release.

Dr. Luz Elba Tristan was also awarded $75,000 from Heffernan for their Fit and Healthy Program to provide nutrition, exercise, and “whatever the kids need to develop healthy habits,” Pimentel said.

Dr. Tristian’s grant was awarded to serve 400 children and their parents in one-on-one online class meetings, he said. Dr. Tristan’s office was contacted by The Desert Review but did not respond by press time.

A third grant was awarded to Rosa’s Plane Food Restaurant to provide five meals a week to 47 seniors in need of meals due to COVID-19, according to the release. The restaurant was awarded $34,560 by the HMHD.

Vo said he hopes the grants can help to bring Calexico together. He said he will be approaching the Calexico City Council, Heffernan, and nonprofit organizations “to help not just ours, but any patients.”

Pimentel said the partnership with Vo is also helping the HMHD test seniors and others who are not mobile for COVID-19 to help separate the positive cases from the uninfected population.

Pimentel said the HMHD partnership with VNMC had already tested 102 residents of the De Anza Hotel and the 52 residents of El Quintero Senior Apartments in Calexico.

He also said HMHD provides free personal protective equipment to residents of Calexico at their headquarters at 601 Heber Avenue in Calexico during their regular business hours.

For medical services from Vo Neighborhood Medical Clinic, persons interested can contact the VNMC directly at (760) 352-2551 in English or (442) 283-0198 in Spanish. No questions will be asked regarding a person’s immigration status but must be residents of Calexico who are uninsured, according to the VNMC release.

I am so happy that Heffernan Memorial has given those grants to those agencies and to the business. Hopefully as soon as Covid is over they will make those health fairs they have it together before. Kudos to them. Mrs Sauza. Sure helpline Center