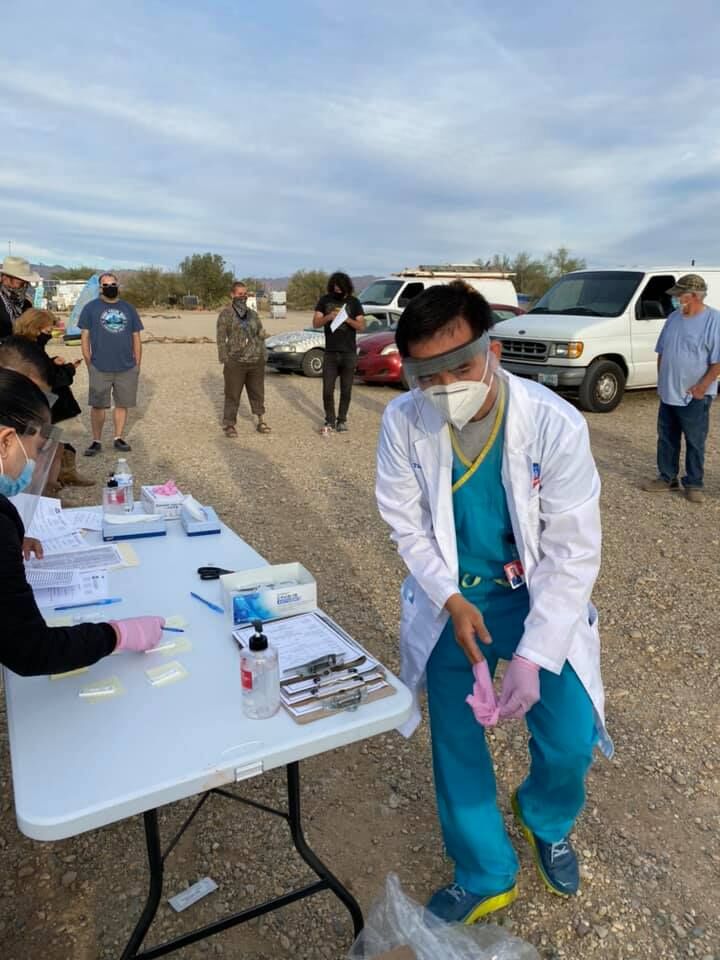 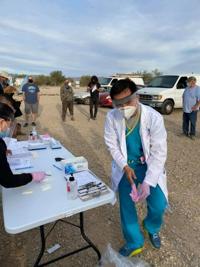 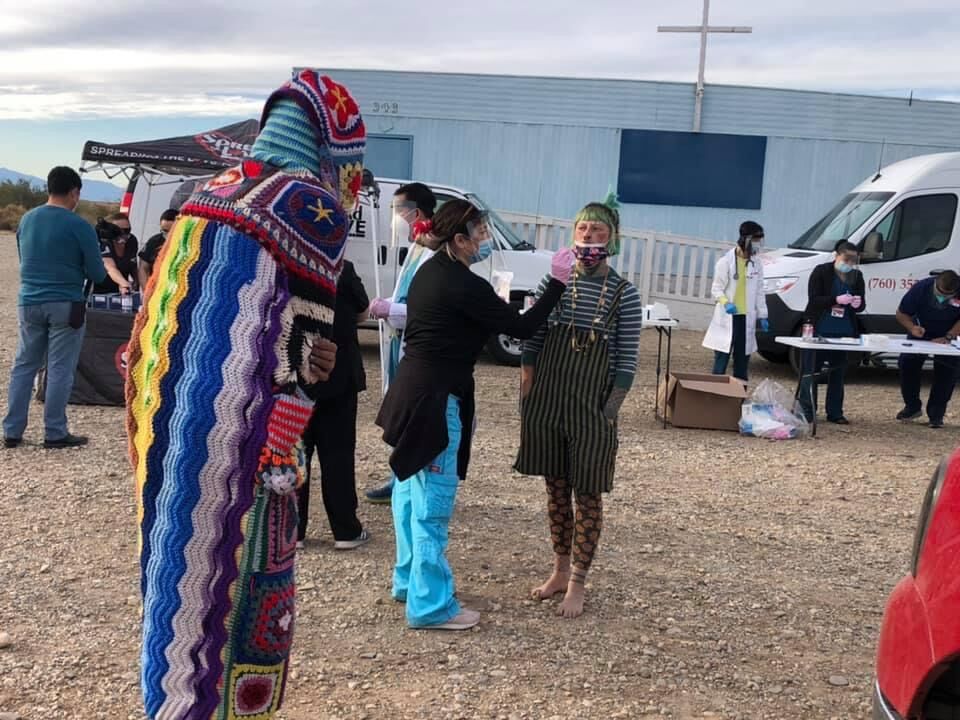 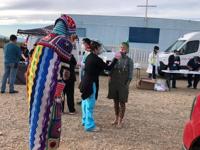 A member of the Vo mobile COVID testing team swabs a Niland area/Slab City resident during the Vo Center's and Spread the Love Charity's outreach in Niland, January 10. 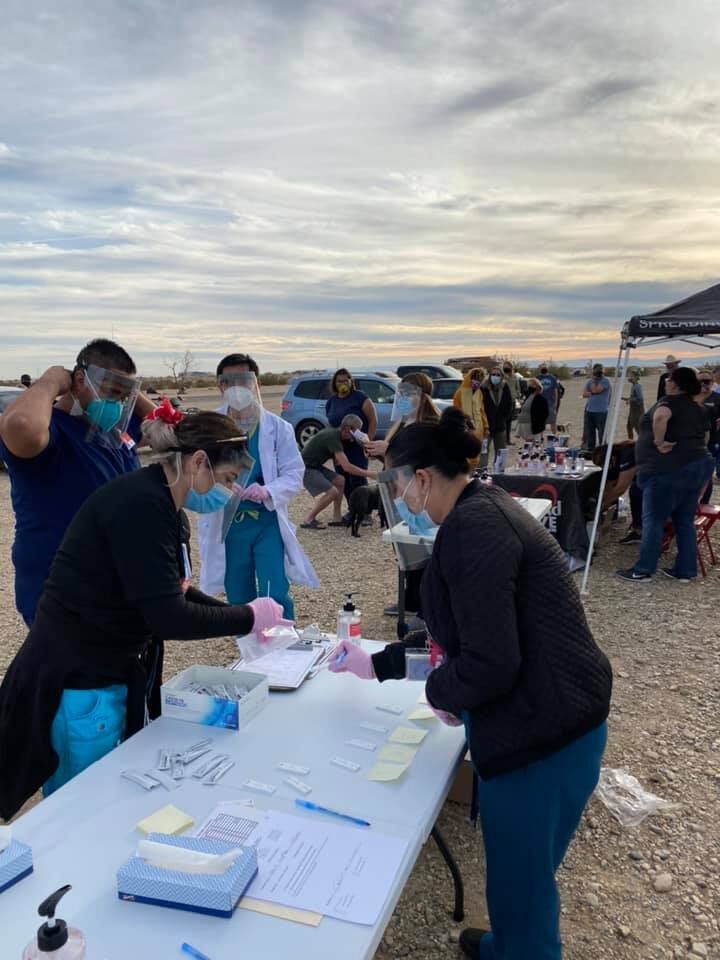 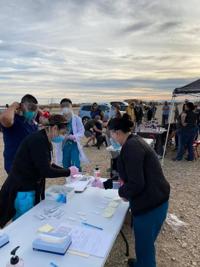 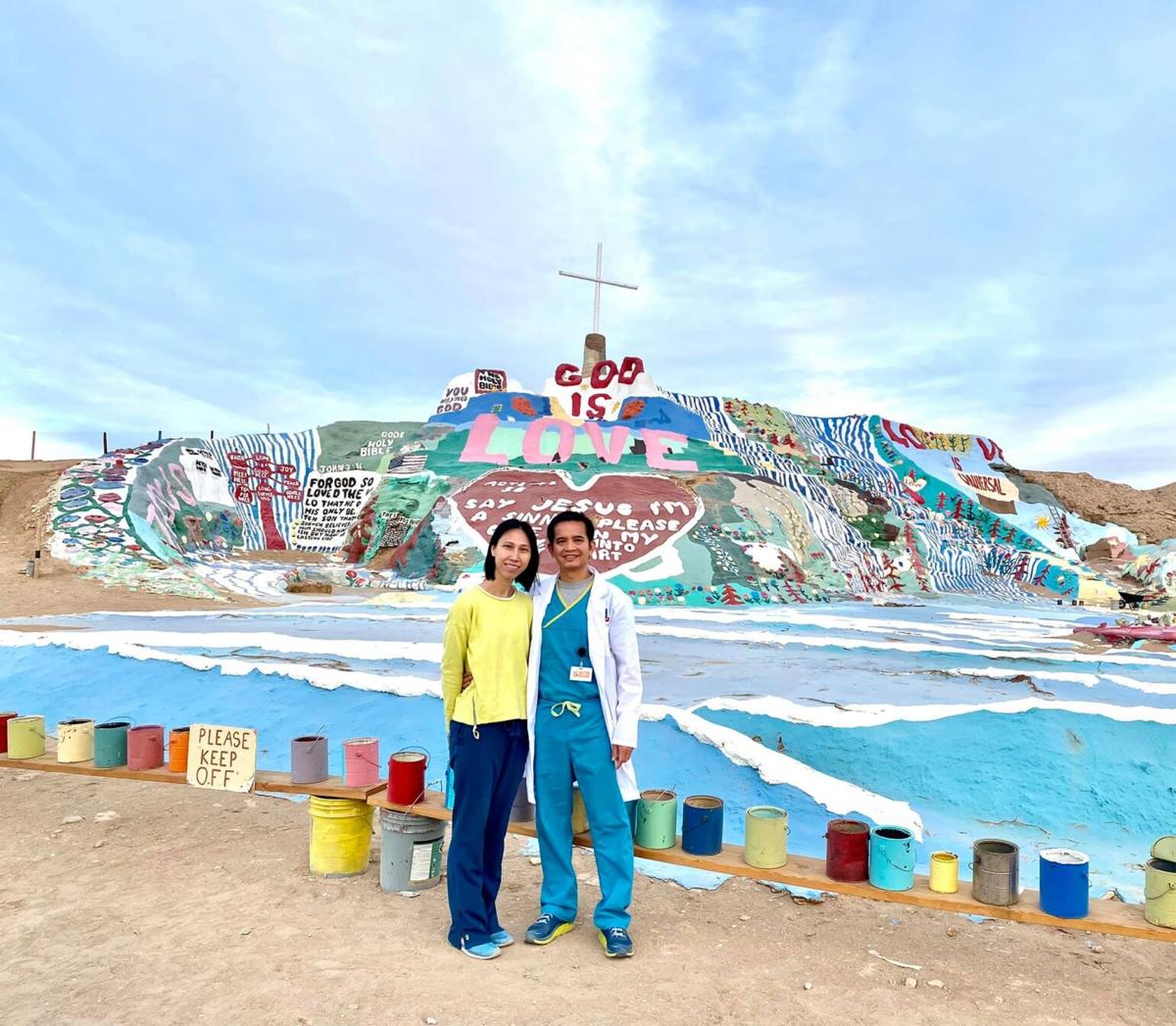 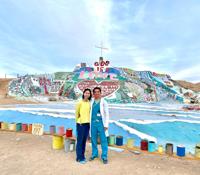 Venus Nguyen and husband Dr. Tien Vo smile for a photo at Salvation Mountain in the Niland area after outreach to Slab City residents for COVID testing, January 10. 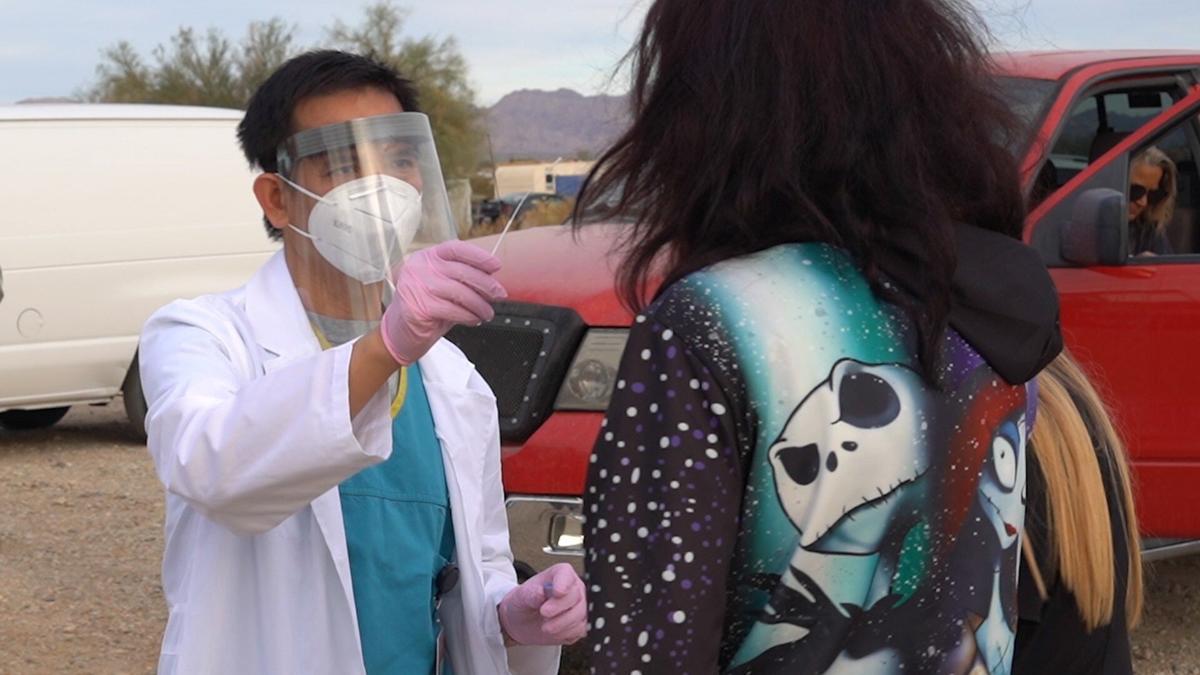 A member of the Vo mobile COVID testing team swabs a Niland area/Slab City resident during the Vo Center's and Spread the Love Charity's outreach in Niland, January 10.

Venus Nguyen and husband Dr. Tien Vo smile for a photo at Salvation Mountain in the Niland area after outreach to Slab City residents for COVID testing, January 10.

Dr. Vo and local nonprofit Spread the Love Charity joined forces to COVID test the area by request of a Slab City resident to bring the COVID testing to one of the most outlying communities in Imperial County, said Spread the Love Executive Director Jessica Solorio.

“We do outreach to the Slabs and they had mentioned that a lot of people were having trouble getting to a testing site because they don't have a vehicle, they don't have money, (and) it's really hard for them to go anywhere outside of the Slabs,” she said, “so I told them I know of a doctor that would absolutely come out so I texted Dr. Vo and he said 'For sure. Pick a date.'”

Solorio said Spread the Love Charity does regular outreach to the Niland and Slab City area to be a resource, helping residents apply for retirement, social security, food stamps, Medi-Cal, Section 8 housing, and cover any other necessities they may need help getting including food boxes, First Aid kids, and more.

As such, with Dr. Vo’s approval, he and a small mobile testing team of six came out to test as many Slab City residents as possible, Vo said. Solorio said 100 patients pre-registered for the testing but only about 50 showed up that day as many of the pre-registers forgot the specified date.

Vo said to his knowledge, he — along with his wife, Physician’s Assistant Venus Nguyen — were the only physicians to provide outreach as far out as the Slab City area.

“We came there to do charity because those patients don't have insurance or anything,” Vo said. “It's a need.”

“It's a must-do thing on my list because those patients, really, they have no choice,” he said. “They don't have transportation or resources to do it, so for me as a doctor, I feel I have to do it and I was very happy (Jessica) asked me to participate. I was happy to go there and bring my wife, my staff, and of course, my whole mobile testing crew.”

Vo said patients were given their test results within 15 minutes.

Vo said his mobile testing has tested various places within the County, including testing farmworkers for farmer employers, testing for the County, and home-testing for patients.

“We would love to have this again because you know … out of a community of probably — my guess would be about 850 people maybe — that's a very small number but it's still a good number,” Dakota said in the video.

“Thank you so much for coming here on a Sunday to do this for us,” she told Nguyen.

“We're happy to be here and to help,” Nguyen said.

Vo said the mobile team will follow up again with COVID testing in two weeks to a month for the Slab City area.

For more information on Spread the Love Charity visit spreadthelovecharityiv.org and for information on Vo Medical Centers COVID-19 testing call (760) 352-2551.