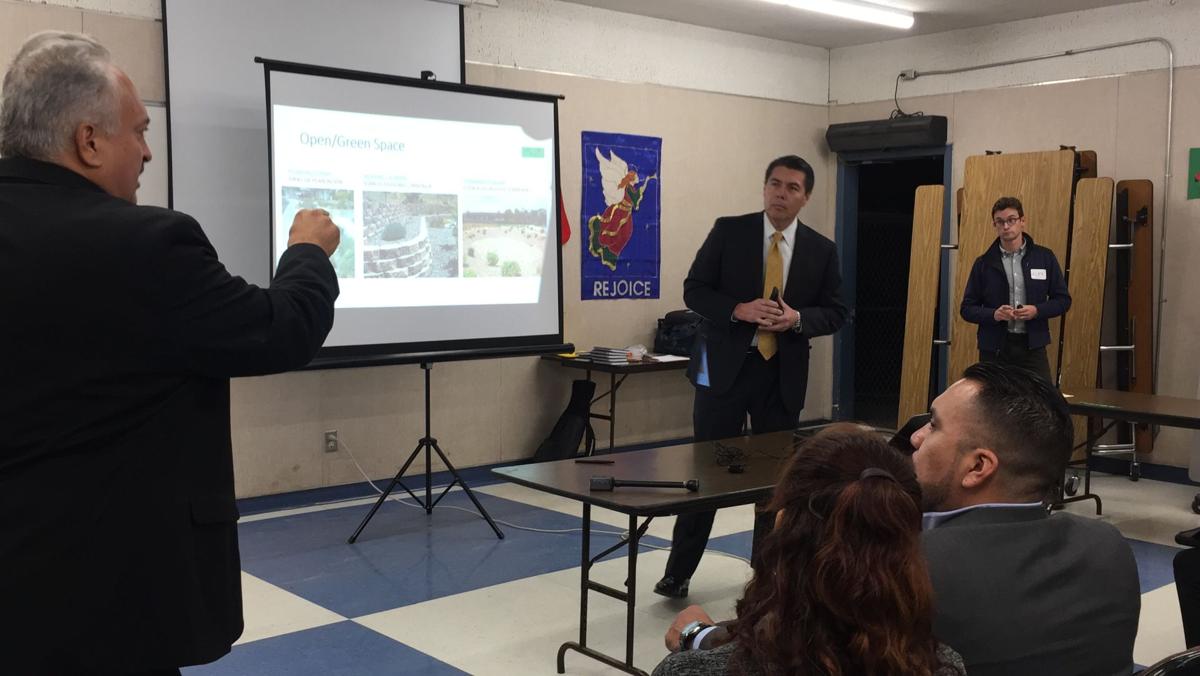 During a stakeholders' meeting December 10, Brawley resident Eric Reyes demands that the former Pure-Gro site located in east Brawley be cleaned and decontaminated. 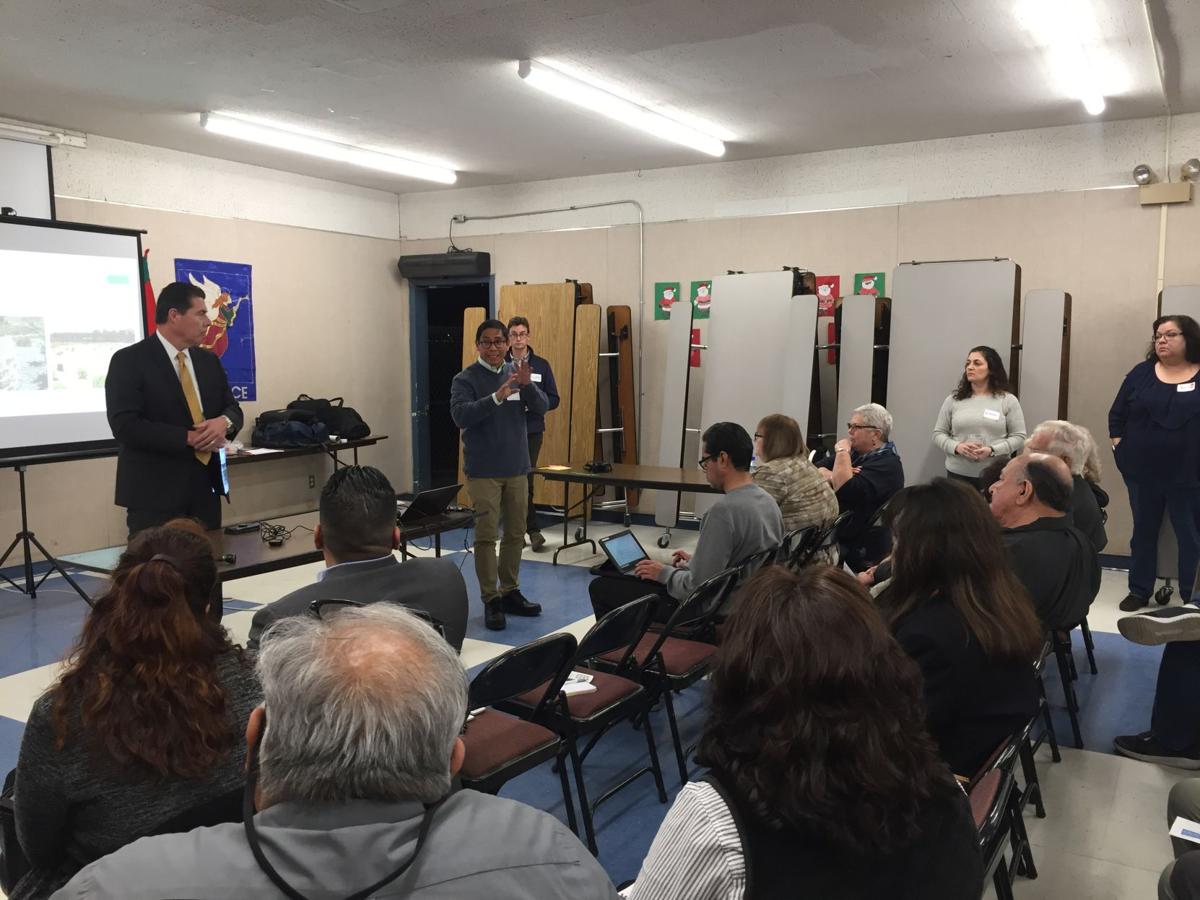 BRAWLEY - Some residents are demanding the former Pure-Gro pesticide site located in east Brawley be cleaned up before any construction is planned, and they expressed frustration in an uproar at the December 10 stakeholders' meeting that was called to determine the ultimate fate of the lot.

The meeting was conducted by the Center for Creative Land Recycling (CCLR), a nonprofit group that helps communities reuse properties considered blighted, unfit for use, or ignored by the community. The agency also helps with grant applications.  CCLR is currently trying to survey residents and find out what the Brawley community wants in place of the lot.

The Pure-Gro site was used to formulate, store, and distribute pesticides and fertilizers from the years 1940 to 2000.  It was located on a 11.66 acre lot on the East side of Brawley on the corner of River Drive and North Palm Avenue.

In the early 2000s, the facility was shut down and contaminated materials were disposed of, but the foundations of three of the buildings remain today. In 2006, DTSC put in an off-site removal action plan to remove the contaminated soil from the area.

However, stockpiles of contaminated soil are what remain today at the site and they have still not been removed. The soil has reportedly been left so contaminated that it continues to impact the health of residents in two housing blocks nearby.

At the meeting, however, shortly after proposing an exercise to gauge what the need was in Brawley, emotions apparently began ran high as residents began shouting and angrily stating the same process has already been performed, and there has been no progress.

“We’ve gone through this over and over again!” shouted Eric Reyes. “We want to see a final answer and solution. Clean it up, assure us it is going to be cleaned, then you can work on an exercise.”

“It’s not that we don’t want that," said Julia Ruiz, a Brawley resident who has had cancer, in reply to presenters discussing future building plans. "We want you to assure us, absolutely assure us -- not with words, but written statements, that it is going to be cleaned up.”

Most residents echoed the same words, saying they believe the chemicals and metals contained in the stockpile have seeped into the ground and caused many illnesses and cancers in the area.

Some residents added they feel the city of Brawley is letting the community down by not pushing to have the site cleaned up. Most are afraid the stockpile is going to remain where it is for another 20 years.

“It’s been vacant for years," said Rosalinda Garcia. "You’re talking about just leaving it until we come up with a plan.” She lives three houses down from the Pure-Gro lot.

However, Brawley City Manager Rosanna Moore stated the city is on the community’s side and knows there is a strong desire to have the lot cleaned immediately.

“The stockpile is a symbol of a past activity that poses a threat to the community,” said Moore.

Ignatio Dayreit, director of programing of the Center for Creative Land Recycling, said sites are cleaned up based on the community's decision about the future use of the lot, with residential and community usage being considered the most thorough cleanup.

Currently, the Pure-Gro site is considered M-1 zoning for light industry such as a clinic or light manufacturing and storage. CCLR representatives explained it is possible to change it for residential and community zoning, however it will take a lot of work and time.

Peter Garcia, chief of the Southern California Department of Toxic Substance Control, said the DTSC had proposed a plan in May to cap the site by spreading the stockpile over the ground and then covering it with new material. But this was deemed unacceptable by the Brawley community and has been scrapped to create a new plan, explaining that is why the meetings are beginning again.

The general demand is that the stockpile on the Pure-Gro site be removed completely. If it takes rezoning the site, most residents say to do it.

The final decision will be driven by zoning, according to both Dayreit and Garcia.  Since residents have demanded the site become a community or residential site, there will be a need to change the current zoning in order for it to be cleaned to that standard.

A new plan will be presented after the state Department of Toxic Substance Control has discussed the issue of the site with the site owner.

At the end of the meeting, many residents said they left feeling unsatisfied by what they heard, saying it sounded like the same empty promises and a waste of their time.