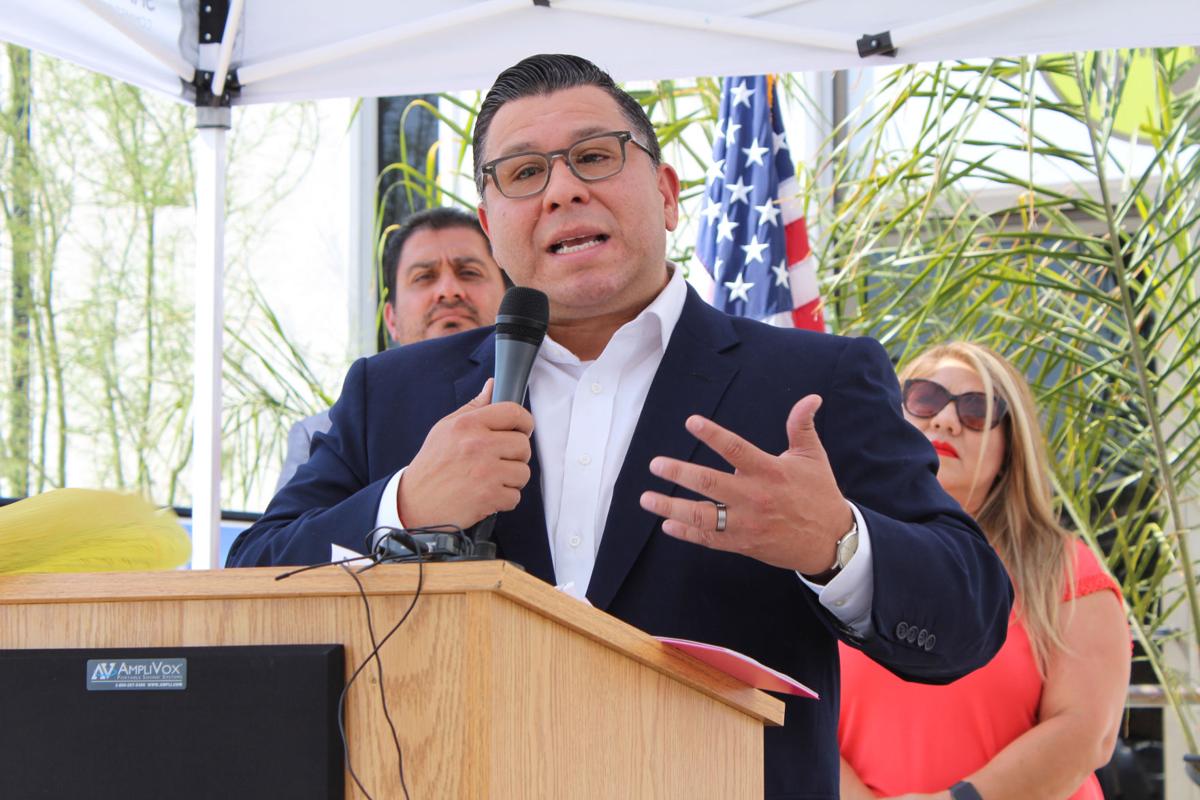 Assemblyman Eduardo Garcia speaks at a press conference to discuss changes to school's asthma medication policies thanks to AB 743. 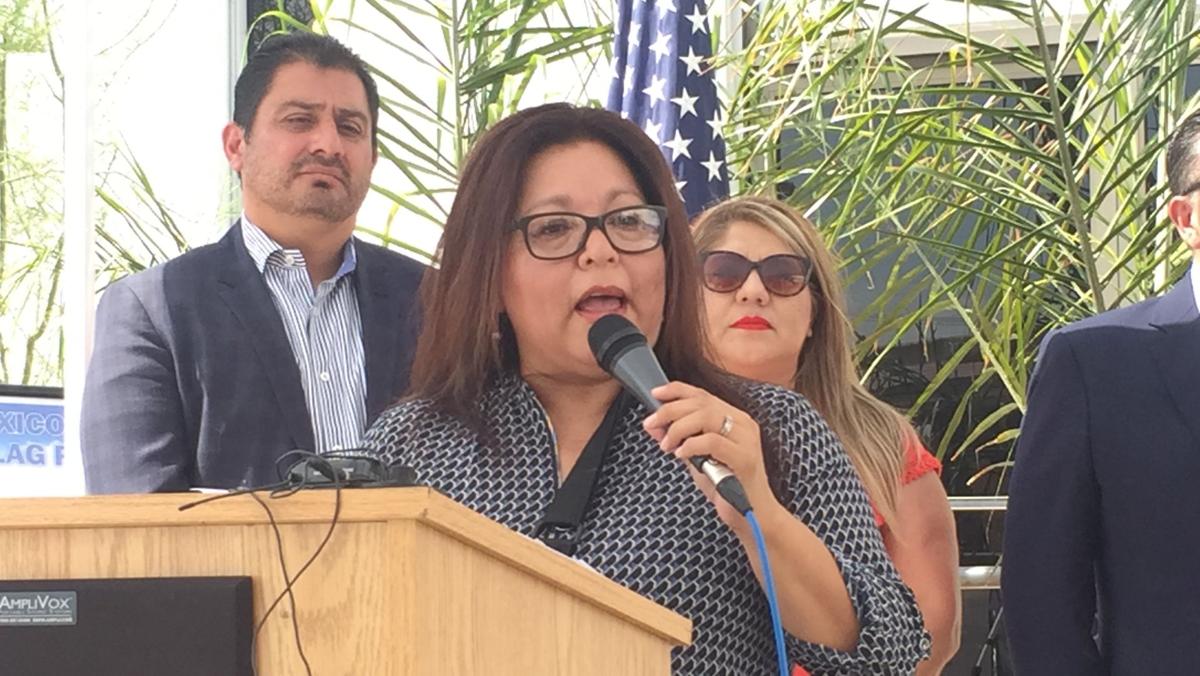 CLAUDIA MORALES speaks about her personal experiences dealing with her son's asthma attacks at school during a press conference for AB 743 Tuesday, July 23, in Brawley.

BRAWLEY — AB 743 was signed into California law last week by Governor Gavin Newsom after months of advocacy by Comite Civico and community members.

That created dangerous situations schools, such as Claudia Morales’ 12-year-old son. Morales has insurance through Simsa, a binational insurance with Mexico, and although she says he had the best allergy doctor, her son could not use the medication in school because it was prescribed in Mexico.

Morales said her son has had several attacks just this past year while at school. She said he would have an attack and she would not be able to get there to help him. She would have to call another family member to take and administer his emergency medication.

“I would get into a lot of fights with the school nurse just because of a law that says he needs medication from an American doctor,” said Morales. “I’m beyond content and excited that this bill passed.”

Director of Health Programs at Comite Civico Esther Bejarano said that situations such as Morales’ are common. It had become a silent crisis for Imperial Valley children and educators. Bejarano said that a teacher in Westmorland approached her for help, asking for a way to give students their asthma medication when the policy forbade it. It shocked her and pushed her to support the bill when it was proposed.

Dr. Lwbba Chait, a Pioneers Memorial pediatrician, said it is crucial that children have access to their medication, regardless of whether prescribed by a U.S. or Mexico doctor. Chait said the Imperial Valley is recognized as having the highest rate of hospitalizations for childhood asthma in the state, and childhood asthma is 2% higher than the rest of the state.

“It is very important that all children have their inhalers available in school because it could save their life,” said Chait.

State Senator Ben Hueso and Assemblyman Eduardo Garcia are hopeful that the passing of this bill will not only affect asthma medication but other healthcare services as well. Hueso said there has been a binational healthcare agreement with Mexico for a long time and that patients should be able to use the medicine in the states. Hueso added that he particularly hopes the passage of AB 743 brings the healthcare situations in California border towns to the attention of Sacramento.

Garcia himself was in a similar situation growing up when his family would travel to Mexico for dentist appointments. When he learned about the law, he couldn’t believe it was truly a law.

“You’ve heard the hardships that this — really nonsense — law has created not just on the health of the students but for the parents and school districts to have to implement this nonsense law. You can’t get mad at them for having to follow it,” said Garcia.

Comite Civico has already been advocating for cleaner air and asthma awareness in the Valley with programs such as the Clean Air Flag project that lets families know if the air is safe for breathing. Brawley has the most schools participating in the flag program in the entire Valley according to Comite Civico Director Luis Olmedo.