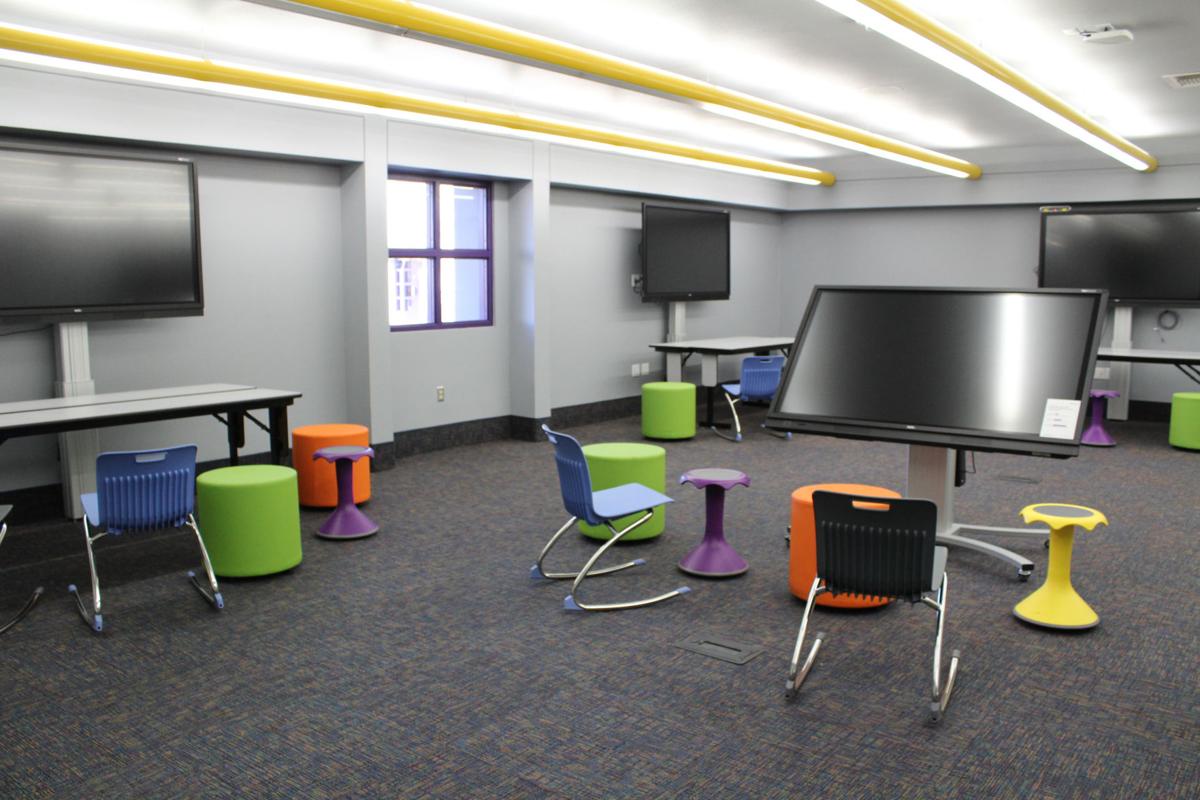 The old library computer lab has been replaced with a new interactive/collaborative center at Southwest High School where students will be able to use technology to learn in new ways. 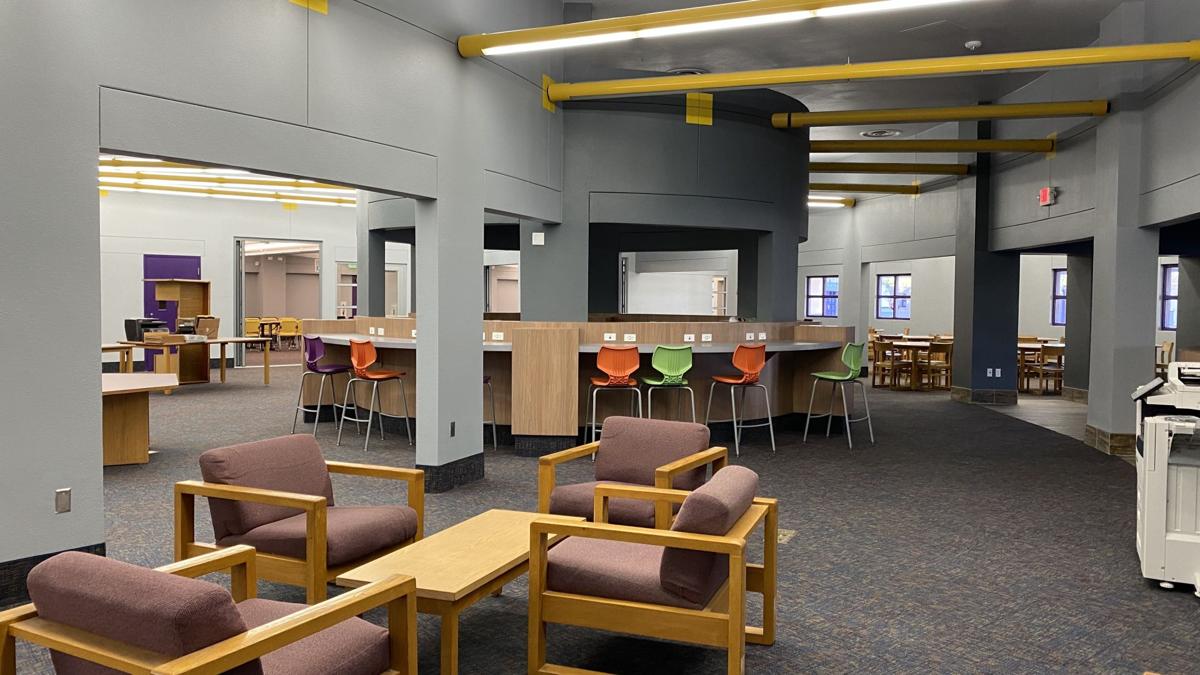 EL CENTRO — Southwest High School’s library has been getting a much-needed update, one of the many projects in progress in the Central Union High School District and is close to being ready to open for business once again, according to Southwest Principal Matt Phillips.

Phillips said the project is focusing on bringing the library into the modern era, complete with everything that students will need to further enrich their learning.

“We are taking the idea of an old library and transforming it with the vision of a learning commons,” said Phillips. “We’re looking for a feel you might experience at a college campus for example, so it’s much more responsive to the needs of our students and the new ways we use information.”

When opened, the library will have new technologies. Spaces were created where students can go and plug in their own devices. Three carts of Chrome books and regular computers will be available for students in the library as well.

What was once the library computer lab has been transformed into an interactive room where students can work together on projects with new technology and furniture. New interactive screens will allow students to link up with a single laptop or phone so that all can see a project as well as work with dry erase tables.

The 36 computers that were originally in the room will be moved to other locations in the school.

Interactive screens have been installed in the new conference room, a massive part of the library that has been converted into a meeting room for students and staff. Phillips said the room can be split into three separate rooms that can be used for meetings, tutoring, or classes. Extra counseling offices have been added for counselors who work with foster youth.

Phillips said the idea is to create a space where students want to engage in their learning or even a place for them to hang out. Phillips added Southwest plans on updating and replacing the old furniture next year to go along with the updated library.

Librarian David Burt stated he and the students are ready to get back into the building. Burt is particularly excited for the new interactive center and eager to see students start using it.

Concerns had been raised over the significant lack of books and bookshelves in the library at the CUHS State of the Schools and by others in the public. There were also concerns about the storage of the books that were marked for discard.

Burt stated the books that were removed were considered old or obsolete and were originally placed on pallets that were wrapped in plastic to protect them during the move. However, due to the weather the plastic was blown off completely and the elements got to the books before they could be shipped off. Burt said he was unsure what caused them to be placed outside, but said they are the discarded books meant to be out of the library and moved off campus as soon as possible.

Phillips and Burt have assured the public the library will have books when everything is moved back in. Phillips said the school would not do away with the need for physical books.

There will likely be less, but there will be discussions on getting more books eventually. Currently the school is looking into the possibility of digital books alongside good old-fashioned physical books.

“Our job is to use our resources to meet the needs of our students,” said Phillips.