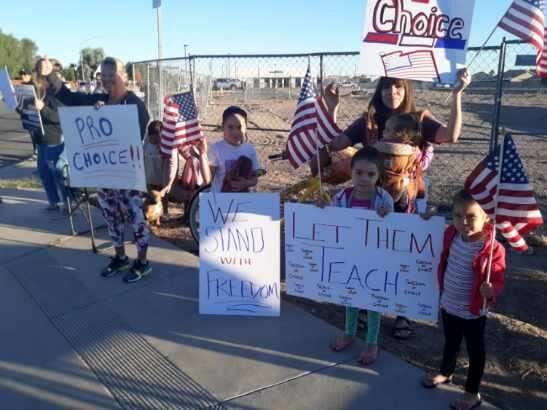 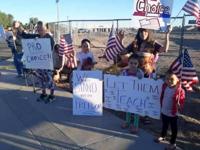 Parents and the like-minded gather to show their disapproval of government mandates. 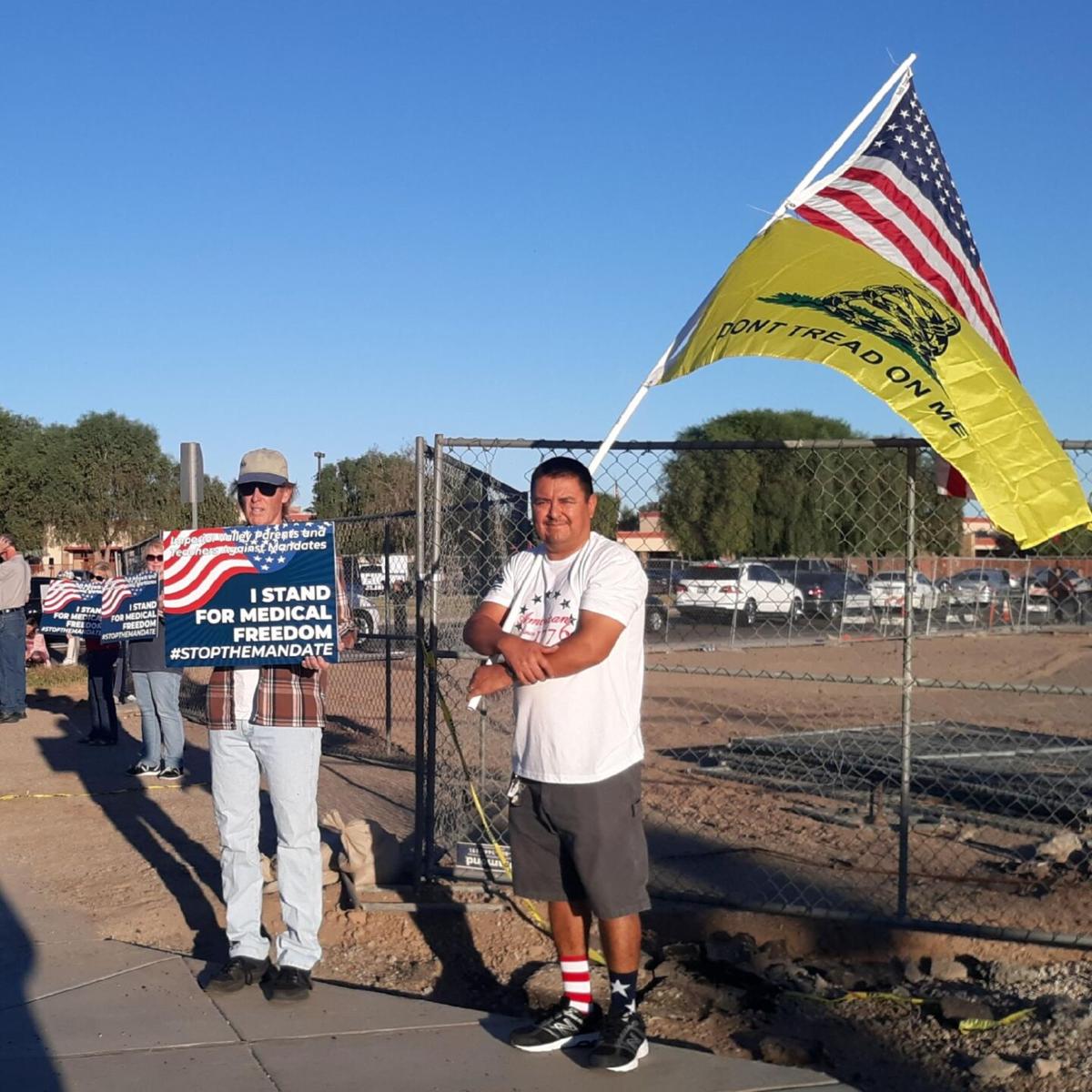 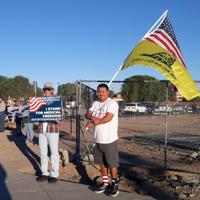 Parents and the like-minded gather to show their disapproval of government mandates.

IMPERIAL — Some 40 parents, retired educators, and concerned citizens along with children gathered across Frank Wright Middle School in Imperial Friday, Oct. 29, from 7 to 8:30 a.m. for a rally to voice opposition to COVID-19 vaccine mandates, particularly for children. Passing drivers honked, waved, and gave thumbs up during the rally.

Jared Reeves, Imperial, initiated the rally emphasizing the concerned individuals are not anti-vaxxers, but are concerned that the government is displacing parents on what should and should not be injected into their children.

“We are not a violent group of protestors. I just don’t like the fact we’re being told what to put into our bodies and our kids’ bodies.” said Yvette Reeves, Jared Reeves’ wife. “We’re the guinea pigs. My kids are not going to be known as lab rats.”

According to the Center for Disease Control (CDC) website, the vaccine is not yet FDA approved, nor has it reached the end of its trials which are set for the end of 2023.

Sue Casey, former 10-year principal of Fremont Primary School in Calipatria and an educator for 19 years, attended the rally.

Casey said she was, “standing up for the freedom of choice, for our liberties.”

“We must protect our freedoms,” Tina Stiegmeyer, retired 25-year special education teacher said. “No way we should fire teachers for the right to choose on this issue.”

Many in the crowd were members of the IV Parents and Teachers Against Mandates Facebook group. The group numbered more on their page than were present at the rally.

Each Friday morning, the group plans to send members to Valley schools where teachers face termination for refusing both the vaccine and the weekly swab tests. Several teachers attested that frequent swab tests can cause nose bleeds.

The next rally will be in Calexico, according to the organizers.

“People are getting restless, particularly parents and educators,” said Lorenzo Marin, Imperial, with a son in Frank Wright’s eighth grade. “I’m not an anti-vaxxer, just this mandate particularly for children. It is so useless for kids. I’ve had COVID. I’ve also been vaccinated, required from my place of work.”

“It is crazy that docs, cops, firemen are being fired,” Marin said. “It is unheard of. If we don’t stand up now, forget it. It’s over.”

“More and more evidence shows that kids don’t transmit COVID,” Jannette Henderson, Frank Wright parent said. “We all had COVID and all recovered. Our bodies’ natural immunity is way more effective with more natural antibodies. My 62-year-old mother lives with us and she never contracted it. She is a teacher aid at a day care and never missed a day of work.”

“As for losing one’s job and livelihood,” Henderson said, “one should not have to choose between families and these mandates.

Henderson’s 18-year-old son, Jeremy, standing by his mom, said, “This mandated shot should not be forced on us especially by the government. I’ve had COVID too; lots of congestion and loss of smell. I’m well and likely better protected now. They don’t take natural immunity into account, and they should.”

Alfredo Moran said he was present for the safety of his community and for his own children who attend Sunflower Elementary School and Southwest High School in El Centro.

“The masks inhibit 19 percent of oxygen intake to the brain and lungs. The lungs no longer have ability to protect,” said Moran. “Numbers are showing that the vaccine is killing more than the virus itself.”

Moran was also concerned about alcohol poisoning with the constant use of hand sanitizer. “It’s killing good bacteria that protects us. Besides, the policy ignores CDC’s own preferred method of simple soap and water.”

Moran was upset that Sunflower Elementary doesn’t want to do anything. He does appreciate the county supervisors who have listened to his concerns and thanked him for his “cordial, respectful, and calm manner with them.”