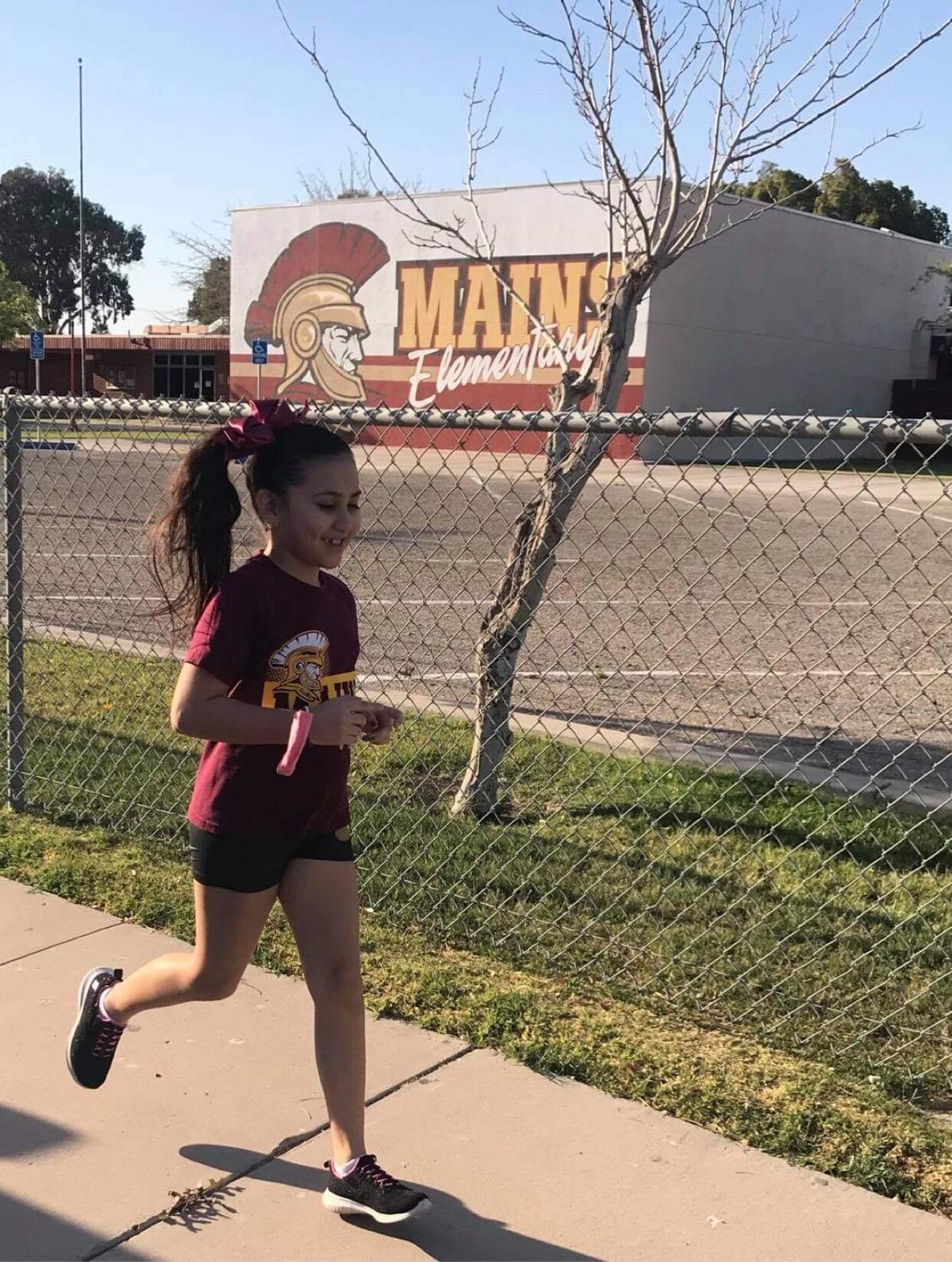 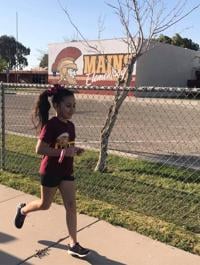 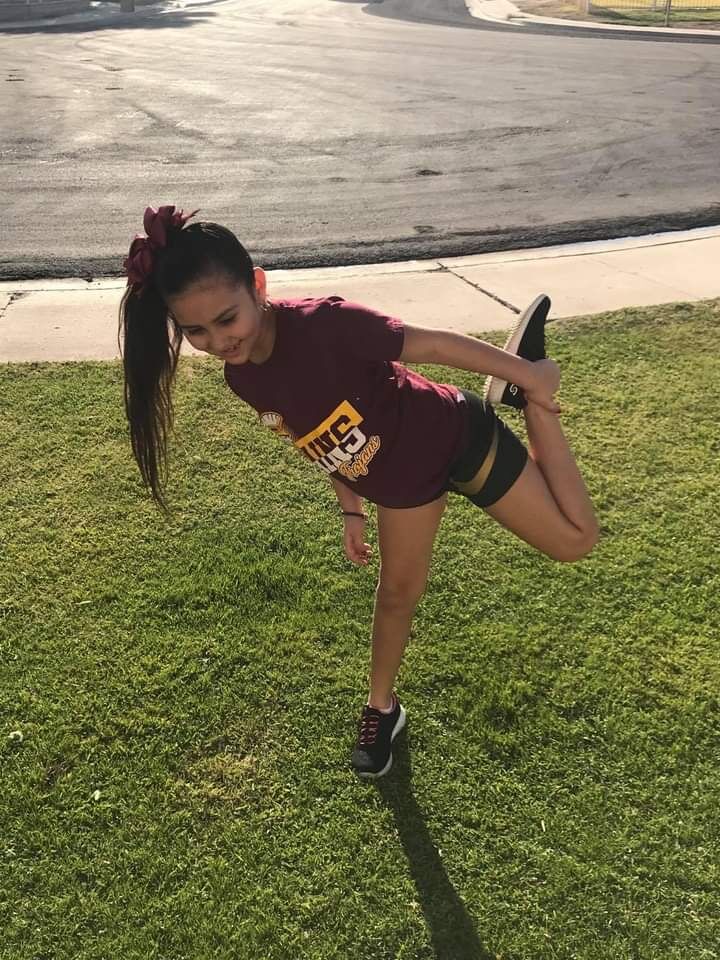 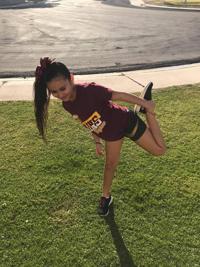 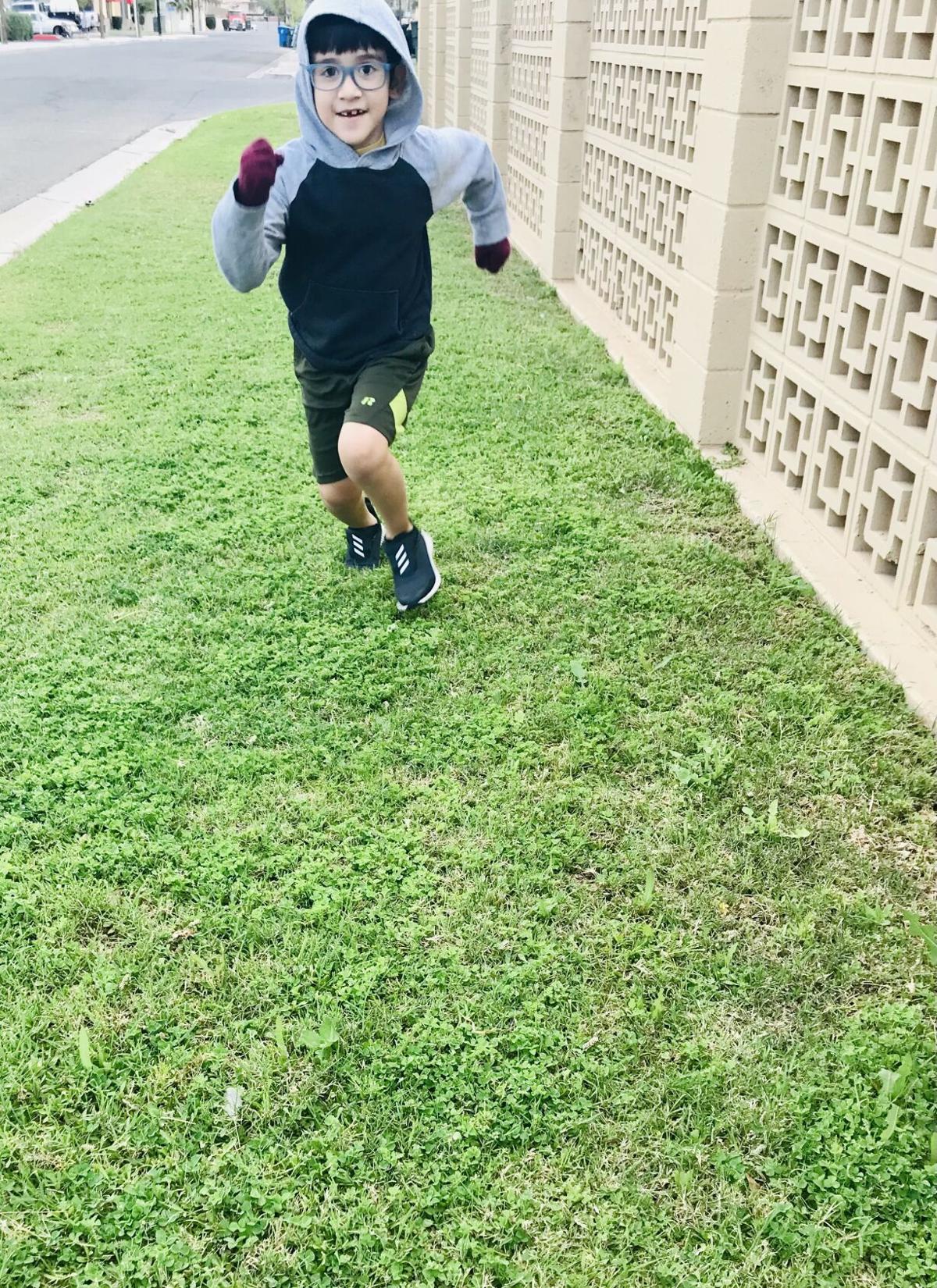 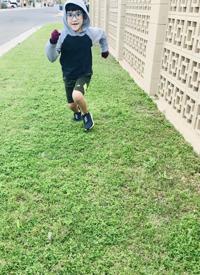 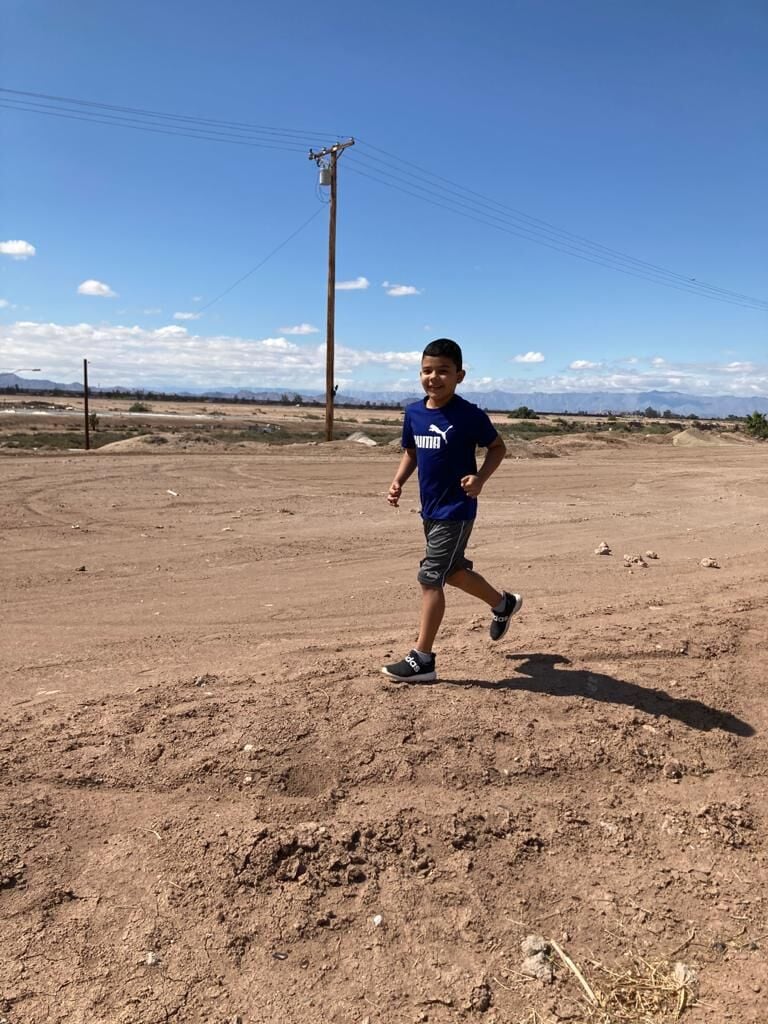 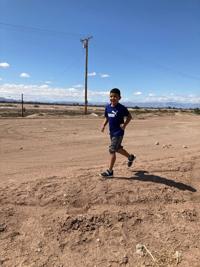 CALEXICO — Mains Elementary School is at the mid-marathon mark in their inaugural Bunny Run, sponsored by PrimeLending and the Imperial Valley Run Club.

The school-wide Bunny Run project is a way for the students to get outdoors and participate in physical education to help their bodies, build character, and have better mental health, said event organizers Grace Lopez-Noll and Veronica “Ronnie” Platero.

Our students participated in California Mental Health Month in May last year and part of the activity involves getting the students acclimated to the benefits of physical fitness,” Lopez-Noll, a counselor at Mains, said.

“We want our students to also realize that with that comes benefits in mental health,” she said. “We also want them to realize that they will be able to better handle their emotions, be in better moods, and be happier because of physical fitness, so we want to also incorporate that.”

In the Bunny Run — which runs from March 15 to April 16 — all classes in the kinder-6th grade school are participating along with their teachers. Students run outdoors on their own time and log their miles on the honor system, bring their information to their class, and classes compile their miles logged each week in the school-wide competition.

All 20 classrooms — about 450 students — their 20 teachers, classified staff, and support staff are also participating, Lopez-Noll said. The school will post their leaderboard each week on social media “so that way classes get more into the competitive spirit,” she said.

Each team has a student captain and co-captain which the students elect, she said. A weekly Trojan Warrior winner will be selected per each class, where winners receive bags filled with running gear, goodies, and COVID-prevention items, said Platero, the Branch Manager and Senior Loan Officer for PrimeLending.

At the end of the competition and final tallies, first, second, and third places will be awarded $300, $200, and $100 respectively to donate to the local charity of the team’s choice through the guidelines given to them by sponsors.

The IV Run Club is also submitting weekly videos with tips on good exercise, motivation, and similar topics to keep the students engaged throughout the month-long Bunny Run.

“What I hope they get is creativity, accountability, merit, honesty, character building, team building, and that they have fun even in a time like this …” Platero said. “We want to get the parents and the kids involved; get them out there.”

“I’ve seen some excitement on the part of the students when I login for class,” Lopez-Noll said. “I’m getting a good feel that the students are engaged and excited about it.”

Lopez-Noll and Platero said the idea was modeled after the Leprechaun Chase which PrimeLending and the IV Run Club sponsored in February and March.

She said her sponsorship of Mains students started when she saw three, homeless Mains students walking down the street where she grew up in Calexico in thin clothing on a cold January day “and it broke my heart,” she said.

After getting clothing sizes from the school office, Platero returned the next day with bags of clothes for the sibling trio, saying she saw them “walk in with some swagger in their new jackets, uniforms, and tennis shoes.”

“I know it sounds silly, but could you imagine how they felt? One act of kindness can last a lifetime,” Platero said, “so after that I just started to adopt the kids (through the school).”

Over the years Platero has said other Mains alumni have joined forces, even starting a 501c3 nonprofit — the Fred I. Yturralde Scholarship Foundation, named after an influential Mains Elementary teacher.

"It just took off from there,” she said. “You can take the girl out of Calexico, but you can't take the Calexico out of the girl."

Platero said she hopes the Mains students take the event as serious as the Meadows Union students, in that she saw the Meadows community really come together throughout the event through family and teacher support.

“We need them to be a team, to know what you have to work together (in) unity,” Platero said.