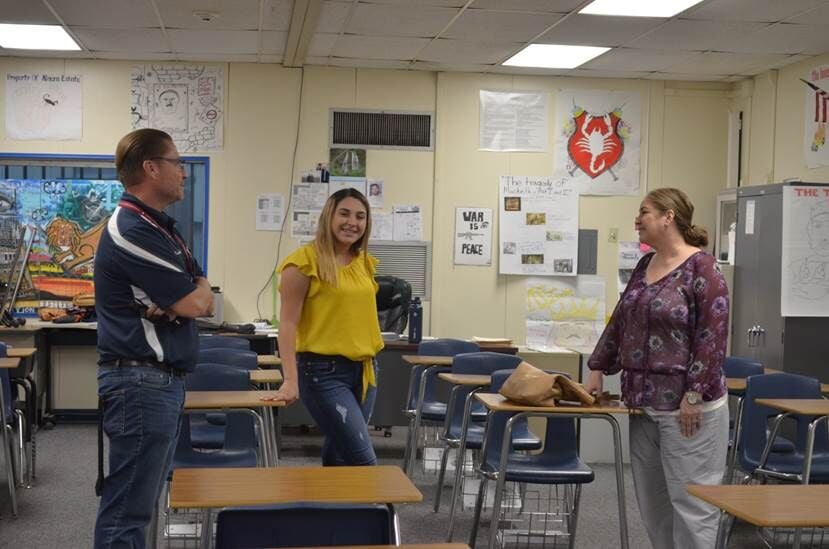 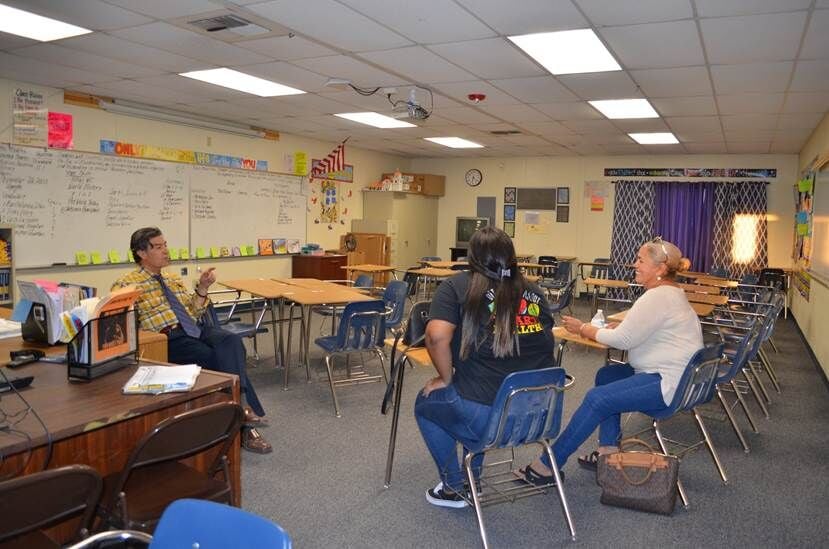 IMPERIAL COUNTY — Calexico’s Aurora High School and El Centro’s Desert Oasis High School have both earned a spot on the California Department of Education and the (CCEA) Plus’s joint list of 27 Model Continuation Schools in 2021 out of 400 total continuation schools in the state, according to a CDE press release.

“Through the work of dedicated teachers and administrators, model continuation schools provide the students they serve with new academic opportunities that can change the course of their lives in high school and beyond,” Thurmond said.

Of the two local schools, Aurora High School received the distinguished honor for the third time in the last six years — also making the list in 2018 and 2015 — while this 2021 list marks the second time for Desert Oasis High School, also listed in 2018. The designation is given every three years as opposed to annually.

The prestigious designation was not lost on the two local schools, their principals said.

“We have a great staff and the teachers established positive relations with our students,” Aurora Principal John Moreno said.

“The majority of our students are behind in credits or have a lower GPA where they cannot attain a 2.0 to graduate, so it's all about establishing those positive relations with our students and giving that second opportunity,” he said.

“It means a lot to the kids and our staff because we are doing good things for the kids and preparing them to be part of our community,” Desert Oasis Principal Fernando O’Campo said. “To us, it’s very special that we get it for as second time.”

Desert Oasis was also highlighted within the CDE’s press release as maintaining their community Mentorship Program which is “comprised of local professionals, including many members of law enforcement” where “law enforcement mentors participate in activities with students that focus on team building, collaboration, and trust,” according to the release.

“A lot of the folks with that negative mindset don't know why these kids are here,” he said. “It's not because they are bad — no — some of them have just health conditions or they simply thrive in a smaller setting versus a bigger school.”

“I think we've been eliminating that stereotype by providing these opportunities, these programs,” he said. “We're doing great things here at the school.”

Moreno also said the students benefit from the smaller class sizes as continuation schools, which lends itself to more one-on-one time with teachers or more-focused afterschool tutoring.

O’Campo said Desert Oasis offers dual enrollment with Imperial Valley College, where students can attain college credits in addition to high school graduation credits. He said Desert Oasis was one of the first in Southern California to offer the AVID (Advancement Via Individual Determination) Program at a continuation high school.

Locally, Desert Oasis and Central Union High School were the only two schools who participated in the Imperial County Mock Trial Final, with Desert Oasis later being offered a “wild card” spot in the State Mock Trial Competition, O’Campo said.

Regarding making the CDE and CCEA’s Model Continuation Schools’ list, Moreno said schools submit an application to be considered, and if they meet the criteria via a peer-review panel, they are visited by CCEA “to make sure what we have in the application is what’s going on.” For the 2021 the on-site visit was conducted virtually.

The schools will also be recognized at the 2021 CCEA Plus State Conference in San Diego held April 15-18 both virtually and in-person.

“No school is perfect (but) we're a Model School and I think that says a lot about our community,” Moreno said.

“I want to congratulate Mr. O'Campo at Desert Oasis and Mr. Munguia at Desert Valley of Brawley because they do outstanding jobs at leading their schools as well,” he said. “It's a testament to all the hard work that our teachers and classified staff have been doing all along.”

George and Evelyn Stein High School of Tracy Unified School District is among the 27 schools throughout California that were recognized as Model Continuation High Schools for 2021.https://t.co/pwLmOwUPsd

George and Evelyn Stein High School is one of the 27 schools recognized as Model Continuation High Schools for 2021, according to a California Department of Education press release. The high school was honored for having a strong academic support system for its students and-