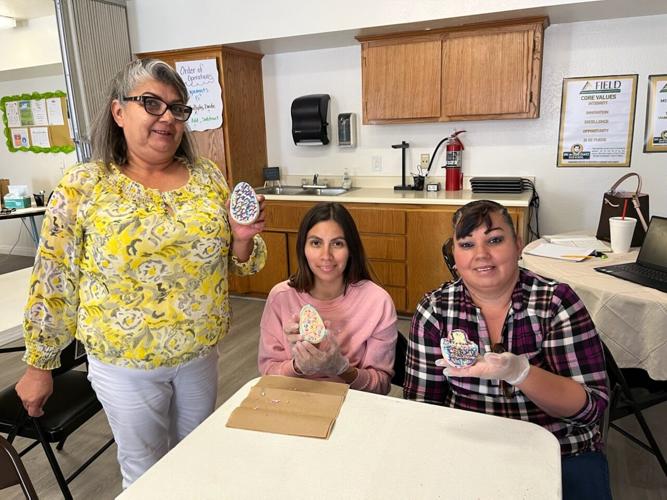 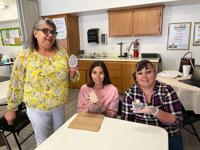 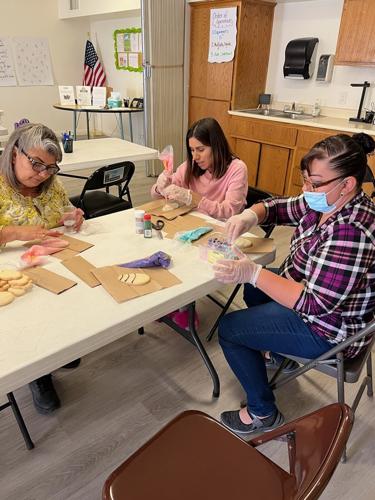 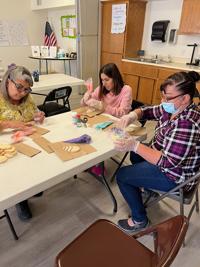 BRAWLEY – The legacy of Cesar Chavez continues on through a high school named after him, which has branched out from central California all the way down to Imperial County.

Farmworkers Institute of Education Leadership and Development (FIELD), is a program which is operated through EPIC de Cesar Chavez High School of Tehachapi, California, a charter high school located midway between Bakersfield and Lancaster, California. FIELD is an education program which aids adults looking to earn their high school diploma.

“Students are taught in a traditional school setting, with instructors who understand both their cultural background and academic struggles,” FIELD’s website, farmworkerinstitute.org, reads. “Curriculum delivery is intensive and aligned with California State Standards.”

FIELD/EPIC de Cesar Chavez High School operates in twenty locations throughout California – from Sacramento to Brawley – serving students through in-person classes and distance education, according to the website.

Monika Galvez-Lua, FIELD Regional Manager for the South, said EPIC de Cesar Chavez focuses on aiding the underserved, “those people that have difficulties going to a campus.”

“Most of the people we serve have either have gone to other schools and have dropped out, or they just didn’t have the opportunity to finish high school,” she said, “so earning a diploma means more to them.”

Galvez-Lua said the students “are asked to take rigorous classes” which cover all high school subjects. Each student are encouraged to complete the classes within two years “but that doesn’t mean that student can’t stay longer,” she said.

Galvez-Lua said unlike earning a GED, FIELD’s high school diploma must be obtained through class attendance, in-class work, and homework like traditional US schools.

“We try to do it more at the student’s pace because we have in mind that most of the students that we serve are parents, have a job, and have other things going on in life, so we try to provide our programs in the time slots that they are available,” Galvez-Lua said.

“It’s not a GED, it’s an actual high school diploma,” she said. “We do have a graduation every June.” Galvez-Lua said students must earn 180 credits to graduate from the program.

Contrary to the FIELD name, Galvez-Lua said the adult classes are not exclusive to those in agriculture.

“People think that because it has the word ‘FIELD’ or ‘farmworker’ that it applies only to them, but no,” she said. “Our classes are open to everyone who is 18 years old or older who are looking to get their diploma.”

“We do have younger students who were taking care of their children and were unable to complete (high school) … so it's exciting to be able to help them keep moving forward, and then we have our (older) adult students,” said Brawley FIELD/EPIC instructor Frances Tabarez.

The FIELD program is only about six months old in Brawley, with classes being taught on the Gateway Church of Brawley campus on Highway 86 near Legion Road, Tabarez said.

“Everyone here has a story but it's exciting to see that even though they've had their struggles, they're here again ready to try and push through and do better for themselves, for their families, and for their grandchildren,” she said, “so it's nice to be a part of that.”

Tabarez said FIELD’s pilot classes in Brawley started with a slightly larger number of students in November 2021, but the four students who have stayed with it have held strong despite life’s twists and turns.

“It's a little different just because people are in different levels,” she said, “but it's also nice because we'll do a lesson in one of the books and a lot of it is based on communicating, dialogue and speaking English so it builds a little community within them because they're also each other's support.”

“I starting going to school again in these classes to get a different type of job (in the future),” said Maria Juarez, Calexico resident and grandmother of five.

“I figured I don't have any kids at home ... since they're now grown up with their own families it was my time to finish my own studies,” Juarez said. “That's what gave me the little push to say, 'Well I have a little spare time, I'll use it for something that's going to work for me.'”

Juarez, who currently works at Arc Imperial Valley, said she’d like to advance her career and become either a Certified Nursing Assistant or open her own childcare facility “where I can take care of my grandchildren in a little business of my own.”

Calipatria resident Melissa Saiza – a mother of six children including one boy with Autism – said it was a mix of wanting to inspire her children and fulfilling her now deceased father’s wishes to earn her diploma in order to provide better for her kids.

“I put it off for so long and I needed very few credits, and with the pandemic and everything it made me realize that I just need to finish school,” Saiza said, “not only for myself but for my kids because it's hard finding a job without having a diploma.”

Saiza hopes to be the Brawley cohort’s first graduate from the FIELD/Epic de Cesar Chavez program. She said she only needs a few credits to complete the program and looks forward to walking down the stage runway in Indio to finally grasp that elusive high school diploma.

Both students said they really enjoy the classes through the program because of the pace of the learning and the teachers’ care.

“The teacher is very patient with us, like with me in math because I’m not really a math person,” Juarez said. “(The classes) are nice.”

“I really like (the classes),” Saiza said,” especially because Frances encourages you to finish, motives you. She's just like always there for me so she's a big help.

To find out more about Farmworker Institute of Education and Leadership Development programs contact Regional Director, Monika Galvez-Lua by email at mgalvez@fieldinstitute.org or FIELD headquarters by phone at 661-822-4381.