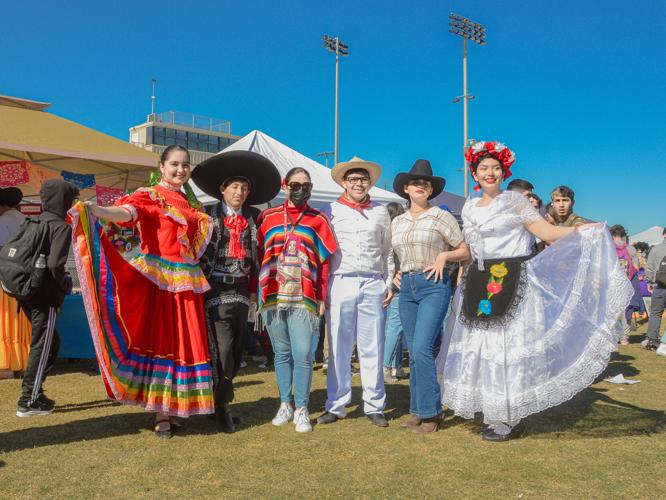 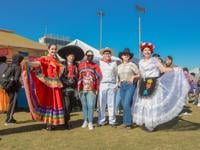 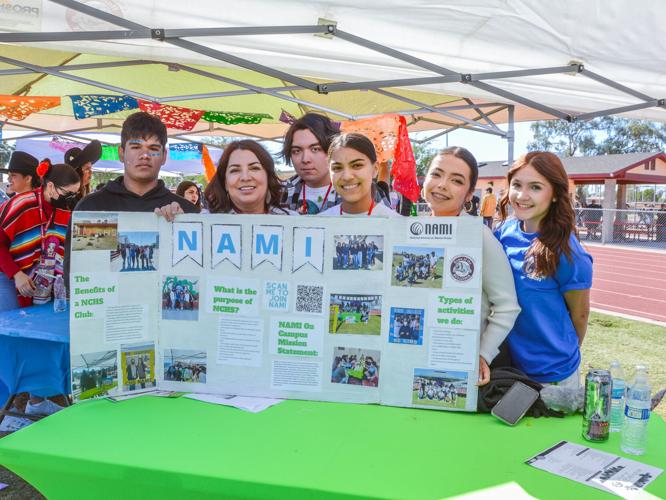 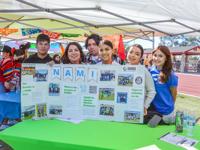 Many blue canopies lined up near the sidelines of the football field to provide shade to the booths of the mental health and healthcare providers that were present to provide guidance and awareness about free resources to the students on campus.

Calexico High School’s student clubs were also present at the mental health fair with their own booths to recruit students to partake in social activities throughout the rest of the school year. The clubs that were present at the event consisted of Bulldogs for Health Awareness (BHA), Women’s Empowerment Club, Folkloric Dance Club, the National Alliance on Mental Health (NAMI), the Fashion Club, the Alebrijes Club, the Right Hand Committee, the No Margins Club, the Advancement Via Individual Determination (AVID) club, and a canopy for the JROTC Navy Recruits.

The size of the school’s student body is estimated to be roughly three thousand students. To avoid congestion on the field, school leadership decided to split the attendance of the mandatory event in half by organizing the freshmen and sophomores to attend for fifty five minutes from 9:21 am to 10:16 am and the juniors and seniors would attend six minutes later during the passing period between second and third period for another fifty five minutes.

Calexico High School Principal Gabrielle Williams made remarks in an interview with The Desert Review regarding the historical significance of the fair and impact the annual mental health fair has on the students.

“We have about thirty-plus organizations valleywide providing information, resources, games, crisis phone numbers, and brochures for all of our students' mental health,” said Williams. “This started two years ago and this is the third year we host and it keeps getting better and bigger. This year we integrated our school clubs and four mental health stations run by my school committee. Two members of my committee of a hundred students helped me contact some of the mental health organizations.”

When asked about the preparation for the event, Williams explained that it took weeks worth of emails and planning and that the fair didn’t happen during 2020 due to the Covid-19 pandemic.

Williams mentioned that coffee, breakfast, and desserts were catered to the booth hosts by Culinary Arts students wearing their chef's attire.

Williams described the various stations that had been set up throughout the field. One such station was called Garden Zen, which aimed to teach kids about gardening alongside a petting zoo with a guinea pig, bunnies, and a therapy dog.

Another station was called the Paint Me Happy station, where students were walked through positive affirmations by coloring posters and painting good phrases on them.

One station was called the Mindful Moves station, which hosted activities such as yoga, stretching, breathing, and meditation. Additionally there was karaoke of pop songs sung by students near the Creative Moments station.

Principal Williams summarized the goal of the event with a heartfelt message to the youth.

“A brochure with resources is not enough,” said Williams. “Everyday we deal with a kid who struggles with mental health. I’ve been saying it all week, we are going to save a life.”