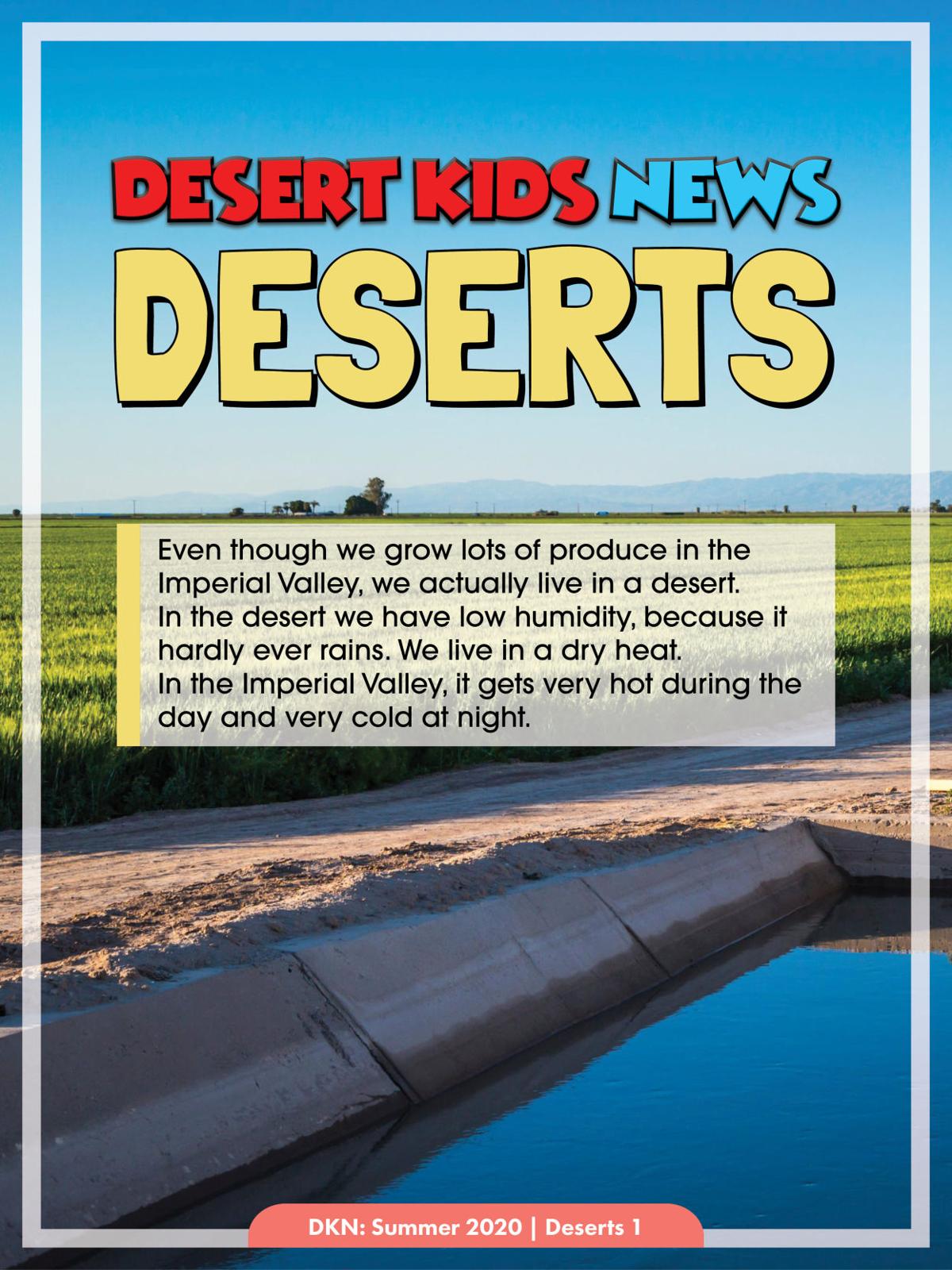 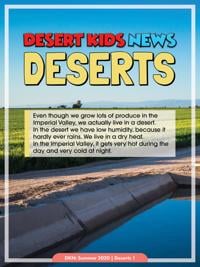 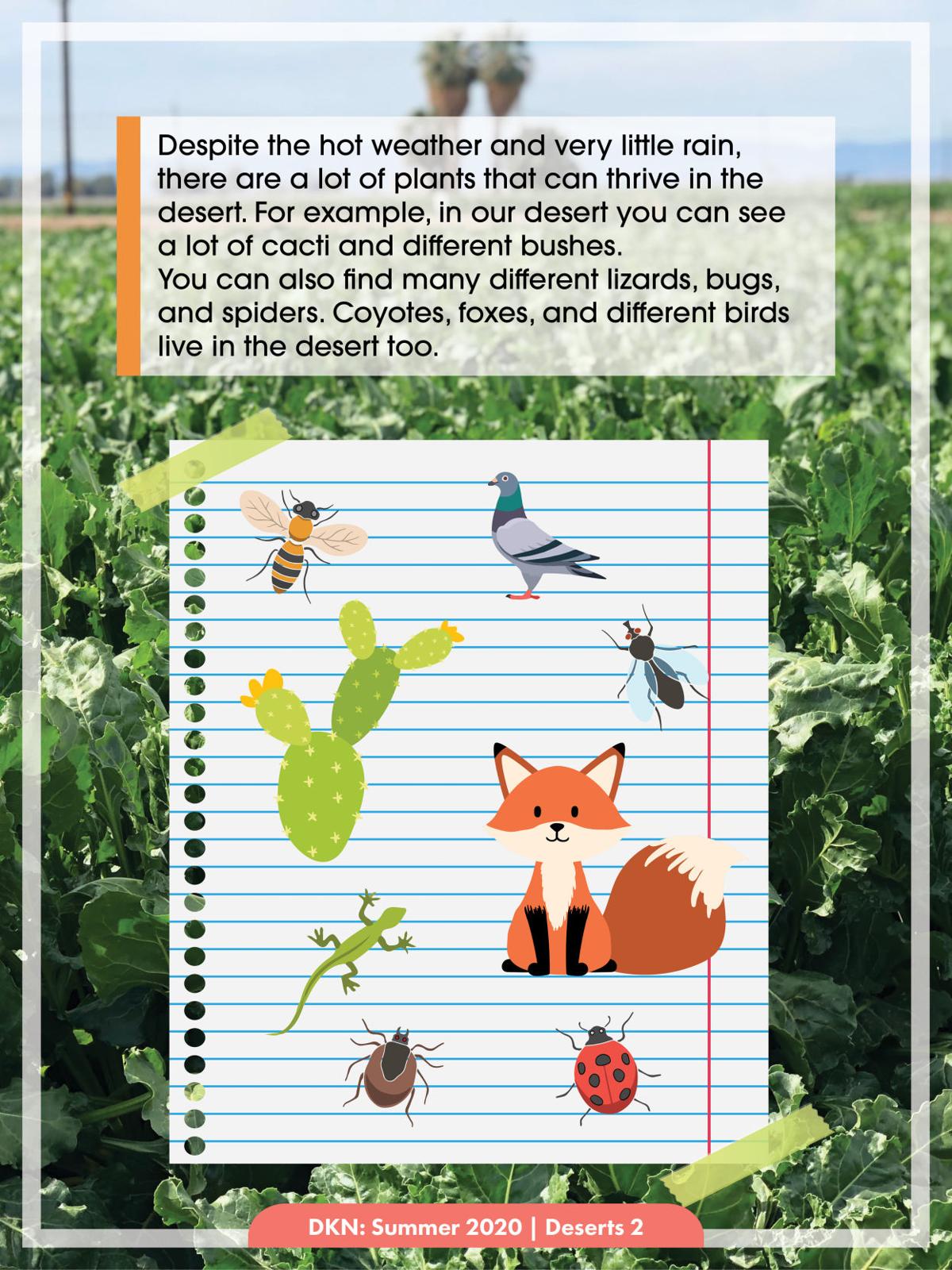 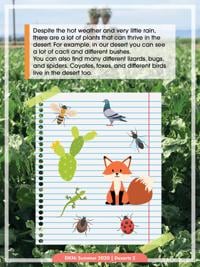 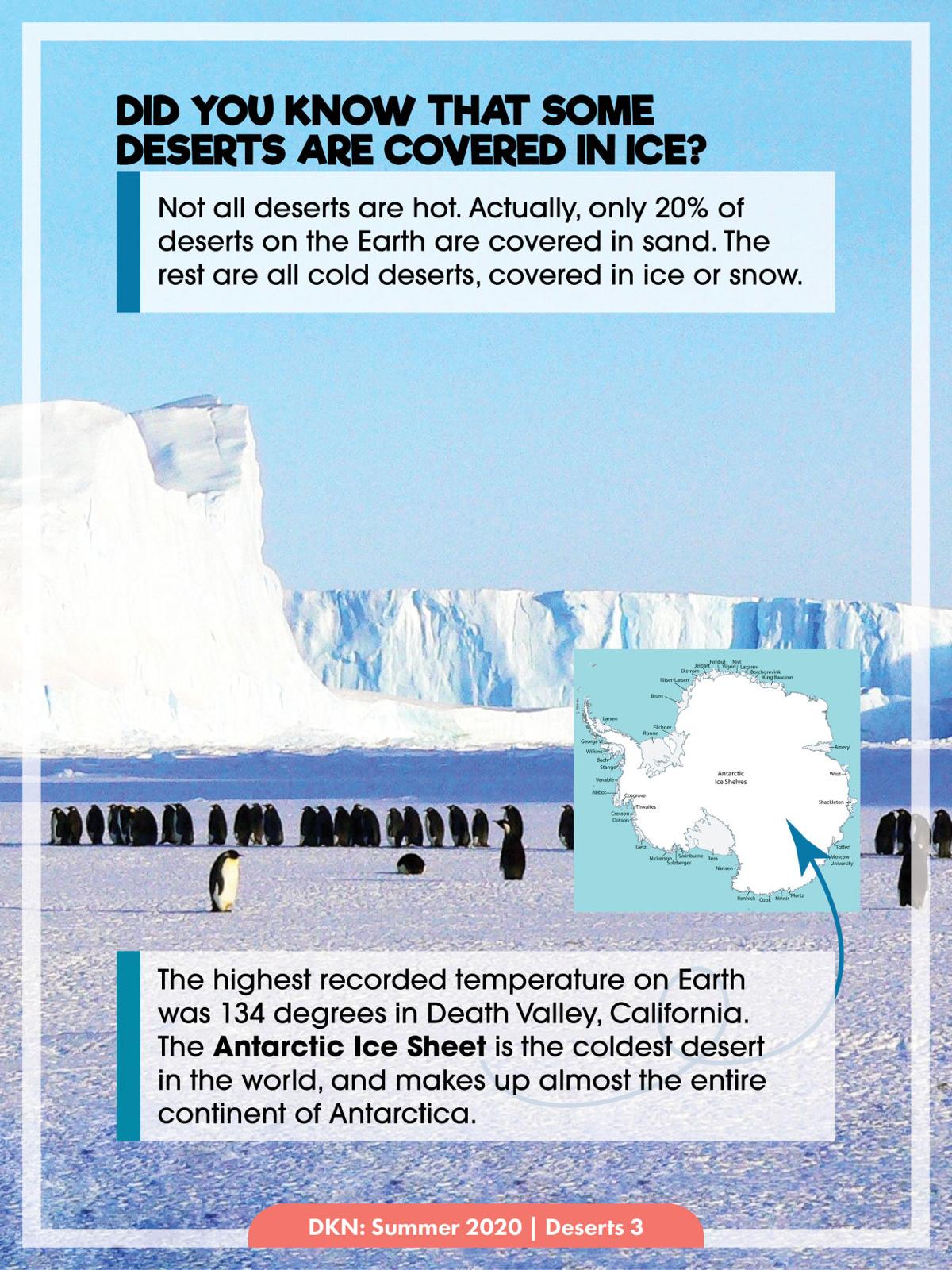 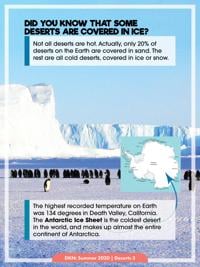 The highest recorded temperature on Earth was 134 degrees in Death Valley, California. The Antarctic Ice Sheet is the coldest desert in the world, and makes up almost the entire continent of Antarctica.

Fun facts about the desert: