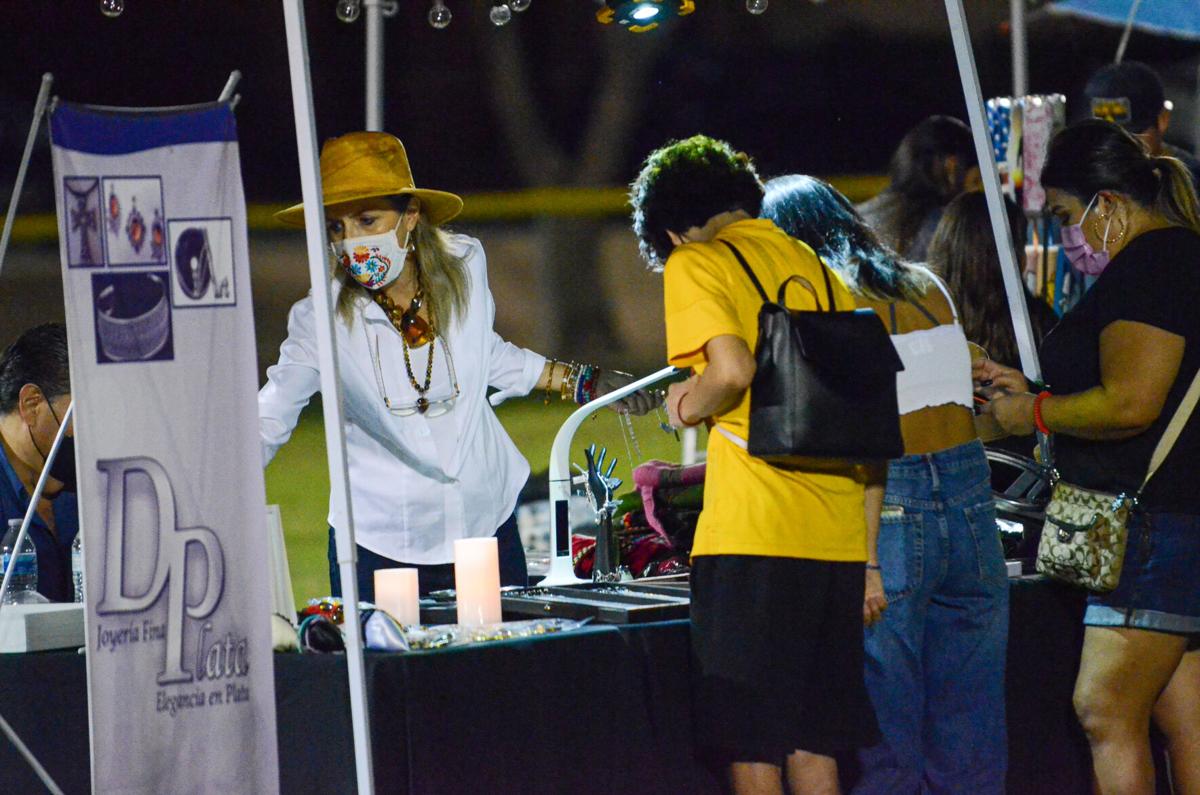 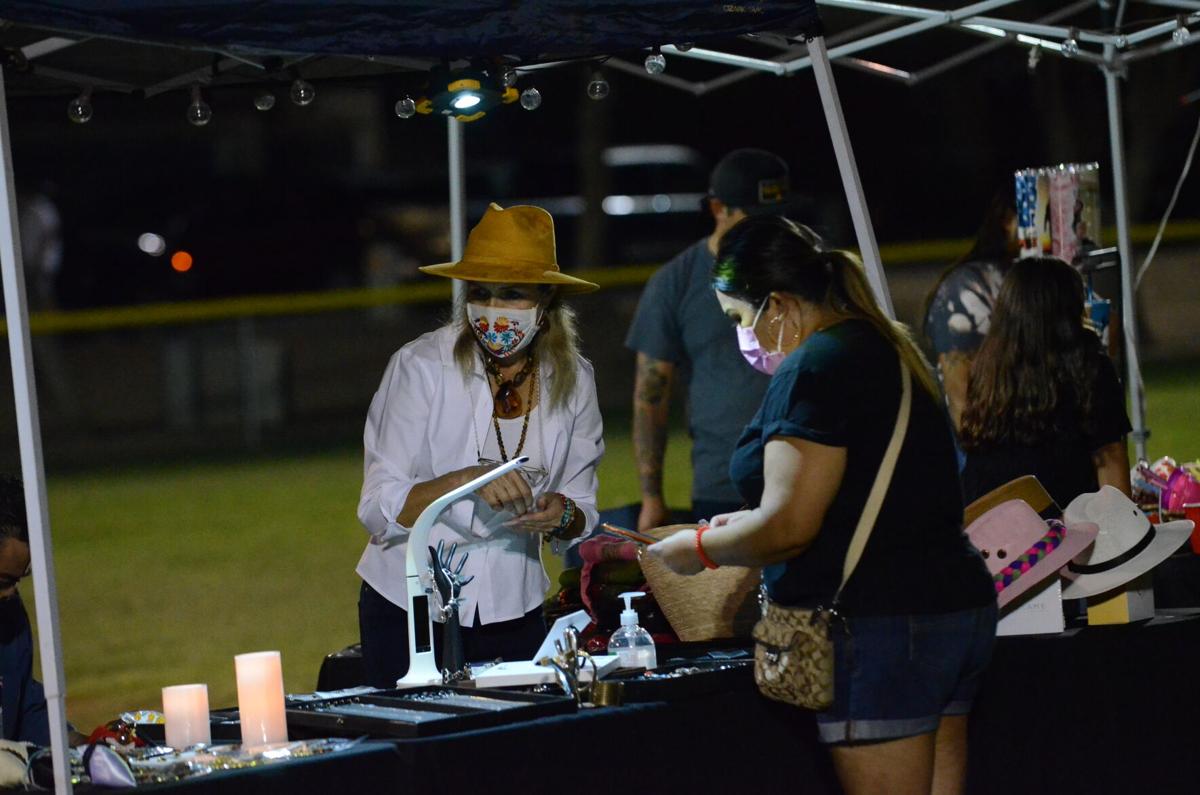 HEBER — Proyecto Heber held its next installation of its Farmers Market at Tito Huerta Park Saturday, Oct. 2, where hundreds of event goers interacted and participated in the evening’s festivities.

“Originally, we started out to help a chess team that had outgrown the school system,” said President and Co-founder of Proyecto Heber, Diana Garcia-Ruiz. “Some kids required assistance with more than just travel, like clothing for example, so we decided to call it Proyecto Heber instead of the Heber Chess Club.”

According to organizers, the goal with the program is to give the community a better name.

“These farmers markets are held to bring the community together and to bring other people into Heber to show how Heber has grown and how much we have developed,” said Garcia-Ruiz.

Roughly 20 vendors and food trucks filled up the park in the softball field area. People from all over the Valley were in attendance, taking part in the various treats such as carne asada tacos, buffalo cheese fries, snow cones, and Mexican style corn to name a few.

As for the vendors, many specialty items like bracelets, jewelry, hats, and accessories were available. Certain snack and food items were also sold separately from the meal trucks.

As per Proyecto Heber, other than vendor permit costs, no additional fees were included. Vendors just needed to sign up and come. Heber Public Utility District provided the park location and lights for free.

As per Garcia-Ruiz, 20 of 30 registered vendors showed up.

“At first, the County only allowed 10 vendors and now it’s unlimited,” said Garcia-Ruiz.

Within a couple hours, many vendors had packed up and left because they had already sold out of merchandise.

“For the moment, we’re glad to see so many community members out here and participating in the raffles, meals, and socializing,” said Olivia Delgado, co-founder of Proyecto Heber.

The vendors also donated gifts to raffle off such as candles, gift cards, and food.

“Come and support your small business because some of them are really struggling,” added Garcia-Ruiz.

One of the night’s biggest hits was the stand of Chiqui Antojos, a small business based out of Calexico the specializes in manzanas locas, mangos locos, chili gummies, and rim-dips.

“My business has been open for one year,” said Aissa Rodriguez, owner of Chiqui Antojos. “We are doing very well tonight. I was a bit nervous coming into tonight because since it’s food, it’s a hit or miss.”

The fan favorite were the mangos and green apples drizzled with homemade chamoy, Chaka Chaka candy, skwinkles, and serpentines.

Chiqui Antojos, like many new small businesses, is an Instagram-based business and can be accessed at chiqui_antojos on Instagram.

Another Calexico-based vendor that drew a big crowd was Asha Glow and D Plata Jewelry.

“Our company specializes in stones and crystals,” said Mark Spooner co-founder of Asha Glow. “We also have another side of the business that specializes in silver. Since we are a new company, our anticipation coming in was not really knowing what to expect. This is actually only our third event as a company. We’ve done very well here tonight. People here in the Valley are beginning to develop an interest in our rocks and stones. We actually sold out of the rose quartz within the first 15-20 transactions we rang up. Another stone that is gaining popularity is the amazonite. We offer over 20 different types of stones and crystals. We do online only and deliver throughout the Valley. We can be contacted asha.glow (on Instagram).”

“All proceeds were solely for vendor revenue,” said Garcia-Ruiz.

As per organizers, Proyecto Heber is slated to continue with the Farmers Market schedule Saturday, Oct. 30, with the program’s car show.