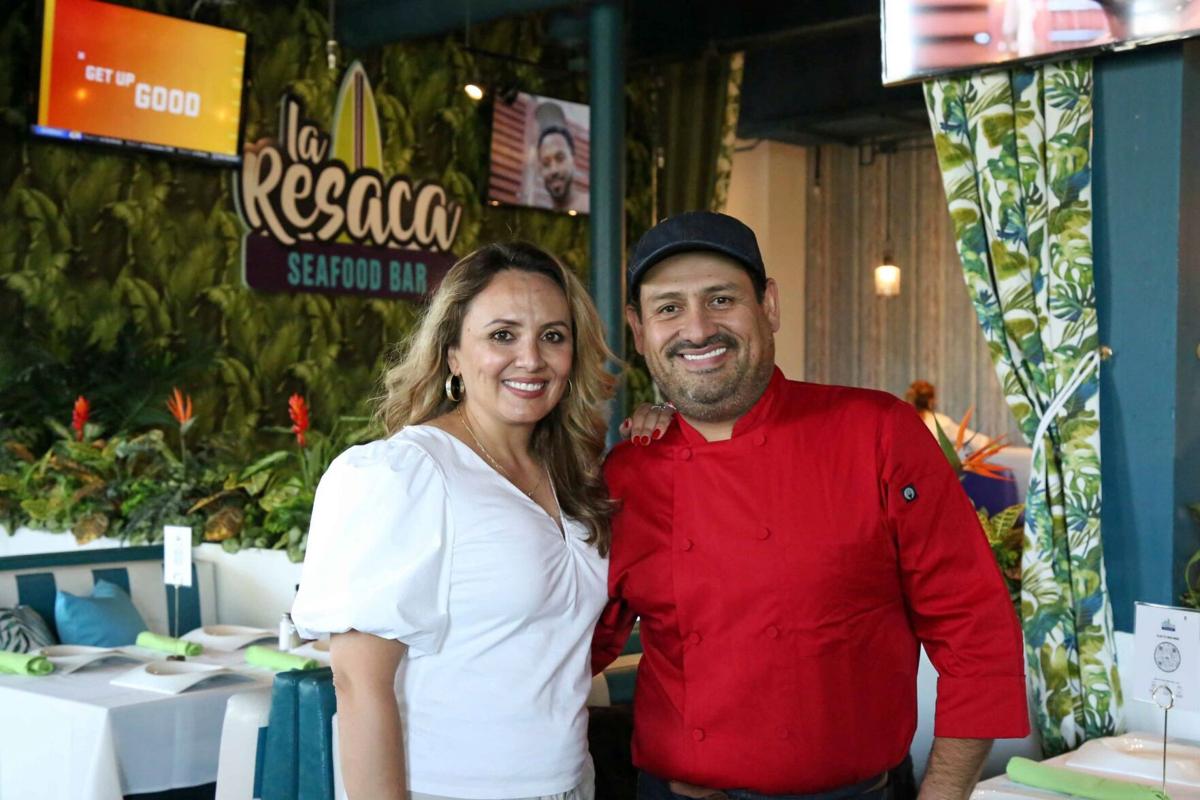 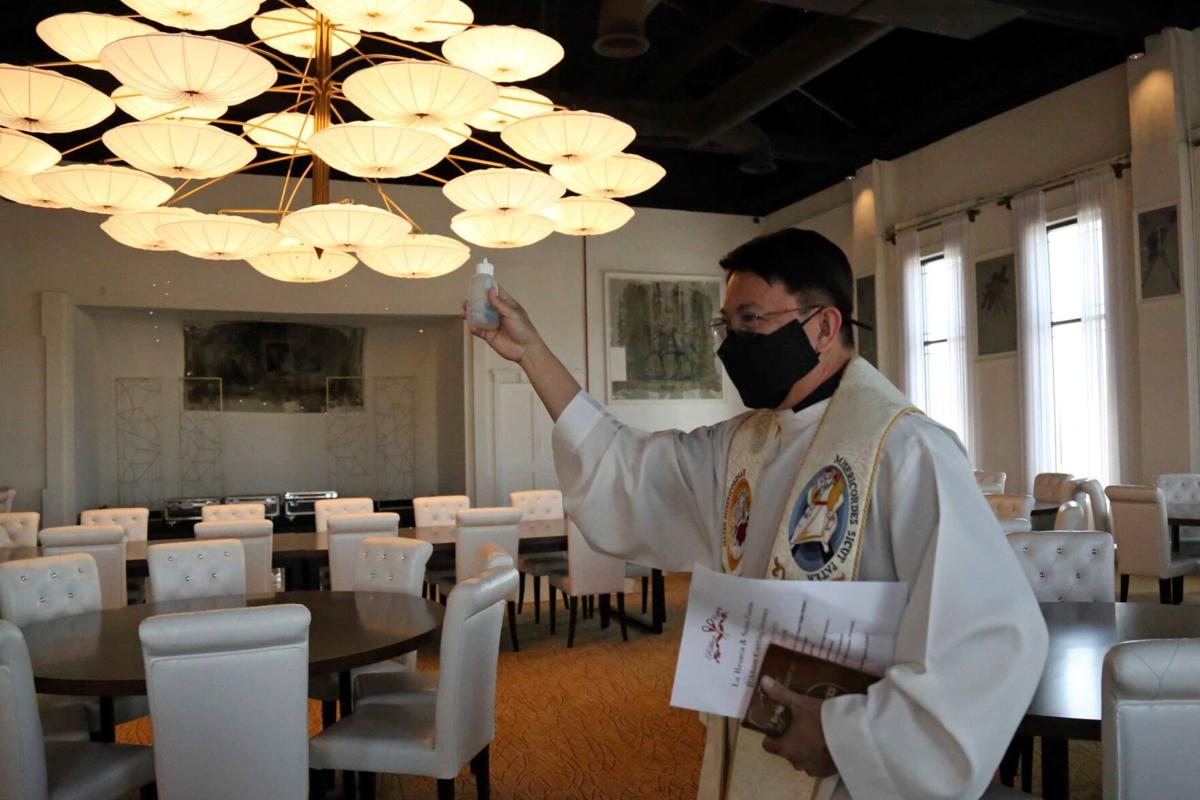 EL CENTRO — La Resaca and Sonora Fusion restaurants opened for business Wednesday, May 19, and celebrated their first day with a ceremonial ribbon cutting, which was attended by elected officials, business owners, and guests.

Anne Irigoyen, president of the Board of Directors of the El Centro Chamber of Commerce and Visitors Bureau, acted as master of ceremonies and introduced speakers and dignitaries.

“Transformational,” said El Centro Mayor Cheryl Viegas-Walker. Then she asked the guests, “How many of us have watched for decades, envisioning of what this building can potentially become and what it could do for our downtown? Just raise your hands.” Many of the guests did.

The Masonic Temple, a three-floor historic building consisting of restaurants, event centers, and corporate offices, sat unoccupied for many decades at the corner of West State St. and South 6th St. in El Centro.

“It is a tremendous amount of joy, together with all of you, to celebrate the opening of this amazing business. And I’m wishing you all the success and thank all of you for your vision,” said Viegas-Walker to the owners.

“Thank you for coming,” said Diana Nuricumbo, restaurateur of the family-owned restaurant together with her husband and Executive Chef David Nuricumbo. “This was a project that took five years to do since we first purchased the building.” According to Nuricumbo, the project involved working with the bank, engineers, city officials, and local businesses. She expressed gratitude to those involved because it was a team effort.

“Hopefully, this is the beginning of a beautiful downtown,” said Nuricumbo.

“Thank you for all who assisted us in this venture,” said David Nuricumbo, the executive chef and husband of Diana Nuricumbo. David, who spoke in Spanish, welcomed and thanked the guests. The husband-and-wife team ventured into the restaurant business the same year they got married in 2004.

The Reverend Dan Nuñez, associate pastor, Saint Mary’s Catholic Church, delivered a message from the Book of Genesis and gave a blessing for the occasion.

David and Diana Nuricumbo, city officials, and chamber officers gathered in front of the entrance for photo opportunities prior to the cutting of the red ribbon — that symbolized the opening of the restaurants.

Guests were given a guided tour of La Resaca restaurant — specializing in Mexican style seafood. Inside the building, east of La Resaca, is a steakhouse called Sonora Fusion.

Between these restaurants are stairs that lead to the second floor. On both sides of the stairs are black and white photos of historic buildings. The Loft, that faces 6th street, is an event center designed for special occasions such as quinceñeras, weddings, and corporate events. The centerpiece of The Loft is a set of multiple lit umbrellas hanging from the ceiling that serves as the main source of illumination.

East of The Loft facing State St. is The Vineyard with a rustic ambience. Both event centers are provided with full catering service.

“We hired 65 new employees,” said Diana Nuricumbo. “And we have retained the 18 employees from our former restaurant located on Imperial Avenue and Broadway Street.” That is a total of 83 staff, all cross-trained, to serve at different areas of the restaurants, according to Diana Nuricumbo.

With help from Director JB Hamby, Imperial Irrigation District Board of Directors, Division 2, Diana Nuricumbo got a historical narrative of the Masonic Temple.

A bronze plaque at the corner of the building, near the entrance, has the inscription: “Masonic Temple A.D. 1912.”

For several decades, the Masonic Temple was unoccupied and became a haven for doves and homeless people seeking refuge.

According to Nuricumbo, the opening of La Resaca and Sonora Fusion restaurants is something great for downtown El Centro. “It is special to see the building brought back to life.”