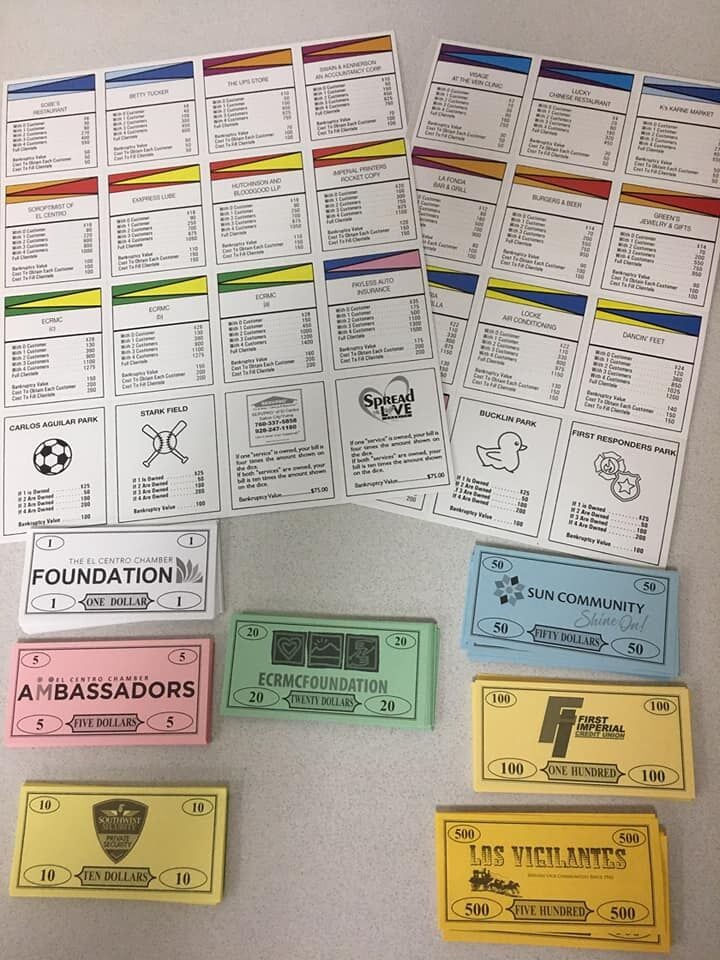 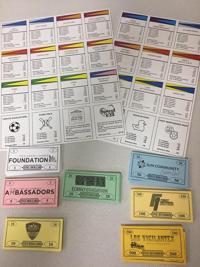 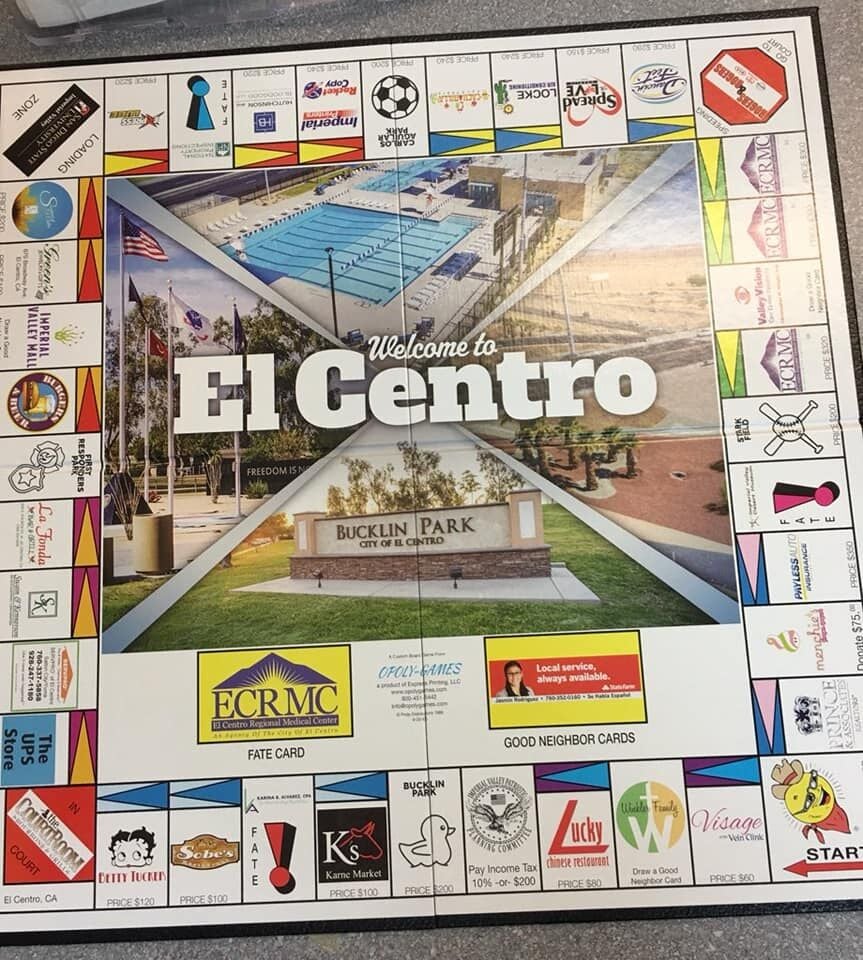 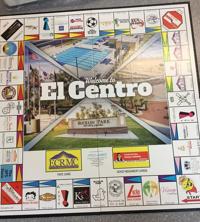 The El Centro-Opoly game board showcases local businesses and other entities of El Centro throughout players' gameplay.

The El Centro-Opoly game board showcases local businesses and other entities of El Centro throughout players' gameplay.

EL CENTRO — Families and friends can now play the new and exclusive El Centro-Opoly, a localized spinoff of the classic Monopoly board game that was recently created by the El Centro Chamber of Commerce as a way to promote local businesses “in a fun and entertaining way.”

“He researched and found this company that does these ‘-Opoly’ games for cities and I said, 'I think it's brilliant,'” Irigoyen said. “I even bought some for my daughter's dance studio and we gave those as gifts to all the (dance) teachers.”

Irigoyen said the Chamber sold each square on the game board to local businesses looking to get in on the game-play action of the El Centro-Opoly real estate.

Irigoyen said initial concerns about soliciting paid advertisements during a rough economic landscape faded away due to the community fully embracing the board game idea, with various businesses buying the game board property spaces and the City springing for the largest, center board spot to show off some of El Centro’s landscapes.

The game’s rules are similar to classic Monopoly with some exceptions, including the green house game pieces being called “customers” and red hotel pieces being called “clientele;” players receiving $300 play money rather than $200 for passing El Centro’s smiling sun man logo on “Go;” and “jail” being replaced by The Courtroom restaurant.

“(Our members) thought having a game that you can play with your family that talks about the business that you frequent was great,” Irigoyen said. “Within two and a half weeks every single spot on the board was sold. They loved the idea.”

Irigoyen resonates with her own board-gaming family because “it's not only a distraction from some of the more sobering events that are happening in our community,” but it's also “a reminder of how resilient we are as a business community.”

Locals and former locals who were asked if they’ve heard of the game or are looking into purchasing one showed either an interest or had already heard the buzz about El Centro-Opoly.

“I was actually going to buy the game soon because I wanted to check it out myself,” El Centro Mayor Pro-Tem, Tomas Oliva, said. “I'm curious to see what spots they chose for those various properties. Seems fun.”

“Funny enough; my cousin who I game with sent us a picture this morning of the game,” said avid game board player and El Centro resident Francisco Cabrera. “If we play it, it's going to be just because of the theme,” he said.

Irigoyen said while the game piece tokens are normal plastic pieces, the Chamber may look into creating custom game tokens in the future to keep the El Centro aesthetic and further enable more businesses or interested individuals a chance to be part of the board game.

Irigoyen also said word of the game has spread through social media to El Centro’s winter visitors throughout other parts of the US and Canada.

Though it might seem like just a board game to some, Irigoyen said the budding success of the El Centro-Opoly game is a testament to the resilience of the Imperial Valley, particularly El Centro’s local business community.

“There have been some losses (amid the pandemic) as far as businesses go, but overall, I think we've done an amazing job supporting each other through it,” she said. “We've proved we can survive anything.”

The El Centro Chamber is continuing to accept orders for the limited edition El Centro-Opoly board game locally, and throughout the US and Canada for an additional shipping fee. Cost for the board game is $35 and proceeds go to supporting the Chamber and its local business members.

Interested gamers can order the limited-edition game by telephone at (760) 352-3681, by purchasing it in person at the Chamber office located at 1095 S. 4th Street in El Centro during business hours, or by messaging the Chamber’s Facebook page online at El Centro Chamber.