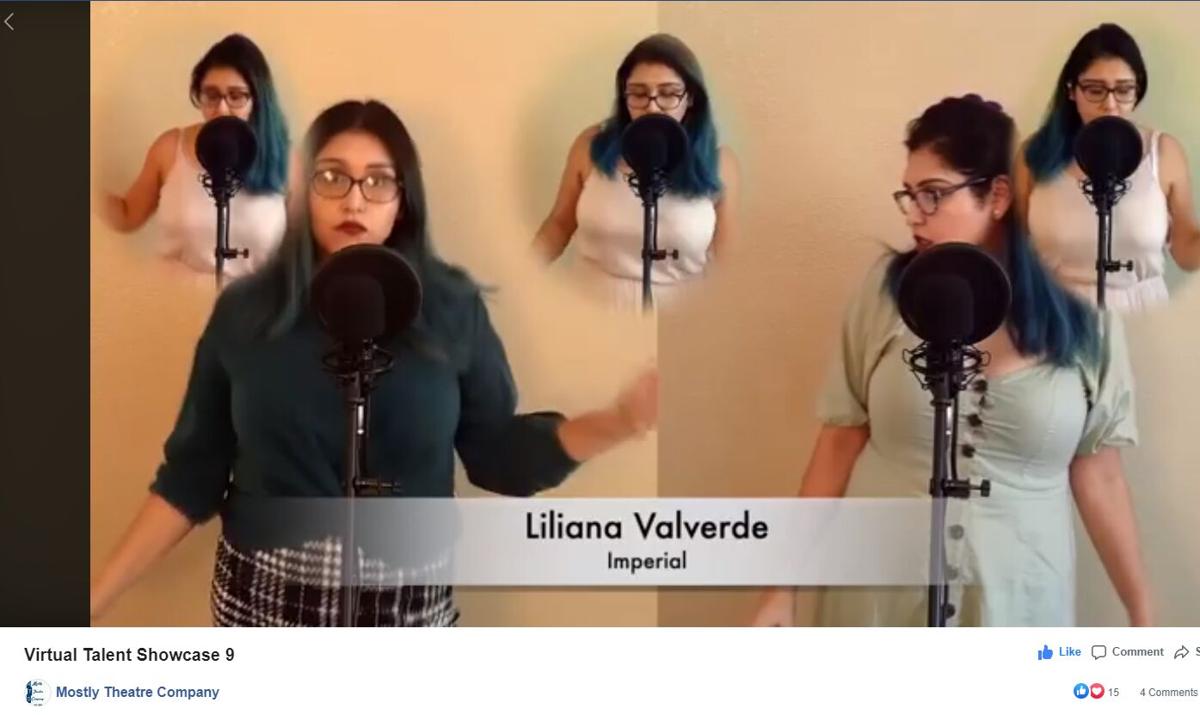 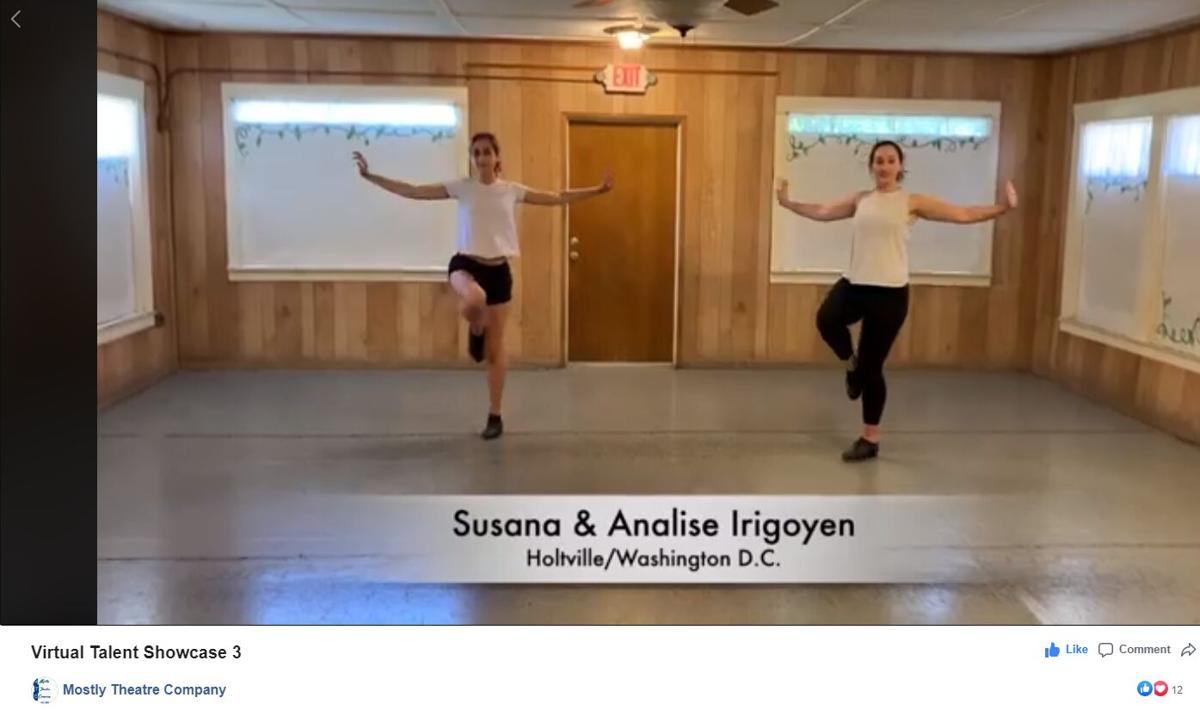 Susana and Analise Irigoyen perform a dance to "My Shot" from the musical "Hamilton" as part of Mostly Theatre Company's Virtual Talent Showcase Saturday, August 1. 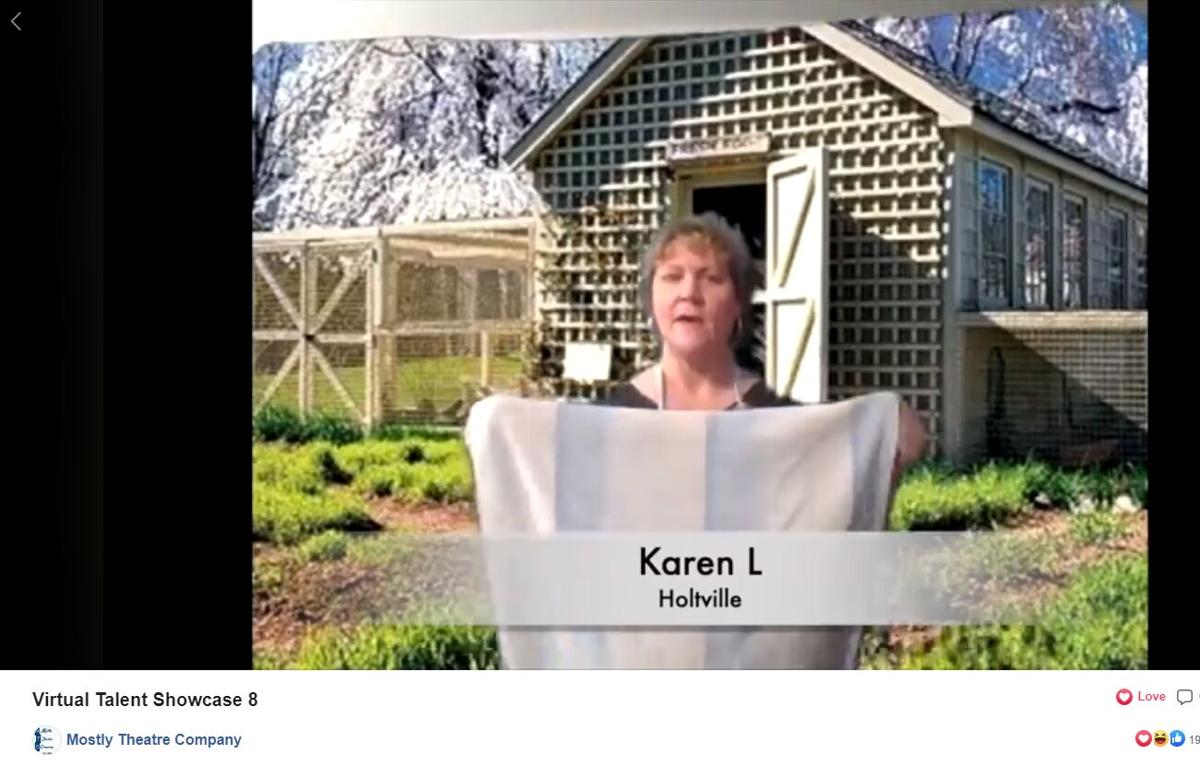 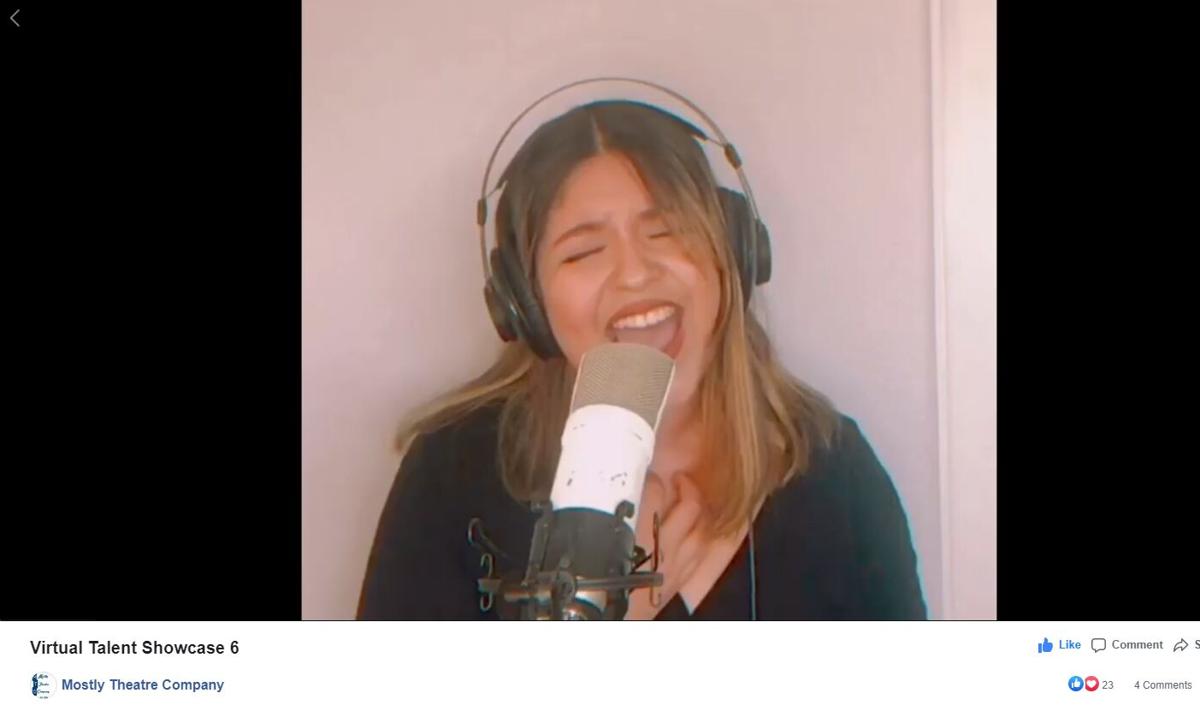 Sixteen-year-old Imperial resident Deonne Trujillo belts out a long note during her rendition of "Home" from "Beetlejuice the Musical" as part of Mostly Theatre Company's Virtual Talent Showcase.

Susana and Analise Irigoyen perform a dance to "My Shot" from the musical "Hamilton" as part of Mostly Theatre Company's Virtual Talent Showcase Saturday, August 1.

Sixteen-year-old Imperial resident Deonne Trujillo belts out a long note during her rendition of "Home" from "Beetlejuice the Musical" as part of Mostly Theatre Company's Virtual Talent Showcase.

That was just one small piece of dialogue from the mix of dulcet, Disney-like vocal tones and spoken word of sure- to- be- future- star, 16-year-old Deonne Trujillo, as she sang her heart out as part of Mostly Theatre Company’s Virtual Talent Showcase.

Normally during non-pandemic times, Mostly Theatre Company (MTC) would offer courses in music, theatre, and dance before putting on a production at the end of their camps, Vogel said.

“I don’t know if you guys know this, but we have a lot of talent, a lot of creativity in this Valley. It starts here and it spreads wide,” Vogel said.

Vogel said participants from the Imperial Valley sent in submissions not just from around El Centro and the Valley, but also some from San Diego, Los Angeles, and Washington, D.C.

“That's one of the goals for MTC too, is to tap into that talent and really help that grow,” said Rudy Robles, MTC board member.

Because it was not a typical Summer Arts Camp event, MTC opened up submissions of talent to all ages.

While Vogel and Robles said the Virtual Talent Showcase was a learning experience, they also said it was well received by the online community as noted by the positive feedback on Facebook.

“I'm looking forward to seeing what we can do now from everything we've learned now from this production and how we can apply it to any other future productions that we may take on,” Robles said.

Though the event was originally going to be a live streamed, the technical difficulties which arose helped the event, participants said, as the uploaded videos made it easier to share their performance with friends and family online and through Facebook.

“I think it went well. I saw everybody’s performances and I loved all of it,” said Holtville resident and event participant Liliana Valverde.

“It's an oddly rewarding thing because when you're doing it, during the (editing) process, it's like the most stressful part of the day but once it's done it's amazing,” she said.

Valverde, who is a married mother of two children, said it was an opportunity for her to do something with other people and “try to reach that creative side of ourselves since we’re just indoors doing nothing” during COVID quarantine.

“Come check them out,” Valverde said. “It’s something different that’s more uplifting than it is depressing. We’re not Hollywood but we’ve got our own little thing going.”

All nine of the Virtual Talent Showcase submissions can be found on Mostly Theatre Company’s Facebook page at facebook.com/MostlyTheatreCompany/.