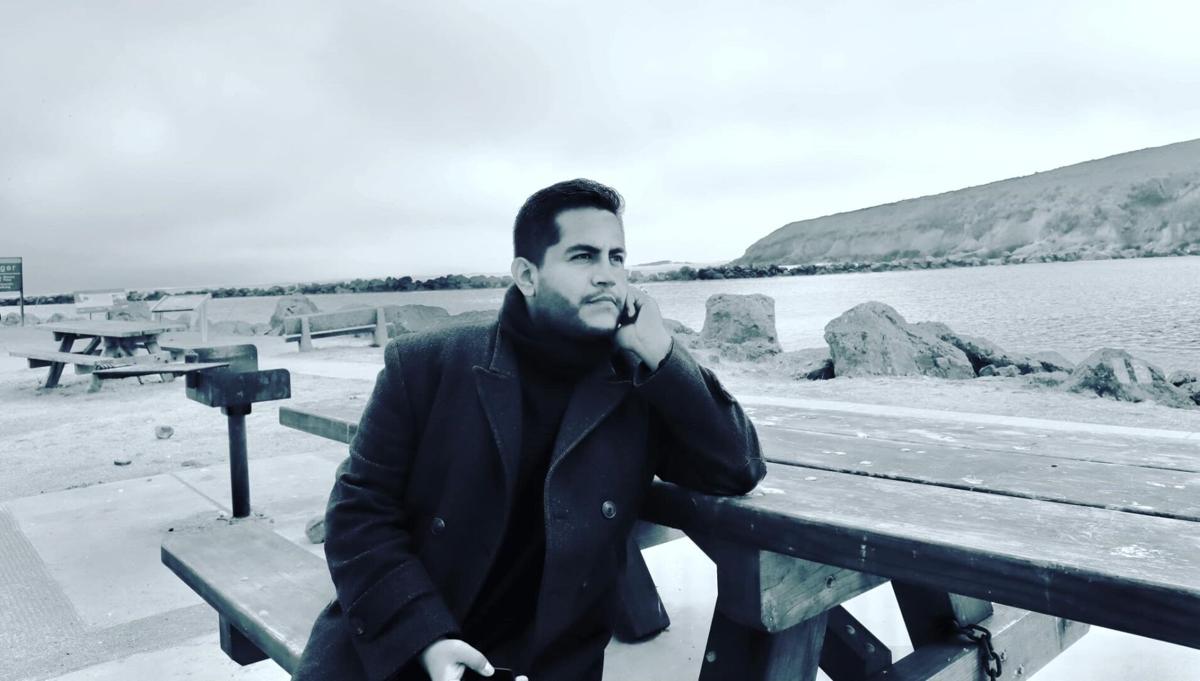 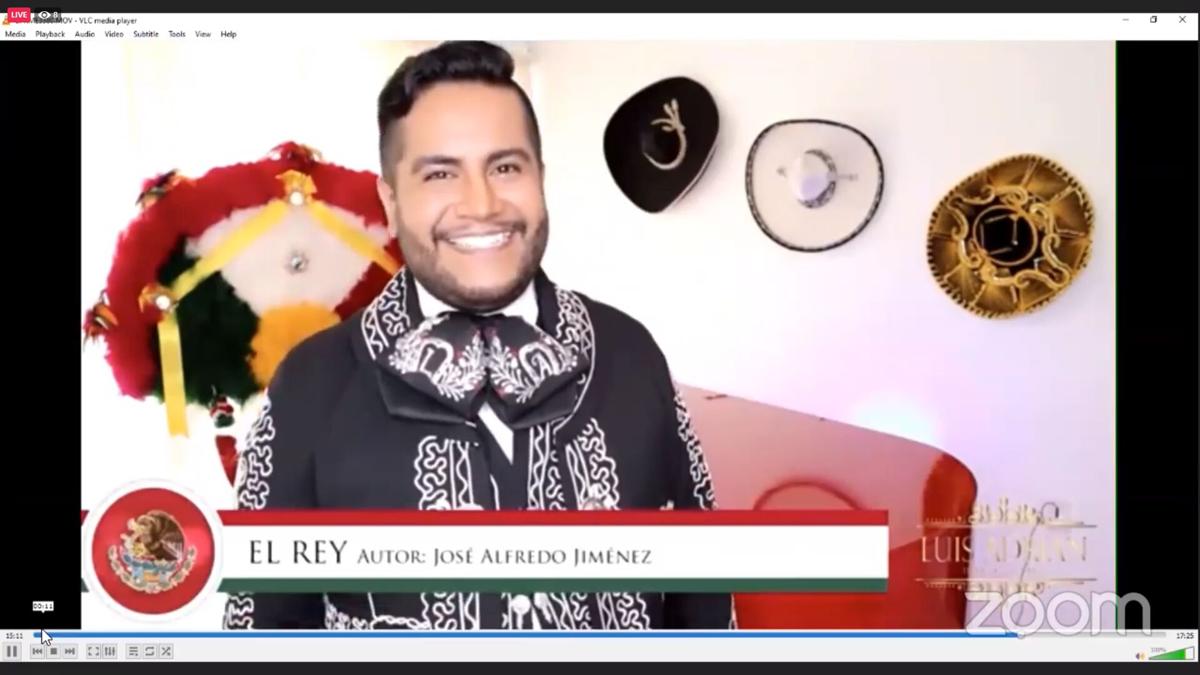 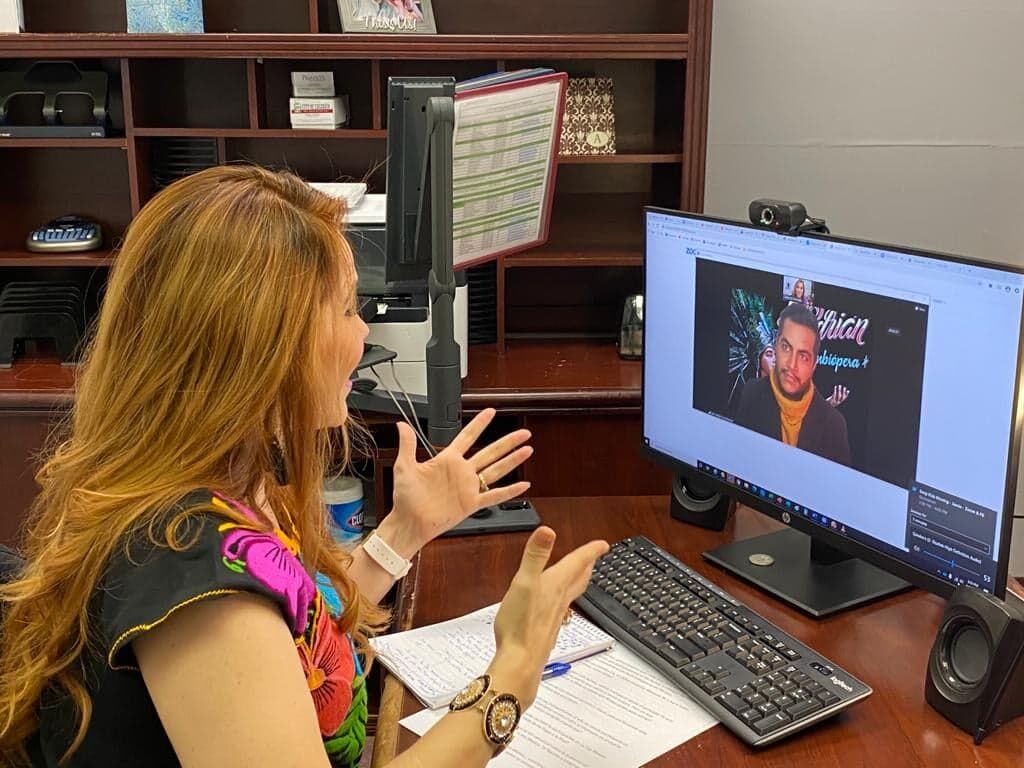 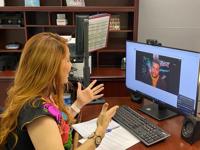 CALEXICO — With a full mariachi traje and large smile on his face, Luis Adrián, 2017 winner of the national Mexican talent show La Vóz, serenaded the people of Calexico and the Imperial Valley on Thursday, September 24.

Adrián sang and was interviewed via Zoom as part of the Celebrando las Fiestas Juntos event, held live via Facebook by the City of Calexico’s Recreation Department, as part of Mexican Independence Day Fiestas Patrias celebrations in Mexico as well as Hispanic Heritage month in the United States, according to a press release and Recreation Manager Norma Gerardo.

Gerardo said recreation must be creative during the pandemic as not being able to gather in-person has limited their offerings.

“It's important for the community to keep busy, keep active, keep socializing and that way getting out of COVID won't be as hard from being completely isolated at home,” she said. “So, if there is any way we can collaborate with other entities or with people across the border, why not?”

Gerardo said although La Vóz México — the Mexican equivalent of the US television show The Voice — is aired in Mexico, many people in Calexico follow the show as well as other Mexican programming.

“We cannot deny or overlook the population that the Imperial Valley has; Mexican culture is very strong here. We share the same population,” she said.

“We are a sister city with Mexicali so a vast majority of the population is of Mexican heritage so it is just appropriate to have these kinds of programs to remind the new generations of the culture that we share,” Gerardo said. “We are one.”

“I am sure there is local talent that might want to showcase their talent through our (Carmen Durazo) Cultural Arts Center and opening up this opportunity for local people to have an open mic and we can broadcast them live,” she said. “So yes, we would like to continue doing some kind of virtual programming, interviewing, and/or mini concerts in this way.”

Adrián talked about his humble beginnings singing in his home in Oaxaca, Mexico, the struggles he had trying to be accepted onto the La Vóz show, his rise to stardom, lessons he’s learned on his journey, and projects he has coming up in the near future.

Adrian also said he has more concerts in the works including concerts stateside in San Francisco, Los Angeles, Santa Cruz, and San Diego as well as other musical projects where he is collaborating with international artists and a fellow reality show winner.

He said he created the videos of him singing for the Calexico Recreation event "with lots of love and affection" and thanked Gerardo and the City of Calexico for the invitation to perform in the event, getting visibly emotional in some of the songs as he sang them.

"Bravo Luis Adrián," one viewer commented on the Facebook video. "Your voice is marvelous, and you are a great human being," she said. "I am your number one fan."

"Congratulations Luis A.," wrote another viewer. "Keep it going with that great voice and elevate Mexico. Blessings," she said.