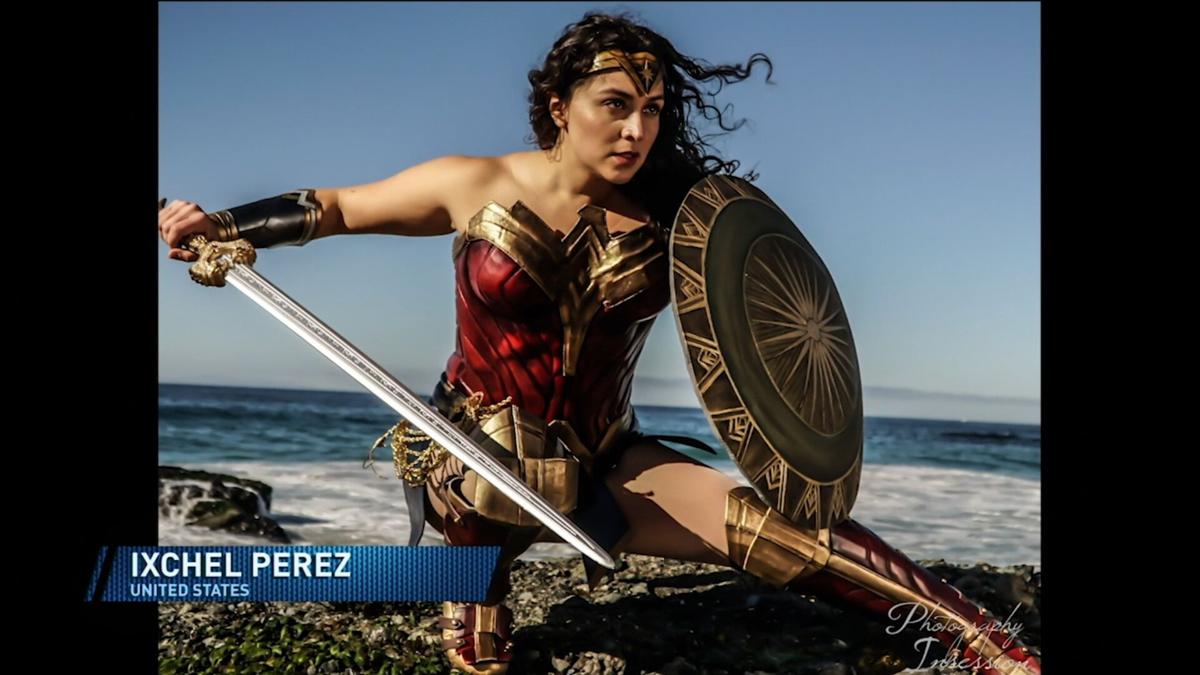 The cast and director of the upcoming Wonder Woman 1984 participate in a virtual game of "Werewolf," dubbed "Werewolf 1984" at DC FanDome Saturday, August 22.

Director Matt Reeves discusses his latest installment in the Batman film franchise during the virtual panel for 2021's The Batman, starring Robert Pattinson as the Dark Knight.

The cast and director of Wonder Woman 1984 are joined by original Wonder Woman Lynda Carter (center) during the WW84 panel at DC FanDome.

The cast and director of the upcoming Wonder Woman 1984 participate in a virtual game of "Werewolf," dubbed "Werewolf 1984" at DC FanDome Saturday, August 22.

Director Matt Reeves discusses his latest installment in the Batman film franchise during the virtual panel for 2021's The Batman, starring Robert Pattinson as the Dark Knight.

The cast and director of Wonder Woman 1984 are joined by original Wonder Woman Lynda Carter (center) during the WW84 panel at DC FanDome.

One of the many companies and longtime presence at San Diego Comic-Con is DC Comics. As a response to San Diego Comic-Con’s physical event cancellation, Warner Bros. and DC hosted a DC-themed virtual convention called DC FanDome Saturday, August 22.

The virtual 24-hour-long event went live on its online website. No lines were necessary, no tickets were needed, and there were no panel rooms packed with fans. All that was needed was a computer screen, smart phone, or tablet, completely free of charge and available to all DC Comics fans and audiences from all over the globe.

DC FanDome allowed fans to see new announcements and trailers for various upcoming DC films, TV shows, video games, and comic books. The event also presented virtual panels featuring interviews from the cast and creators of the variety of upcoming DC projects from TV shows such as The Flash and Titans, to films like The Batman and Wonder Woman 1984.

For fans who missed a panel, or announcement, DC FanDome presented an encore presentation immediately afterward. Encore live streams of the event continued until Sunday, August 23.

Virginia Davila of Imperial was one of the millions of fans who tuned in live for DC FanDome. Davila enjoyed the virtual convention and praised the efforts of DC Comics and Warner Bros. in creating the global experience for the fans at home during these difficult times.

"I’m very proud of DC for putting this together for fans, especially after the months where we’ve had of no cons, movie theaters, etc.," said Davila. "The experience was fangirl worthy."

According to Davila, what impressed her the most was the way DC integrated the fans throughout the virtual con.

Ixchel Perez of Los Angeles also tuned in to the virtual event. According to Perez, she has been a longtime DC fan going back to her youth starting with Batman: The Animated Series.

Perez has been to many conventions like San Diego Comic-Con in the past. Due to the ongoing pandemic, plans to attend this year's con were canceled and like so many others, she had to get used to the new virtual experience.

Perez was not just a fan tuning into the live stream of panels and announcements. Her Wonder Woman cosplay was featured in the Wonder Woman 1984 virtual panel. Her cosplay was met with praise from the film's cast and director who commented that she "looked like Gal Gadot's stunt double." For Perez, who is a disabled cosplayer, it was an emotional and gratifying moment. In an Instagram post by Perez, she stated, "In the eyes of the world, my disability is always the most prevalent thing about me. Yet before Gal Gadot and the entire cast of Wonder Woman 1984, I was a hero. This is proof that cosplay can transform anyone into whatever hero they want to be."

Perez stated DC created a unique and revolutionary experience and hopes they carry the torch forward, moving beyond the pandemic.