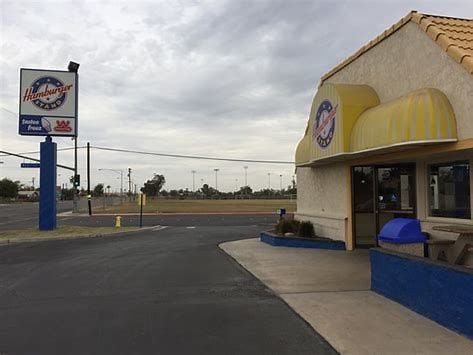 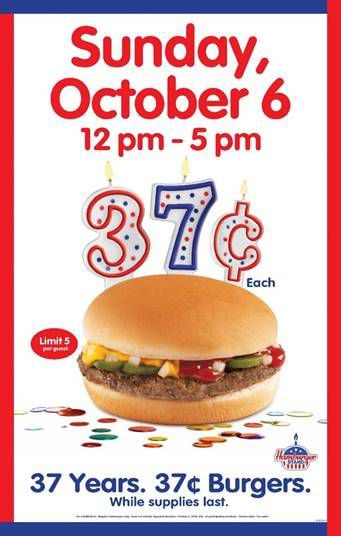 The burger joint invites fans to chow down on 37¢ burgers Sunday, October 6

IRVINE — In 1982, Hamburger Stand opened its doors for the first time in Garden Grove. For the past 37 years, the quintessential burger joint has been serving up juicy burgers, hot dogs, corn dogs, fries and tasty soft-serve creations to loyal fans. To thank guests for 37 great years, Hamburger Stand will be offering 37¢ hamburgers* from 12-5 p.m. Sunday, October 6, at all locations throughout California, Arizona, Colorado and Wyoming, according to a recent Hamburger Stand press release.

“For 37 years, we’ve been serving up tasty memories and are happy to offer this juicy 37¢ burger deal to our loyal fans who have made Hamburger Stand a part of their lives,” said J.R. Galardi, Hamburger Stand president and son of late company founder, John Galardi, in the release. “So, make plans with your friends and family and head to Hamburger Stand on Sunday, October 6 for some good eats and new memories!”

In 1982, Hamburger Stand was founded by John Galardi, the same man who founded Wienerschnitzel, the world’s largest hot dog chain, in 1961. A key player in fast food beginnings with the likes of Glen Bell of Taco Bell and the rise of McDonalds in the 1960s, Galardi was one of the original pioneers of the quick-service food industry. He later added Tastee-Freez soft serve to Hamburger Stand and Wienerschnitzel menus nationwide, per the release.

“My father’s desire to create delicious burgers was why Hamburger Stand was founded and we’re thrilled to continue carrying out his vision,” said J.R. Galardi in the release.

*Please note: The 37¢ hamburger deal is available at all Hamburger Stand locations Sunday, October 6, from 12–5 p.m. Deal valid for regular hamburgers only (no substitutions); limit five per guest, while supplies last. Cheese and tax are extra.