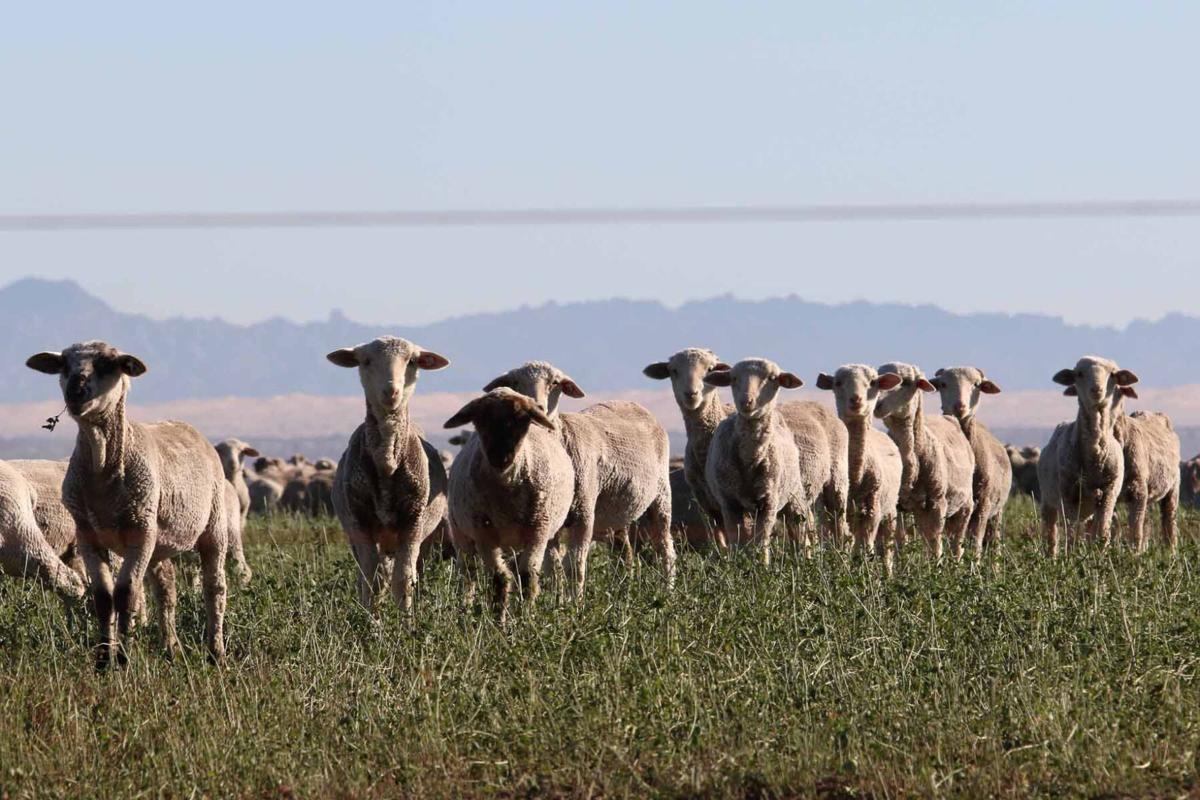 Lambs graze on an alfalfa field between Brawley and Calipatria Friday, Dec. 17. 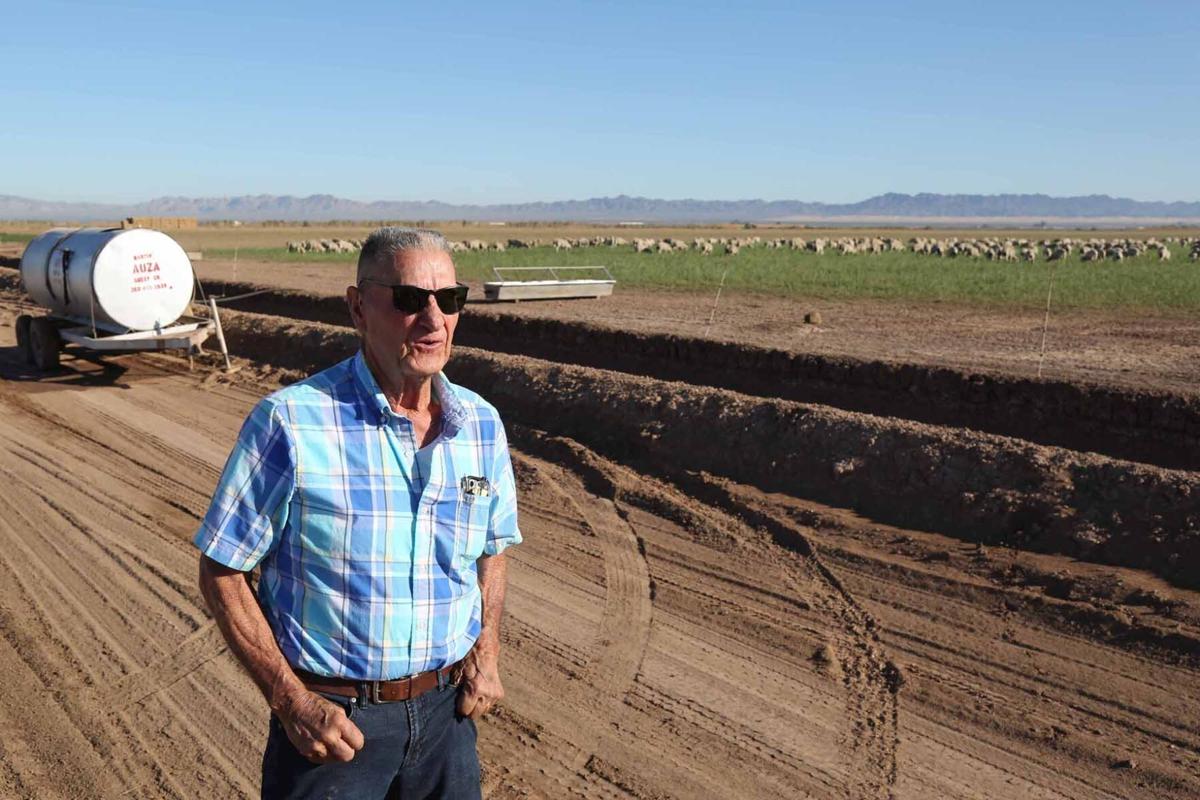 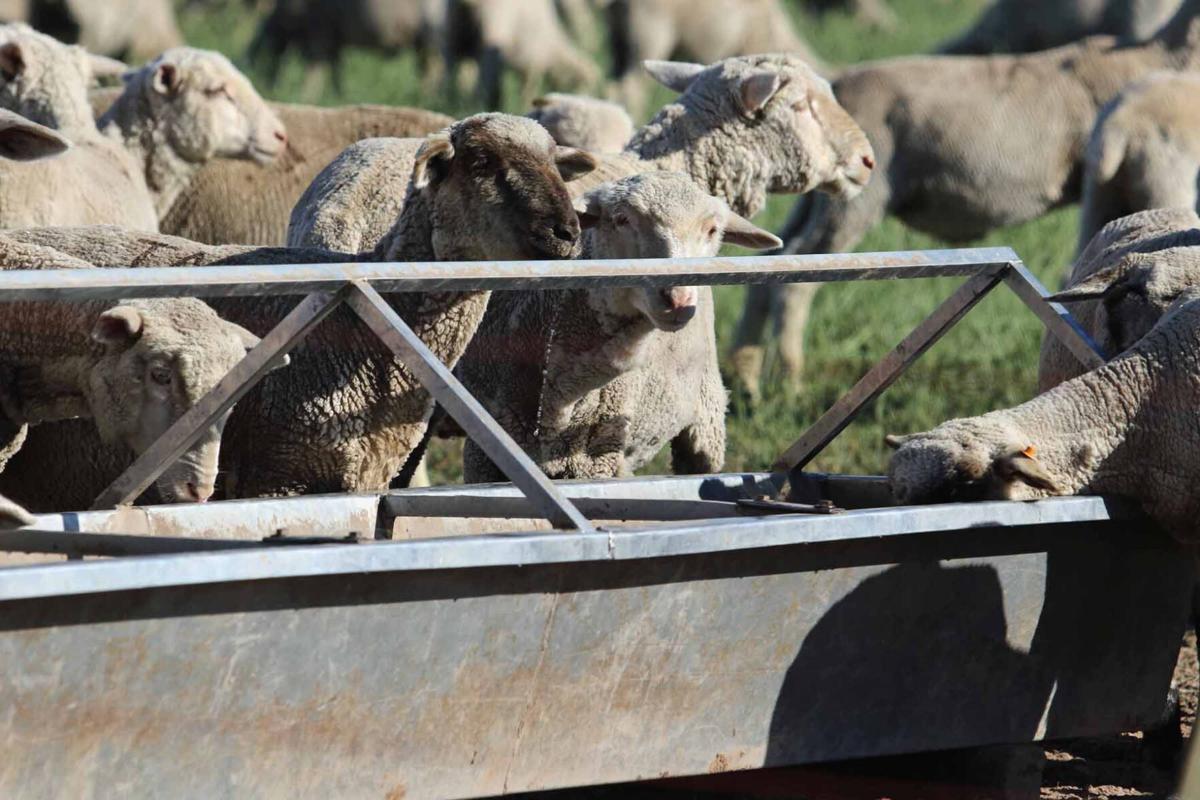 Lambs drink water at an alfalfa field between Brawley and Calipatria Friday, Dec. 17. 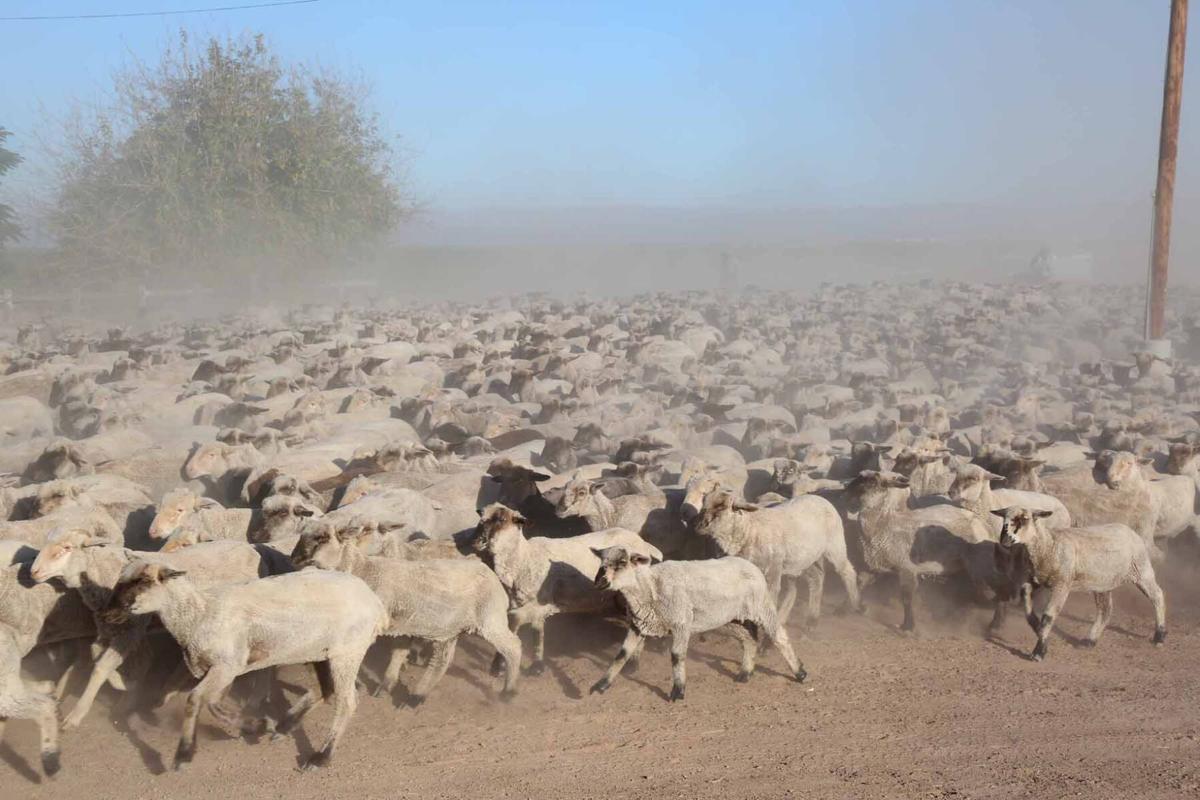 Shepherds herd a band of lambs to another alfalfa field between Brawley and Calipatria Friday, Dec. 17. 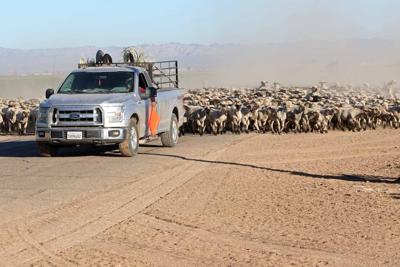 Lambs graze on an alfalfa field between Brawley and Calipatria Friday, Dec. 17.

CALIPATRIA — Sheepherders and their lambs are always moving to greener pastures.

“We follow the weather,” said Martin Auza, owner of the Martin Auza Sheep Co. — a business started by his father over 50 years ago. Auza’s father immigrated from Basque in Spain and settled in the US.

Lambs from Northern California were transported by truck to Imperial Valley to graze the fields from September through April. This is the harvesting season for alfalfa and other produce.

This flock of sheep north of Brawley, having spent 5-7 days grazing on an alfalfa field on Hastain Rd. and Titsworth Rd. east of Calipatria, was now ready to move.

The herders, all from the country of Peru in South America, gathered the sheep to one side of a wire fence next to the road. The wire fence kept the sheep from wandering. It also kept them grazing within the designated pasture area — usually 30-40 acres.

In terms of communication among workers, Spain, Mexico, and Peru have similar languages and therefore can understand each other and interact with local residents, said Auza.

The next destination was an alfalfa field 6.5 miles east, almost near the East Highline Canal. The short trek took the six Peruvian herders about 90 minutes to move 1,900 lambs to their new field. The second band of 1,800 lambs was still grazing the previous field and therefore left behind.

“The sheep herders from Peru are good workers,” said Auza. “They came here to work and earn a living.”

“You have to think like a sheep to make it work for you. They need a lot of attention,” said Auza. “A lot of times, they can’t survive on their own. You have to take care of them and do what is right for them.”

For example, when a lamb flips over on its back, it won’t get up, according to Auza. “You have to help the lamb to get upright. Otherwise, it will stay in the same position until it dies,” he said.

Leading the herd of lambs is a truck driven by a shepherd holding an orange flag. He flips and waves the flag outside the left window. Behind the driver, on the truck bed, was the lead lamb. Immediately walking behind the truck were two lambs with bells on their necks. The herds were trained to recognize and follow the lead lambs.

Other shepherds take both left and right flanks to keep the herd together. Behind is another herder who makes sure that there were no stragglers left behind. A sheep dog, they named Trouble, helped gather the sheep.

The shepherds used a combination of techniques to move the lambs in and out of the fields, according to Auza. They wave a black plastic bag, make birdlike whistles, and move their arms up and down like the flapping wings of birds. They walk and run, always on the lookout for any wandering sheep.

The herd travels on existing roads. Herders usually make room for motorists and farm machinery to go through, but this is not always possible. As a result, drivers have to wait several minutes until the lambs get past them.

At the new location, lambs continue to satisfy their appetite. They roam around the field, grazing the green alfalfa leaves first them come back later to rip and pull the remaining stems.

A lamb, by definition, is a sheep that is 1 year old or less.

“Feeder lambs came from the northwestern states,” said Auza. They were transported to Imperial Valley at 70-90 pounds. They graze in pastures until the lambs reach 120-140 pounds. Then, they are transported to slaughterhouses in Northern California, Colorado, Texas, or Michigan.

Meanwhile, shepherds kept tending the second band until the remaining section of the alfalfa field was completely grazed. Then the shepherds herded the 1,800 lambs to the next green pasture.