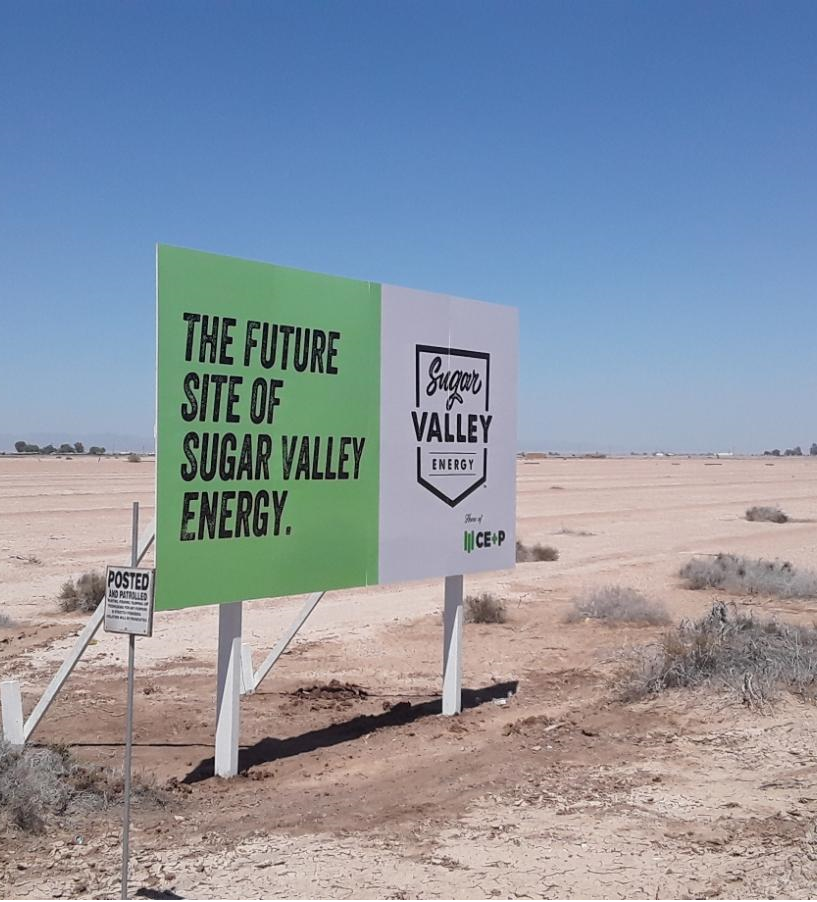 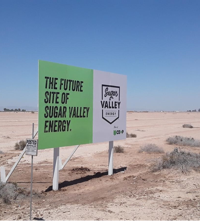 A sign marks the site of the future Sun Valley Energy plant at 136 E. Keystone Road in Brawley. 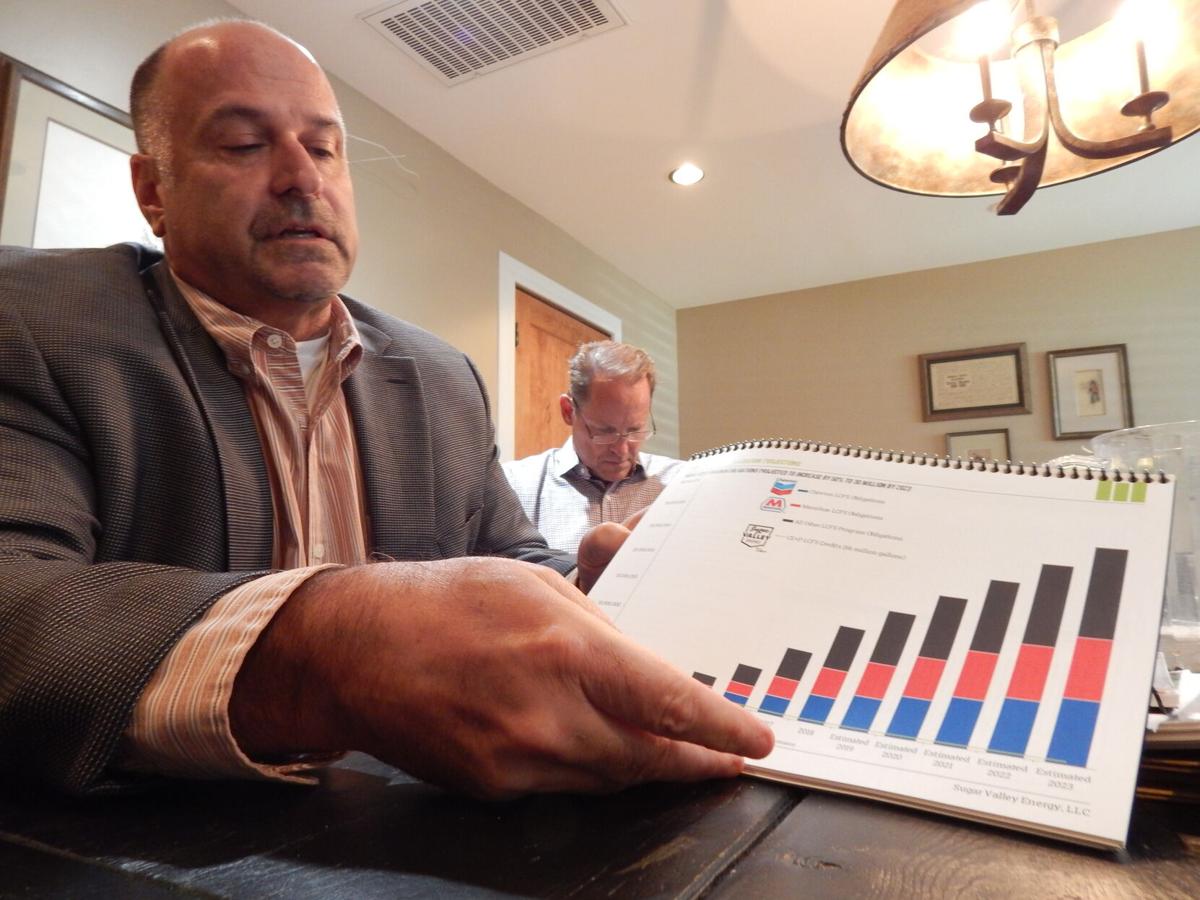 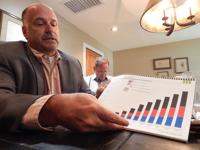 California Ethanol + Power Co-founder, CEO, and President Dave Rubenstein shows a chart about project fuel demand during a meeting at the Stockmen's Club Tuesday, May 25, in Brawley.

An aerial map view shows the spot where the Sugar Valley Energy plant will be constructed in 2021. 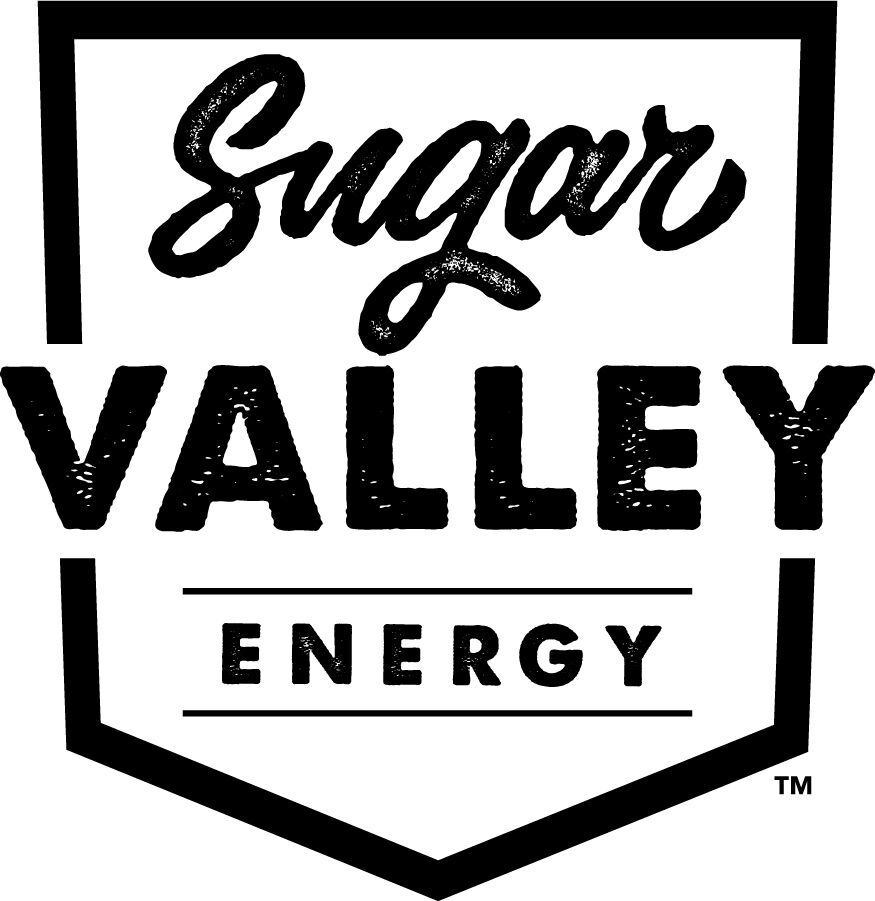 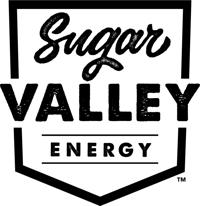 A sign marks the site of the future Sun Valley Energy plant at 136 E. Keystone Road in Brawley.

California Ethanol + Power Co-founder, CEO, and President Dave Rubenstein shows a chart about project fuel demand during a meeting at the Stockmen's Club Tuesday, May 25, in Brawley.

An aerial map view shows the spot where the Sugar Valley Energy plant will be constructed in 2021.

IMPERIAL COUNTY — California Ethanol + Power (CE+P) — the company which has been working to establish Sugar Valley Energy, a green multi-plant campus for locally grown sugarcane-based ethanol, low-carbon biomethane, and wastewater treatment facilities on East Keystone Road in Brawley — announced Tuesday, May 25, that the project has been both verified as green by a third-party reviewer and approved for Green Bond Financing, helping it move forward in hopes to secure financing through green bonds by summer 2021.

The verification for the Green Bond Financing was administered by the International Capital Market Association (ICMA), according to a press release. The bonds are used globally by bond issuers, governments, investors, and the financial markets to “identify investments that genuinely contribute to addressing climate change,” according to the release. Third-party Kestrel Verifiers — an accredited, independent external reviewer — provided second party opinions for the bonds, finding that the bonds are aligned with the Green Bond Principles established by the ICMA.

Sugar Valley Energy represents the first project of its kind to be financed using green bonds while at the same time, the project will provide other regional benefits including a profitable and sustainable crop (sugarcane) for local famers, an increased tax base for the community, and jobs for Imperial County residents.

“We're going to get in the bond market and issue these bonds,” CE+P CEO, President, and Co-founder Dave Rubenstein said.

“It doesn't necessarily carry a lot of pricing weight, but there's a lot of investment funds now that want to be ESG (environmental, social, and governance) certified and put money towards (it) to meet their requirements and what they're looking to do,” he said.

“It's just checking the boxes so that the people that make the investment know that this was looked at and we didn't just look at it ourselves,” Rubenstein said.

"So, we're pretty excited that we got that done, that there's a pretty high demand for ESG investment right now, especially on the environmental side where you have a project like ours that's going to be producing a lot of green fuel,” CE+P Chief Financial Officer Ron Blake said.

"Now that we officially have this green designation on both parts of our project, we think it's good for Imperial County, it's good for the State, and it's going to be exciting for investors to have to invest in our project,” Blake said.

The California Public Finance Authority (CPFA) will be the issuer of both federally taxable and tax-exempt green bonds to support construction of the multi-use Sugar Valley Energy facility.

Blake said the first municipal series of bonds for the power and wastewater portions of the future plant would be about $575 million. The second will be a private placement of taxable bonds, also through CPFA, between $250- to- $300 million to help construct the ethanol plant. The lead investment bank for Sugar Valley Energy is RBC Capital Markets, a division of Royal Bank of Canada.

He said the ethanol portion was verified on the basis of lowering pollution under the pollution control aspect of the green bond while the power and the wastewater portions were verified through renewable electricity and wastewater management.

“Meeting the low carbon intensity requirements of California’s Low Carbon Fuel Standard for the sugarcane ethanol provides verification of the positive impact of the biofuel, and the integrated recycled water and wastewater treatment systems are a particularly innovative aspect of the project,” she said.

Sugar Valley Energy facility will produce 68 million gallons of low-carbon, fuel-grade sugarcane ethanol annually, which, Rubenstein said, the future site’s trucks will use themselves to further reduce emissions. Sugar Valley Energy is designed to help the State achieve a 20-percent reduction of carbon in fuels by 2030.

“It's going to be one of the largest green projects financed this year, if not that largest,” Blake said, “and it's great to see that money coming into the Valley on a project that's been verified by a third party that's well-known and respected in the marketplace.”

Blake said the project has $100 million built into their budget to develop the 50,000 acres which will be locally grown sugarcane from Imperial Valley farmers.

As the project moves to financing, local farmer Stephen Benson — who is also CE+P’s Chief Agricultural Officer in charge of gathering local farmers to supply the future sugarcane crops — said interest in supplying crop for the product keeps growing among the farmers.

“The first round of crops will also be planted too as soon as I have a green light to pay farmers to do the work,” he said.

“It's a five-year crop. The first three years it will just be creating the seed and then the seed will essentially create the next round of crop,” Benson said. “It's a lot of work but it's not as much work as the guys building the plant.”

Blake said one of the next steps in the financing stage is waiting to hear back from a bond rating agency who is currently reviewing CE+P’s information.

“We expect to get a final rating within a month or so,” he said. “Once we get rating on the bonds, we'll be able to market the bonds and the equity at the same time … which puts us into a financial closing sometime in July or August.”

“Once we close on the financing, there'll be some engineering to deal with the months right after we get funded and then we can start working on breaking ground immediately after that,” he said.

"We believe this is a model project for California and North America,” Rubenstein said.

The Sugar Valley Energy site is located at 136 E. Keystone Road in Brawley.