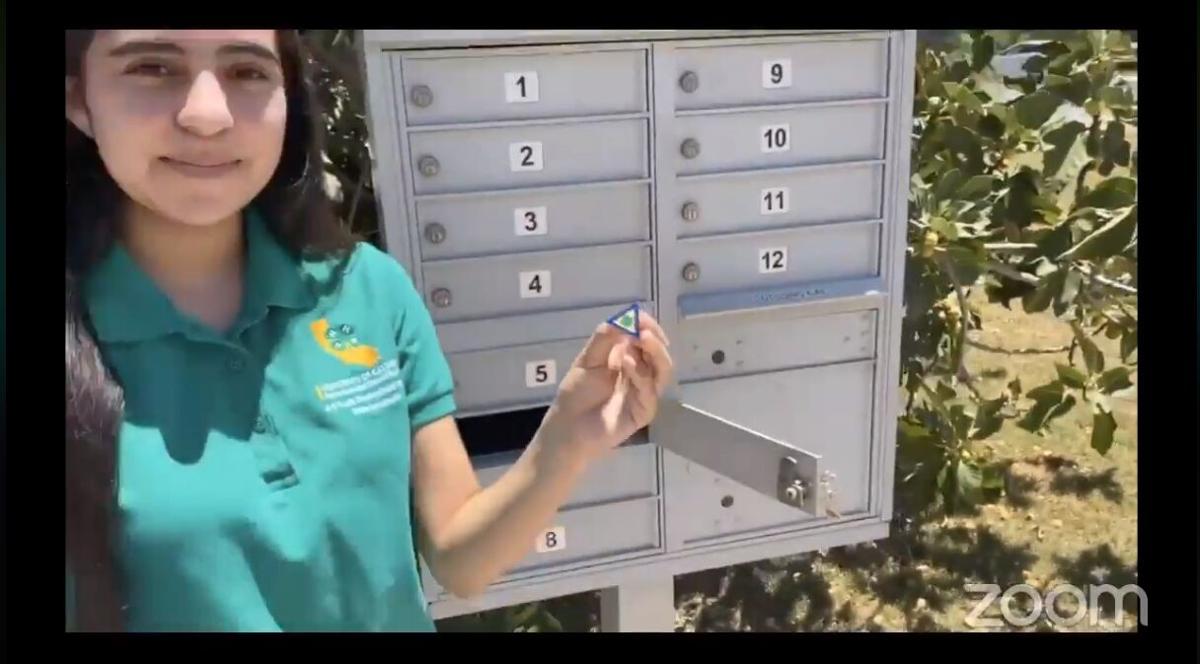 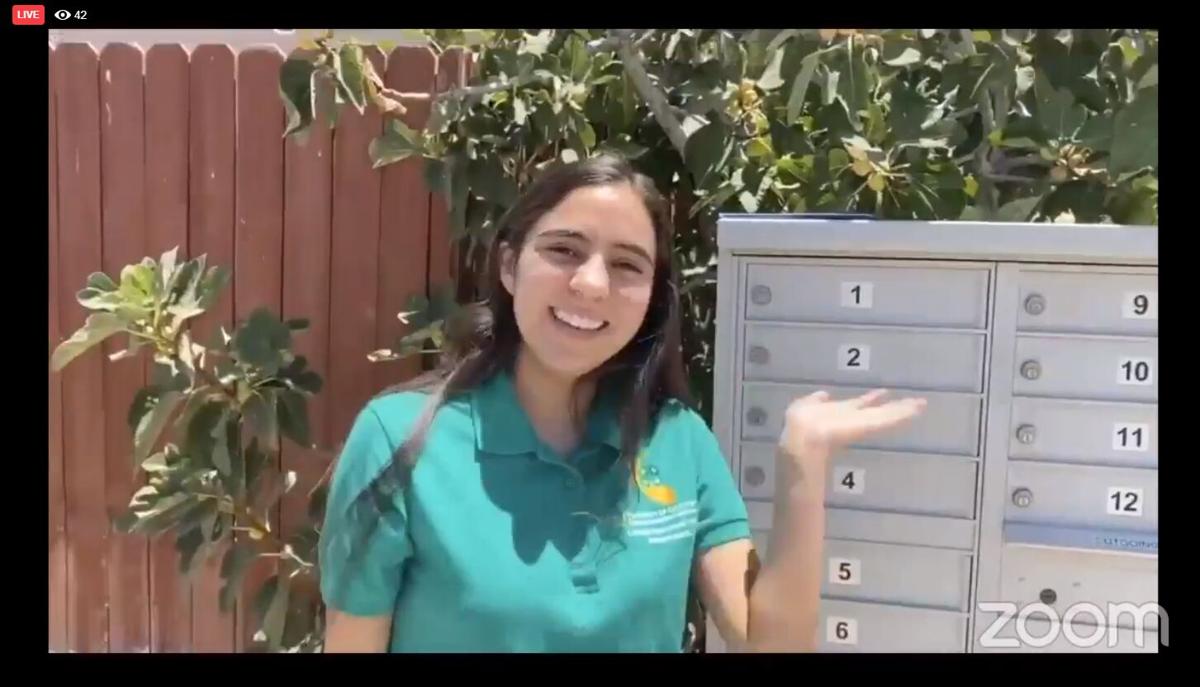 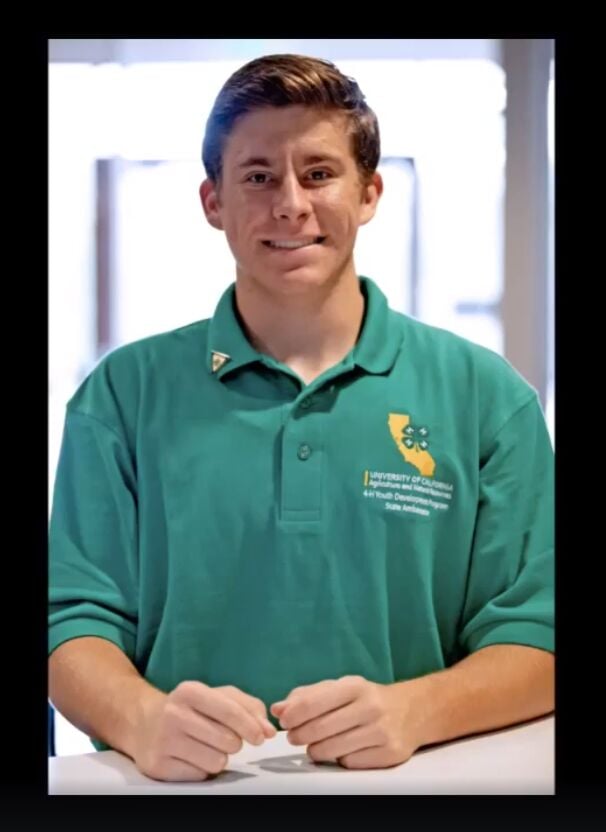 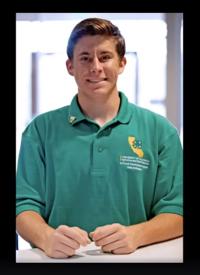 DAVIS — The California 4-H Youth Development Program year came to an end Sunday, July 26, but not without recognition for the State Ambassador team, including two from Imperial County.

The Leadership Conference is an annual event, usually held on the campus of University of California, Davis by the state 4-H program in order to build leadership skills in 4-H youth members and enable them to have experiences in the real world, while celebrating some of the highest-level awards in 4-H member achievement, said Jenna Colburn, 4-H State Ambassador team advisor.

The SLC Closing Assembly was re-worked for online delivery due to the COVID-19 pandemic, yet still came complete with online workshops for 4-H members, trainings, and virtual tours of the Davis area — which were led and presented by the State Ambassador team.

“Traditionally the SLC is kind of the culmination of the program year,” Colburn said. “We celebrate our highest-level awards, our State Ambassador team that's been working for 15 months, and then we bring in our new team (for the next year) that will start next week.”

Colburn said the hard work of the eight-person State Ambassador team — of which Ortiz and Minnick were a part — was very impressive, not just for the SLC online event preparation and broadcasting, but throughout the full 4-H year.

“We've had many successes as a team,” Colburn said. “We've built high quality workshops; we've learned to work in a youth-adult partnership. We worked hard to select an educational platform meant to important life skills on the 4-H membership, communication, networking, and goal setting.”

These kids have really been working,” Colburn said. “Just because we're in a virtual format, don't kid yourself, it is hard work. In some cases, it's harder because you have to be even more entertaining and we want to be as engaging as we can, and this is new to us.”

But even with all the challenges, postponements, virtual re-workings, and missed trip opportunities due to COVID, the Valley youths seemed to have still soaked up the essence of what the 4-H program is — an intricate level of mentorship and community and a second 4-H family — Colburn said.

“I'm from a small club — the Calipatria 4-H Club — so it even feels more cozy I guess you could say,” Ortiz said. “I think it was definitely hard coming from a small club because I didn't have anybody from my club that was a county ambassador or that even went to county events,” she said of her early 4-H experiences, having been in the program for the last 13 years.

Ortiz said it was the promptings from a friend in Brawley’s Magnolia 4-H which enabled her to go to events, which in turn, ignited her desire to rev up the 4-H experience — not just for herself, but for her entire Calipatria-based club.

“Then from there I was like, ‘Oh no, Calipat needs this,’" Ortiz said. “So, I kind of like chose myself to be like a (club) spokesperson.”

Ortiz said initially 4-H workings at the state level were a bit overwhelming for her, being from a small club in a small town and then being introduced to the sheer numbers of attendees at state level events. She said once she thought about how to interact with others and began to calm herself, it was not hard to connect with members from other parts of the State.

Ortiz plans to study with University of California, Los Angeles this fall as an incoming freshman, majoring in human biology and gunning for a track as a pre-med.

Minnick said his road to state went through local 4-H clubs Star Route and Southwest Valley — both of which he is still a member of — drawing on the strengths of the clubs via state level 4-H award competitions and raising animals.

From there Minnick started making it a point to learn more about the application processes for becoming county and later state ambassadors, making new friends, and having fun experiences with them as he eventually learned about the Student Leadership Concert.

“But coming from a little club and becoming one of the biggest roles you can be in 4-H was … looking back it doesn't seem like it was that hard but when you think about it, there's times where I wanted to quit,” Minnick said. “I didn't want to do this anymore, but I just had to learn how to persevere and get through the rough times to the fun times.”

Minnick said his decision to come back as a 4-H state ambassador for a second year was not only due to the fun he had in this closing year, but also due to his parents’ promptings on college preparedness and keeping academically busy, rather than taking an easier route for his upcoming senior year of high school.

“4-H changes you and it's always in a positive way,” Minnick said.

Though he is going into his senior year at Imperial High School, Minnick said he is already looking into attending Oklahoma State University after graduation.

Martinez said all three of the 2020-2021 Imperial County Ambassadors — Addison Holbrook, Rhett Smelser, and Cooper Griffith — have aspirations to apply for state ambassador positions in the future.

“This group extremely motivated to go as far as they can and they're all incoming sophomores, so they have plenty of time to head to that level,” Martinez said.

Martinez said even though Minnick and Ortiz have moved on to state and will be moving on to college in the near future, their local 4-H ties will always linger.