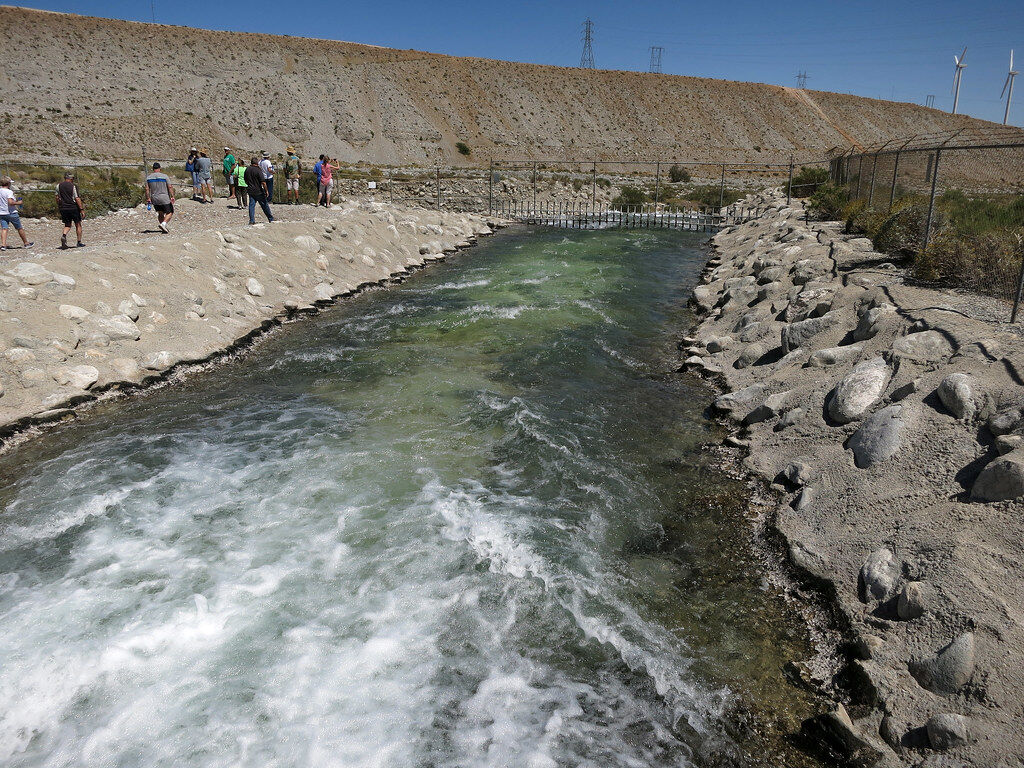 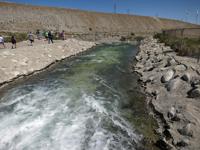 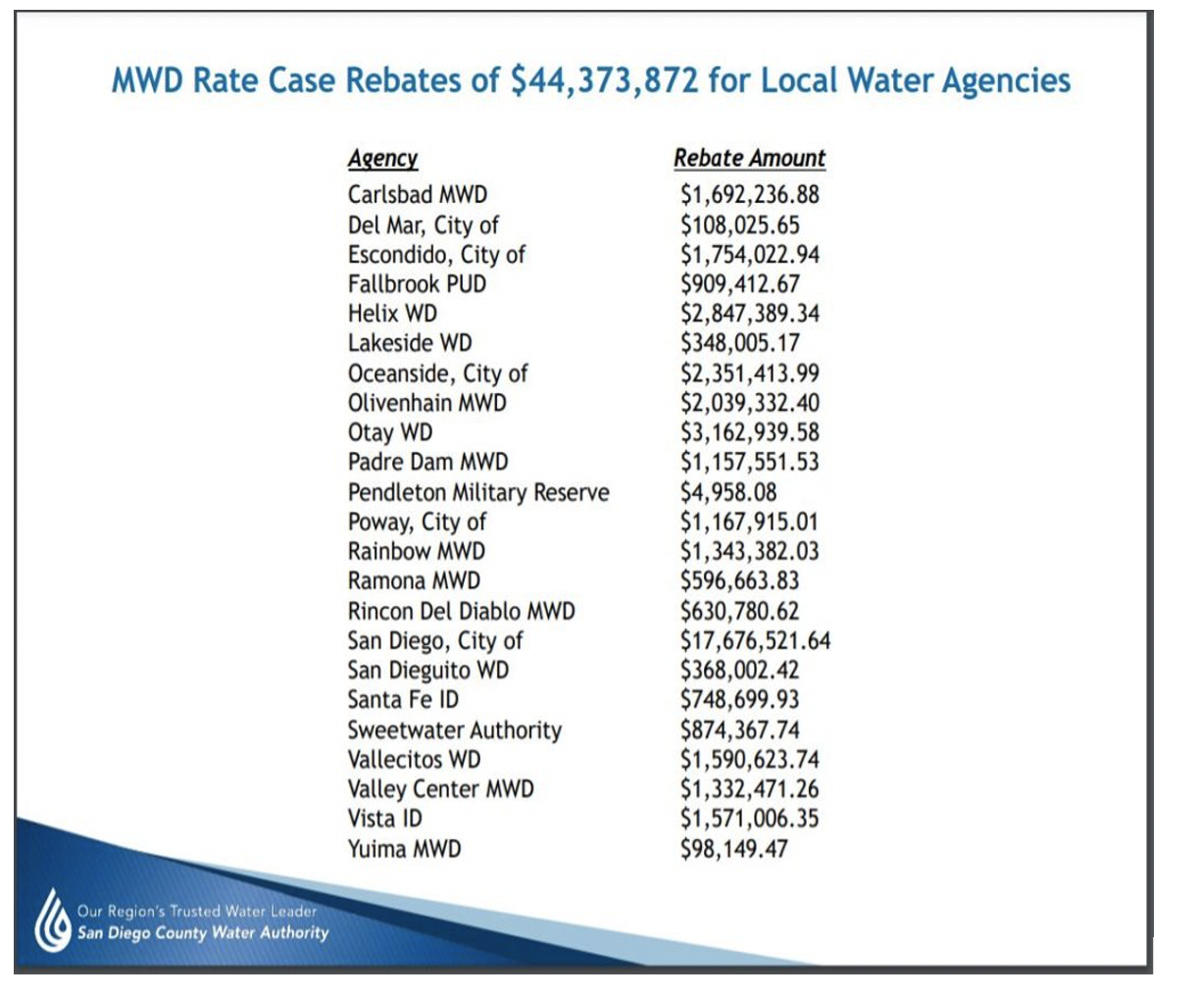 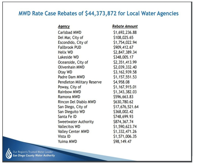 SAN DIEGO – The San Diego County Water Authority’s Board of Directors in February 2021 announced a plan to distribute a rebate of $44.4 million to its 24 member agencies across the region after receiving a check for that amount from the Los Angeles-based Metropolitan Water District of Southern California to pay legal damages and interest, according to a SDCWA press release.

The money resulted from the Water Authority’s decade-long rate case litigation in state Superior Court seeking to compel MWD to set legal rates and repay overcharges. The Water Authority won several critical issues in cases covering 2011-2014 and was deemed the prevailing party, which means the agency is also owed legal fees and charges in addition to the recent damages and interest payment from MWD, per the report. The court rulings will also help avoid future overcharges and thereby minimize future disputes over MWD’s unlawful Water Stewardship Rate for transporting the Water Authority’s independent water supplies through MWD facilities. Those charges – if they had continued – would have cost San Diego County residents more than $500 million over the life of the Water Authority’s water delivery contract with MWD.

In February 2020, the Water Authority’s Board of Directors voted to dismiss certain issues from the litigation after securing more than $350 million in local project subsidy benefits for the San Diego region. In doing so, the Water Authority acknowledged the MWD Board action to stop imposing its Water Stewardship Rate for transporting the Water Authority’s independent supplies, thus resolving for now that issue in future rate years, according to the press release.

In January 2021, the San Francisco Superior Court has ruled the San Diego County Water Authority is the prevailing party in the agency’s first two lawsuits to be heard challenging rates and charges set by the Los Angeles-based Metropolitan Water District of Southern California, according to the report. The order entitles the Water Authority to recover its attorneys’ fees and costs in those cases, in addition to a $44 million damage and interest award made earlier.

“San Diego prevailed, and the judgment not only benefits its own ratepayers but all of the nearly 19 million people in Metropolitan’s service area because enforcing cost-of-service principles serves the interest of all ratepayers,” said Superior Court Judge Anne-Christine Massullo in her Jan. 13 order, which can be appealed. The exact amount of recoverable fees will be decided later.

Water ratepayers across the San Diego region derived significant benefits from the litigation. Rulings in the 2011-2014 cases include:

The Water Authority has additional cases challenging MWD’s rates from 2015-2020 that have been stayed in Superior Court while the appellate proceedings were ongoing.